7 Most Unique Movies Released In 2020 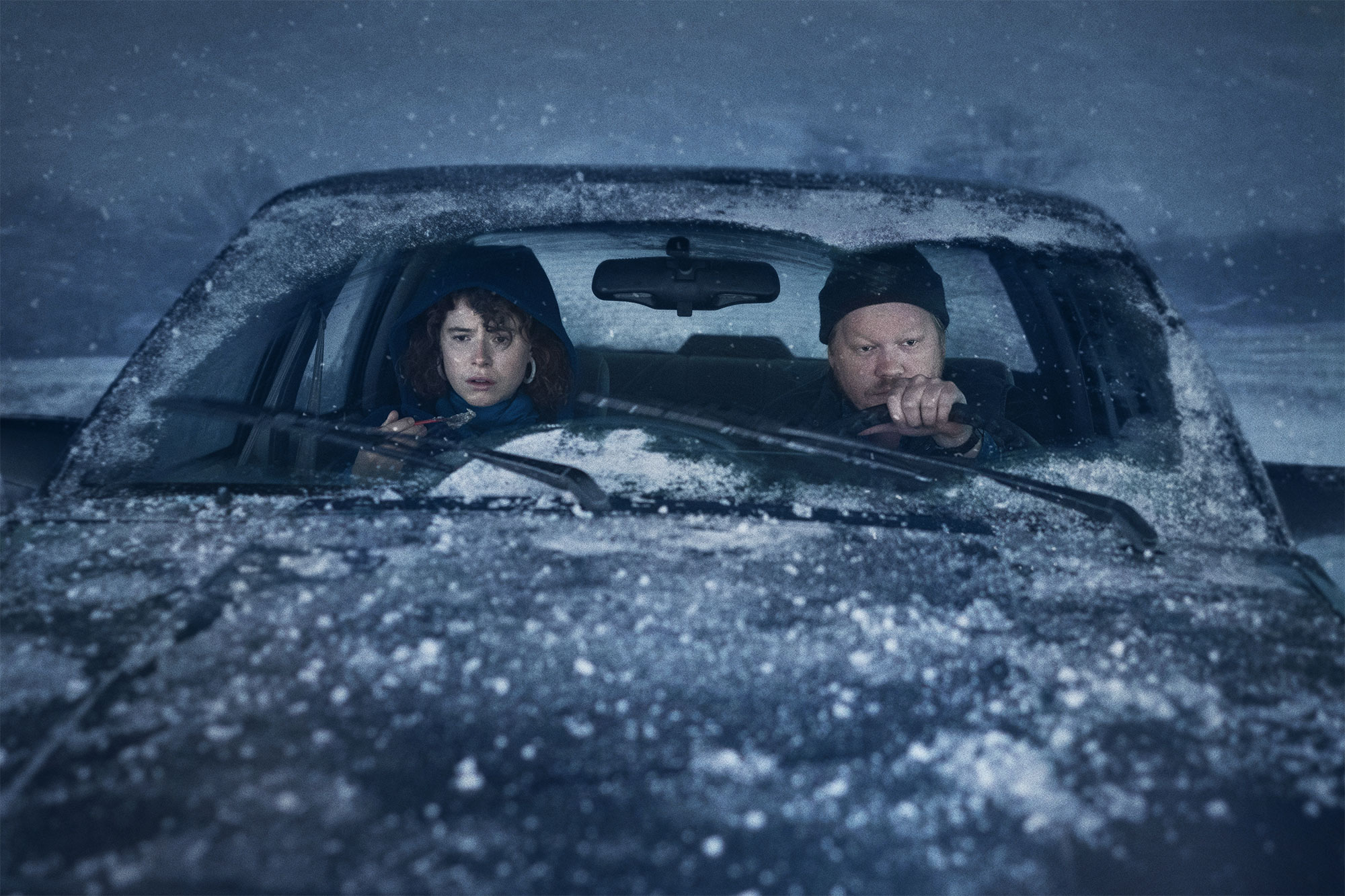 Whether it’s a unique premise, character, twist, or world, a unique movie can take you completely by surprise and give you some of the most rewarding cinematic experiences. Unique can be a pretty vague term to use so before we go into the most unique movies released in 2020 we need to define what makes a movie unique.

In this blog, we will be defining a unique movie as a movie with a distinct element that differentiates it from the typical movies released in its genre. Parasite is a unique film that took the world by storm because of the compelling premise and the unexpected genre shift that takes place in the middle of the film. Let’s take a look at the 7 Most Unique Movies Released in 2020.

If you are into micro-budget independent films written by a director who is making his feature-length debut, then you’ll want to check out Uncanny Harbor. Taking place in a seaside New England town, Uncanny Harbor is about a recluse fisherman who suddenly has emerging memories of his missing wife and what actually happened on the night she vanished 25 years prior. The world built in Uncanny Harbor is ominous, foreboding, and shrouded in mystery but the 2nd half is when the twists and turns come out full force.

What Makes The Film Unique: The film is unique, not in the story it has, but in how that story is presented to the audience. We begin thinking this is a typical investigation into a woman’s disappearance but by the middle of the film we realize that nothing about this is typical. The major shift that takes place in the film makes Uncanny Harbor walk the line between horror, thriller, and Sci-Fi.

Where To Watch Uncanny Harbor 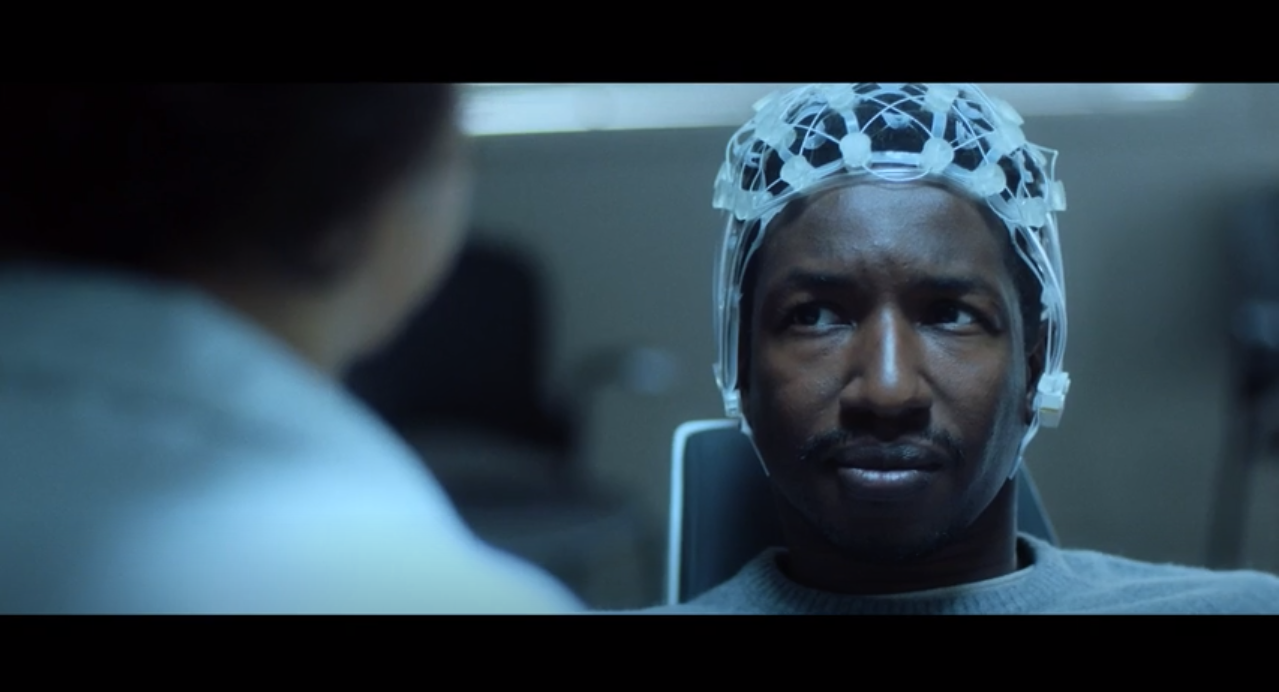 How the human mind handles trauma has gripped storytellers for centuries. In the same vein as Wander Darkly, Black Box is about a single father who undergoes an experimental memory recovery treatment after a traumatic accident. The film never descends into the horror it was marketed to be but the unsettling atmosphere remains all the same.

What Makes The Film Unique: Black Box puts its own spin on the subject of how trauma affects our memories. The twists that take place within the film shifts the plot in a direction you wouldn’t expect beforehand.

Where To Watch Black Box 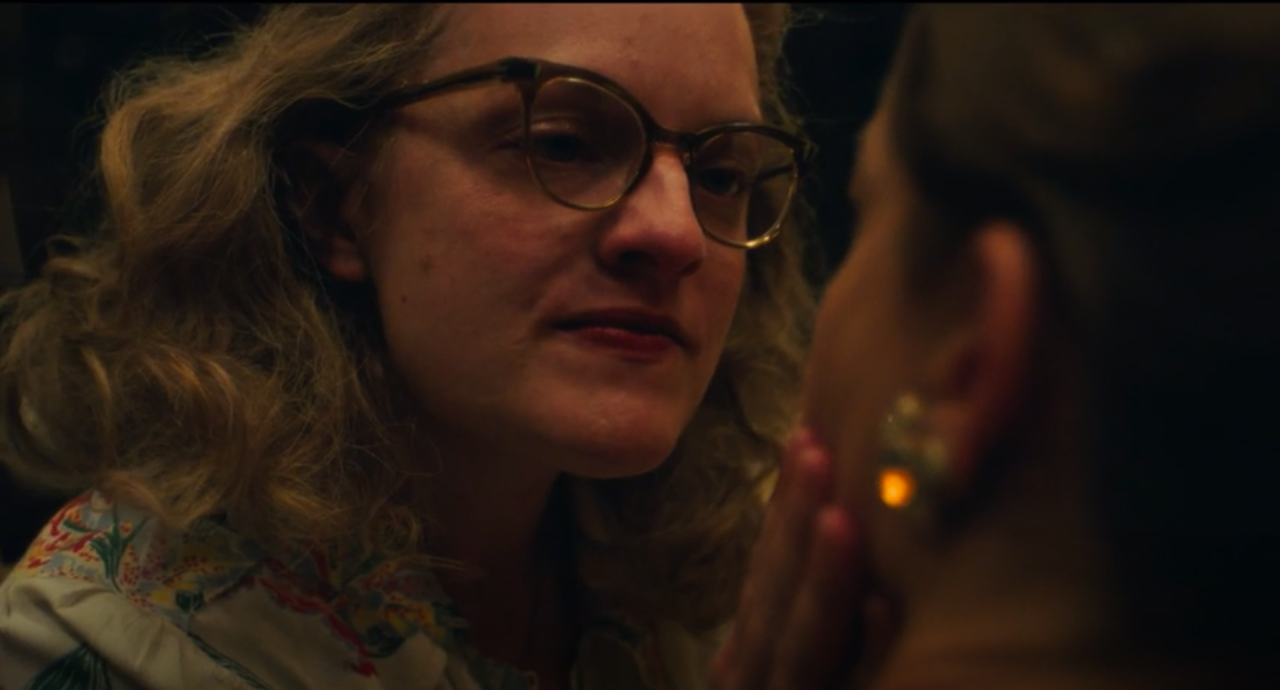 Elizabeth Moss is proving herself to be a force to be reckoned with in each new role she plays. In Shirley, Moss plays Shirley Jackson, a real-life 20th-century author. Shirley gets the idea for her new book after a young couple moves in with her and her husband. The film is inspired by Shirley Jackson as she writes her 2nd novel, Hangsaman. The film combines both fiction and fact to create an engrossing fantasy that you can’t turn away from.

What Makes The Film Unique: The film is a biopic that blends real and fictitious events into a story that gives you a glimpse into Shirley’s inscrutable mind.

Where To Watch Shirley 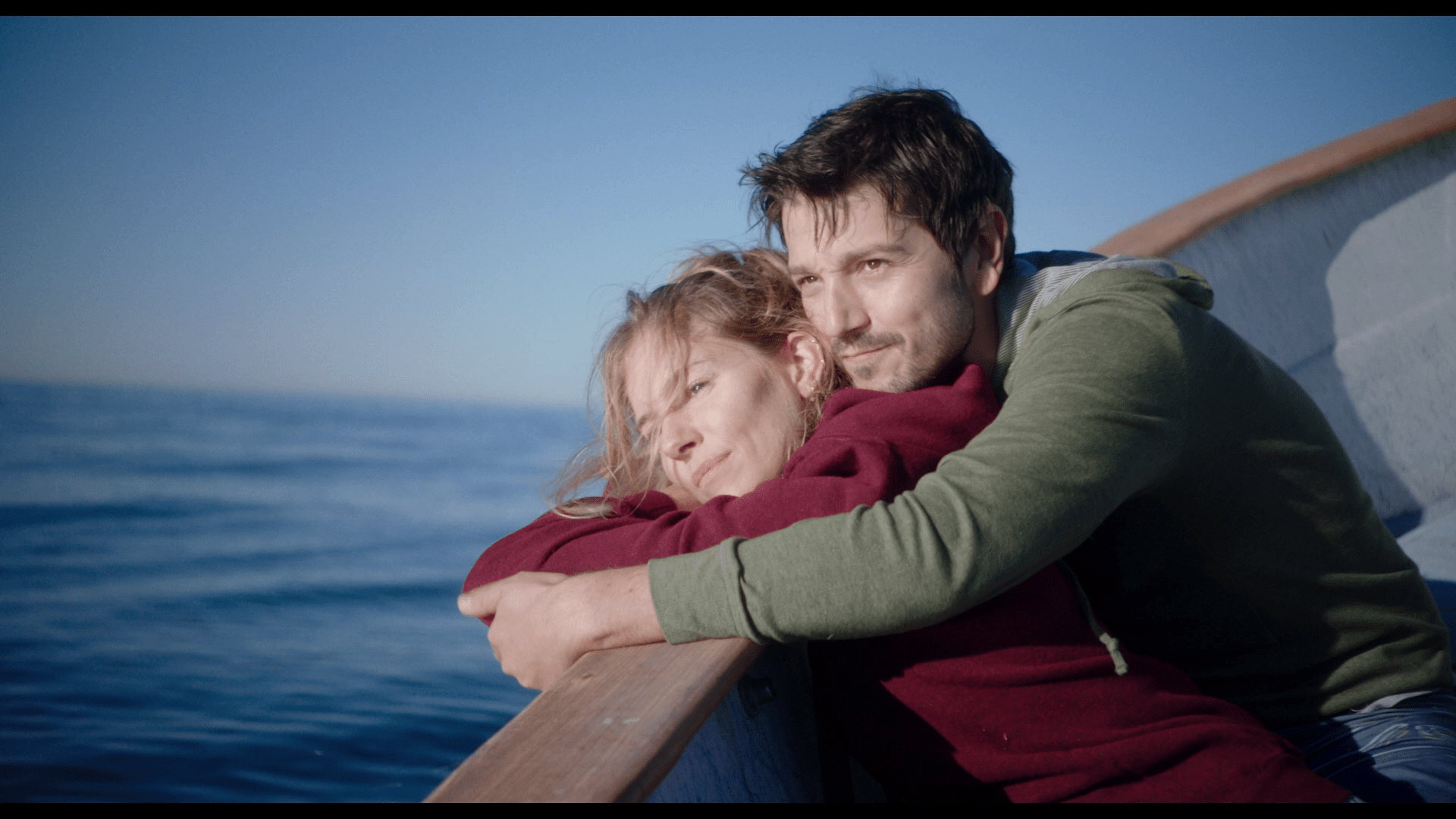 Wander Darkly is a beautifully creative film that presents a couple’s relationship through their memories. The film is reminiscent of Eternal Sunshine Of The Spotless Mind where memory is presented as a living, changing entity. Wander Darkly is about a couple who relives their relationship after a near-death experience leaves them in a state between life and death. Throughout the film, we are left questioning if the main characters are alive, dead, or in a supernatural state.

What Makes The Film Unique: The unknown nature of the couple’s surreal state after a near-death experience keeps you engaged throughout the film. As we delve deeper into their relationship, the characters become 3-dimensional people who we want to root for.

Where To Watch Wander Darkly 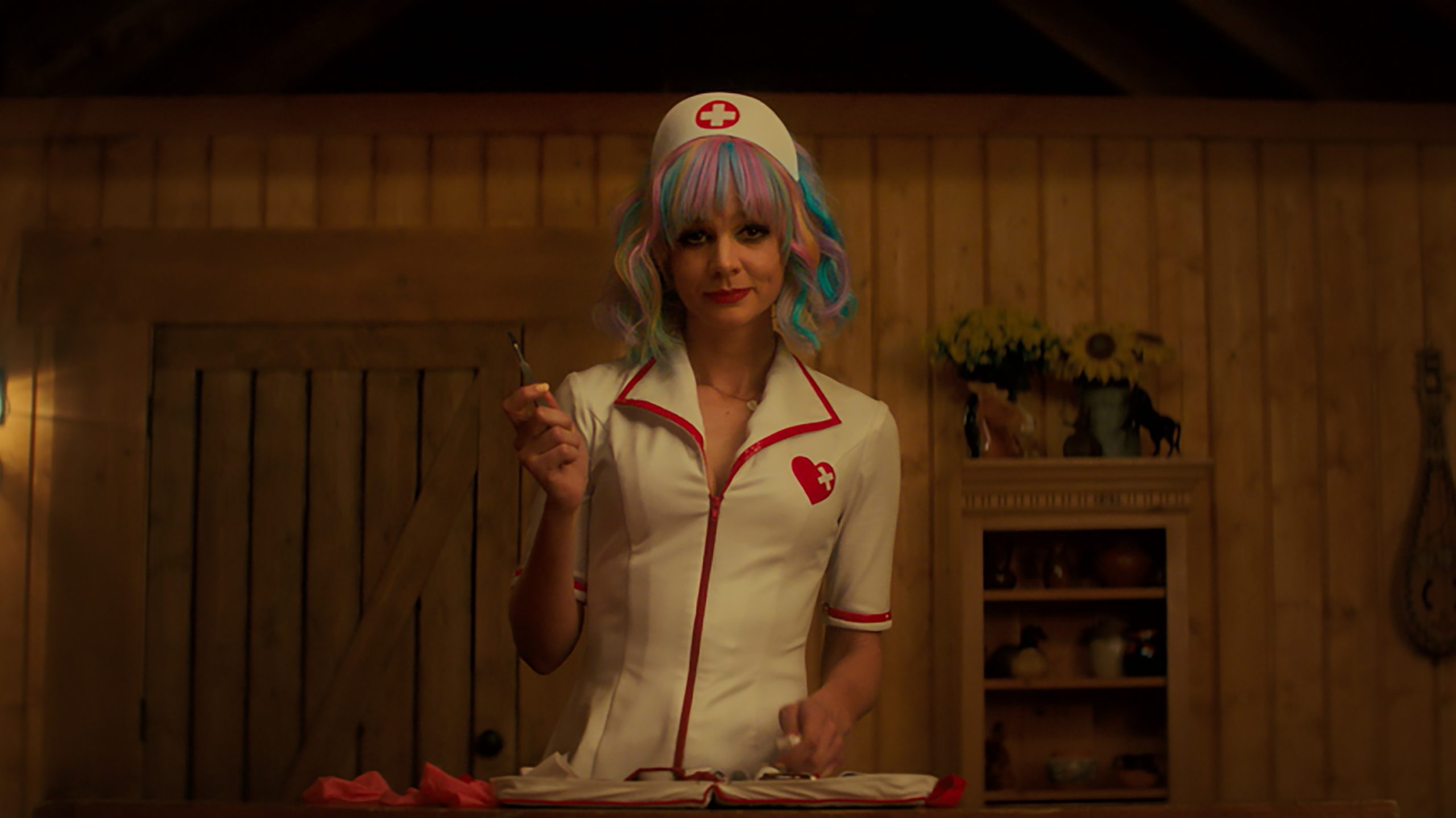 Promising Young Woman is Emerald Fennell’s writer/director debut feature film. It’s a strong, bold film for a first-time director with an intense final act. The film is about a woman who is traumatized by a past event and seeks revenge on the people responsible. Fennell’s film deals with many controversial topics particularly surrounding the #MeToo movement but the statement the film makes is clear and impactful. Cassie, the protagonist, is a character that is sure to stick with you long after the film has ended.

What Makes The Film Unique: The premise is what really makes the film stand out. Cassie spends her free time acting as a vigilante for women who get taken advantage of by men. She acts overly drunk at bars just to lure “nice guys” into trying to take advantage of her when actually, that’s when her trap for them is sprung.

Where To Watch Promising Young Woman 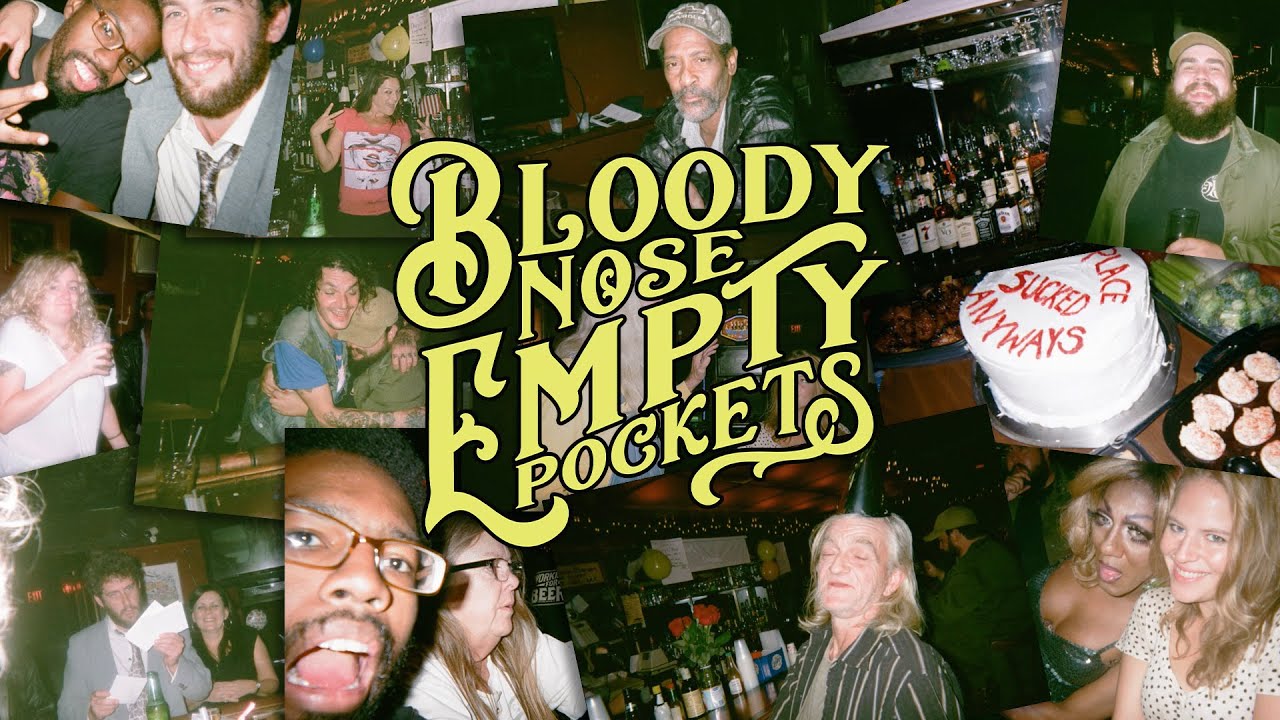 If you like people-watching, you will love Bloody Nose Empty Pockets. The entire film revolves around patrons enjoying their last night in a closing Las Vegas bar. The film is a fictitious documentary — which is a film shot in a documentary style but that is also completely staged. You would never know that just by watching it. The actors, some of who are actual actors and others who are just playing themselves, do a remarkable job of bringing an authentic humanity to their roles. The film poignantly captures that the bar isn’t just a bar to the patrons, it’s a safe haven for them, for lost souls.

What Makes The Film Unique: There’s no overarching story to follow but there is still a lot of depth in every scene. The meaningful interactions between characters reveal a lot about society and humanity in general. There isn’t a dull moment in this film.

Charlie Kauffman is known to create unique films. Being John Malkovich and Eternal Sunshine Of The Spotless Mind to name a few. Most recently he wrote and directed I’m Thinking Of Ending Things. The film is about a young woman who travels with her boyfriend to meet his parents on a secluded farm. The logline may seem simple but the film is far from that. The film takes a surreal approach to addressing existential questions about humanity. It’s a film you won’t understand until it’s over… and even then, you may still need to watch a few explainer videos on YouTube.

What Makes The Film Unique: We spend most of our time in a car but the clever dialogue and the dreamlike approach to crafting the story keeps you guessing throughout the entire film.

Where To Watch I’m Thinking Of Ending Things

The rise of independent films and the advancement of technology has helped the film industry amplify the voices of filmmakers all over the world. Now, there are more unique movies being created than ever before. We couldn’t include every unique movie that was released in 2020 in this blog post but we hope these 7 movies will give you a cinematic experience different from anything you’ve experienced before.