The creature feature is an underrated movie genre that has produced some of the most iconic horror films in history. The subgenre of horror and sci-fi centers around terrifying creatures, often mutated or otherwise genetically engineered, on a mission to destroy anything and anyone in its sight. A good creature feature creates a sense of dread as these ruthless beings either cause mass destruction, hunt humans, or both.

The versatility of the creature feature genre can lead to the creation of a variety of different films, ranging from comedy to dark horror. For this reason and more, creature features are cherished by audiences everywhere. In this blog post, we list the 15 best creature features you can enjoy watching with your friends on movie night.

15 Best Monster Movies To Add To Your Watchlist 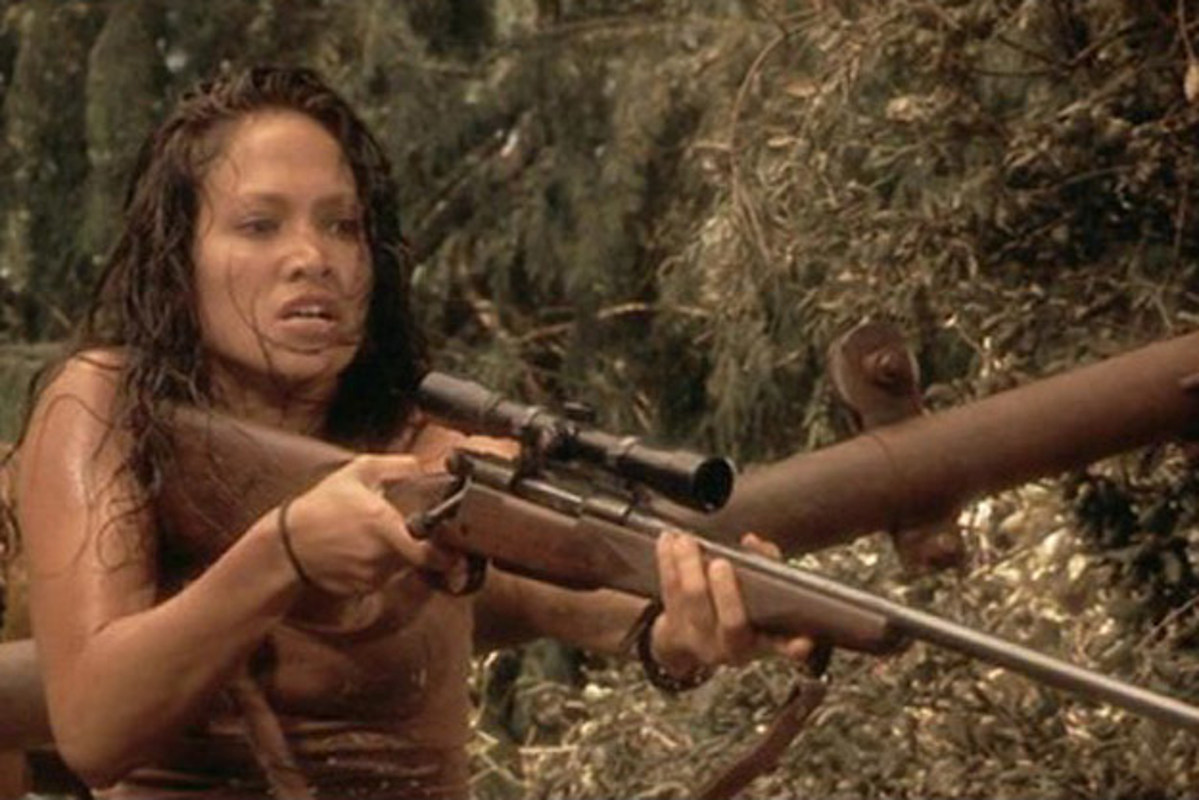 Creature features can be great because they are high quality or great because they are extremely low quality. The films with bad CGI and terrible acting are almost as beloved as the films backed by major Hollywood studios. Anaconda is a great example of a B movie that, if nothing else, is entertaining to watch. The movie is about a “National Geographic” film crew that’s taken hostage by an insane hunter, who forces them along on his quest to capture the world’s largest and deadliest snake. The film is filled with stars like Jennifer Lopez, Ice Cube, Owen Wilson, and even Danny Trejo. Jon Voight also stars as the villain with a performance that is completely over the top and an accent that is unforgivable. Anaconda is one of the best bad movies to watch because it doesn’t take itself seriously.

Where To Watch Anaconda 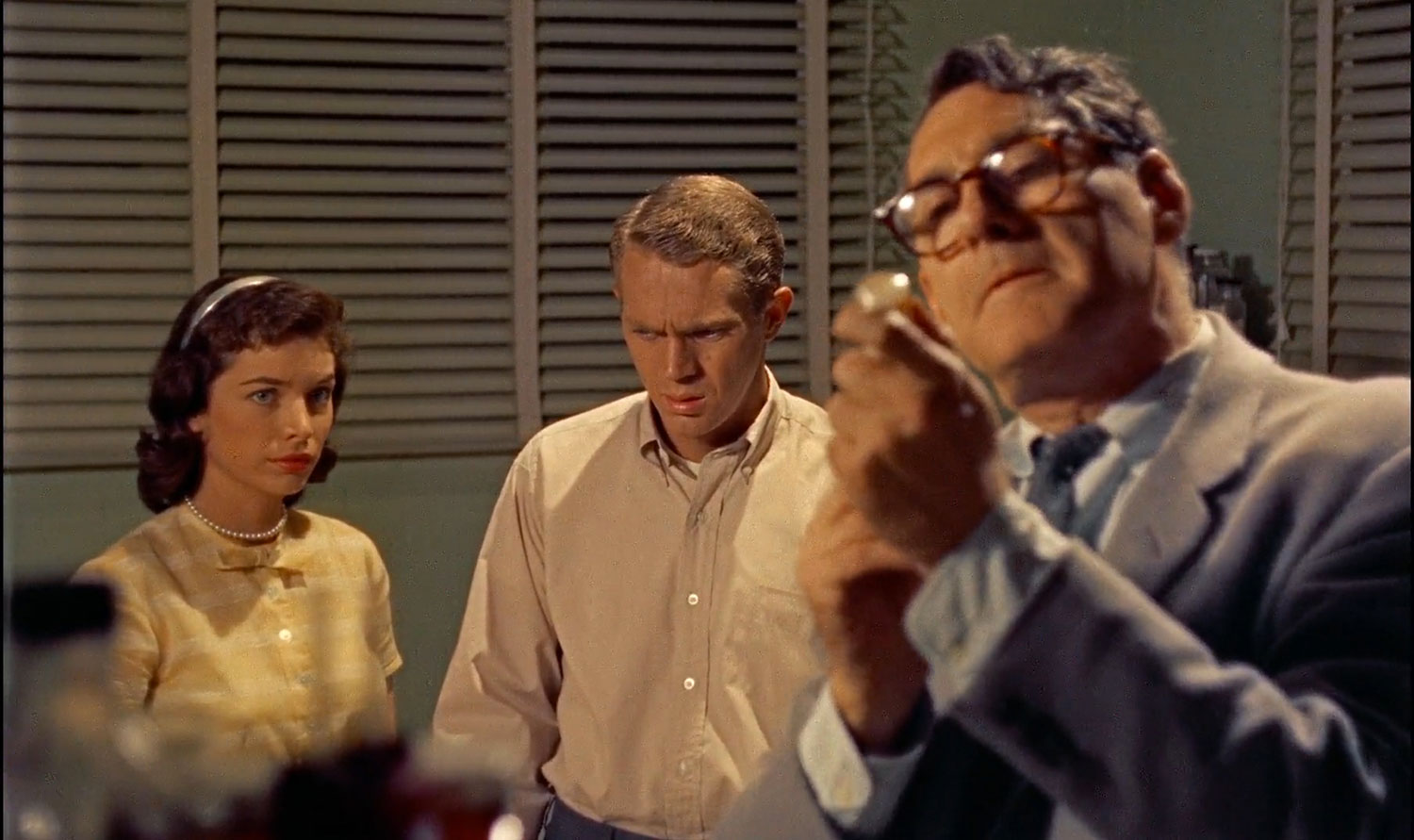 The Blob, originally released in 1958, was the original B movie creature feature. In the Golden Age of cinema, the B movie was actually a term for the second film in a double feature. Typically the less popular and lower budget movies were the B movies. However, The Blob quickly moved up to the main feature as the mysterious alien life form and cheesy SFX made The Blob a drive-in favorite. The movie is about an alien life form that consumes everything in its path as it grows and grows. The Blob (1958) is a flawed classic and the 80s remake improves on it where it needs to while retaining what worked in the original. 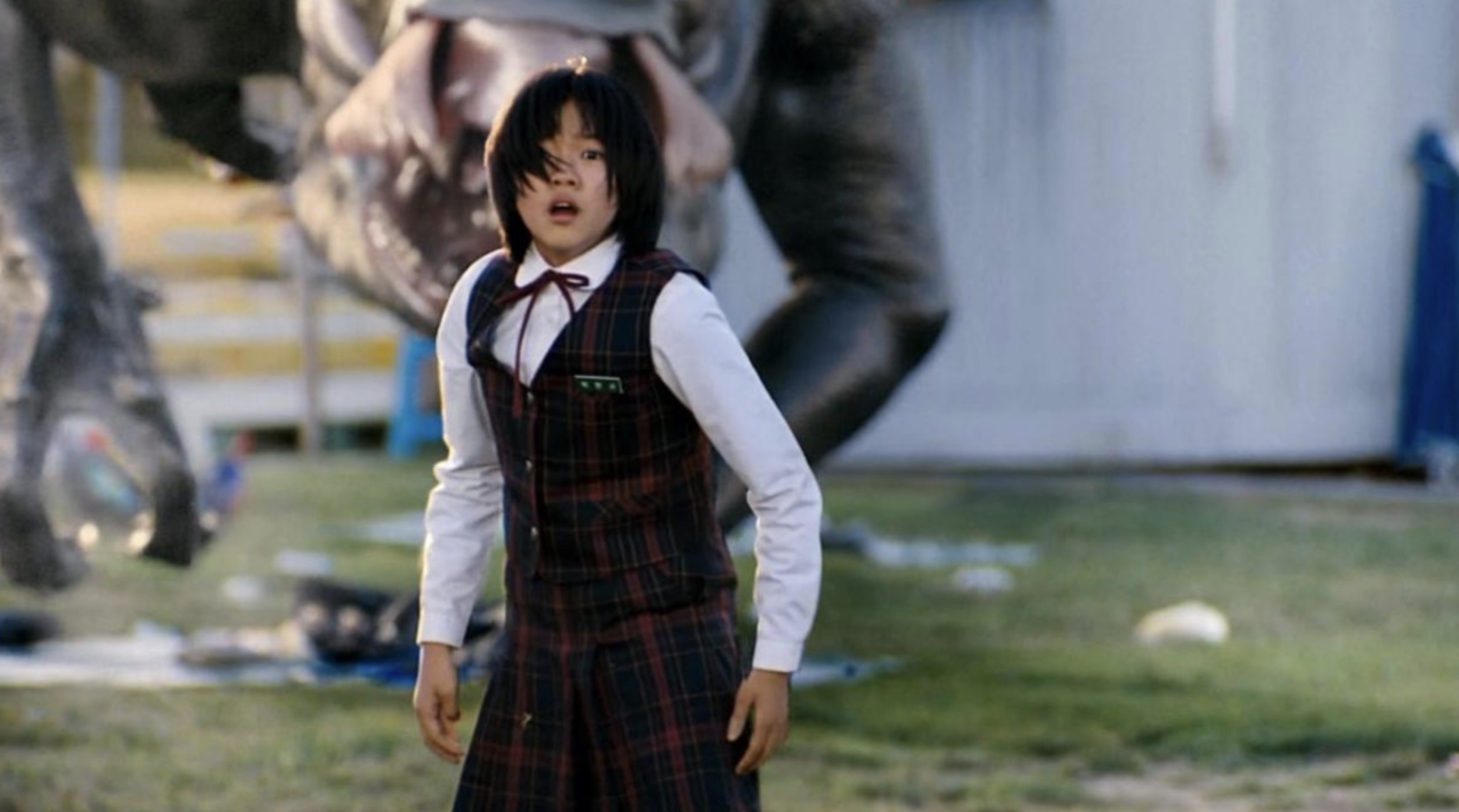 Bong Joon Ho recently came into the spotlight when he won two Oscars for the film Parasite in 2019. Before that, he was an up-and-coming indie director that created thrilling films like Snowpiercer and The Host. The Host is about a loving family that does what it can to rescue their child from the clutches of a monster that emerged from Seoul’s Han River. This creature feature has a combination of humor, horror, and mystery.

Where To Watch The Host

Piranha from 1978 is a classic B movie that balances tongue-in-cheek humor with convincing gore. It is a clear rip-off of Spielberg’s Jaws and doesn’t hide that fact. The movie is about guests of a summer resort who have to survive against flesh-eating Piranhas. Piranha hits all of the right buttons of a campy creature feature. It’s self-aware, has lots of gore, and doesn’t waste time showing what we want to see.

The Ritual is a chilling creature feature that could be described as a folklore horror. The premise of the film feels familiar but how the story unfolds is original and uniquely told. The movie is about a group of old college friends who reunite for a trip to a forest in Sweden, Eastern Europe, but encounter a menacing presence there stalking them. The Ritual keeps us guessing about the monster and has an uncommon monster character design.

Where To Watch The Ritual 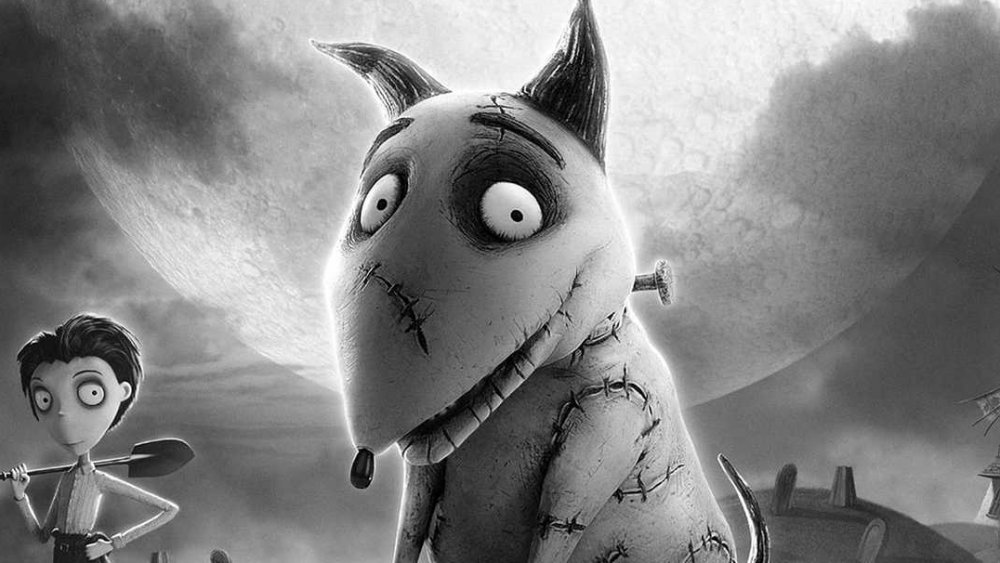 This Tim Burton film was made as a tribute to monster movies and horror classics. The animation was released in black and white and has obvious links to Frankenstein but you’ll find many references to other horror classics throughout the film as well. The movie is about a boy who attempts to bring his dog back to life through a powerful science experiment. In classic Tim Burton fashion, the stop motion animation adds a layer of macabre that fits the story well.

Where To Watch Frankenweenie 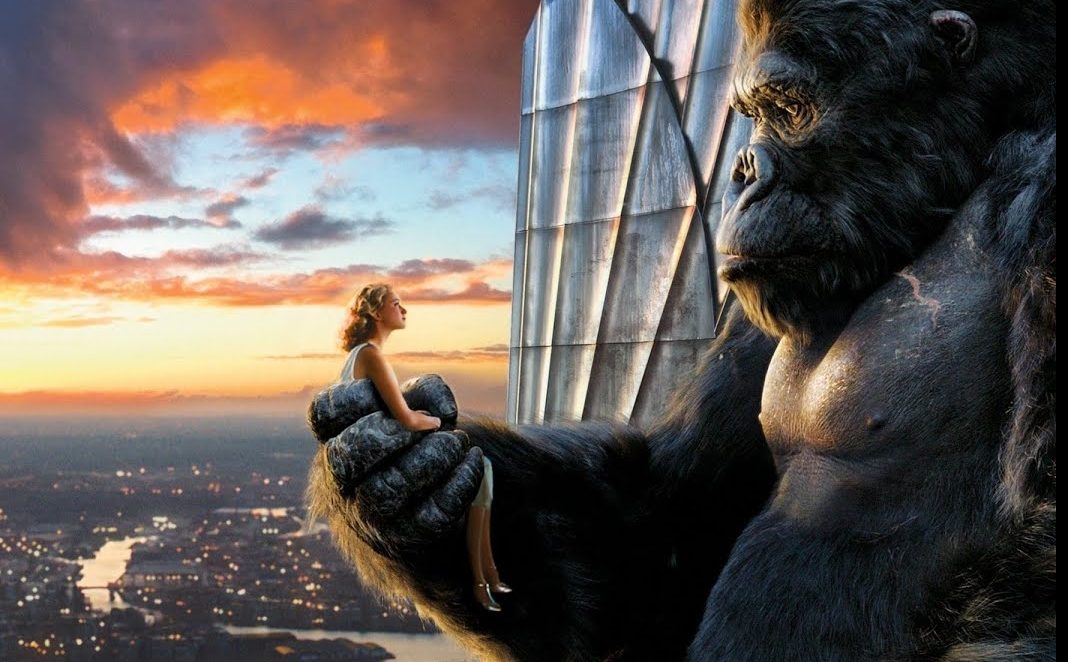 Peter Jackson’s King Kong remake is a visual spectacle that stays faithful to the 1933 original. It is also long-winded. Clocking in at a 3h and 7 minutes runtime, King Kong has a slow first half and an exciting finish. The movie is about a greedy film producer who assembles a team of filmmakers and sets out for the infamous Skull Island, where they find more than just cannibalistic natives. King Kong has an ensemble cast full of the likes of Naomi Watts, Jack Black, Adrien Brody, and Andy Serkis as Kong.

It Follows is a unique horror movie that works as a metaphor for STDs. The film also works as a version of the immortal snail hypothetical scenario where a person is given one million dollars and immortality with the caveat of always being chased by a snail that can kill you with a single touch. The horror is about a young woman who is followed by an unknown supernatural force after a sexual encounter. It Follows does not build its horror from jump scares. Instead, the film creates a palpable sense of dread that lingers with you long after the film has ended.

Where To Watch It Follows 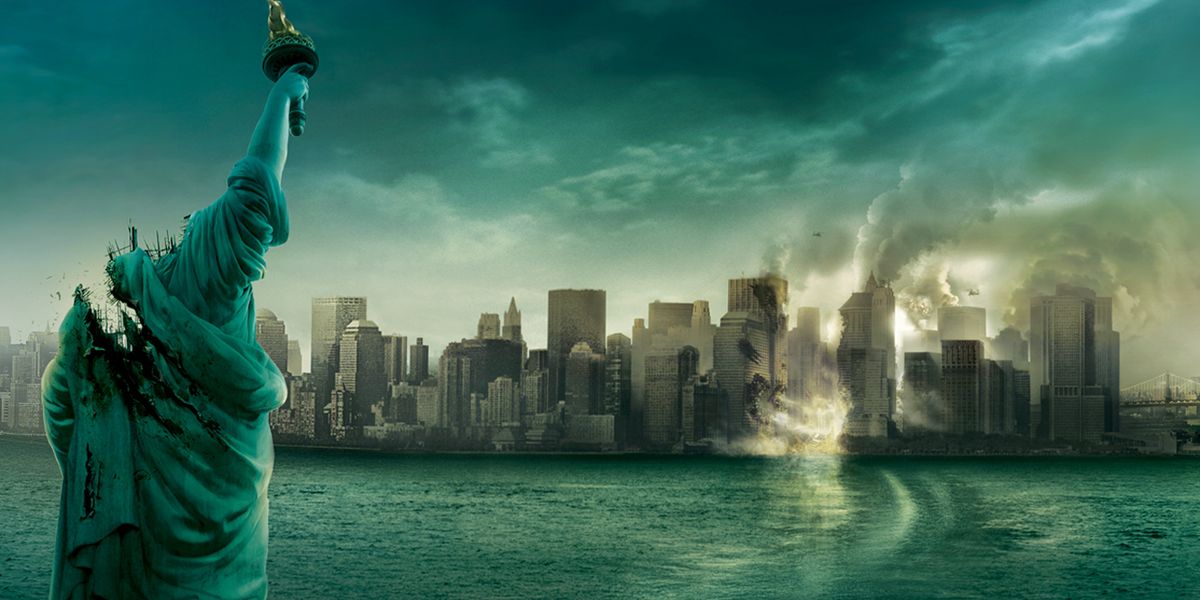 What makes Cloverfield so unique is that it’s a monster movie shot as a found footage film. Directed by Matt Reeves and produced by JJ Abrams, Cloverfield is about a group of friends who venture deep into the streets of New York on a rescue mission during a rampaging monster attack. Cloverfield proves to be kist as much of a mystery as it does an action sci-fi, which has led to the development of two sequels.

Where To Watch Cloverfield 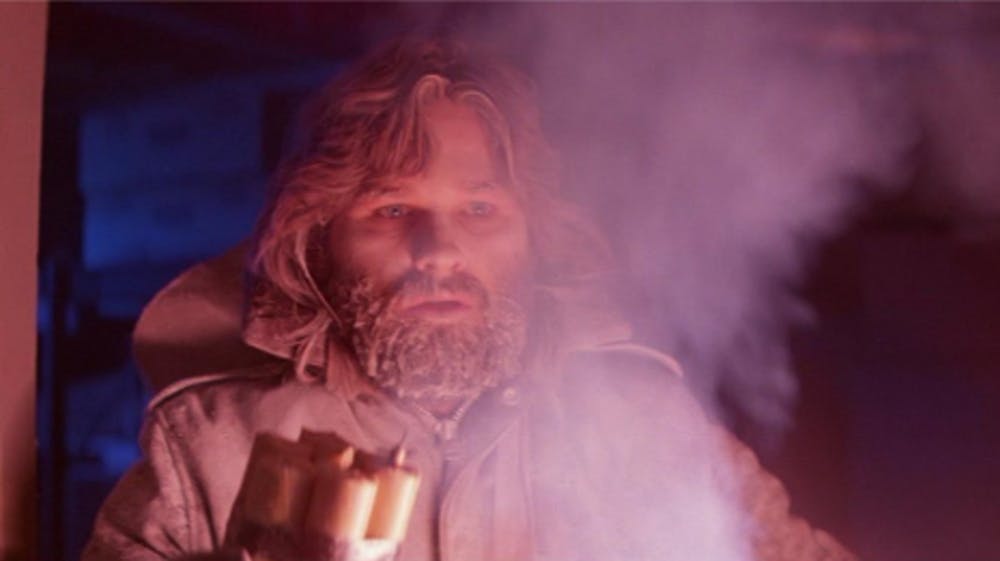 John Carpenter has created some of the most iconic horror movies of all time. One of those horror movies is The Thing. The Thing is about a research team in Antarctica that is hunted by a shape-shifting alien that assumes the appearance of its victims. The premise alone is unsettling enough and combined with Carpenter’s direction, the convincing SFX, and a claustrophobic setting, the unsettling atmosphere never lets up. The Thing is one of, if not the best, film John Carpenter has made.

Where To Watch The Thing 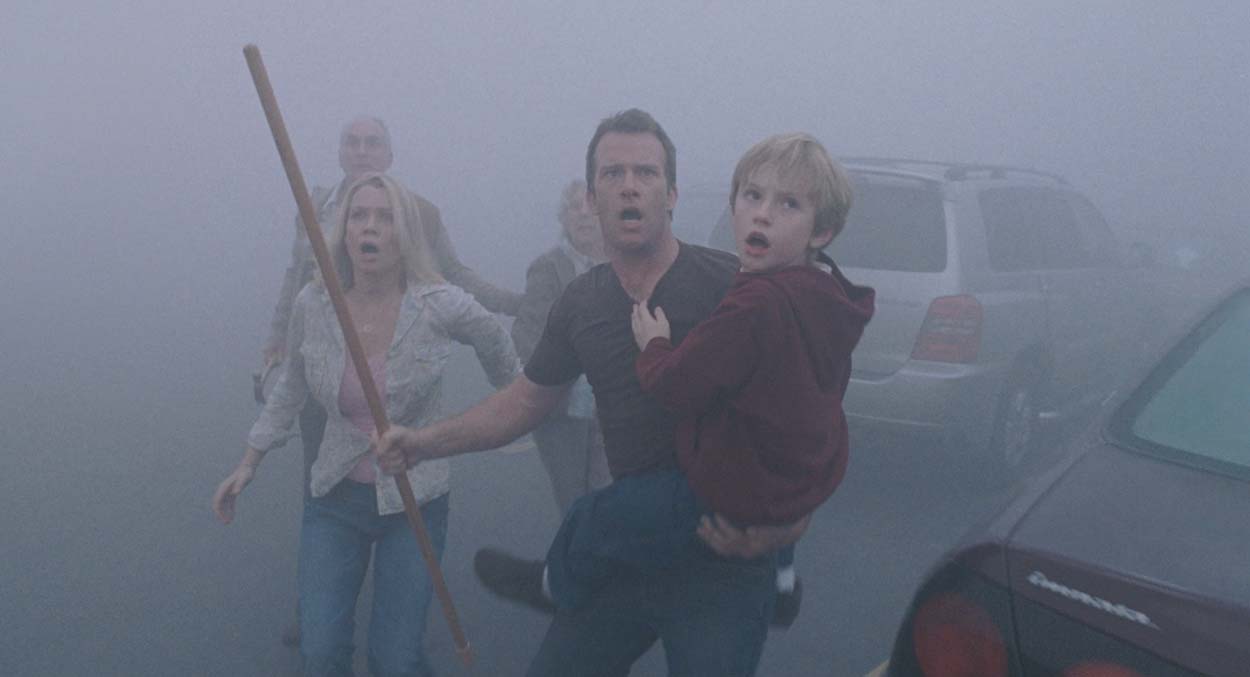 Although The Mist has many monsters, the focus of the film is on people and what they can become with enough fear. The movie is based on the Stephen King novel with the same name and King actually praised the movie for being better than his book. The Mist is about a freak storm that unleashes a species of bloodthirsty creatures on a small town, where a small band of citizens hole up in a supermarket and fight for their lives. The horror sci-fi tells a dark and claustrophobic story with one of the most shocking endings ever created.

Where To Watch The Mist 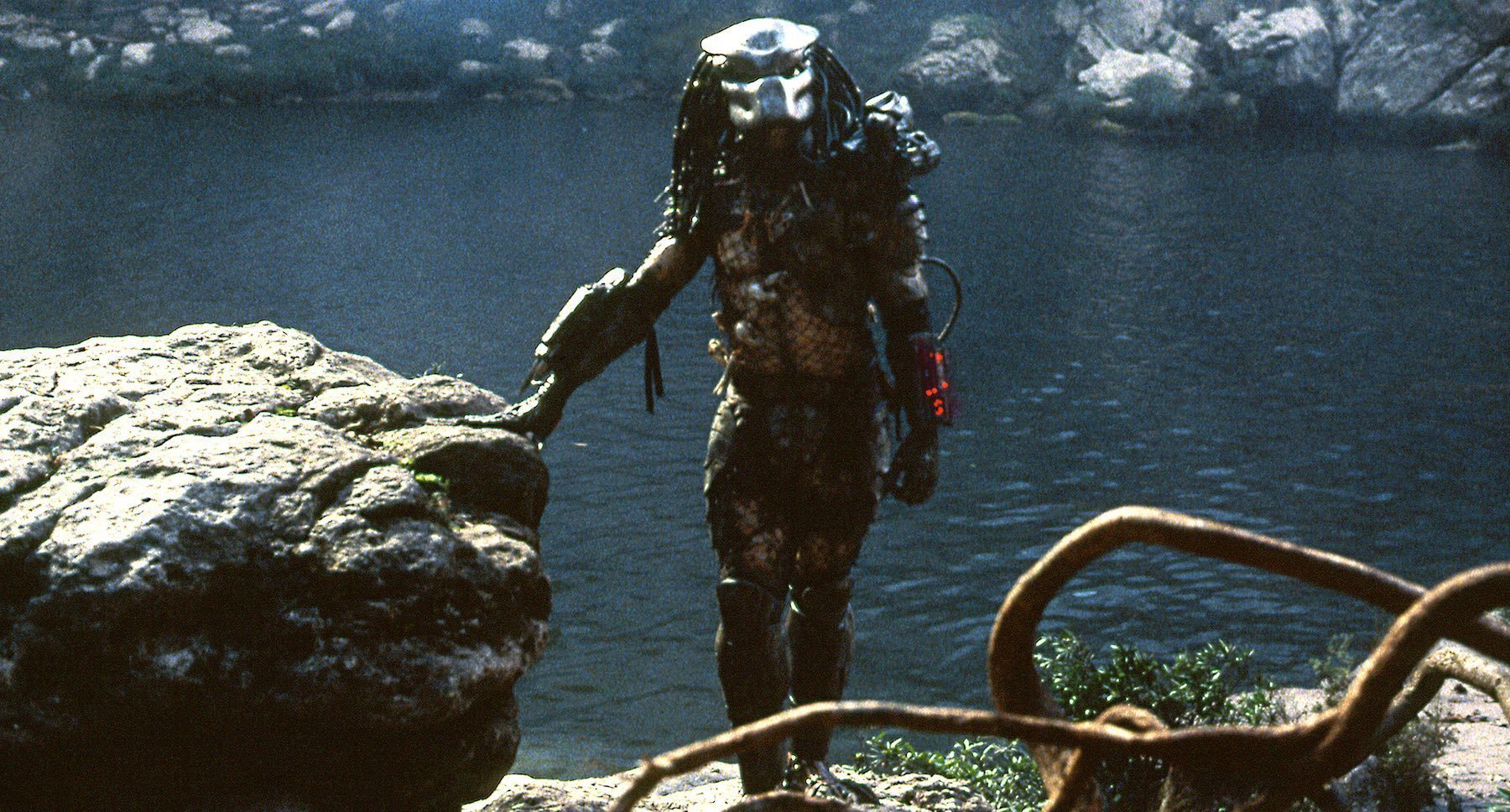 Similar to The Thing and Alien, Predator is a creature feature that centers around a mysterious and bloodthirsty extraterrestrial. The difference between The Predator and other aliens is that the Predator is intelligent and comes from a super-advanced society. In many ways, the humans are at a disadvantage fighting against The Predator and that’s what makes the movie so thrilling. Starring Arnold Schwarzenegger and Carl Weathers, the movie is about a team of commandos on a mission in a Central American jungle who find themselves hunted by an extraterrestrial warrior. The Predator is a blast of an action film that is also pure escapism.

Where To Watch The Predator 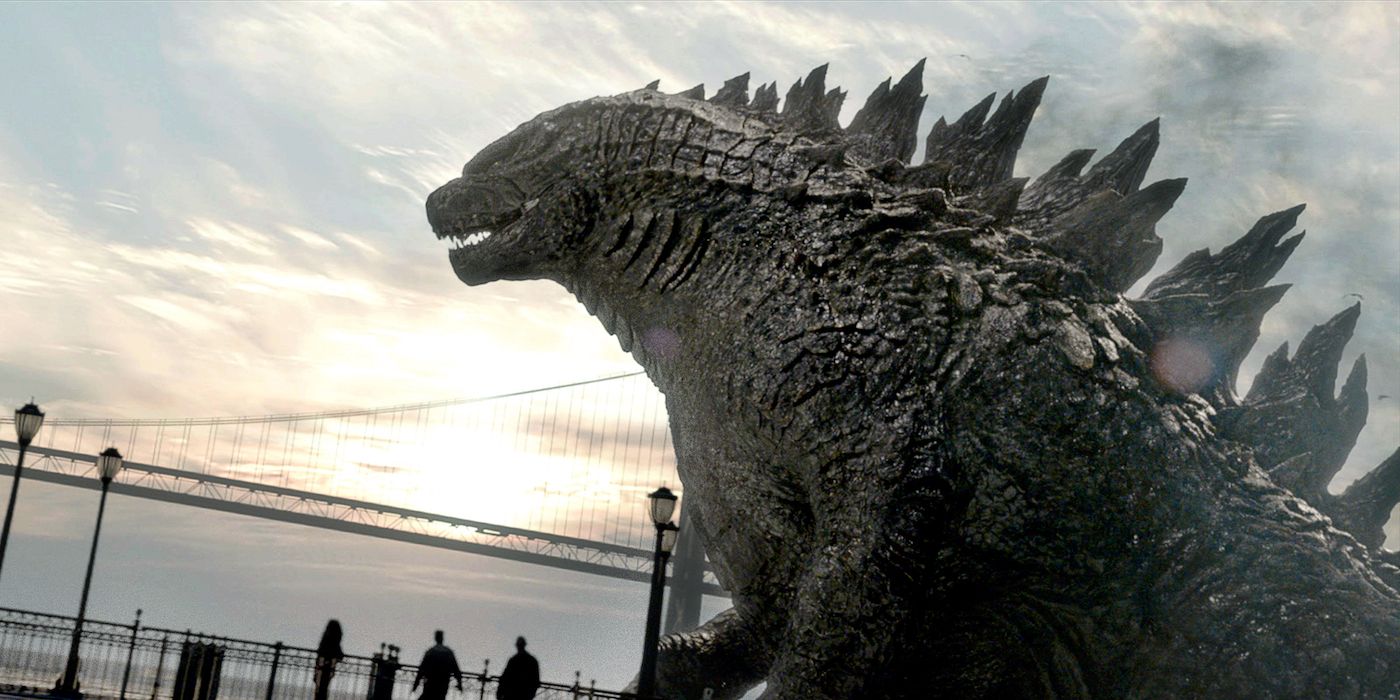 The Godzilla franchise has many entries dating all the way back to 1954. For this list of monster movies, we are recommending the Gareth Edwards Godzilla movie from 2014. Edward’s Godzilla is a great introduction to the character and the world of Warner Bros. Monsterverse. Plus, it’s a great movie all on its own. The movie is about the emergence of gigantic monstrous creatures, and one of them who may be the only one who can save humanity. The 2014 Godzilla movie revitalized the franchise and gave fans a new story for the titan.

Where To Watch Godzilla 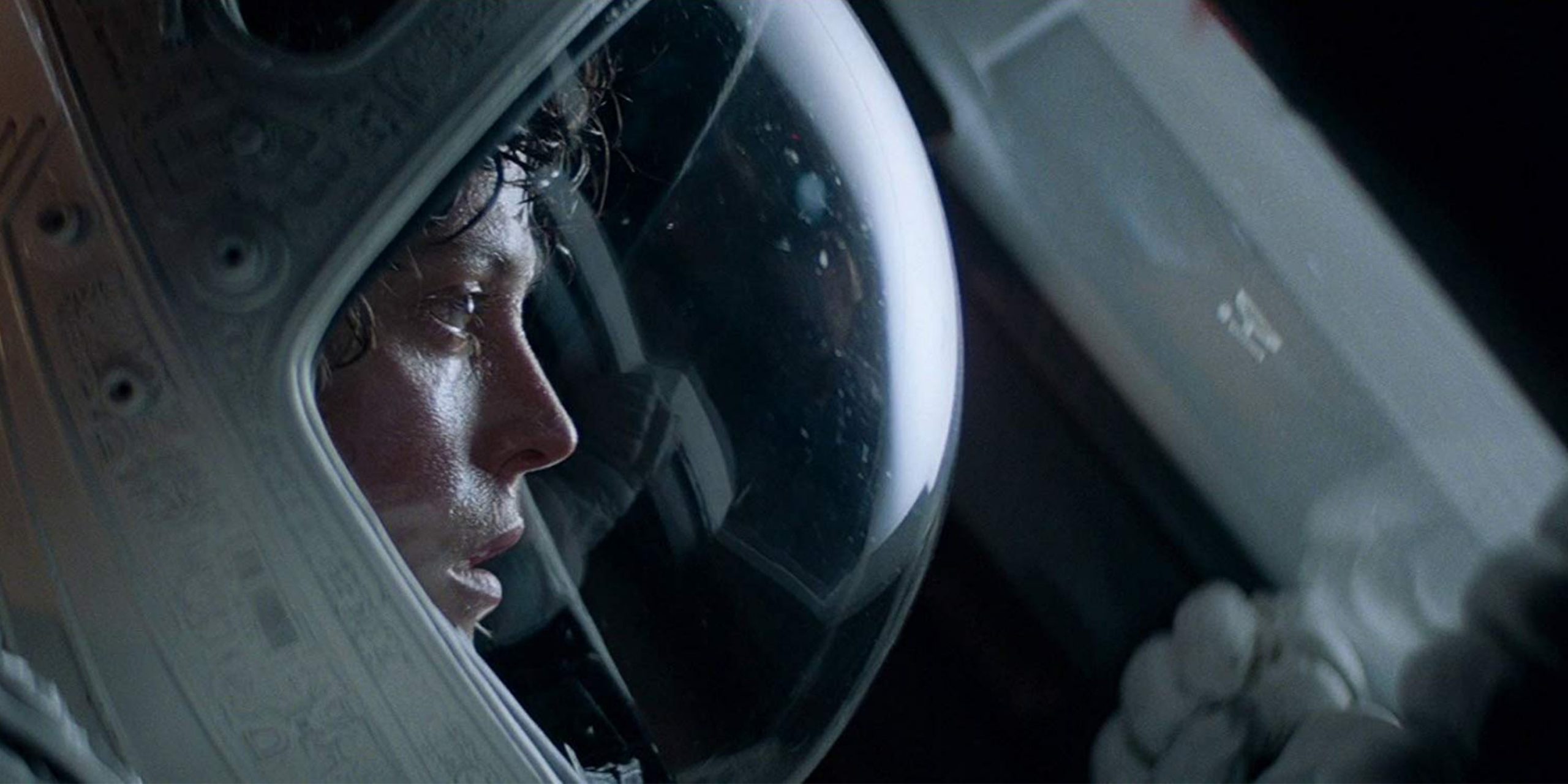 Alien was a groundbreaking film for the sci-fi horror genre. Not only was the movie ambitious for how much SFX was needed, but it also turned out to be a visually impressive sci-fi that still holds up today. The movie is about a crew on a space merchant vessel that is terrorized by a mysterious life form and they soon realize that its life cycle has merely begun. Through directing Alien, Ridley Scott jumpstarted his career, introduced us to a terrifying fictional species, and launched Sigourney Weaver’s acting career.

Where To Watch Alien 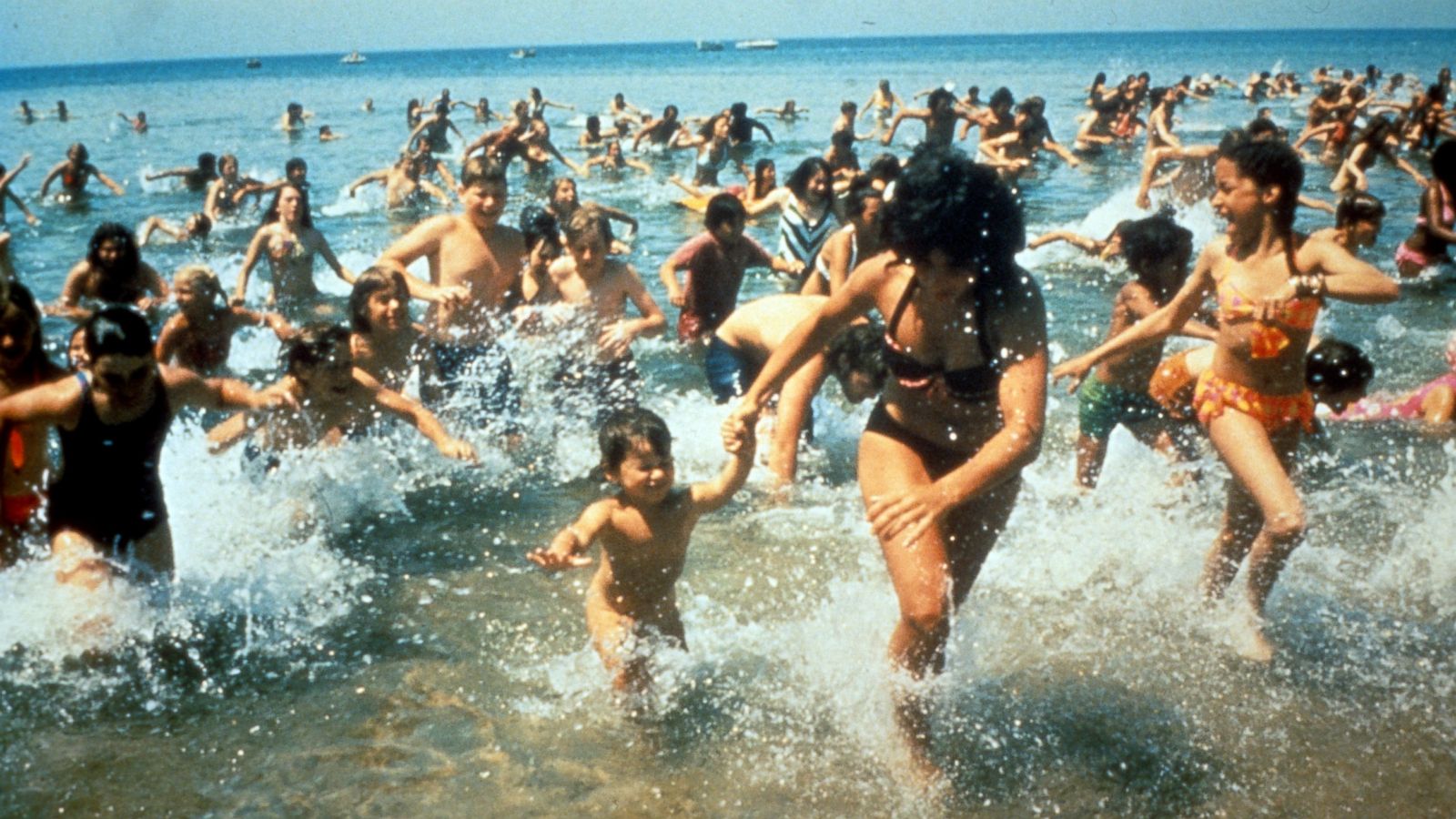 Jaws may be one of the most effective creature features in movie history. Not only did the film use SFX convincingly ahead of its time, but it also single-handedly created a cultural fear of sharks that still runs rampant today. The film is about a local sheriff, a marine biologist, and an old seafarer who team up to hunt down a killer shark that unleashes chaos on a beach community off Long Island. Jaws may not be as frightening now as it was when it initially was released, but it is still considered to be one of the greatest horror movies ever made.

Where To Watch Jaws

Jaws is also listed in our blog post that ranks the top ten Steven Spielberg movies. Check it out here.

Creature Features Will Always Be Popular

A lot of horror comes from supernatural entities or human beings with malicious intentions. However, the popularity of creature features shows that a lot of our fears center around things that are not human or entirely of this world. The mystery behind the creatures and the uncertainly of what they are capable of terrifies us. Although the genre may not be as popular as supernatural horror, creature features will always be full of underrated classics.