Everything We Know About The Upcoming Barbie Movie When Warner Bros. released the picture of Ryan Gosling as Ken, the internet collectively lost its mind. The Oscar-nominated actor is far from a toy doll come to life, but his beach blonde hair and older, rugged appearance make the film a lot more intriguing. Greta Gerwig is known for her quirky and lovable films, like Ladybird and Frances Ha so we have high hopes that she can translate that same energy into a live-action Barbie movie. Here is everything we know about the upcoming Barbie movie.

What is the Barbie Movie About?

Warner Bros has not released an official synopsis for the Barbie movie, but cast and crew interviews along with a brief unofficial logline have given us a glimpse of what to expect. The unofficial synopsis reads: A doll living in Barbieland is expelled for not being perfect enough and sets off on an adventure in the real world. The Barbie doll has notoriously gotten a lot of flack over the years for its unrealistic standards of beauty, which the movie is likely to address.

It’s clear that the film will be very different from what anyone expects. Margot Robbie was quoted saying, “Whatever you’re thinking, we’re going to give you something totally different — the thing you didn’t know you wanted.”

Greta Gerwig is directing and writing the film with her partner Noah Baumbach, which is another huge departure from Barbie’s typical aesthetic. The two are known for their work on quirky and lovable films and their involvement with the Barbie film makes it hard to draw any conclusions about what the final movie will look like.

Who is in The Barbie Movie With Margot Robbie 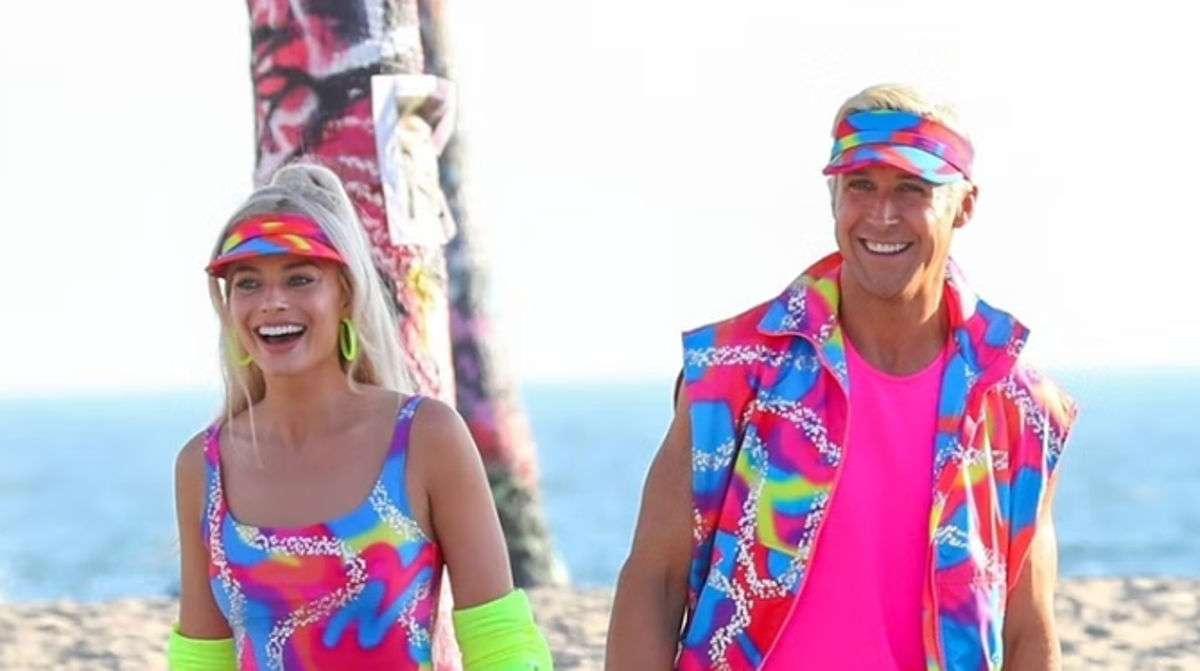 Social media users have shared a variety of reactions to BTS photos from the Barbie movie set. Some are excited to see Margot Robbie and Ryan Gosling working together again, while others are more interested in the styles that the cast is rocking.

Is The New Barbie Movie For Adults?

Greta Gerwig and Noah Baumbach are not known for making family-friendly content. However, Mattel, the company behind Barbie, is producing the film and has only made child-friendly content in the past. It’s safe to say that the Barbie movie will be toned down from Gerwig and Baumbach’s previous work, but it’s still likely to be more adult than anything Barbie-related that has come before.

Barbie is set to be released exclusively in theaters on July 23rd, 2023.