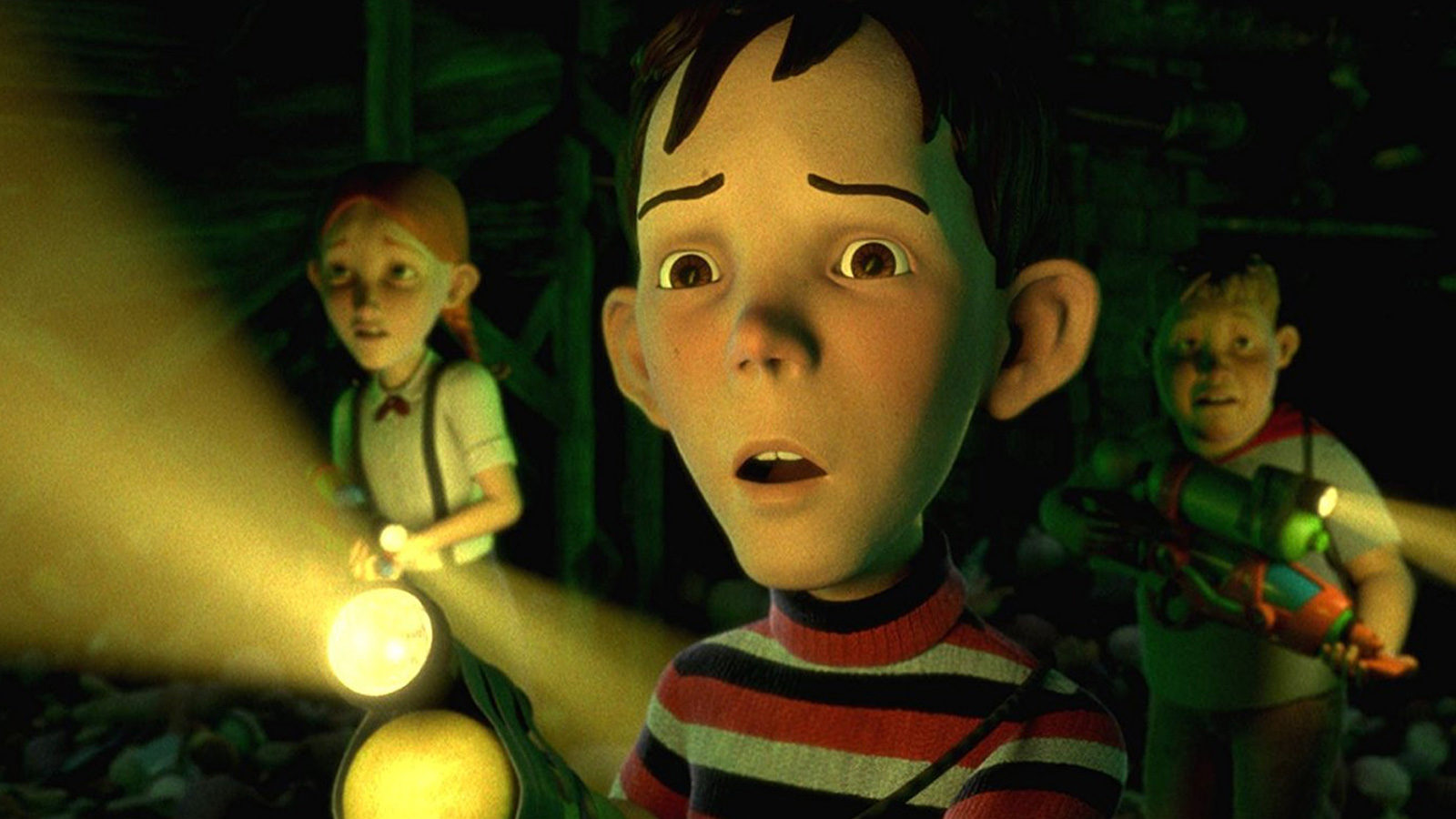 It’s October and we have officially entered spooky season. People are already searching for frightening movies to get them in the Halloween mood. However, if you have kids, this can get tricky. Your kids may want to watch something spooky but you don’t want them to watch something that will give them nightmares.

This blog post gives parents a list of the best movies kids can watch for Halloween. All of these movies are family-friendly while still having a creepy supernatural aspect to get your kids in the Halloween spirit. 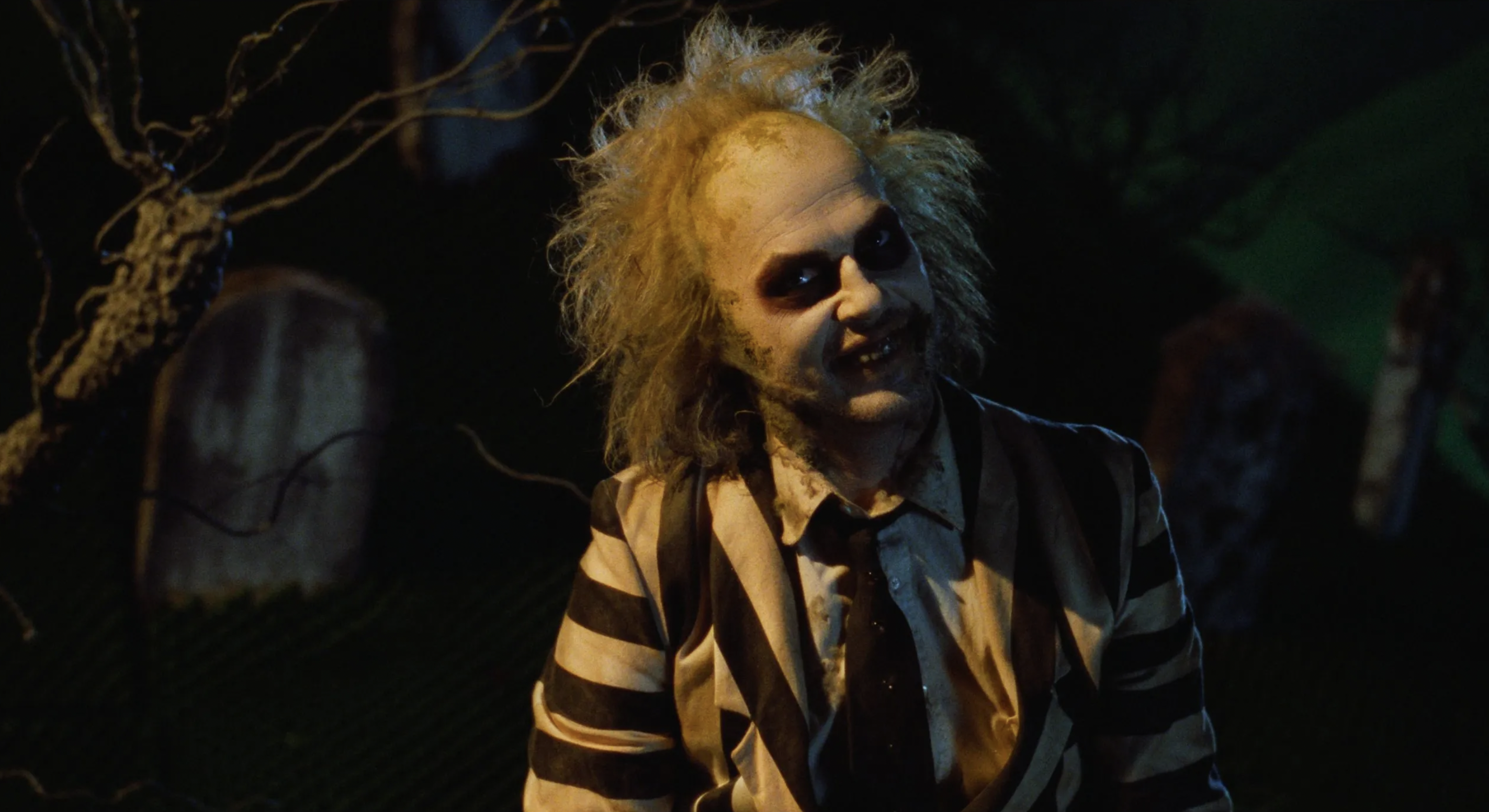 Beetlejuice is one of Tim Burton’s most creative films he’s ever made. Kids will be drawn to the wacky antics and the oddball humor present throughout the film. Beetlejuice centers around the spirits of a deceased couple that are harassed by a family that moves into the home they inhabit. This is one of the first films directed by Tim Burton and it’s one of the best Halloween movies to watch alongside your kids.

Where To Watch Beetlejuice 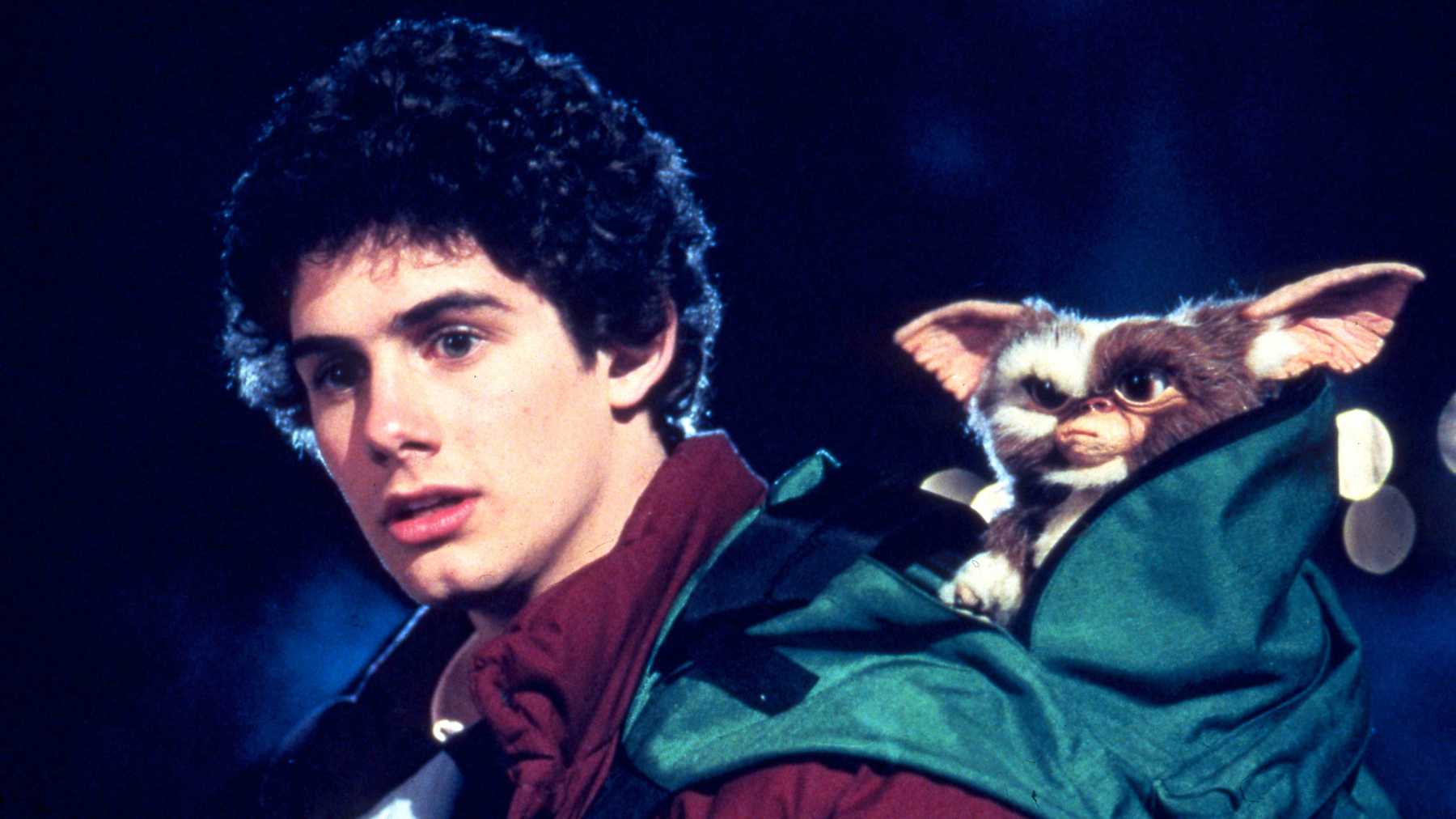 Gremlins is a classic 80’s satirical horror. It’s dark enough to give thrills while being humorous enough to be family-friendly. The film is about a young man who inadvertently breaks three important rules concerning his new pet, which unleashes a horde of mischievous monsters on a small town. Gremlins is largely a product of the 1980s. Nonetheless, even in 2021, the film still holds up as a classic for Halloween.

Where To Watch Gremlins 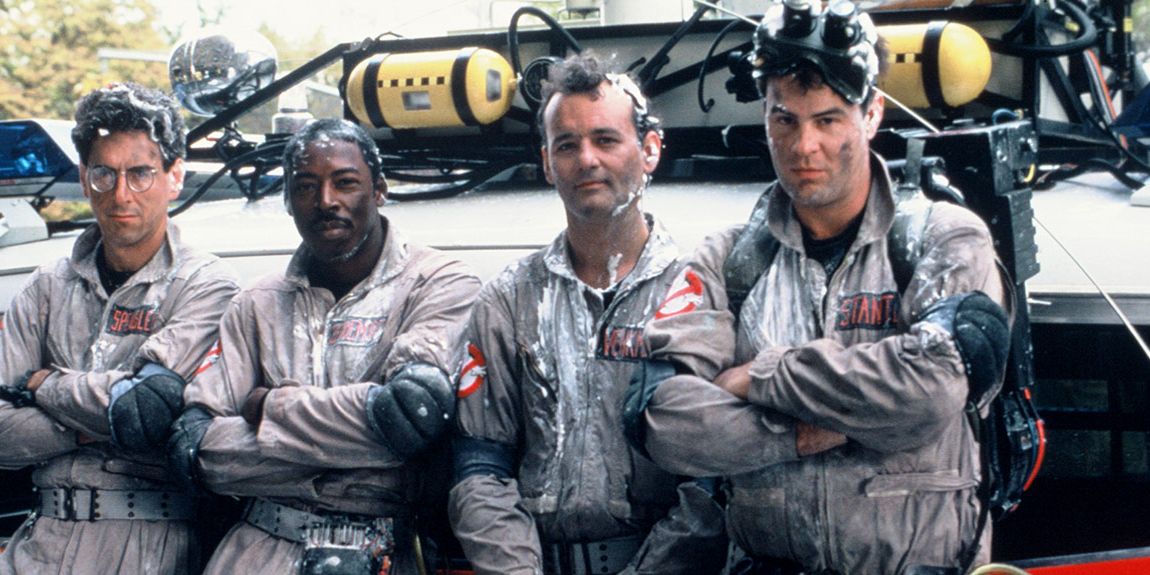 Ghostbusters is one of the most beloved films of all time because of how it effectively blends action, comedy, and horror into one entertaining spectacle. The film follows three former parapsychology professors that set up shop as a unique ghost removal service. Ghostbusters took a unique approach to the paranormal activity genre and is a must-watch for anyone who is in need of an extra chuckle. Despite a reboot and several sequels, including one coming out in November of this year, none of them can compare to the original Ghostbusters.

Where To Watch Ghostbusters for $2.99 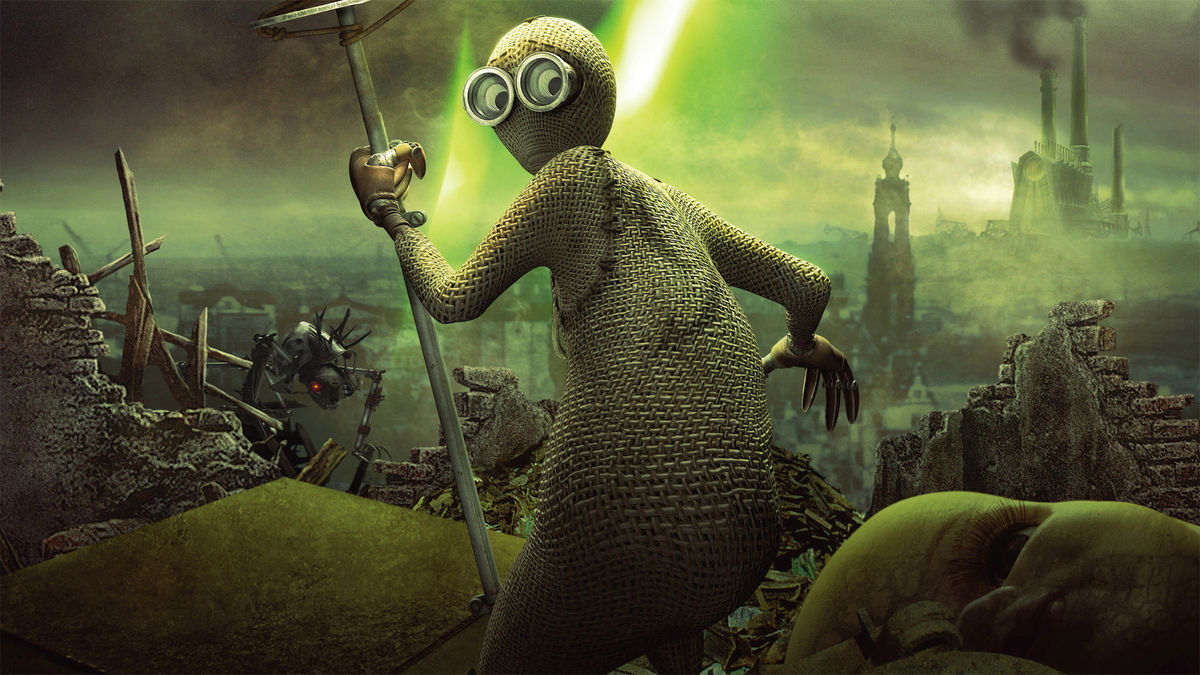 Departing from our list a bit, 9 is less of a horror and more of a sci-fi thriller. The animation was originally a short film created by Shane Acker, but the short was so well-received, he decided to turn it into a feature film. The feature is about a rag doll that awakens in a post-apocalyptic future with the key to humanity’s salvation. The imaginative world and intense storyline make the film one of the most entertaining Halloween movies for kids. 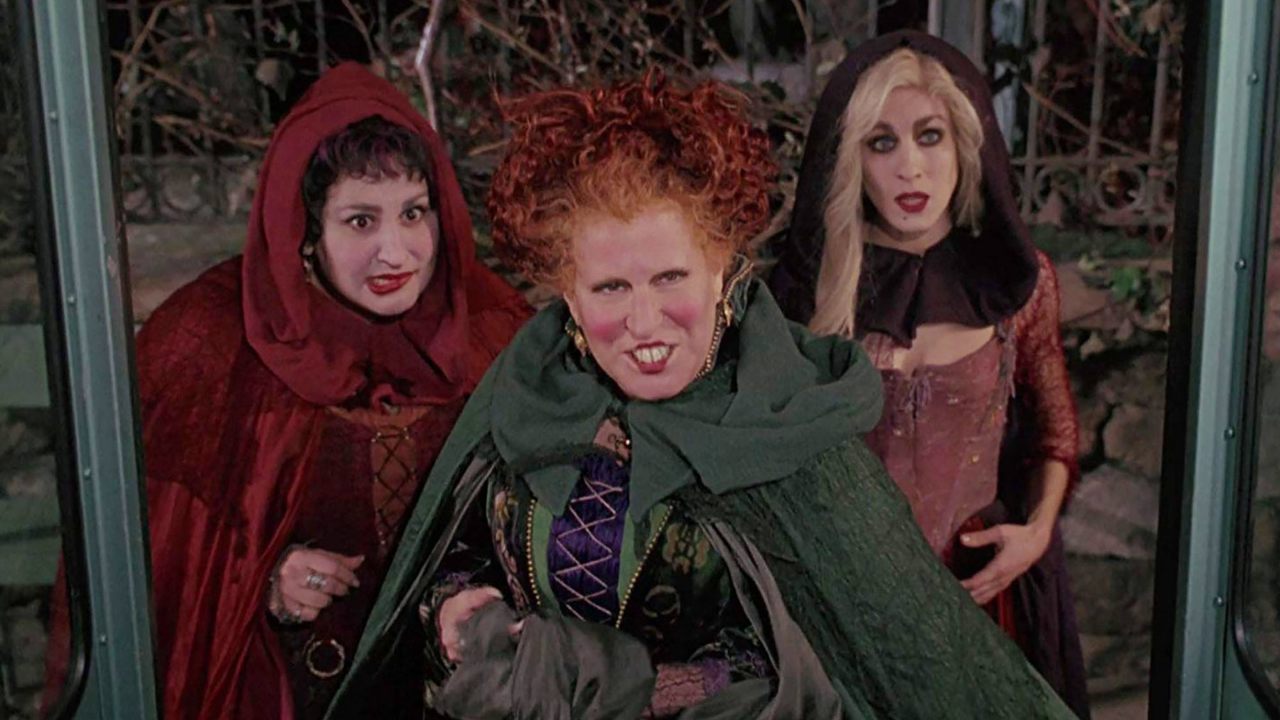 In many ways, Hocus Pocus is more popular now than it ever was during the 90s. The film has a cult-like following and many young adults still hold it in high regard today. Hocus Pocus is about three outlandishly wild witches who return from 17th-century Salem after they’re accidentally conjured up by a skeptic teen. The goal of the witches, to find a child and drain their life force, may be sinister but the light-hearted tone and zany characters make the situation less serious.

Where To Watch Hocus Pocus

The unrefined 3D animation in Monster House can lead one to believe that the film fell victim to early CGI capabilities. However, the off-kilter animation only adds to the film’s overall unsettling atmosphere. Monster House is about three teens that discover their neighbor’s house is really a living, breathing, scary monster. The film is one of the best Halloween movies to watch as it creates a creepiness that effects both adults and children.

Where To Watch Monster House

Laika Entertainment has a knack for using stop-motion animation to capture a gothic and creepy atmosphere. ParaNorman is one of the many horror animations made by Laika. The film is about a socially awkward boy that must use his ability to see ghosts to save his hometown from an unruly curse. ParaNorman will delight younger children with its colorful characters and intense moments, but it also contains a light-hearted tone that makes the viewing experience fun.

Where To Watch ParaNorman 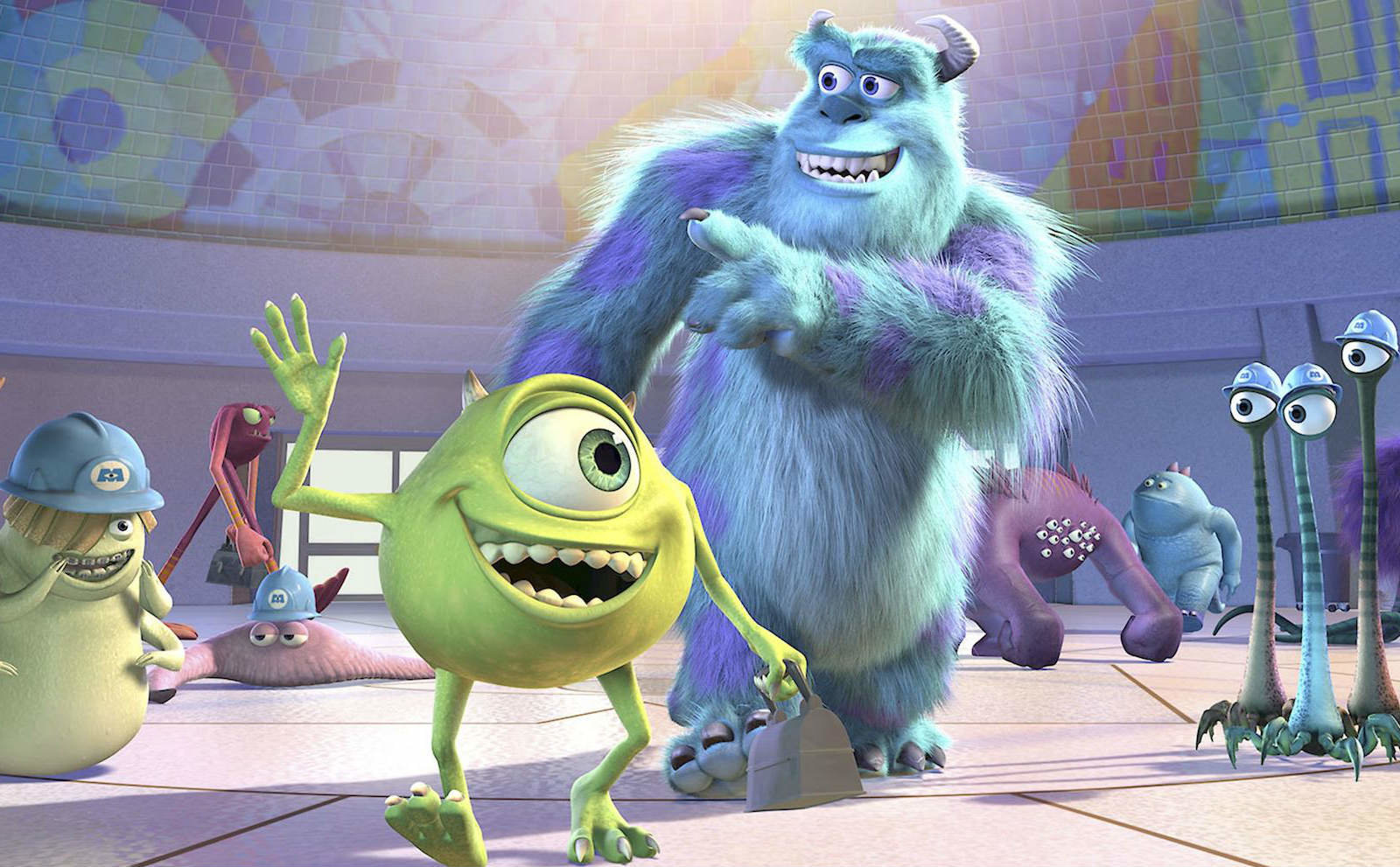 One of Pixar’s most notable and most popular movies, Monsters Inc. is a bona fide classic. The film effectively balances its frightening aspects with humor and charm, making the narrative feel new and unique. The Pixar film is about a world full of monsters that use children’s screams to power their cities. Monsters Inc., the most successful scream-processing factory in this alternate reality, turns upside down when a human girl sneaks into the monster world and turns out to be the key to a devious conspiracy.

Where To Watch Monsters Inc. 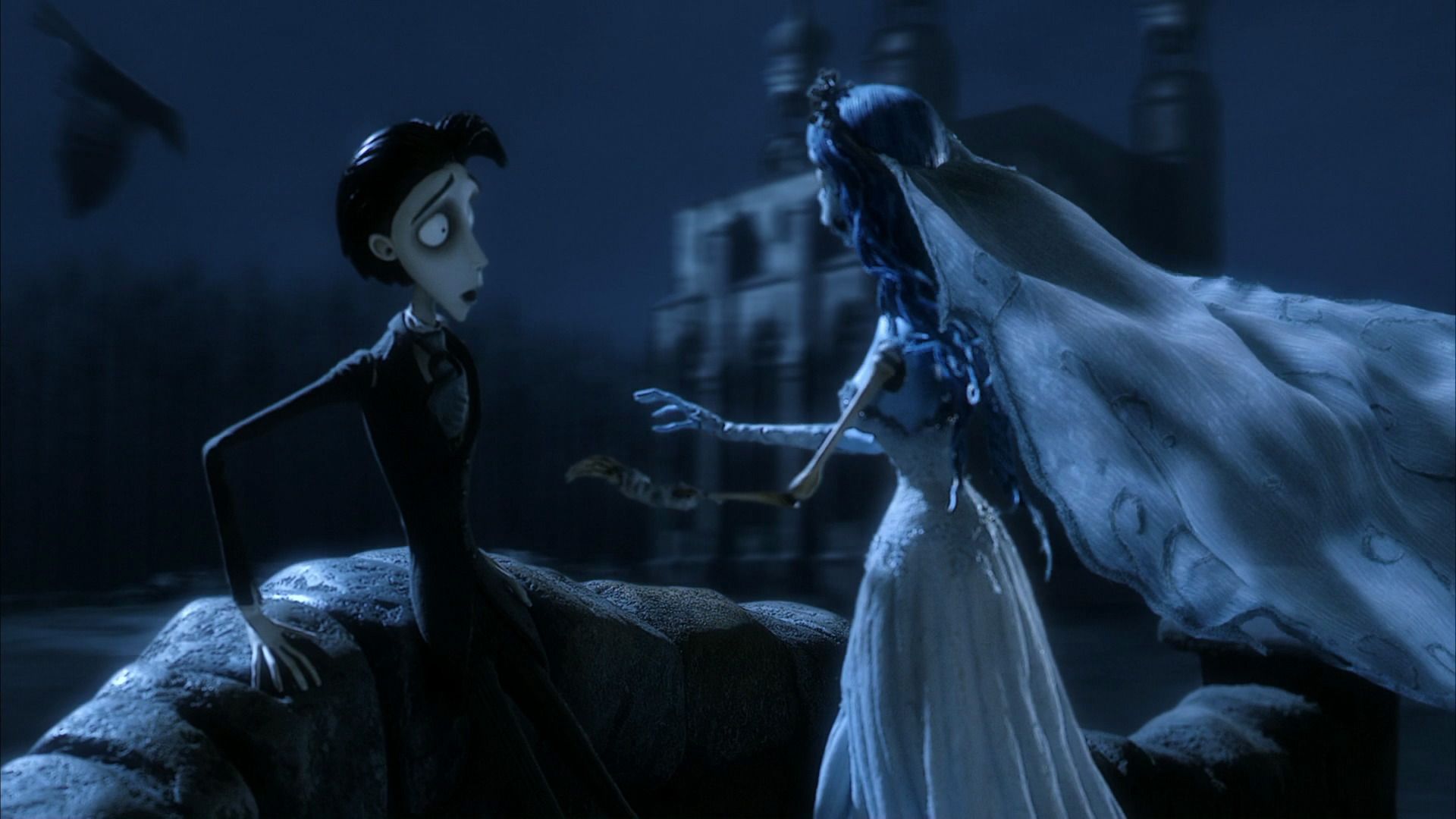 Corpse Bride is another Tim Burton classic. Although it’s not as frightening as many of his other films, it has a creepy atmosphere that is undeniable. The film follows a shy groom who practices his wedding vows in the inadvertent presence of a deceased young woman. Things get more complicated when she rises from the grave assuming he has married her. The musical numbers and humor provide an injection of levity to the otherwise ostensibly grim storyline.

Where To Watch Corpse Bride 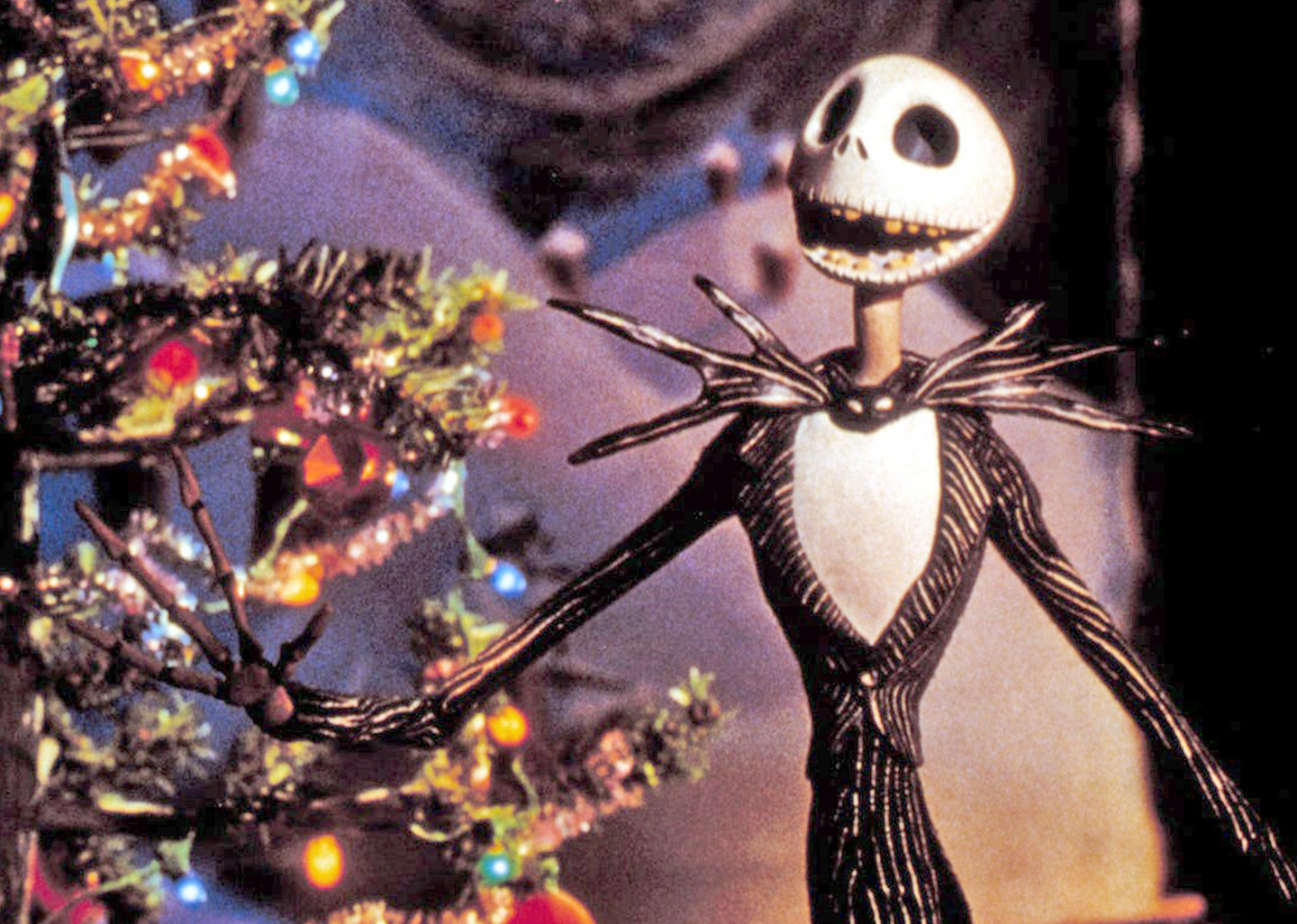 4. The Nightmare Before Christmas (Ages 7 and Up)

The Nightmare Before Christmas is certainly one of a kind. It has become one of the greatest Halloween movies because of its original premise, catchy music, and ghoulish imagery. The film is about Jack Skellington, the king of Halloween Town, and his discovery of Christmas Town. Although, his attempts to bring Christmas to his home creates confusion for everyone. The Nightmare Before Christmas will delight younger children with its colorful characters and spooky visuals, but it also contains a sophisticated story that can be enjoyed by older kids and adults.

Where To Watch Nightmare Before Christmas 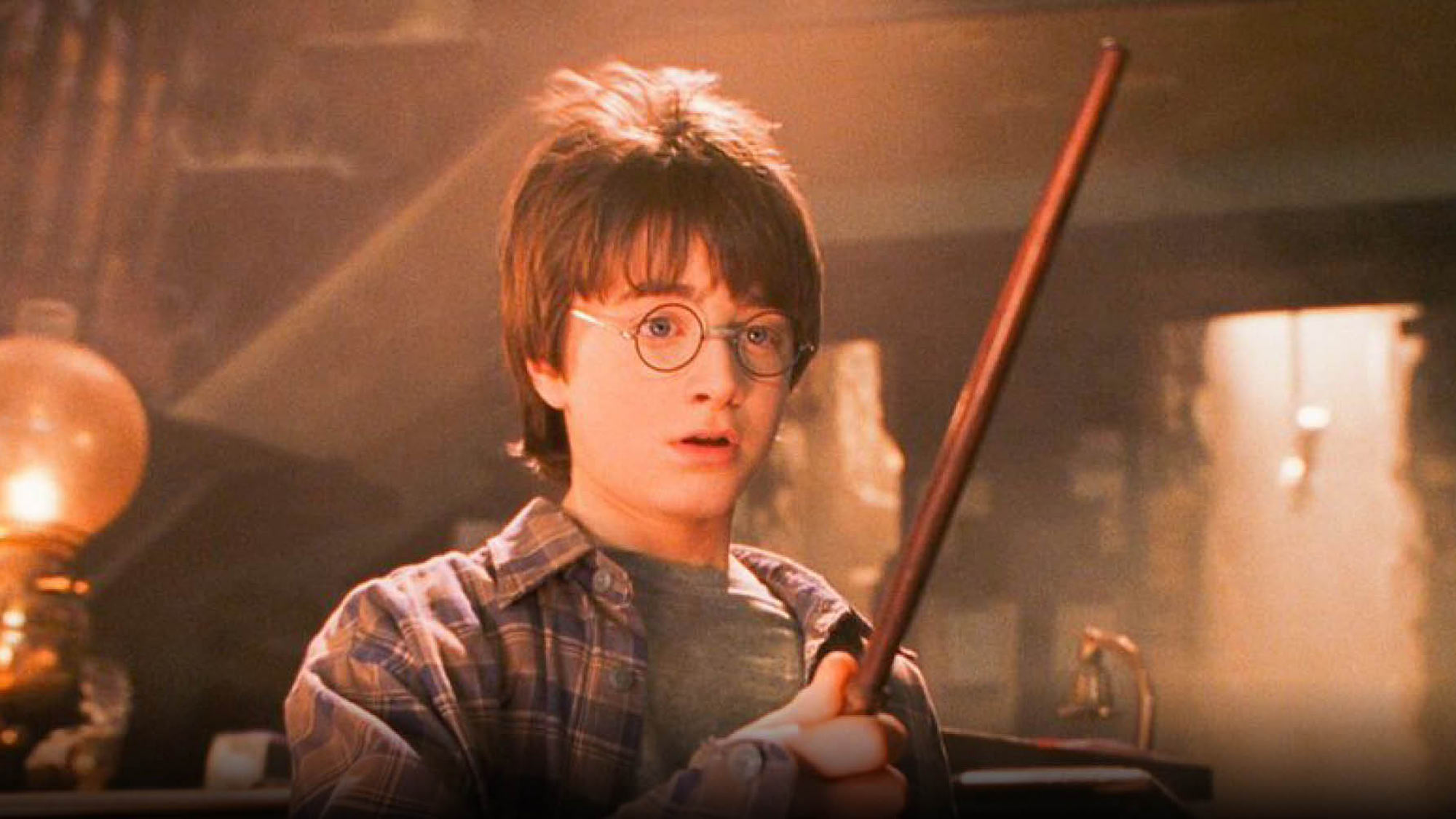 The Harry Potter film series has a lot of magic, wonder, and nostalgia. All of which makes the film series ideal to watch with your family on Halloween. Many young adults grew up alongside the main characters in Harry Potter and are ecstatic to show the films to their children. The film series follows an orphaned boy as he enrolls in a school of wizardry, where he learns the truth about himself, his family, and the terrible evil that haunts the magical world. There are eight films in total, and once you’ve seen one, you’ll need to see them all.

Where To Watch The Harry Potter Series 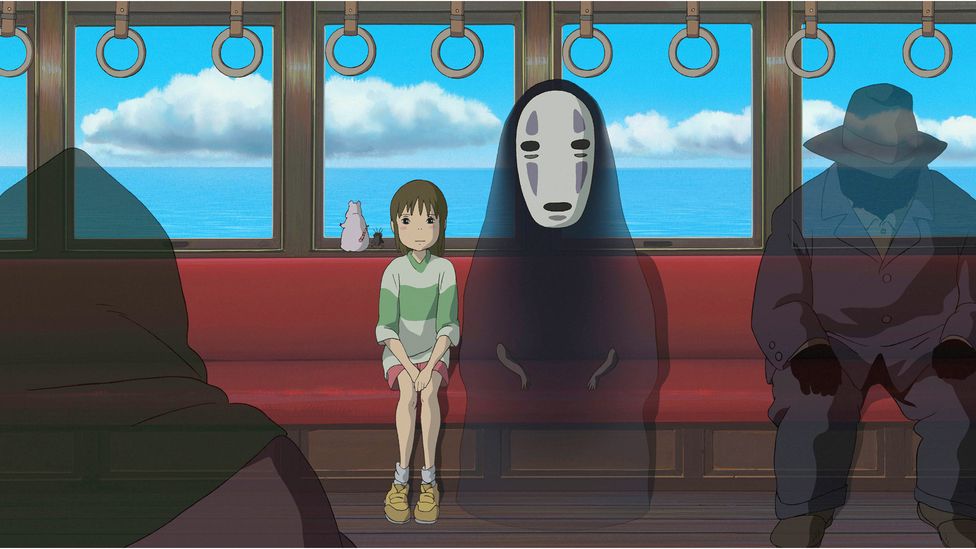 Spirited Away is different than the other movies on our list. The film is an anime created by Hayao Miyazaki, the co-founder of Studio Ghibli. Instead of being filled with scary, gothic, or ghoulish elements, Spirited Away is simply an imaginative and thrilling adventure into a paranormal word. The movie centers around a 10-year old girl who, after being discouraged by her family’s move to the suburbs, discovers an alternate reality of gods and demons that change humans into beasts. Spirited Away has a completely unique story that appeals to both adults and children alike.

If you want more anime recommendations, then check out our list of the 10 best anime for beginners to watch. 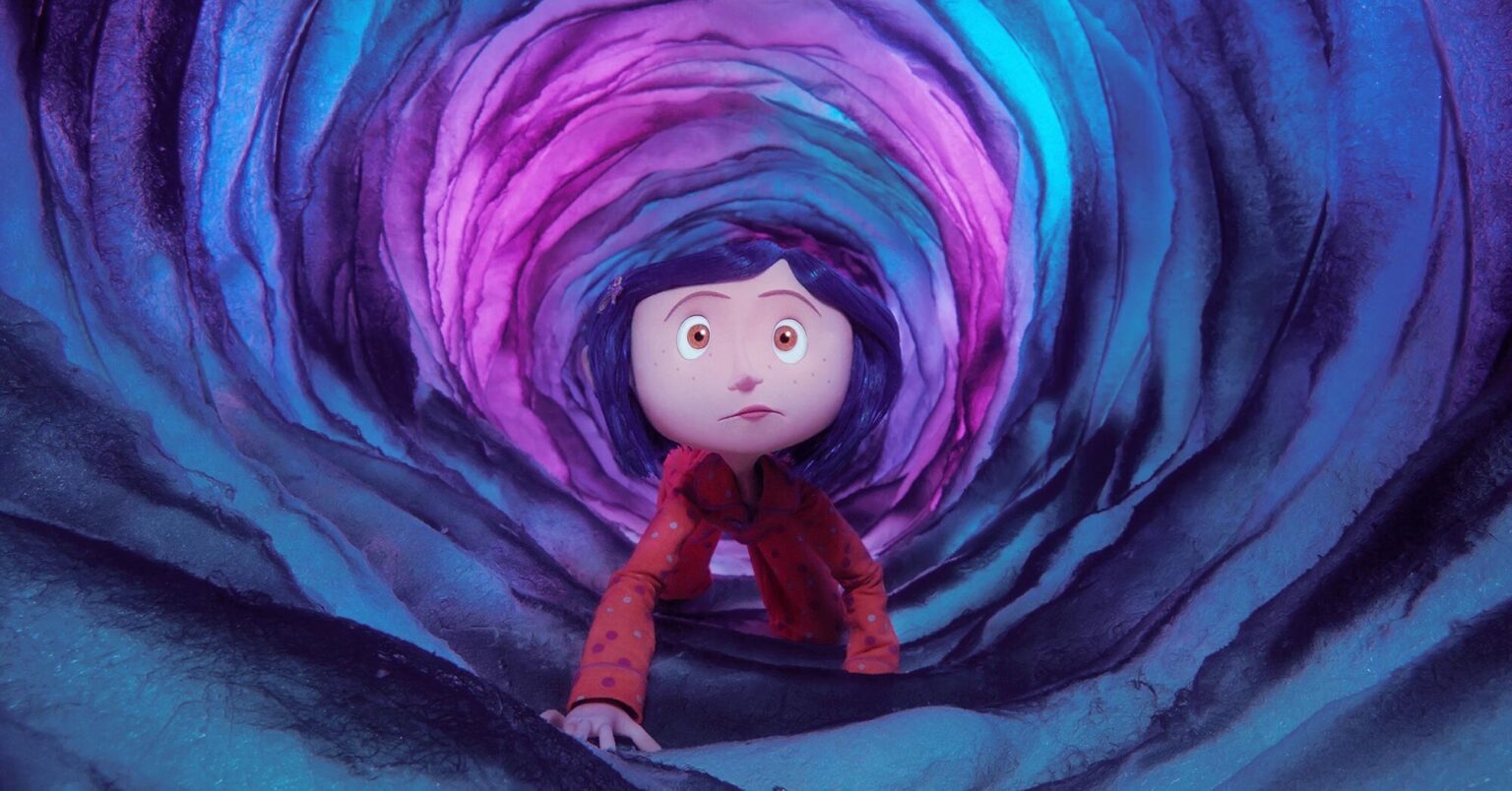 Coraline tops our list of best Halloween movies to watch with your kids. The film has the perfect blend of child-like imagination with scary moments that will put even the parents on the edge of their seats. All of this is topped with a story full of heart, original characters, and an adventure that is unlike any other. Coraline is about an adventurous 11-year-old girl who finds another world that is a strangely idealized version of her frustrating home, but the world is not without its sinister secrets.

Halloween Movies To Bring Your Family Together

When we think of horror movies, we usually picture blood, death, and slasher killers. We think of terrifying visuals that will haunt us for weeks after seeing them. However, the thing about Halloween is that it’s not just about the scary stuff. It’s also about family and friends getting together to have a good time. And what better way to bring family together than by sharing a movie with your kids that is both fun and festive?