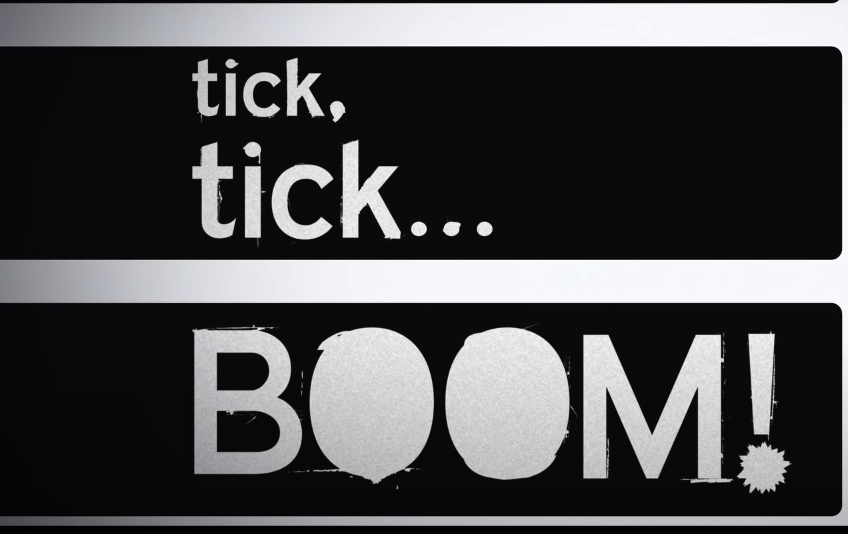 Lin-Manuel Miranda’s success continues to mount in the film industry. First, Hamilton premiered on Disney+ in 2020 and last week, In The Heights was released with wide critical acclaim. Now, Miranda has released the first teaser trailer for his upcoming directorial debut, tick, tick…Boom!

Starring Andrew Garfield, tick, tick…Boom! is about a young theater composer who is a waiter at a New York diner and writing what he hopes to be the next big American musical. As the composer turns 30, he faces the age-old question we all have to eventually confront: What are we meant to do with the time we have?

The film is an adaptation of the autobiographical musical of the same name created by the late Jonathan Larson. Larson was a playwright and composer who had won several Tony Awards and Pulitzer Prizes for his work. He revolutionized the musical scene by creating the iconic musical Rent as well as tick, tick…Boom! Unfortunately, Larson would never see the legacy of his work as he died in 1996 from an aortic aneurysm but his work continues to influence and inspire even today. With Lin-Manuel Miranda directing, he may be the perfect choice to bring tick, tick…Boom! to life as a tribute to Jonathan Larson.

Tick, tick…Boom! stars Andrew Garfield, Vanessa Hudgens, Alexandra Shipp, Robin de Jesús, and Judith Light. The musical adaptation will be released on Netflix and in select theaters later this year, which also so happens to be the 25th anniversary of Jonathan Larson’s passing.