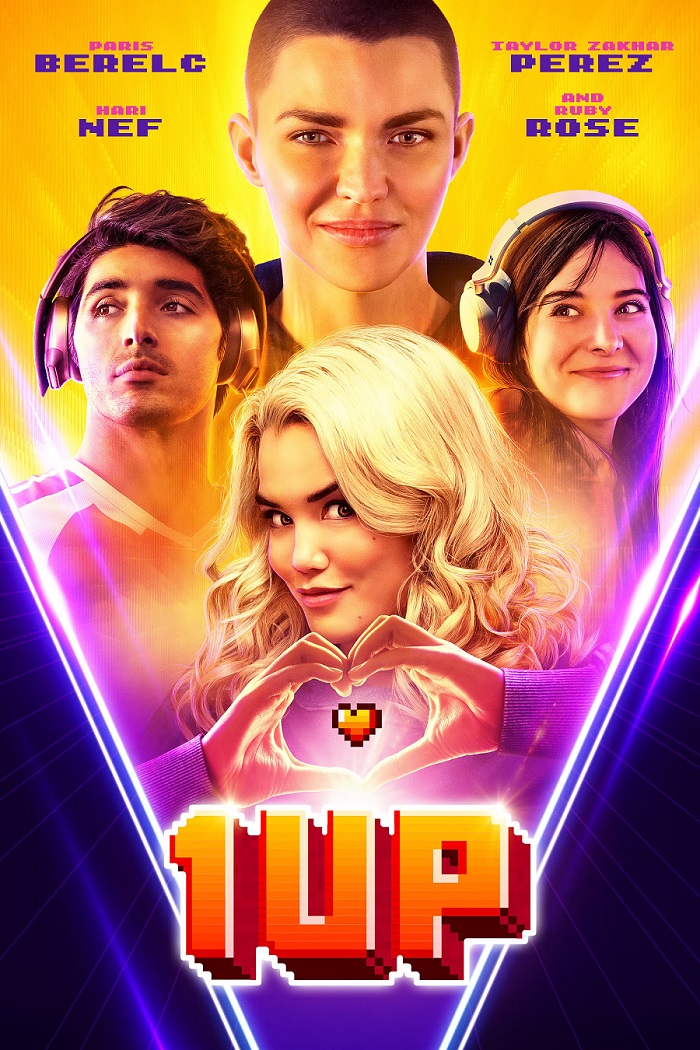 1Up is a gamer’s fantasy and not the good kind that highlights something other than mere references and underdog tropes. 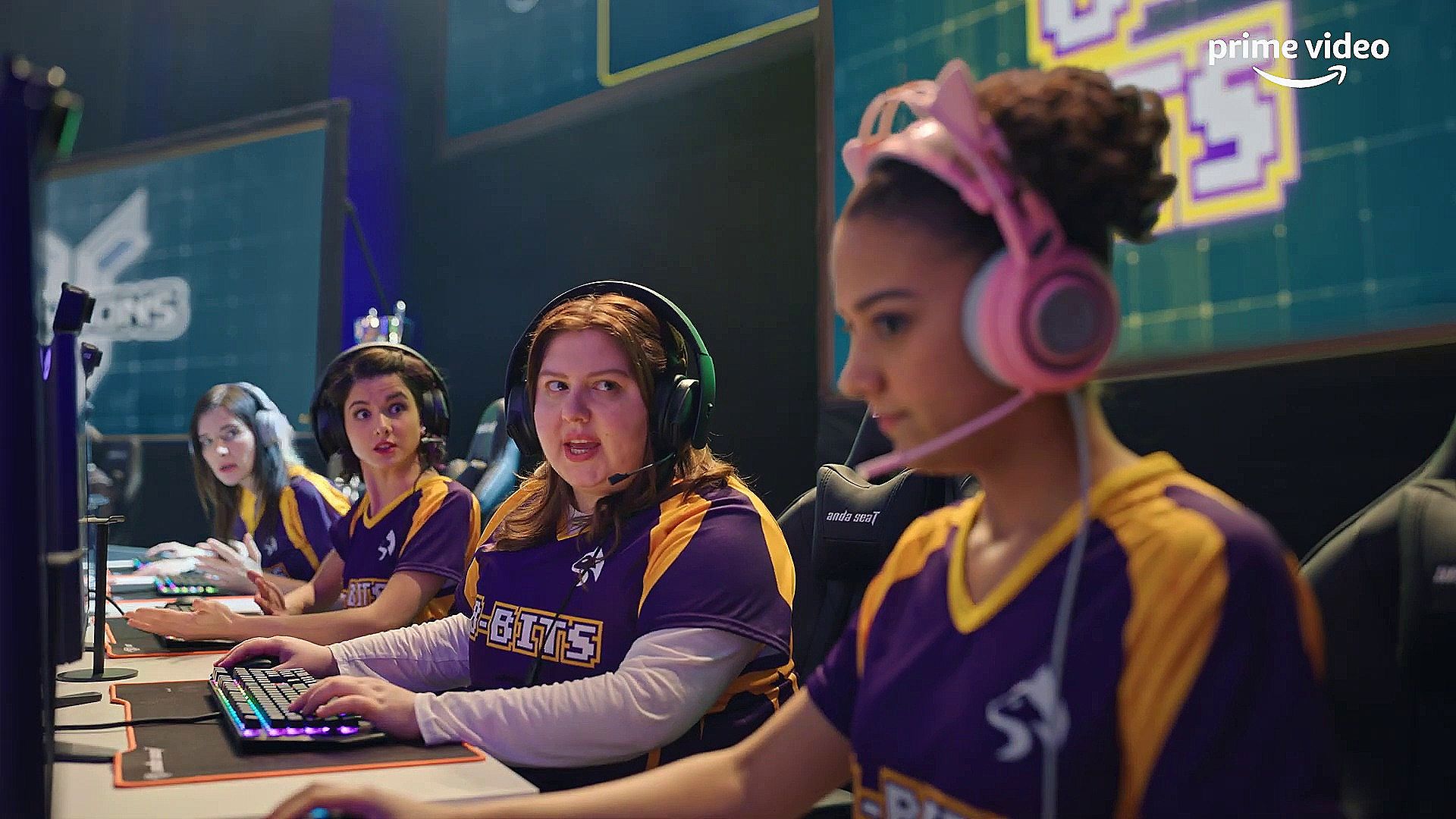 1Up is a film where I almost have to believe it exists in some alternative reality. It’s a rise-to-the-top comedy in the tone of a sports film that was written by gamers for gamers and will probably only appeal to gamers. And even the gamers being appealed to will probably grow tired of the references dropped here in a manner that would make Ready Player One blush.

The film takes place at a college where they have esports teams. They also have a video game history class which seems like the easiest class in the world to ace given how routine most of the material appears. Vivian (Paris Berelc) is a student at this college where she is seen as being far too into video games but that’s not the problem of the picture. Rather, it’s encouraged to spend all night perfecting your online gaming skills. After all, she’s on the school’s e-sports team with her best friend Sloane (Hari Nef).

Problems arise when Vivian and Sloan have had enough of the misogyny on their team, especially when the meek team member Dustin (Taylor Zakhar Perez) doesn’t stick up for them well enough. The women quit and decide that they should start their own esports team to rival their, well, rivals. After some convincing from an awkward Dean, they manage to get approval for an all-girl e-sports team. The problem is they’re all misfits who are not that great at games. They’re one-note characters who all fit simplistic archetypes ala Revenge of the Nerds. One of them is cute and small with a manic side while another is the gross one who farts constantly (akin to Booger from Revenge of the Nerds).

Leading the group is the video games professor Parker (Ruby Rose). She finds tasks and exercises to train the girls to be a good team. Thus, we get a lot of bonding exercises but mostly a lot of video game dabbling. The moment of respite for the team comes when Parker unveils her secret gaming room which is just wall-to-wall references. Her teammates gush about how they know the Contra code, the coolness of the Teenage Mutant Ninja Turtles arcade cabinet, and how the Nintendo propaganda movie The Wizard is not at all cringe.

It does not surprise me that this was a production of Buzzfeed Studios, given how weird this is written. The staging feels like a warped dream of a gamer’s idealistic future. Now, there’s nothing wrong with an underdog story of women rising up against men in competition. That premise is fine. Where it falls apart is how it tries to proceed with progress in the most clumsy manner possible. One of the worst scenes centers around an awkward school dean who is terrified of losing his job for being canceled and not having enough of a safe space. It’s a one-note gag that gets incredibly tiresome.

The few moments where the team does bond over non-gaming feel more like obligatory morality markers than an actual progression. For instance, there’s a throwaway line where Sloane speaks about how she’s a transgender woman in the midwest and that she’s less common than Starbucks. Not a bad line but she seems to face zero trans phobias in this film. One might think this admittance would lead to an intriguing story about her transition or childhood but the film never gets that far. It never gets that far with any character, where even drug trips involve Vivian hallucinating Mario.

Gaming is also treated way too seriously in this esports story. Parker’s impossible task for Vivian to complete to prove herself as a leader is to beat Battletoads on Gameboy. It’s supposed to be an inspiring moment when Vivian reveals she beat Battletoads and Parker admits she never made it to the end. The prospect of branding deals after the obligatory victory for our underdogs also makes this film feel just as cheap and consumer-focused as the aforementioned movie The Wizard. For as much as I hate to use the terminology that this picture defines, this is cringe.

1Up is a gamer’s fantasy and not the good kind that highlights something other than mere references and underdog tropes. It’s clear that esports has a future for how many people watch and compete over these past years. But if that future in the film is movies like 1Up, don’t expect a Chariots of Fire for this subgenre anytime soon.