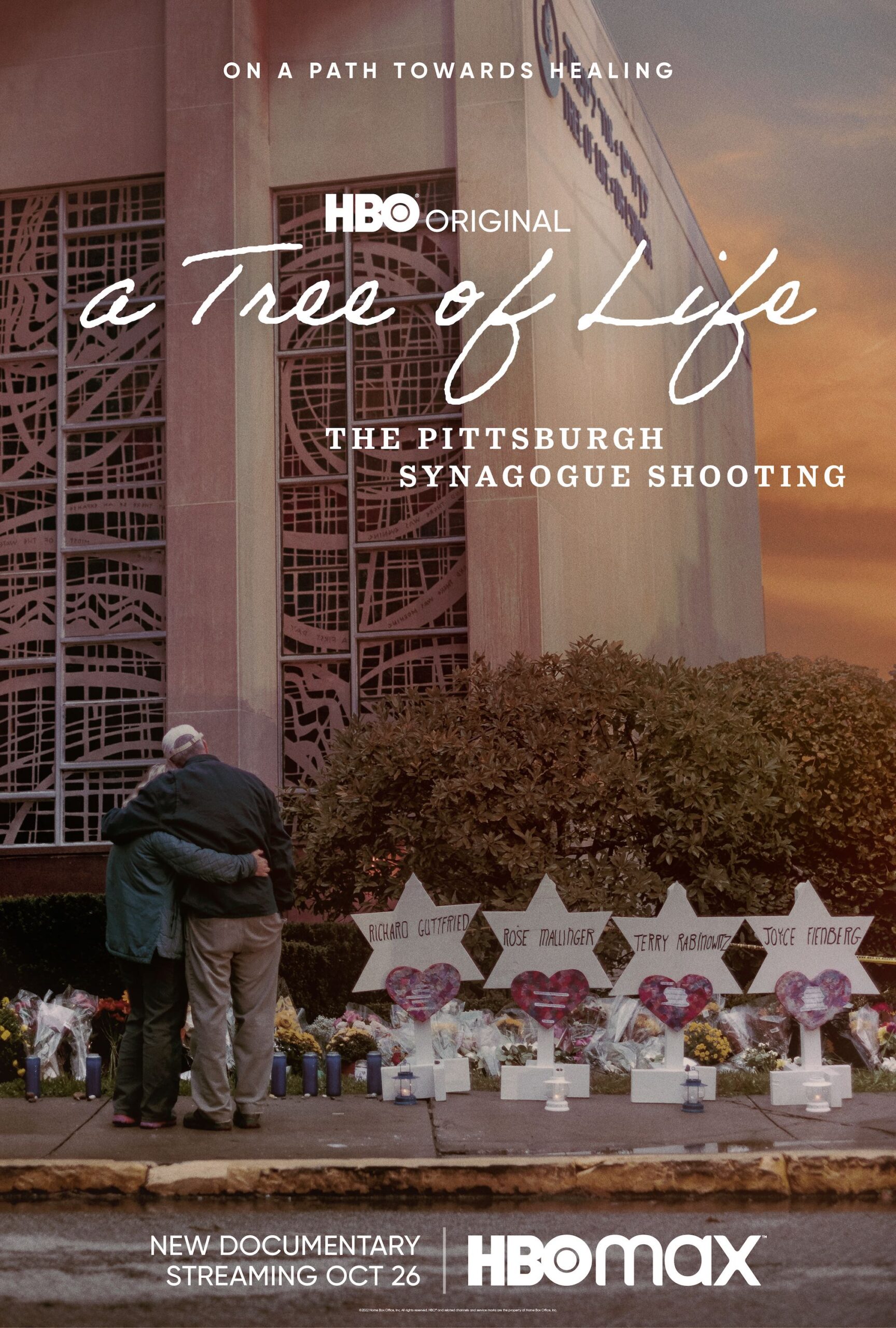 A Tree of Life: The Pittsburgh Synagogue Shooting is a sincere, angering, and surprisingly philosophical mediation on the nature of one of the worst events in US history.

A Tree of Life: The Pittsburgh Synagogue Shooting (2022) Review By Mark McPherson 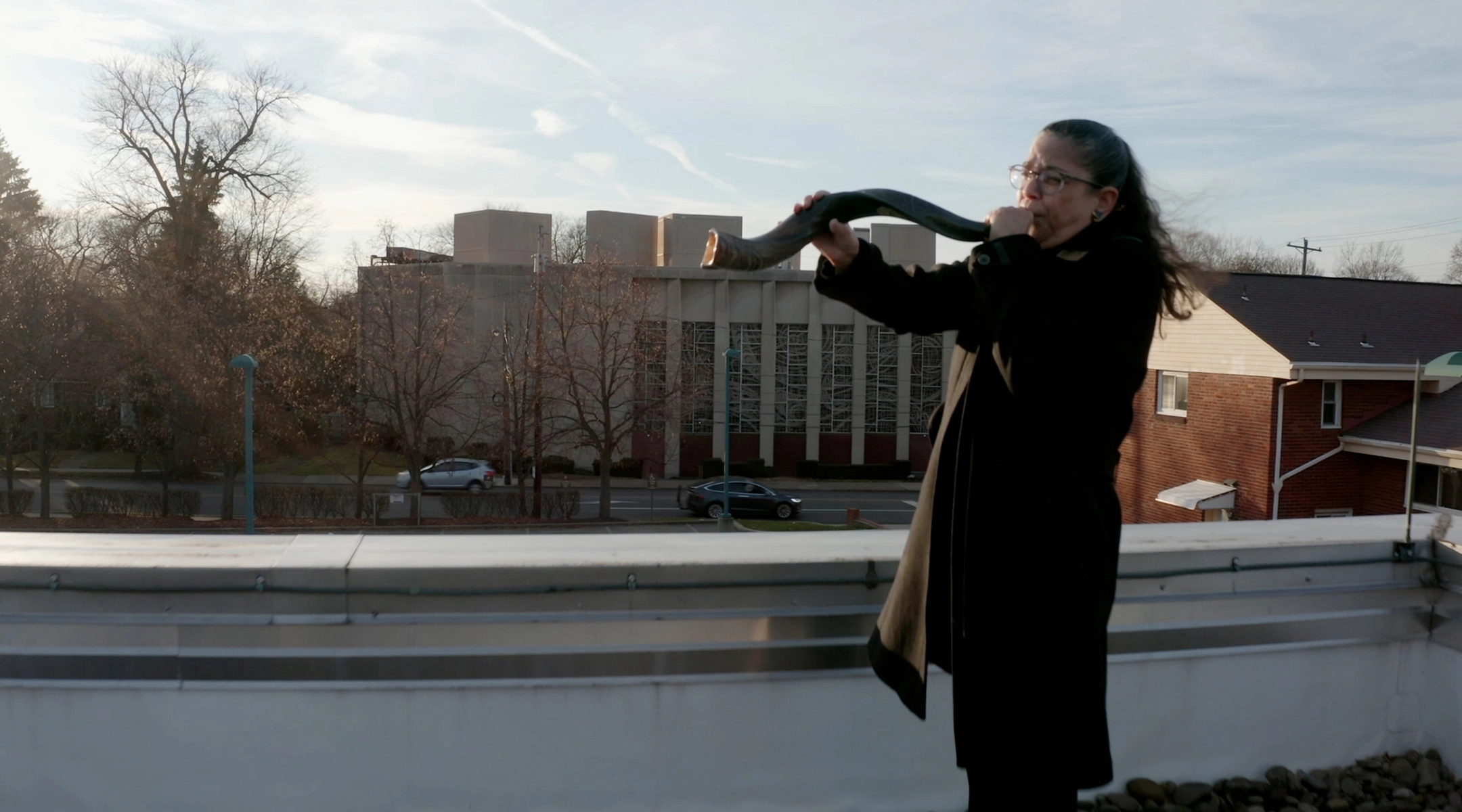 With so many mass shootings in America, it would be so easy for this documentary on the Pittsburgh Synagogue Shooting to be a standard true-crime doc. It would merely go through the motions of recounting the events, highlighting the victims, taking note of the killer, and then offering a salvo of standard talking heads who speak more clinically than passionately. This is not the case with A Tree of Life. In fact, it may be one of the best documentaries on this difficult topic of how open it is with the topic and contemplative it is with life and death.

The survivors of the shooting are quick to point out that this was a shooting of a synagogue, refusing to simply refer to the synagogue by its title Tree of Life. They want everybody to know the location because it wasn’t a coincidence. An antisemitic shooter arrived at the Shabbat morning services on October 27, 2018, for the Tree of Life synagogue. Among those present were Holocaust survivors, who had seen the worst of humanity. Many of them are now dead in a massacre that killed eleven people and injured six, making for one of the deadliest attacks on the Jewish community.

The survivors of the shooting tell their stories. They paint articulate portraits of the lives of the Jewish congregation as individuals with their own quirks and habits. They weren’t just numbers or victims. They were people present in this world who did not deserve to go. Many who speak struggle to come to terms with the loss to the community, holding back tears the way they try to speak with openness and contentment. One woman brings up how she never knew the name of the shooter and doesn’t want to give him what he wants. She also stresses how she doesn’t desire death for this shooter as that would be too easy an escape and wouldn’t resolve anything on a philosophical level.

Who the killer is by name is less concerning than how he formed these anti-Jewish thoughts and beliefs that led to the murders. The story of the shooter is one that was all too familiar in the era of Donald Trump. He ran in alt-right circles online, expressing his disgusting views on race and antisemitism on the platform Gab, famously known for harboring individuals too toxic for the likes of Facebook and Twitter. On that platform, the killer spoke openly about how Jews were ruining this country and how he had to do something about it. With antisemitism on the rise in America, thanks to the horrific Charlottesville march of white nationalists chanting about Jews with torches, it was the sadly perfect boiling point for the truly despicable people to strike.

This film is brilliant in how it doesn’t shy away from how antisemites had become emboldened in the late 2010s. There’s no sweeping this issue under the rug with gun-control bills that will never go through and mental health issues that will never be addressed. Such diversions are usually made by people who want to excuse the alt-right movement in America. This film not only confronts it but gets in its face. After the shooting, Donald Trump visited the graves and blocked off families of the synagogue who didn’t want him present for the grieving. Clashes were later held amid a pro-gun rally, where the vocal Second Amendment advocates believed more guns would solve the situation. A local gun store owner is interviewed and even he seems a bit hesitant about his business, giving a sort of “what are you gonna do” shrug as he keeps selling guns.

A Tree of Life: The Pittsburgh Synagogue Shooting is a sincere, angering, and surprisingly philosophical mediation on the nature of one of the worst events in US history. The film ends with a musical tribute to remember those who were lost, giving off a heartfelt sense of loss and continuance. Let the film’s final scene of the blowing of a shofar sound the call for love triumphing over hate. We need it now more than ever.