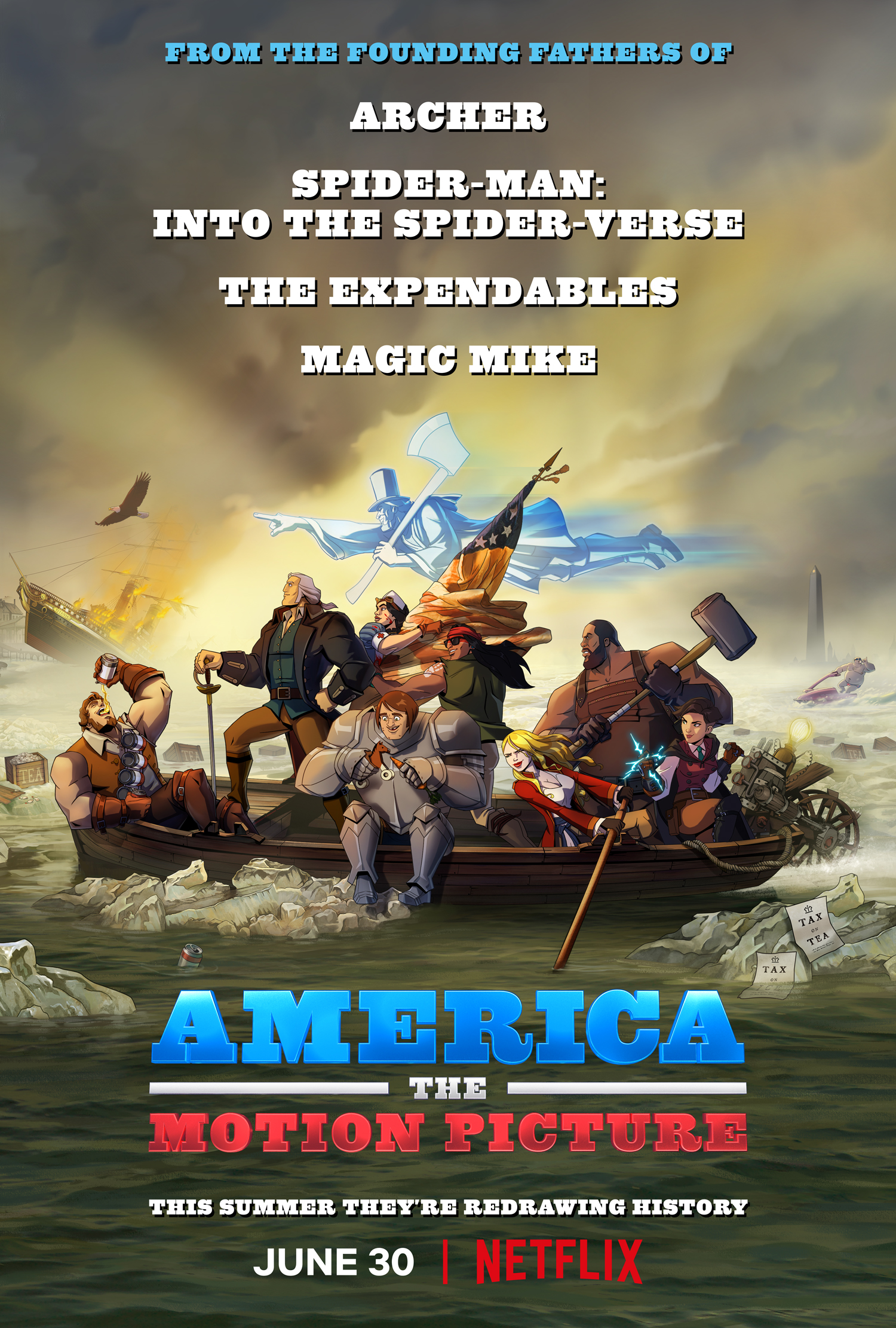 America: The Motion Picture is so aggravating for almost working. 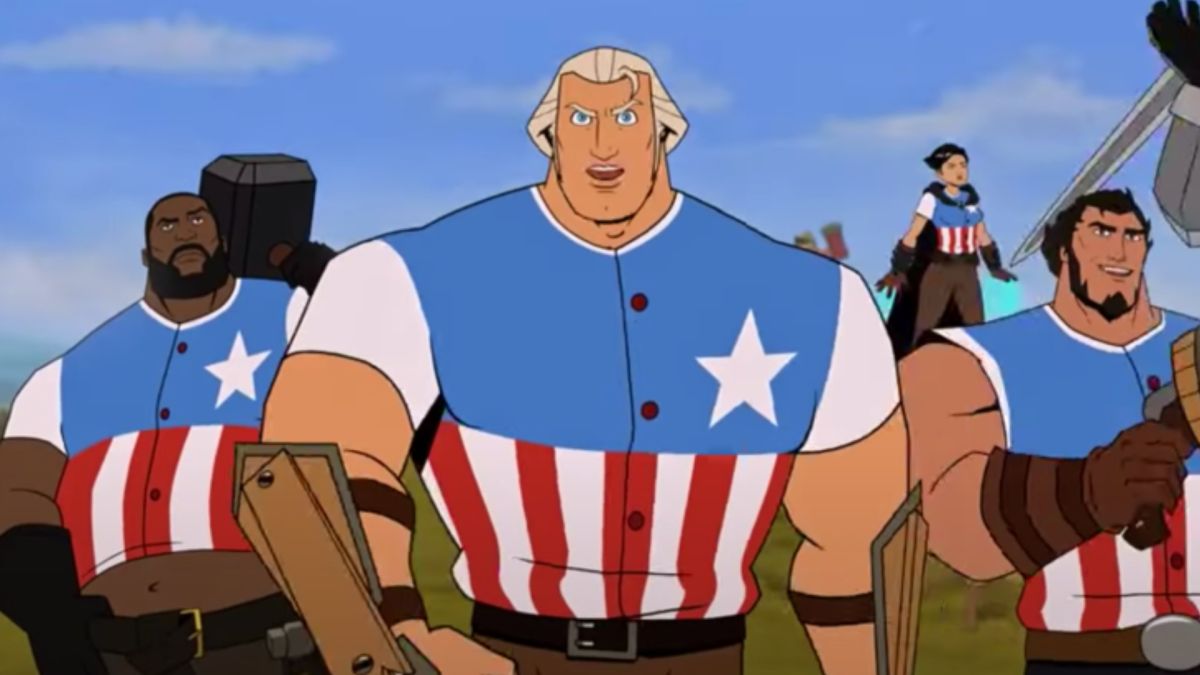 From the crew who worked on Archer, America: The Motion Picture is an adult animated satire that is mostly one joke repeated. It wants to portray a completely inaccurate history of the American revolution that is overwhelmed with frat boys, guns, chainsaws, vampires, and more. It’s not a bad idea if written well enough to have jokes that are stronger for more than just the easy allegories. Sadly, a lot of the wit and vigor that was present at Archer is not as present in this wild mess of sex, violence, and beer.

George Washington (Channing Tatum) is portrayed as a party animal of rippling muscles who is best friends with an also rippling Abe Lincoln (Will Forte). An unfortunate night at the theater leads to Abe being gored by the treacherous Benedict "Cosby" Arnold (Andy Samberg), who happens to be a werewolf. Angered at the death of his friend, George aims to avenge his death by assembling a team, defeating the British, and fulfilling Abe’s dream of forming America.

The film takes wild liberties with not only era inconsistency but even inconsistencies of its own plot. For instance, the Ford theater has been redesigned so the branding is more akin to the Ford motor company. Yet cars don’t seem to exist yet in this world. But, strangely enough, Arnold makes a joke about how Washington can’t think up good lines and that he has to practice them in the car. Washington then angrily asks what’s a car.

There’s a lot of firsts for Washington on his weird quest for forming America. He meets his wife Martha (Judy Greer) at Abe’s funeral and they hit it off so fast she’s pregnant in no time. He meets Sam Adams (Jason Mantzoukas), a frat boy who has developed this wonderful new drink called beer. Thomas Edison (Olivia Munn) is a Chinese woman with Iron Man tech. Paul Revere (Bobby Moynihan) is portrayed as a little slow but later becomes a mix of a centaur and Robocop. John Henry (Killer Mike) is a flustered blacksmith whiler Geronimo (Raoul Trujillo) is a Native American who constantly feels embarrassed around this band of mostly white people.

The satire of America’s warped view of history tries to be poignant but spends a lot of time running obvious jokes into the ground. For example, one mission to stop Arnold involves infiltrating a bar bluntly titled as Vietnam. It doesn’t take a genius to see where this is going, where their mission goes horribly wrong and the likes of Geronimo feels betrayed for such an obvious mistake.

Another on-the-nose moment features John Henry and Geronimo forgetting their mission of supplying weapons to the American forces and taking in a strip club. They talk about how stupid white people are and how they’re so sensitive for feeling they have to win everything. Just when you think the joke has runs its course, they also mention that showcasing such an obvious message of white privilege wouldn’t sink in unless it was shoved into some dumb cartoon. Way to insult both the audience and yourself, movie.

The animation is at least leagues more detailed than the relatively stiff nature of Archer. Characters have highly distinct designs and the voice cast varies up the performances, even for casting such Matt Thompson alumni as Judy Greer, Killer Mike, Amber Nash, and Lucky Yates. The climactic battle sequence is an absurd frenzy of odes to Star Wars and Avengers, where Paul Bunyan will face off against the robotic London clock tower. It’s just too bad that the film has to be so meta in drawing attention to it by talking about not blowing the budget in the second act so it can have that exciting third.

America: The Motion Picture is so aggravating for almost working. It has some teeth to its humor but the satire rarely lands a joke past the obvious, relying more on the ridiculous inaccuracies than the comedic performances. Archer was a show that managed to please by being about stupid characters but also had a certain level of intelligence for the audiences to recognize that even the most insightful can be prone to idiocy. This film mostly just seems to be built entirely on the premise of “what if George Washington was a dumb action hero?” That concept can only go so far and this animated film displays just how quickly it can lose that momentum.