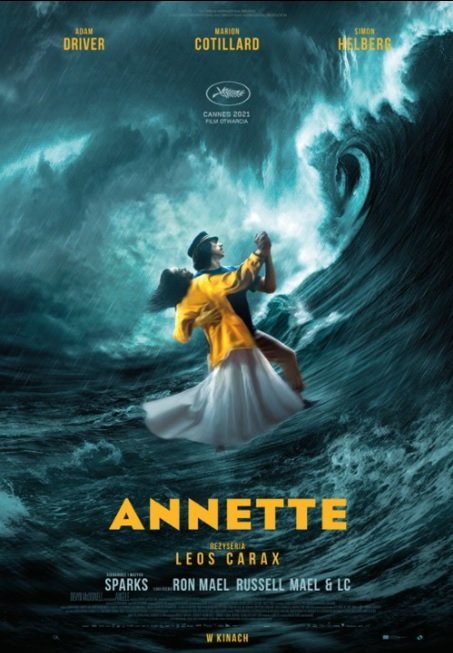 Annette is such a sublime rock opera that can’t be missed. 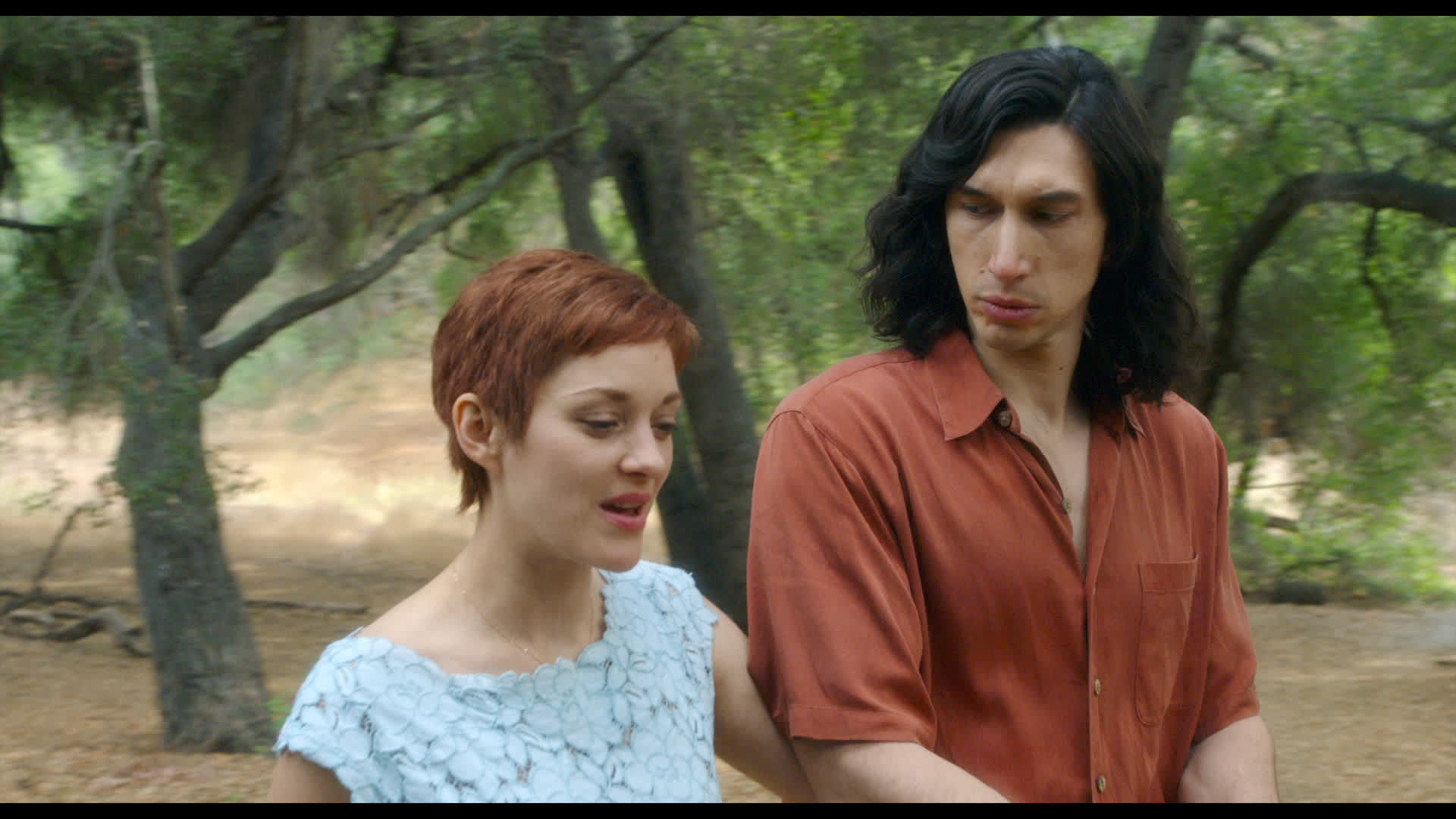 There’s a great combination of brilliance within Annette. You have Adam Driver playing a conflicting and intense character with angst and passion. You have the Sparks Brothers delivering some absolute banger songs fit for a rock opera. You have a weird puppet kid that is so surreal no character dare question its existence. Swirl it all together in a visually alluring picture and you’ve got one of the finest musicals of the year.

Driver plays Henry, a comedian who is able to play up a crowd with his uncanny abilities of manipulation. He’s married to the lovely opera singer Ann (Marion Cotillard). They love each other deeply but they both seem to be from different worlds. Talk of life and death is constantly on their lips and looming about their marriage with an uncomfortable sense of foreboding. When a kid becomes involved, it can only grow worse.

The two have a daughter they name Annette and she turns out to be a puppet. With the birth of his child, Henry goes worse. His show suffers as he starts becoming far less funny. He lashes out at the audience and they lash back. Henry can feel his grip of fame loosening while he struggles to be a father. There’s a dark path he staggers down as his mental state grows worse. Eventually, a drunken boating trip turns into a disaster when Henry tosses Ann overboard.

Henry is left to care for Annette and notices she has a magnificent voice. He chooses to exploit this gift of his daughter while at the same time being haunted by the spirit of his dead wife. Though Henry finds himself back in the big leagues of fame and fortune, he is still only living in a shadow. And one day, Annette will grow bigger, becoming more than just a puppet and loom over her father, deciding whether he stays or goes from the limelight. And given that Henry is partial to murder, his days are numbered.

The film is a deeply moving rock opera with fantastic performances and sequences. There are fascinating little details to pick up on as the film goes on; Ann travels around in a limo that looks like a funeral car to signal her march towards death while Annette’s framing is that of stars that she’s willing to put out for her own freedom. Songs breaks out with amazing emotion and melodies, thanks to the talents of the Sparks Brothers, who have a few cameos if you keep your eyes peeled.

The performances are top-notch. Adam Driver explodes onto the screen with scenes where he wallows in sadness and screams with fury. He’s easily able to go from a broken man to a drunken loser of meandering thoughts. Marion Cotillard doesn’t come as much of a surprise for her angelic voice but her sincerity becomes an essential and driving force of the entire picture. Credit also needs to be given to Simon Helberg as a conflicted accompanist in what may be his finest role.

Annette is such a sublime rock opera that can’t be missed. It’s darkly somber yet energized with fantastic music. The performances are astounding, the sequences amazing, and the songs are a real treat for the ears. This is far more than just a film where Adam Driver sings to a puppet, considering the final scene will shred your heart into a million pieces.