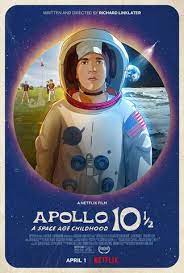 Apollo 10 1⁄2: A Space Age Childhood is a brilliant animated slice-of-life dramedy with a warm glow. 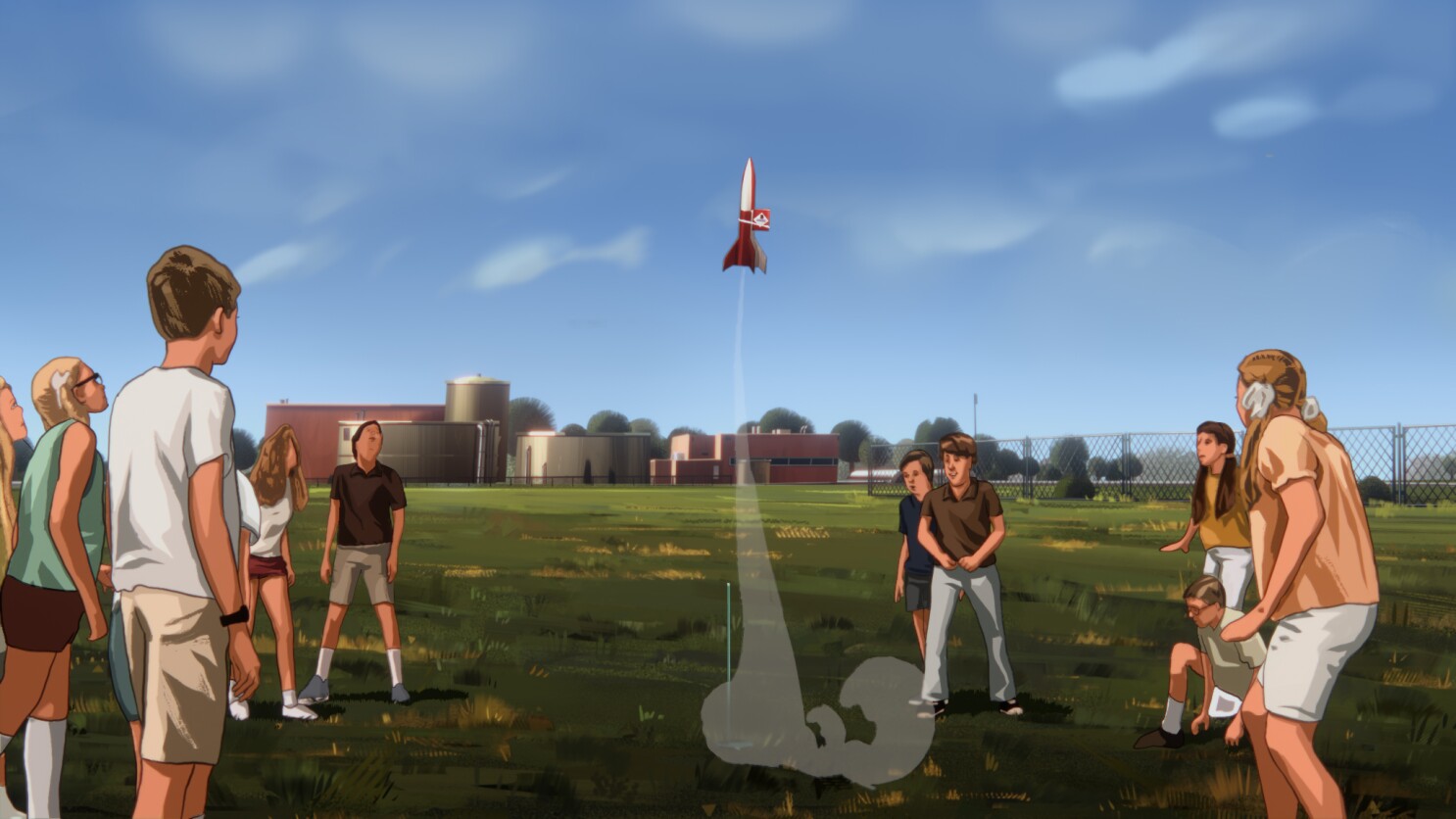 Richard Linklater is one of those directors where it’s always fun to get lost in his meandering ideas. He returns to the medium of animation once more with the rotoscope style he developed in his previous picture A Scanner Darkly. This time he’s using it to create more of his bread-and-butter type of filmmaking that focuses on the calming reflection of nostalgia, perfected in his most notable pictures of Dazed and Confused and Everybody Wants Some. For taking aim at the 1960s space race era, Apollo 10 ½ manages to be one of his better films for enrapturing us into a different time through the power of animation.

The film follows Stanley (Milo Coy), a school-aged kid growing up in the suburbs of 1960s America. His story is narrated by his grown-up self (Jack Black) in the style of A Christmas Story. Stanley’s life seems pretty typical until he’s approached by NASA to help out with the space race. Or at least he thinks he does. Stanley, however, doesn’t reveal too many of the details, stopping his story just as he barfs while testing G-forces.

The majority of the film mostly focuses on what it was like for Stanley to grow up during that time. He speaks about being within a crowded family and how they’d constantly bicker over the television. He talks about his neighbors with even more kids and how it wasn’t uncommon to have a few of them playing in the middle of the street (including the baby). There’s talk of his favorite TV shows from that time, listing off the laundry list of essentials as well as the one-season shows that most wouldn’t recall. His siblings seemed to particularly bond over Dark Shadows, cutting off their outdoor play when they realize what time it is.

There’s an innocence to such a picture that keeps the kid's perspective firmly in mind. Stanley speaks of the issues of the decade more as being background noise, recognizing how riots and assassinations seemed to be the most common thing on the news. In doing so, Linklater taps into a part of childhood that few filmmakers seem to address with such detail and honesty. Most kids growing up in a white suburb, particularly one in Texas, were so insulated from such events that it certainly would be the background. Foremost on their minds would be watching television or going to the local theme park, aspects that are spoken of in far more detail.

Stanley’s father (Bill Wise) becomes more of the vessel for recognizing the space race, being a NASA engineer himself. He keeps a close eye on the moon landing as it nears and Stanley looks on with amazement. If even one member of the family changes the channel during the shuttle launch coverage, you can bet dad would snap out of his recliner and switch it back, stressing how history doesn’t deserve to be tuned out for sitcoms. I also dug the limited knowledge exposed by Stanley’s mother (Lee Eddy), who tries to teach her children how to spot hippies in public.

The animation is surprisingly detailed for the rotoscoping format. It feels less smooth than it did in A Scanner Darkly but with a unique color palette that reflects the 1960s. This format also allows for more of the fantasy to spring forth, where Stanley can easily conjure in his mind the prospect of himself landing on the moon. There’s something very whimsical and clever about such a staging, making the film just a bit more than Linklater’s attempt at making a Dazed and Confused for a younger crowd.

Apollo 10 1⁄2: A Space Age Childhood is a brilliant animated slice-of-life dramedy with a warm glow. It creates a vivid world that seems almost dreamlike in its depiction yet real in its many small details. Everything from the soup cans being used as curlers to the ways to circumvent punishment from the gym teacher all paint a fascinating film. This is one of Linklater’s best films by far.