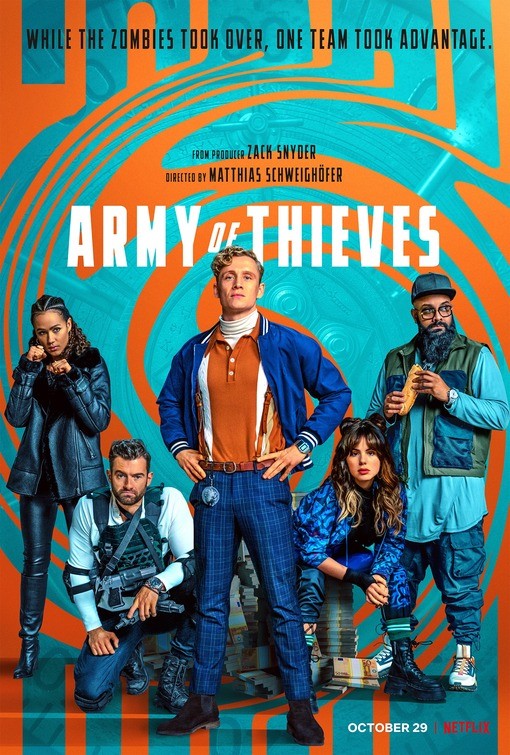 Army of Thieves manages to narrowly be a more entertaining film than Army of the Dead. 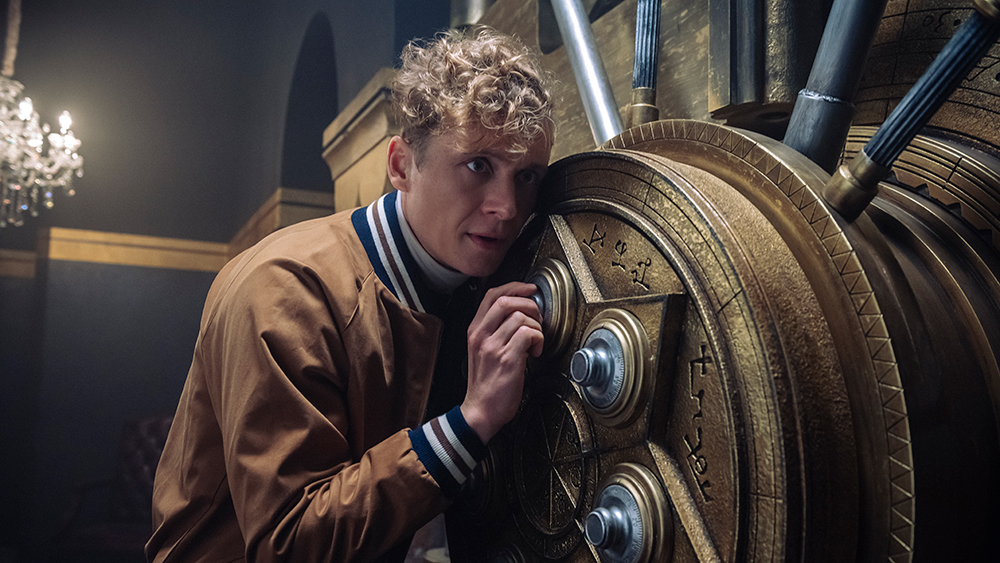 Zack Snyder’s Army of the Dead wasn’t exactly the zombie Dirty Dozen it was perhaps aiming towards. It introduced too many characters and was far too all over the place in how it played with the concept of merging horror with heists. That being said, there was potential for some of the characters. One of the more eccentric and charming characters was Sebastian Schlencht-Wöhnert (Matthias Schweighöfer), an adorable safecracker with excitement about his work. Even though Army of the Dead seemingly killed him off, there’s always a chance for a prequel. Thankfully, we didn’t have to wait long for such a film.

Army of Thieves follows Sebastian’s slow climb into the world of crime. His life in Germany is spent working at a bank where he is devalued and making YouTube videos on safecracking that nobody watches. It’s hard to imagine his spirit wouldn’t garner some views but, then again, maybe there’s a saturated market for safecracker content. It sure seems that way when Sebastian is tapped for joining a bank heist gang. To be hired, he must compete in an underground competition of timed safecracking. Only the expert thief will be able to crack the toughest of mechanisms in a short amount of time. Given that Sebastian is capable enough, he naturally wins.

The team that Sebastian works with has their moments but few can outshine his mastery of English and German with great exuberance. Gwendoline Starr (Nathalie Emmanuel) works closest with Sebastian and a crush forms between them. Korina (Ruby O. Fee) is an expert hacker who almost starts to come over to Sebastian’s geeky side of being amused by the expertise of a plan coming together. Brad Cage (Stuart Martin) is the gung-ho gunman who finds every member of the group expendable and is more than willing to dump Sebastian off the back of a truck the first chance he gets. Rolph (Guz Khan) is the getaway driver who has faux intimidation that is kinda adorable in its own way with how he tries to remain a determined robber.

The story basically involves the team trying to rob from the three most impossible safes of Europe. The gang gets Sebastian to the vault so he can work his magic and it’s quite the sight. He cites history and relates the creation of certain vaults having correlations to novels and music. The direction by Matthias Schweighöfer himself allows for these moments to feel magical as though you’re watching a composer at work. Every scene with this character is a joy to watch as it plays out with a certain enticing allure.

All that being said, Army of Thieves is still locked into some annoying traits that linger from Snyder’s style of direction. The team is introduced in vivacious and punchy typography with backstories revealed in flashy and quick cuts. The action sequences, slick as they are, still feel rather pedestrian in how they are staged. While Sebastian is by far the highlight, the supporting characters stick out as sore thumbs for being nowhere near as compelling. Everybody else just feels like a par-for-the-course trope with little character to make them stand out amid the charisma titan that is Matthias Schweighöfer. Even the easily flustered law enforcer (Jonathan Cohen) who is always one step behind doesn’t really have a great moment of exploding anger for never catching the thieves.

Army of Thieves manages to narrowly be a more entertaining film than Army of the Dead. It has an undeniable energy that makes one easily root for the underdog of Sebastian to crack the most impossible of safes. The editing also has a speedy zing, especially for the first big heist that is told in more of a non-linear subversion. On a technical level, it’s a satisfying picture. In terms of characters, however, there’s still a lot of potential left unfulfilled.