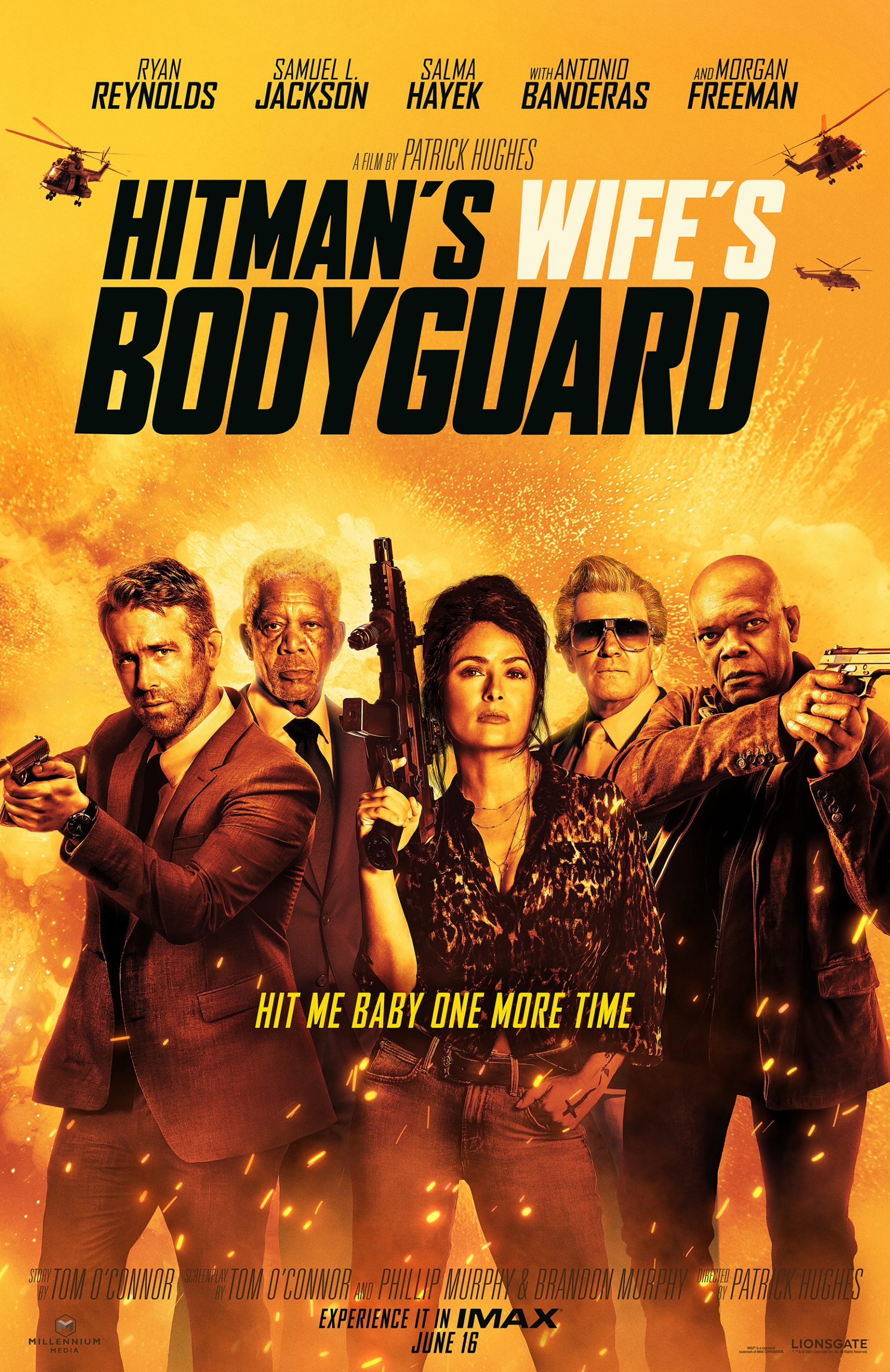 As cluttered as the title, Hitman’s Wife’s Bodyguard is a chaotic mess of a movie. 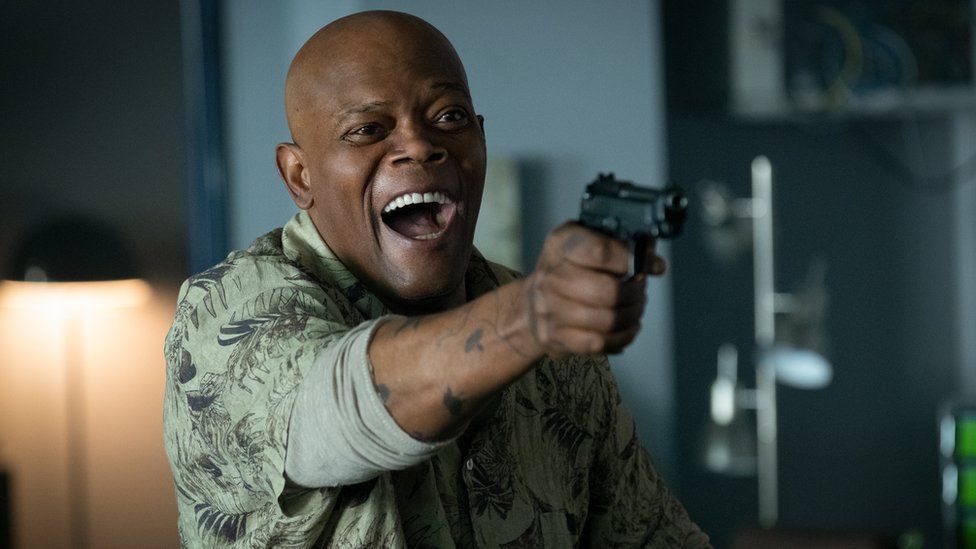 As cluttered as the title, Hitman’s Wife’s Bodyguard is a chaotic mess of a movie. It tries to throw everything that it possibly can at the screen in hopes of being louder and more bombastic than the previous picture. Unfortunately, it seems to mostly be louder as it struggles to find more snark and silliness amid another action-heavy adventure.

Michael Bryce (Ryan Reynolds), having been disgraced as a bodyguard on his last mission, finds himself unable to come to terms with himself when his agency considers revoking his bodyguard status. Deciding he needs a break from the grind, Michael takes a vacation, both literal and ethically, from the business of guarding and killing. It’s a vacation that, of course, will not last long. It seems that Michael only sets a few feet on the beach before he is thrust back into the world of high-speed chases and gun-toting bad guys chasing after him.

The hitman couple of Darius (Samuel L. Jackson) and Sonia Kincaid (Salma Hayak) are also trying to have their own getaway of sorts, taking a break from the world of violence to enjoy their honeymoon. However, work just seems to follow them and they have hardly a minute to enjoy their time together before more bad guys are gunning after them. But they have bigger problems than more people after their heads as the topic of having a family places their relationship on rocky ground.

All three are thrown together when a snarky Interpol agent, played by Frank Grillo in his default mode of bitterness, needs them for a job. The European Union is under attack by a greedy crime boss played by Antonio Banderas, decked out in the James Bond villain starter kit of an elaborate mansion, numerous hitmen, and a fancy yacht. His scheme is to drill into the energy grid and hold the continent hostage for his demands of improving Greece. And since James Bond doesn’t exist in this movie universe and Grillo is apparently not brash enough for such a job, he enlists the titular hitman, his wife, and his former bodyguard.

The film works best when the trio are outright ignoring the standard and frankly boring plot of global domination to work out their own problems. Michael has a bigger issue than just feeling like a lax agent as his bitterness and regrets stem from a traumatic childhood experience and being unable to face his father. Darius and Sonia want to have kids but there is so much that seems to be holding them back from taking the next step in their marriage, aside from trust being a big factor. All of them take every chance to ditch the Banderas plot and veer off into their own personal journey. If only they had enough knowing comedy injected into the by-the-numbers world-domination plot to comment on the uninteresting nature of it all, considering they really don’t seem to be invested.

There’s actually some decent humor here and there. The grand reveal of Michael’s father is comical in how it makes Samuel L. Jackson double-take with raised eyebrows (if only the joke didn’t go on for so long). I enjoyed the fast-paced montage of Darius and Sonia ditching their mission to blow money on a brief honeymoon of shopping and opera. There’s even a brilliant jab at the impractical nature of such elaborate Bond-esque stagings, as when Michael and Darius are confused why a yacht would have hovercraft-wielding assassins when such unstable devices don’t do well against expert gunmen. These are moments of great laughs but they’re few and far between in an action film that feels par for the course.

This is a middling sequel to The Hitman’s Bodyguard that still finds some funny stuff to play off of but still struggles to an exciting mixture of action and comedy. It’s a strangely tame picture considering most of the film finds Hayak screaming in frustration, Reynolds nervously feuding, and Jackson being his usual mix of laughs and profanity. Here’s hoping we won’t have to endure a sequel with a more confounding title and a less enticing plot considering this entry is already running on a nearly empty tank.