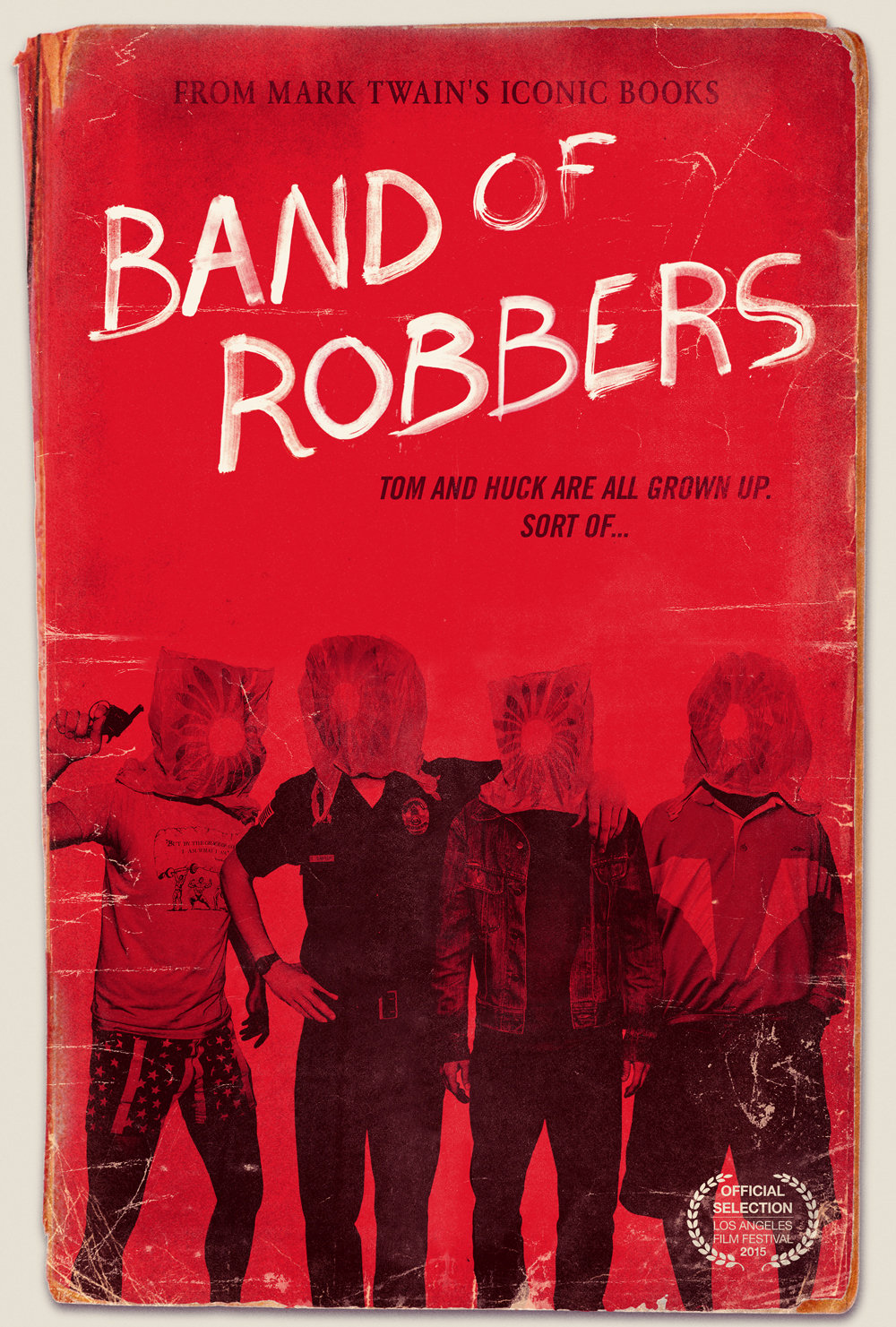 Band of Robbers mostly succeeds in taking Mark Twain’s stories and weaving them well into a modern heist story. 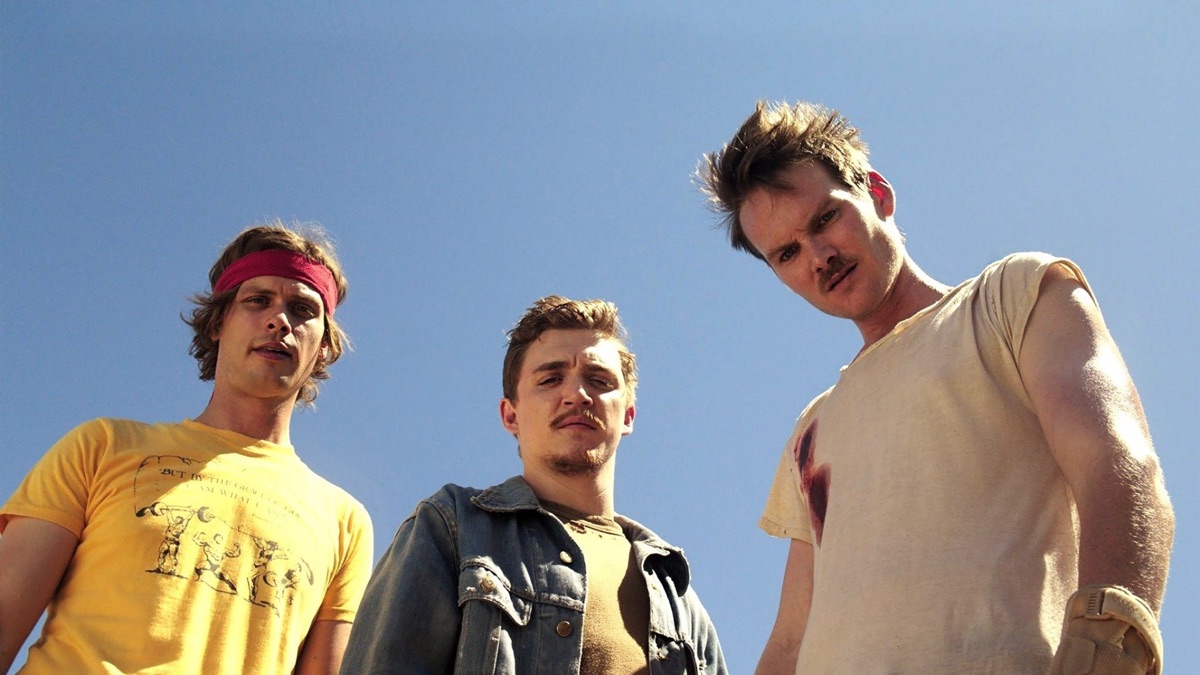 As a modern reworking of Tom Sawyer and Huck Finn, there’s some admirability to the staging of Band of Robbers. It ages up the characters and gives them more of a relatable drive for the rebellion that one feels under the pressures of capitalism, questioning authority when it feels like the system is stacked against you. That type of story sounds so good that it’s almost disheartening that this picture ends up only as a decent crime comedy.

Kyle Gallner plays Huck Finn, a criminal recently released from prison. After having served his time, he reconnects with his old pal Tom Sawyer (Adam Nee), a cop who is still holding out hope that he is bound for more in life. And by “more in life” I mean money. Despite his hard work, Tom remains the lesser cop of his department, always looked down upon for his efforts. Fed up with playing by the rules, Tom decides to switch things up and play for the other side of the law. He teams up with Huck to stage a heist at a pawnshop said to be holding a valuable treasure, thanks to their drunk contact Muff Potter. With the aid of their dangerous friends Joe Harper and Ben Rogers, they plan out their heist.

There are, however, a few factors that get in the way of making off with the valuables. The biggest antagonist they have to face is Injun Joe (Stephen Lang), a brutal criminal who fancies himself an appropriator of Native American culture. Lang always makes for the best villains and he certainly becomes a highlight of this picture where he plays the problematic antagonist. As if that weren’t enough, Tom also finds himself training the rookie cop Becky Thatcher which complicates the plans further. All signs point to the robbery going awry and it certainly does through a series of cryptic clues and daring escapes from both criminals and cops.

For those who were big fans of the novels, you may be surprised how close this type of story tries to stick to the source in terms of character and dialogue. Even certain plot twists are present in the narrative as they were in Mark Twain’s original writings. The quirks of the characters also keep this movie moving with a certain energy that always keeps you engaged. The actors make these roles their own and never feel like they’re treading lightly in adapting a classic work of literature. There’s no Shakesperian stuffiness here as you get to know and love enough of the characters to be enticed to see this picture through to the end.

That being said, the film certainly drags in a few parts to keep all its mounting tension present. It may not help the film either if you’re not that well versed in Twain’s writing. If you’re not, this film might just feel like a ho-hum heist picture. In some instances, it becomes just that, where certain cliches of the sub-genre are not off limits in this film. You can certainly feel the familiar twangs of Wes Anderson and the Coen Brothers present in the meanderings of this story. This is mostly for the staging of the settings and characters, where there’s a dry humor present but not dry enough to match the same level of sophistication within the works of Anderson and the Coens.

Band of Robbers mostly succeeds in taking Mark Twain’s stories and weaving them well into a modern heist story. It’s perhaps the best one could expect from adapting Twain’s work into something more than just a retread of the same. Still, one can’t help but feel there’s more that one could do with this material than merely turn in a good-but-not-great crime picture. With all things considered, it’s still a solid attempt by the resilient Nee brothers who direct this film with quirks all its own rather than borrowing everything from Twain.