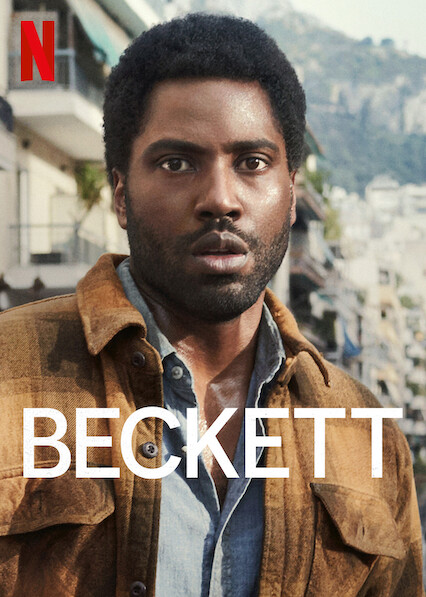 Beckett brings decent chases and grit but not a whole lot else.

Beckett is a wrong-place-wrong-time thriller that finds John David Washington on the run. He plays the titular character of an American on vacation with his girlfriend in Greece. Though they had planned to stay in Athens, the presence of protests has led to them fleeing for a more rural getaway. That may have seemed like a smart call but it turns out to be a deadly one.

A drive to the hotel proves fatal for Beckett’s girlfriend who does not survive the crash. Uncertain of what to do next, a shocked and depressed Beckett finds himself questioned by police about the house he crashed into. Though the house was abandoned, Beckett did manage to see a boy before he passed out and ended up in the hospital. Though Beckett doesn’t know the boy, the police seem to know who he is. And that boy is apparently too important for some nobody like an American tourist to know about.

It isn’t long before a discharged and injured Beckett finds himself fleeing across Greece while cops and hitmen seek to kill him. A daring dash around mountains and fields finds him being pursued all the way to Athens. Even getting to the American embassy proves to be just as dangerous, where a tourist finds himself thrown into a conspiracy involving politicians, communists, and the mafia.

Director Ferdinando Cito Filomarino gives the film a great bit of intensity. The chases across mountainsides are pretty exciting, as Washington ascends to the top while gun-toting hitmen scale below. The stakes feel fairly high as Washington becomes more injured and bloody as his quest continues. He gets shot, stabbed, punched, nearly tased, and shot again as he struggles to both survive and solve the mystery he has become a part of. I especially dug Boyd Holbrook in the role of the turncoat. He’s able to easily make the transition from a bespectacled US embassy agent to a violent deceiver desperate to get Beckett out of the picture.

Such a premise is sure to inspire relation to something like North by Northwest. A key component of Hitchcock’s style, however, was to make politics more important to the characters than the audience. While this same aspect does seem to be the intent of such a picture, it’s surprisingly not as engrossing for servicing little more than a handful of solidly shot chases and fights. However, it’s a bit hard to divorce from the more national plot at play where protests and assassinations are abounded in a rather stirring swirl of political intrigue. Sadly, it mostly just amounts to, as Washington notes, mafia crap.

By the third act, Beckett more or less just accepts that he’s gotta get a job to save that kid he saw. And, hey, why not? The third act does lead to some of the best moments, as when Washington has a showdown with Holbrook and later has a pretty intense fight in a parking lot. It’s a bit inexplicable considering how easily a tourist will jump into these tough situations but it’s still a lot of fun watching such an actor engage in gritty violence as the wrong guy to do the right thing.

Beckett brings decent chases and grit but not a whole lot else. For what essentially amounts to more of a chase film than a political action thriller, it’s thrilling for its drive but rarely engages past its initial draw of theatrics. It’s a sufficient action picture in this regard but unlikely to be a major highlight of Washington’s resume.