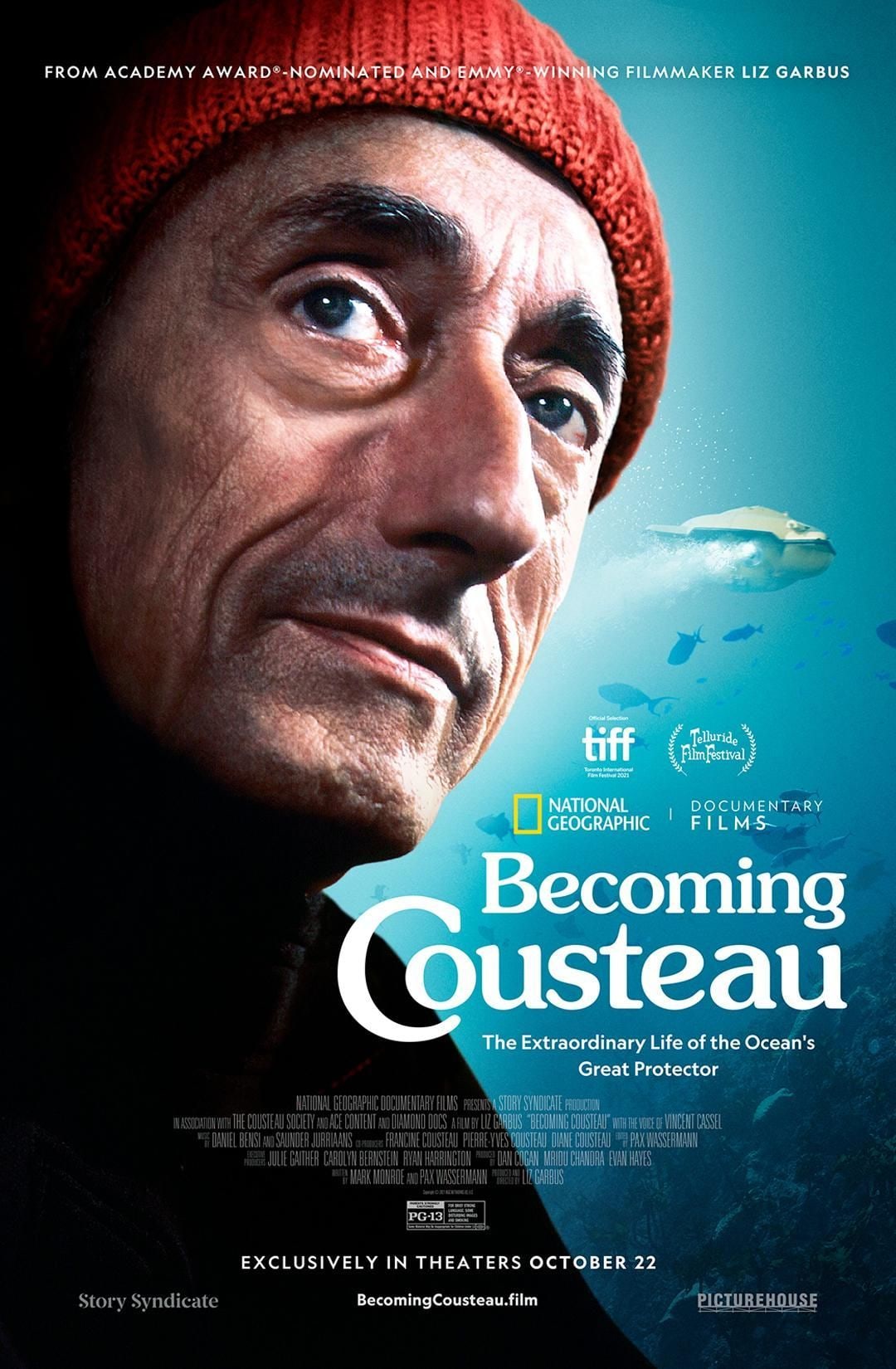 Becoming Cousteau is a brisk yet beautiful portrait of an important figure in environmental sciences. 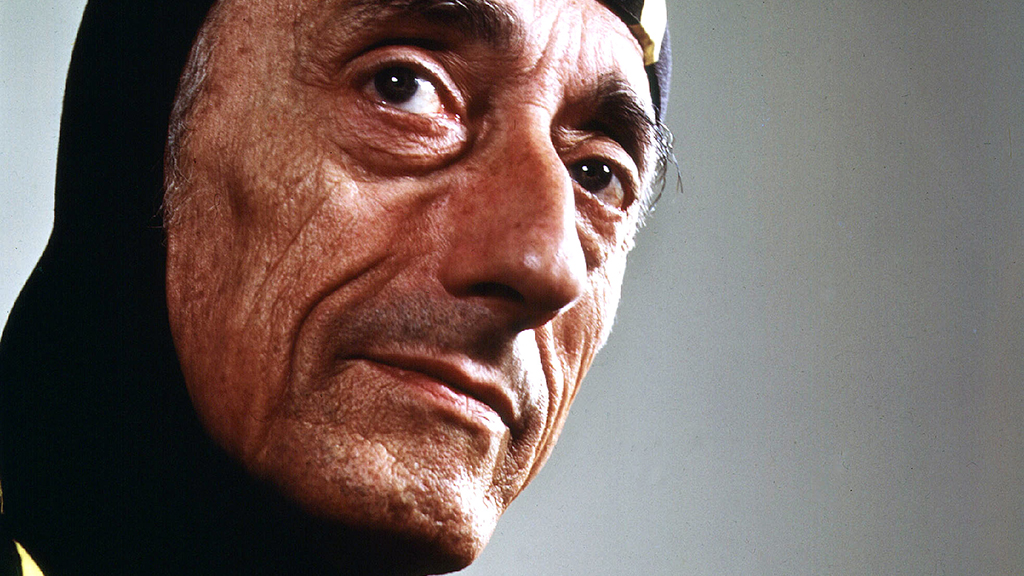 Jacques Cousteau is a name that most people know as the documentarian in the red cap who was fascinated with the ocean. His TV series of The Undersea World of Jacques Cousteau is by far one of the most fascinating and marvelous examples of observing environmental sciences on television. You’ve probably even seen him parodied, most notably in Wes Anderson’s The Life Aquatic. But there’s far more to Cousteau than just being a guy who really loved filming stuff underwater.

This documentary digs into the life of Jacques Cousteau and his complex relationship with the world. We follow him in his early days when he enjoyed going out on boats and diving underwater to observe sealife. He was an innovator in that he not only fell in love with the ocean but found new and innovative ways to become all the more involved. When he wanted to stay under the water longer, he sought various means of maintaining oxygen for better adventures. When realizing there was such beauty beneath the waves, he tried to find a way to get a camera under the water without breaking.

Cousteau never had some eureka moment about wanting to make films with his aquatic voyages. It just sort of happened. He loved to film just as much as he enjoyed exploring sea life. The two were bound to come together. His early days showcased just how much he struggled to find some philosophy and meaning in his work. At first, it was all about finding a way to sustain his lifestyle. He would take on jobs for BP oil and ended up savaging sealife on his many expeditions. It’s an aspect that even the filmmaker looks back on in interviews with some regrets for stuff that he’d dare not do or even film in his older age.

Over time, Cousteau’s obsession turned to grander ideas. He started theorizing that the future for humanity may not lie in the stars but in the depths of the ocean. After all, there is more water than there is land on Earth and it would seem to make sense that a larger population of the future would take to living under the water. Ideas of societies and cities that exist in an aquatic environment started popping up in his talks, perhaps somewhat reflected in the short-lived cartoon Sealab 2020.

But as Cousteau observed more of the environment, however, his priorities shifted. His outlook had shifted from humanity being one that is bound for the ocean to being one that needs to clean up its own room before venturing into a new domain. The degradation to the ocean and our world was something Cousteau couldn’t ignore and it made him all the more cynical in his mindset and active in his activism. It’s for this reason why the later seasons of his TV program tended to air more on the bleaker side, stressing that humanity needs to be more active than distant in how we interact with the Earth.

We get to see a lot of sides of Cousteau in this documentary. There’s a philosophy examined in how he wants to view the world through different eyes and how there’s a certain emptiness that comes with being buried in such all-encompassing work. There’s great beauty but also sadness in his exploration of a magical world that lies beyond land that is in danger of getting much worse before it gets better. At the same time, we also see the optimism of Cousteau in his later years where there’s a sense of hope in his eyes about the next generation and how it will tackle climate change.

Becoming Cousteau is a brisk yet beautiful portrait of an important figure in environmental sciences. He’s a rather remarkable man considering that Cousteau never really set out to be a scientist or a filmmaker. When deciding on his title, a few have simply referred to him as an explorer. It’s a title that Cousteau could get behind and perhaps the best way to decipher such a complex, conflicted, and deeply passionate man who gave us invaluable resources for understanding the planet we occupy.