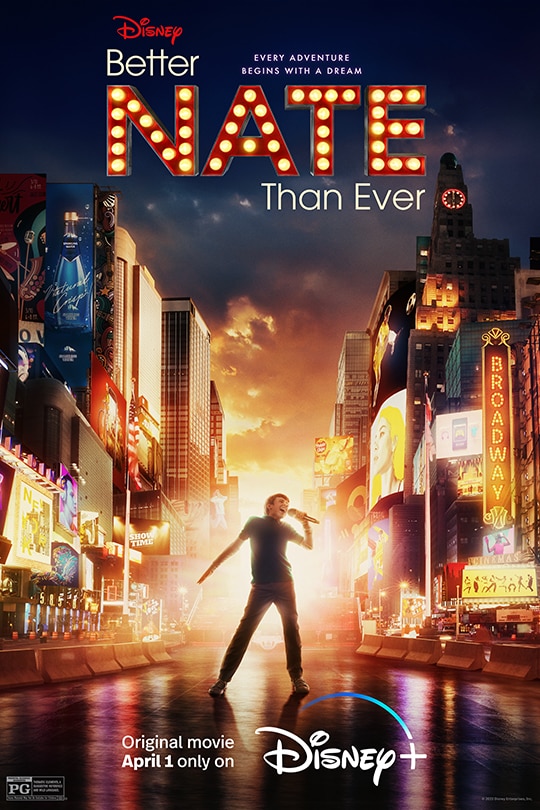 Better Nate Than Ever is a mildly entertaining bit of a fish-out-of-water comedy.

Better Nate Than Ever (2022) Review By Mark McPherson 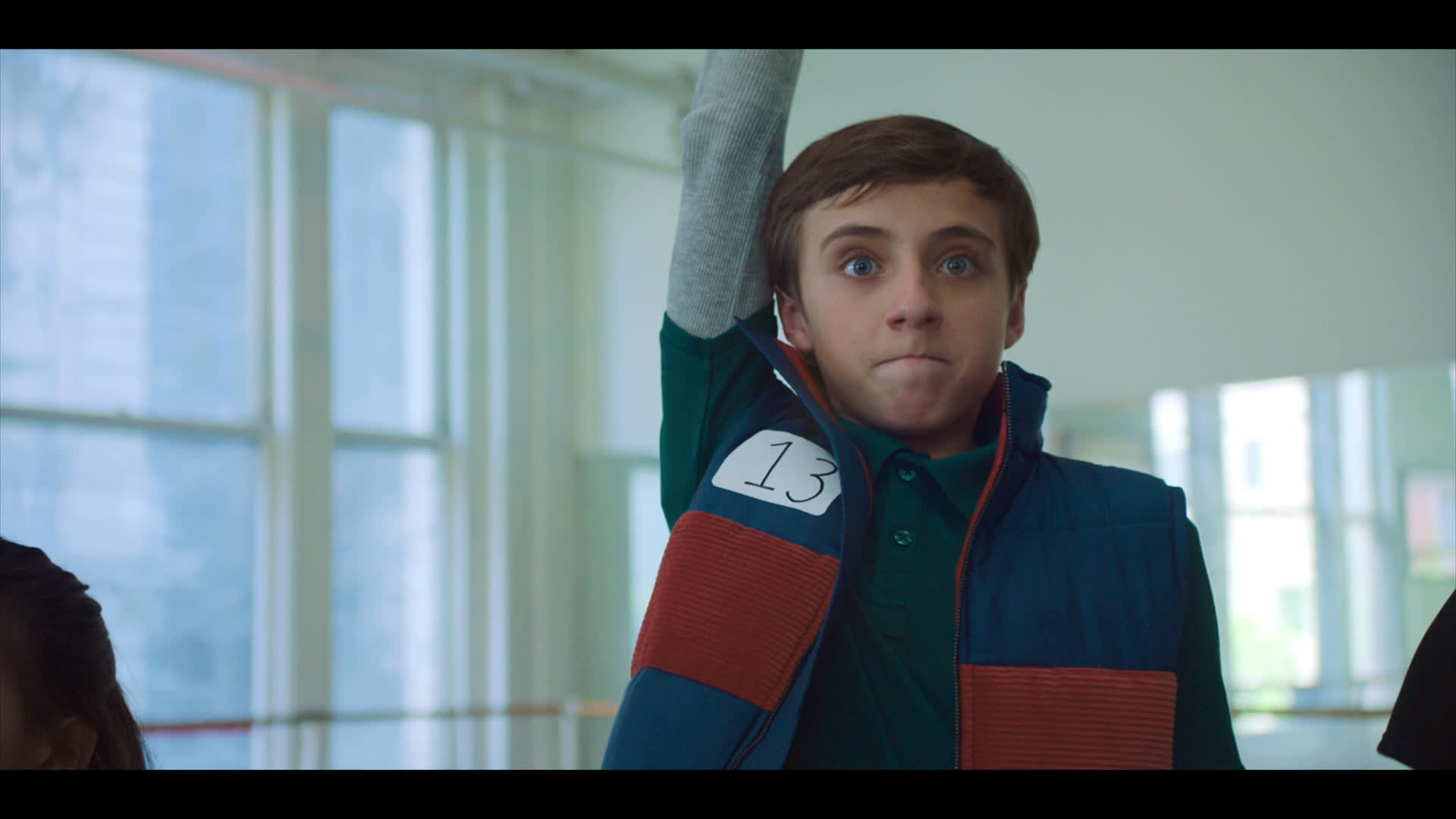 There’s a simplistic yet adorable charm to the enthusiasm coursing through Better Nate Than Ever. There’s also a bit of a throwback element for a coming-of-age comedy where all a kid needs to break out on their own is a bit of gumption and some luck. Perhaps that’s the best way to approach the tale of an aspiring actor, favoring more of a dreamlike state suited for a sincere musical.

Nate Foster is a 13-year-old with dreams of becoming a Broadway actor. Given that he doesn’t live all that far away from New York City, that’s certainly a dream that feels close. Nate is a major Broadway geek, obsessing over all the best stage productions and eager to debate his favorite. So you can imagine his disappointment when he’s not given the role he desires for the school play. Despite the encouragement of his best theater-kid friend Libby, Nate feels a bit down about not being well on his way to stardom.

All of that changes, however, when he discovers that Disney is developing a Lilo & Stitch Broadway musical with an open casting call. This could be his big shot to become the star he has always envisioned himself to be. Of course, his parents, understanding as they may be, would never let him take a trip to New York City for such an adventure. Some lying is required to make this trip a reality, as Nate and Libby venture to the big city for a big role.

This is very much a chipper coming-of-age comedy that is charming if not hard to swallow at times. There is some humor meant to disillusion Nate about his visions of New York and Broadway but they’re mostly small gags. Consider when Nate and Libby first arrive in New York City and enter onto a street that is littered with garbage bags. This is accurate for anybody who has been to the city but the volume of garbage bags is rather light. After all, you’ve got to maintain some fantastical charm for such a picture.

There are a lot of aspects of the film I adored for the type of people an aspiring theater kid would want to surround himself with. Nate’s brother, Anthony, is a jock but doesn’t take advantage of his brother’s troublemaking the way so many other stereotypical bully-brothers of these types of films may be. There’s a great moment where Anthony decides to take responsibility for Nate and not rat out his little brother. After all, the kid is trying to shoot for his dreams early in life and you gotta respect that.

Of course, achieving those dreams is hard if you’re a kid on your own in the big city. This is where Nate’s Aunt Heidi (Lisa Kudrow) comes into play as the reluctant adult who unwittingly offers support. With a little deception, she becomes the flustered family member who helps Nate get around the little issues with the audition, such as not being old enough for the production. It also helps that Kudrow is a pleasure to watch with the ease of such a role. There are some smirk-worthy moments where she references Adventures in Babysitting and none of the kids understand the movie she’s referencing. She bitterly refers to herself as being 100 years old.

Better Nate Than Ever is a mildly entertaining bit of a fish-out-of-water comedy. It certainly has its commercial Disney elements considering the grand finale is a Broadway production of another Disney property. Still, for a film where the young actor’s dream comes true of playing Stitch on Broadway, the charm is earnest enough that it’s a decent diversion and a sincere picture for any kid aiming for theater as their passion.