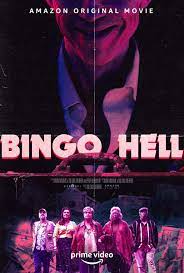 Bingo Hell has a decent allegory that unfortunately never pays off. 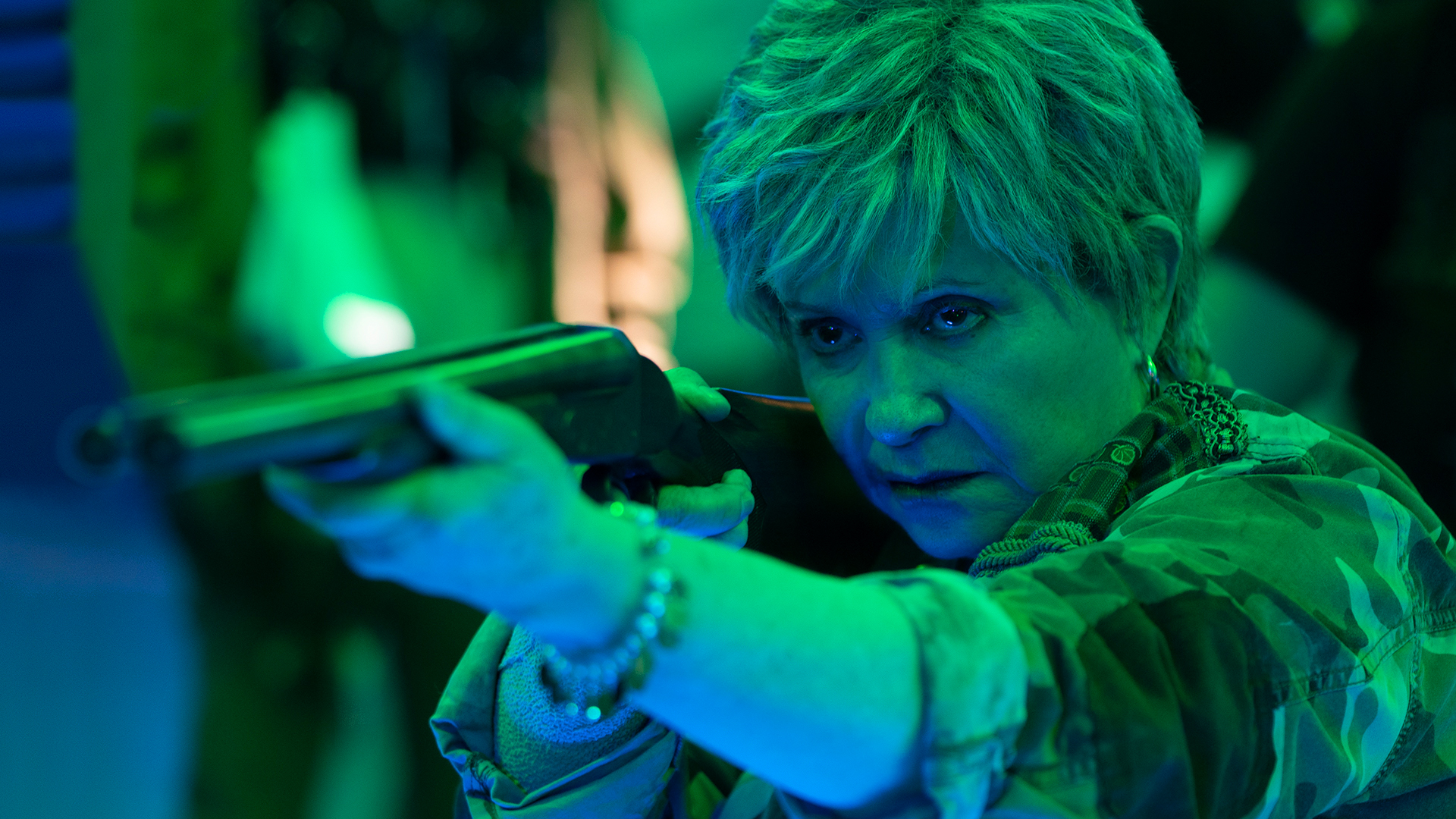 There’s a mixture of the poignant and giddy with a horror concept like Bingo Hell. There’s certainly a compelling idea behind trying to evoke terror from the prospect of gentrification and the desperation of those seeking money at any cost. There's anger and desperation worth exploring but this stylish horror becomes a bit more lost in the glitz and gore than it does say anything all that interesting on the topic.

The tale takes place in Oak Springs, a community of older folks who are slowly being priced out of their neighborhood. Lupita (Adriana Barraza) is one of the most present and cranky elderly residents who takes great opposition to how her community has changed. She sneers at the millennials who swarm to her low-income area with coffee shops, knocking cups out of hands with a cynical sensation. She hates watching what her neighborhood has been transformed into. The one bit of glee and communal spirit is bingo night, where friends gather to enjoy and partake in the contest of chance with cheerful excitement.

But even bingo is not safe from outside influence. There’s a new bingo hall that has rolled into town, helmed by the cackling circus performer of Mr. Big (Richard Blake). With a sinister smile and a big outfit, he invites everyone in the neighborhood to come to play his big and flashy game of chance. After all, the prizes are huge cash payouts that could really turn someone’s life around. Of course, the neighbors keep coming back because it’s really their only option for trying to stay in the neighborhood.

Naturally, there’s a catch to winning such money. Those who win have a brief time of great happiness for being financially sound. They then hallucinate their enjoyment turning deadly as Mr. Big’s influence causes them to commit suicide in a variety of ways. Sometimes they dig their fingernails into their skin until they bleed out. Other times they’ll stick their hands inside active engines. All of them are blinded by their payouts to not see the crushing influence right in front of them that is fooling them into killing themselves right out of the community.

Bingo Hell has a decent allegory that unfortunately never pays off. You really have to squint to see the message being presented here about how lower-class people are taken advantage of by those who taunt and tease them with money. You can almost see a relation to predatory loans if you peel hard enough. The problem is that any solid observation gets lost in the creepy cinematography and gory kills. On a visual level, the film looks great but quickly loses any sense of meaning as it descends into little more than a violent picture of old people taking revenge on the elite with little more than blood and one-liners.

While there is some glee in watching a bunch of old folks take bloody revenge on a huckster, this social horror only delivers with more of a bloody grin than a brain in its eyes. I will admit there’s a certain glee in watching Lupita and company bash the skull in of a crafty killer while cackling that this man came to the wrong neighborhood. A lot of the blood and guts are also competently staged for the most effective of wincing. But there’s much-wasted potential in such a concept that starts out with the promise of commentary and ends as little more than a bittersweet revenge fantasy, where any greater message feels lost in the copious amounts of neon viciousness.