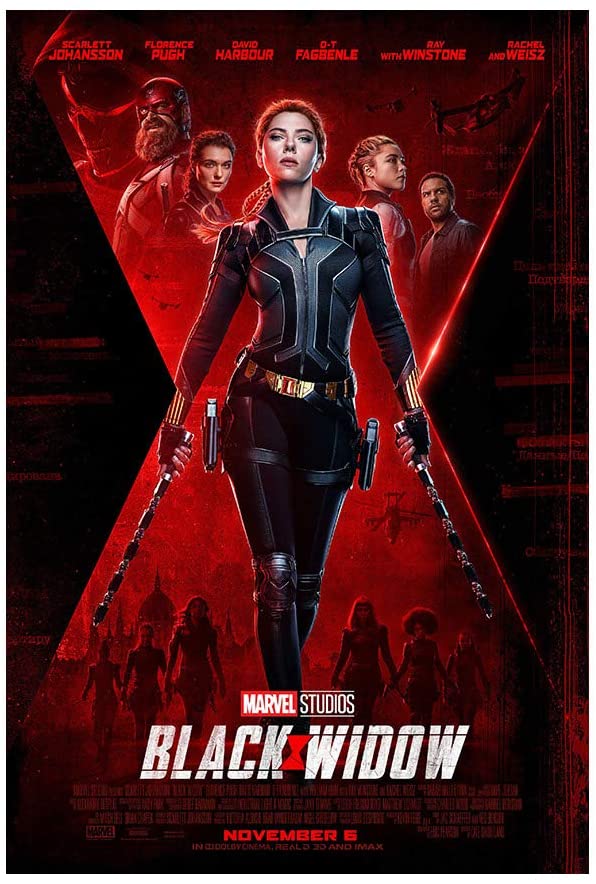 Black Widow goes for less of a whiz-bang Marvel picture and more of a steady and strong spy thriller. 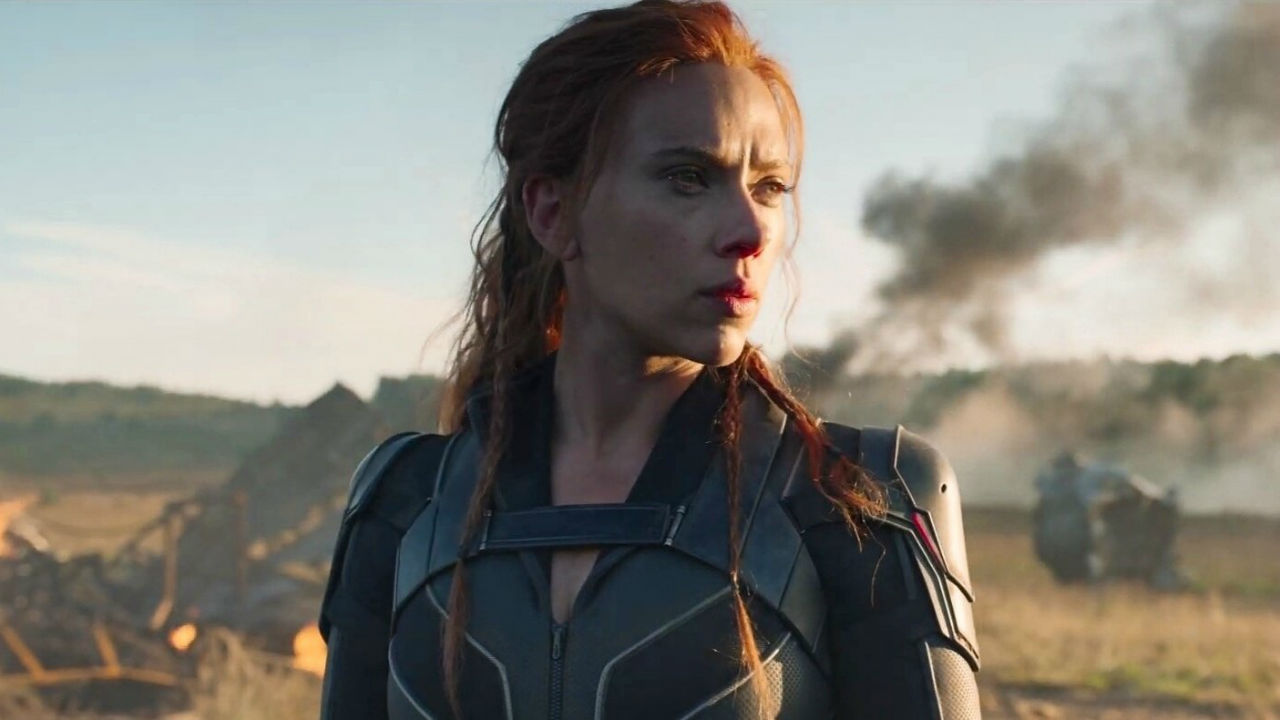 Black Widow is a bit of a tough sell of a film considering it takes place between previous films and comes off more as a prequel than a side story. There’d been talk for quite some time of a Black Widow movie, to the point that even Saturday Night Live posed a parody of how much Marvel would screw up appealing to women by writing Black Widow as a romantic comedy. Thankfully, the founding Avengers first (and last) solo film manages to stick the landing and become an apt spy thriller.

Taking place directly after the events of 2016’s Captain America: Civil War, Natasha “Black Widow” Romanoff (Scarlett Johansson) finds herself on the run and alone once more. While she tries to build up her resources and lay low until she can catch up with the rest of her team, she happens upon her long-lost sister Yelena (Florence Pugh). After some trust exercises of kicking each other’s butts and then running from evil operatives, they reconnect and speak of their time being trained by the sinister shadow organization of the Red Room. Having recently defected from the dark group of manipulation, Yelena figures a team-up is in order to take down this child-abducting secret army once and for all.

Getting to the secret base of the Red Room requires them to reconnect with the parents that abandoned them when they were little. Their father, Alexei Shostakov (David Harbour), was once known as the super-soldier Red Guardian but those days are behind him. Their mother, Melina Vostokoff (Rachel Weisz), is a brilliant scientist who continues her work for the Red Room but is reluctant to help. Both of them are still under the delusion that what they did was the right move for their daughters, making them stronger. While their daughters may be strong, they are weak people bound by remaining nationalistic and egotistical about the world. This dynamic makes for one hell of a dinner table argument.

Black Widow manages to be far more than a standard save-the-world Marvel movie of a singular personal journey, considering the core of its story is all about family and power. Natasha finds herself alone but realizes she needs a family of her own to take down the Red Room. Redemption becomes the name of the game for all involved as Natasha and Yelena try to reconcile with their past and take a different route. Also, their parents need to make up for...well, everything.

It’s unfortunate that the director and screenwriter put so much effort into giving Black Widow such a stellar thematic grounding that the villain department still comes up cheap. The costumed nemesis of Taskmaster seems like such an afterthought of a character that is given little time or interesting motivation. The mysterious killing machine looks like any number of skull-masked knock-off assassins and that seems to be by design, considering the villain’s ability to match the fighting styles of the opponent. Not exactly a cunning villain, especially since the big twist of the secret identity is nothing all that surprising or special.

Thankfully, the central antagonist of Red Room Head Dreykov (Ray Winstone) is more appealing as a bitter old man who likes to have power over women. He quite bluntly represents a sense of hopelessness for vulnerable women and a bully to easily beat down in more ways than one. Even when Black Widow doesn’t get a chance to land the first blow, her gunshots to his ego are absolutely piercing and honest, turning the sinister scowler into a puny mess of toxic masculinity. He’s presented as an enemy that requires more than just a firm fist to defeat as Natasha and Yelena are fighting far more than just one bad Bond villain with a sky fortress.

Black Widow goes for less of a whiz-bang Marvel picture and more of a steady and strong spy thriller. There are some light moments of brevity where Florence Pugh steals the show, even when it comes to the comic relief which seems to be more of David Harbour's department. The action sequences are still big and loud but I doubt that’ll shock anybody reading this who has seen even a handful of MCU films. The film stands alone in terms of existing almost entirely outside the events of superheroes and manages to pass itself off as a Bourne Identity-style adventure that keeps a firm grip on the family dynamic.