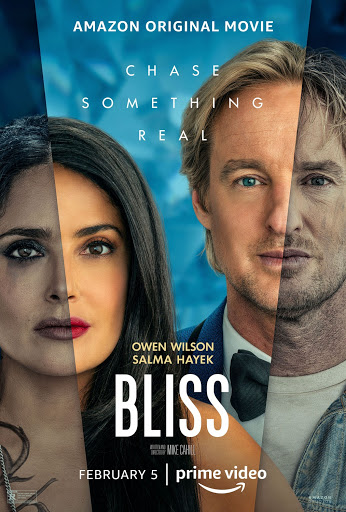 Bliss is less of a cerebral contemplation on the nature of humanity and more of a low-rent Matrix wannabe that never cracks the code, only marveling at the spectacle. 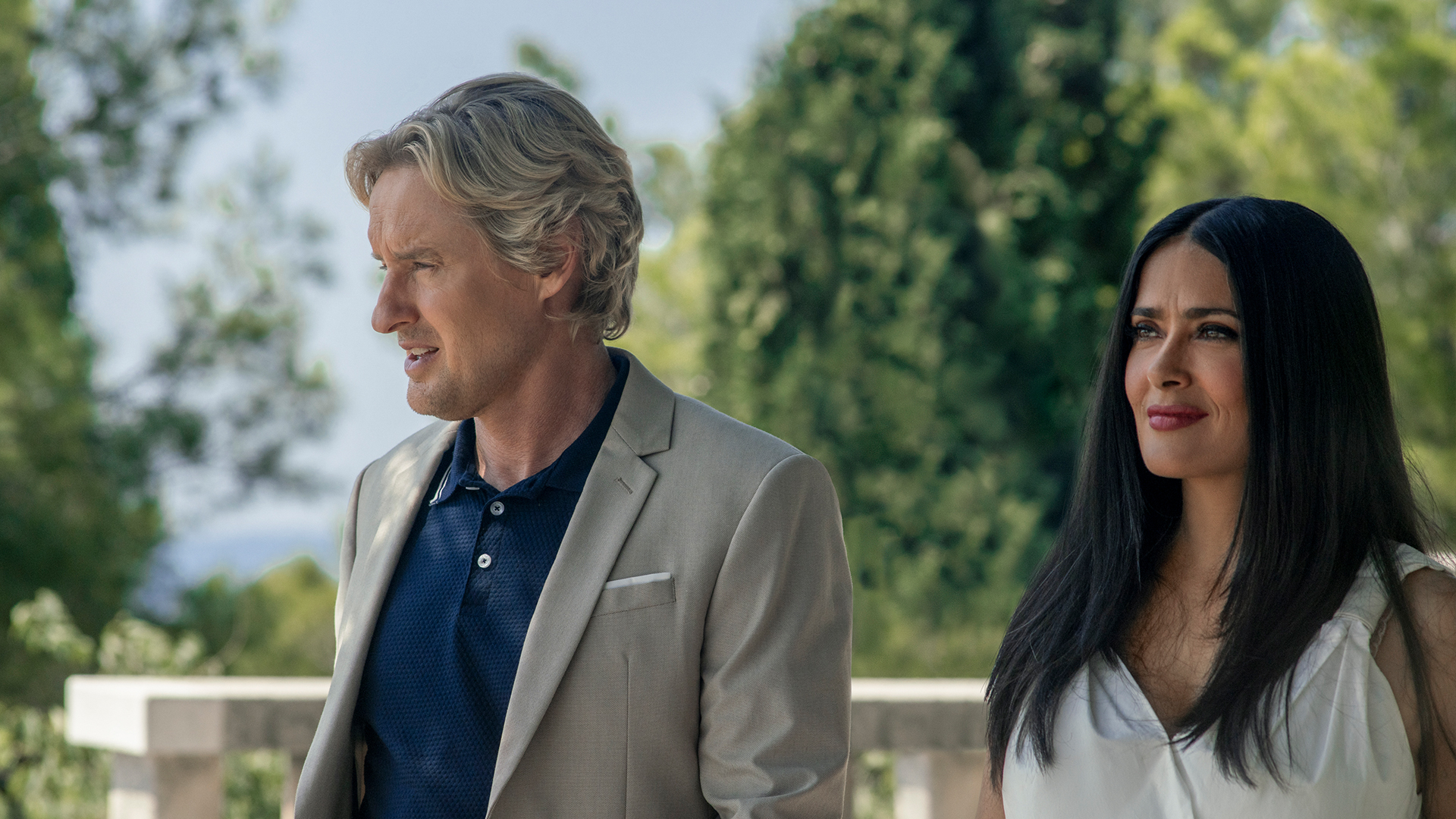 Bliss is the type of mind-bending sci-fi where the overall message seems to get lost in its thematic trippiness. There are some big ideas present about questioning reality as well as a conflict between intellectual pursuit and accountability. But, wow, do you have to peer through a lot of scattershot scenes and ambiguous grounding to find this supposed sweet spot of just what the picture is trying to say.

Owen Wilson plays Greg Wittle, a loser who could really use a change in his life. Having been divorced and struggling to connect with his daughter, his day is off to a horrible start when his boss calls him into his office to be fired. Frustrated, he accidentally brings about the death of his boss. After trying to fix the scene so it looks like he wasn’t responsible, Greg retreats to a bar where he meets Isabel (Salma Heyek). Isabel seems like quite the character considering the wild theory she poses about Greg really being in a simulation. It’s only when she starts proving how much power she has over reality when Greg starts to believe her.

Isabel leads Greg down an odd path of drugs and superpowers, letting Greg know that he’s a special case in a virtual reality experiment. Apparently, however, the only way to escape the simulation is if enough of a certain rare drug is ingested. Once Greg does this, he awakens to a futuristic utopia grand design. Everything Greg could want is present. A beautiful view of a pier, parties with like-minded people of insight, brilliant designs of scientific research, and passionate outdoor sex. It seems perfect. Almost too perfect.

There’s a constant questioning throughout the film just what is Gary’s true reality. There’s a moment in the third act where both the utopia and present seem to merge in some weird paradox where Greg needs to make a difficult choice in deciding what is real. Isabel keeps speaking of Greg being a genius for his research but Greg’s daughter stresses how much she needs a man like him to take accountability. Any hope at trying to ground all of this is lost in the film’s abundance of special effects that range from Greg crushing a car with his mind to worlds colliding.

And all of that would be fine if Bliss just had something to say for Greg’s rabbithole journey of self. Yet it never feels as though anything concrete comes about from such a staging. The film ends with Greg seeking help for his problems but what are we supposed to take away from his vision? The strifing for a utopian society is a pipe dream? That seems like an awfully toxic message for a film that boasts such cameos by Bill Nye and Slavoj Zizek to give Waking Life style monologues. All the while the film merely continues with the mystery of what is true in either reality and how much power Greg has, if any. Is it true that he’s capable of bleeding reality or is it all in his head? And if it’s all in his head, what’s the point of caring about anything that happens to Greg?

Bliss is less of a cerebral contemplation on the nature of humanity and more of a low-rent Matrix wannabe that never cracks the code, only marveling at the spectacle. There’s a decent movie in here somewhere about wanting to be more than your worth and taking that step of admitting your life is in shambles. But such a film only staggers around searching for that meaning in freewheeling ideas that never seem to rise above anything more than surreal visions.