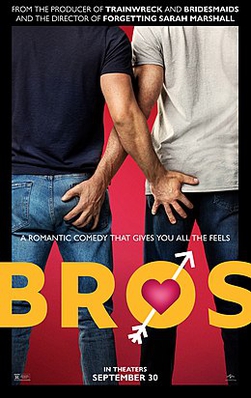 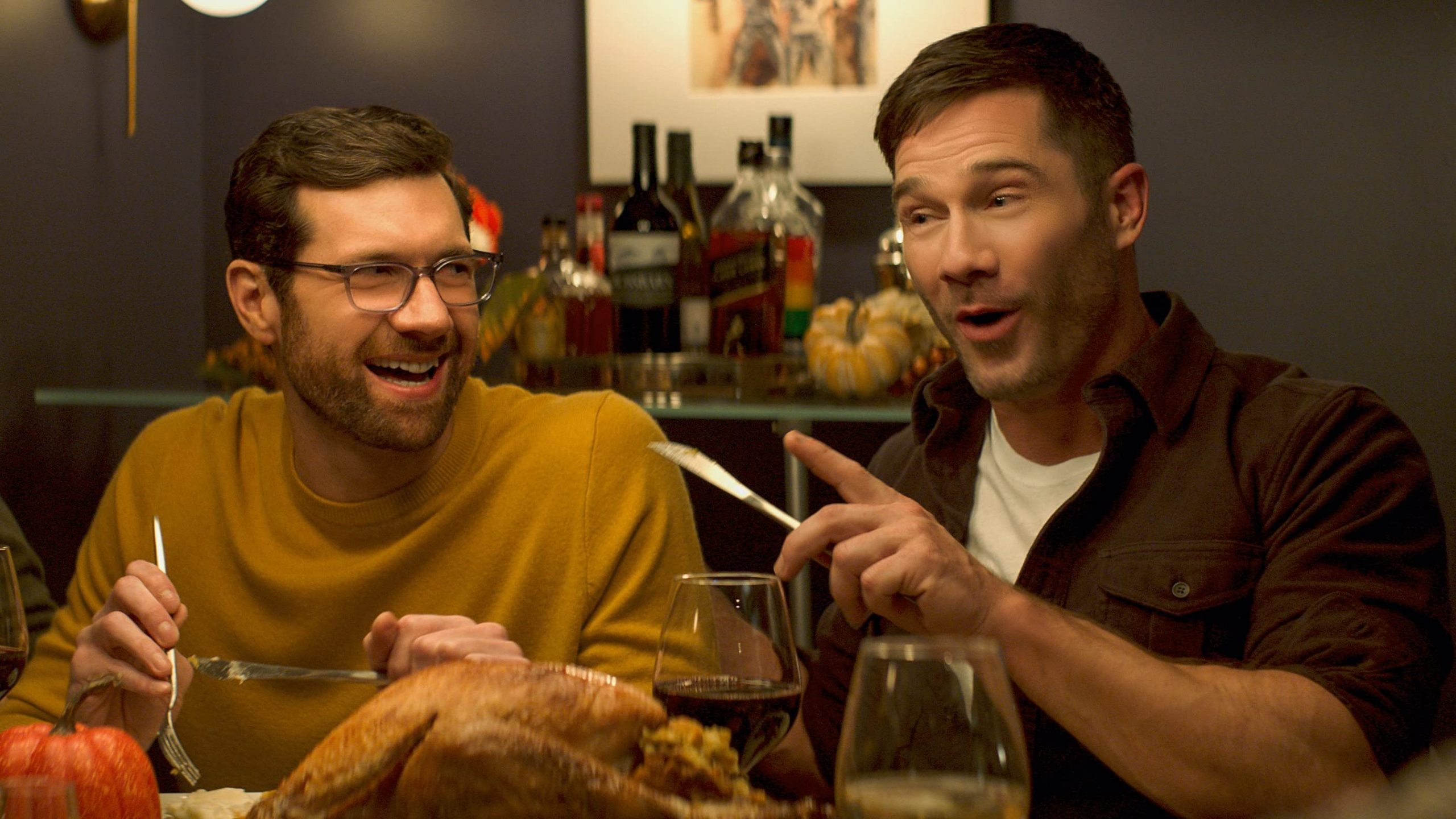 There’s a refreshing sense of fearlessness within Bros, a gay romantic comedy. Perhaps it’s the biting nature of desiring not to be a safe gay rom-com that will appeal more to straight people. Perhaps it’s the wickedly vicious writing that pierces beyond simple gay gags. Perhaps it’s just really funny. Or maybe it’s all that. Yeah, it’s probably all that.

It helps that the film is led by a highly scrutinizing skeptic of a gay man rather than the carefree depictions of gay supporting characters in past media. Billy Eichner plays Bobby Leiber, a gay podcaster and leader of the LGBTQ museum in New York. As a gay man in his 40s, here’s grown highly cynical of a world that is slow to change. Love doesn’t seem like a possibility for a world that only now seems to have accepted the gay lifestyle. The most he believes in a hookup on a dating app that lasts for a few minutes.

This outlook on life changes slightly when a night at the club finds his eyes drawn towards the buff man Aaron (Luke Macfarlane). They seem like they’re destined to be a couple based on their interactions. Bobby isn’t exactly the easiest person to talk with, but Aaron admires his spirit and has a lot of fun testing Bobby’s reactions. He tells Bobby that his favorite film is The Hangover just to see what he’ll say to a favorite film featuring a homophobic slur as an opening line. Their playfulness grows over time and they not only have sexual chemistry but connect on a deeper emotional level.

While this relationship develops, the director Nicholas Stoller and co-writer Eichner find plenty of hilariously pointed humor about gay culture. There are some wicked jabs about Hallmark movies and how they’re stumbling to appeal to a queer audience, leading to such hilarious titles as the bisexual holiday special Christmas With Either. Eichner’s many hate watches of these movies are absolutely hilarious. Bobby’s many rants about tech sites and New York culture are fast and funny. The sexual tension of Aaron favoring more group sex leads to some awkwardly absurd bedroom encounters. Even the more intimate sex scenes are rather comical for how the two explore what turns them on.

Some of the funniest bits come from Bobby’s job at the LGBTQ+ Museum, where he leads a team of representatives that bicker about which exhibit they should host next. One of the funniest members is the bisexual representative played by the eccentric Jim Rash, often clashing with Bobby on the topic of whether or not Abraham Lincoln was a closeted gay man. These discussions are just as hilarious as the displays that come from them, leading to an absurd Night at the Museum-style exhibit complete with celebrity guest stars.

There’s a surprising honesty to a picture like this, despite most of the comedy being pushed by Bobby’s cynicism. There’s a rather touching moment between Bobby and Aaron in P-Town where a relaxing time on the beach leads to a revealing conversation about comfort with the changing times. Even the comedy feels robustly savage, not afraid to take shots at Amy Schumer and Caitlyn Jenner. There are a number of charming guest appearances, including Debra Messing playing herself and being very vocal about how frustrated she is for constantly being perceived as her onscreen character from Will & Grace. There’s also a great scene involving Amanda Bearse which may be my favorite awkward dinner moment in any comedy.