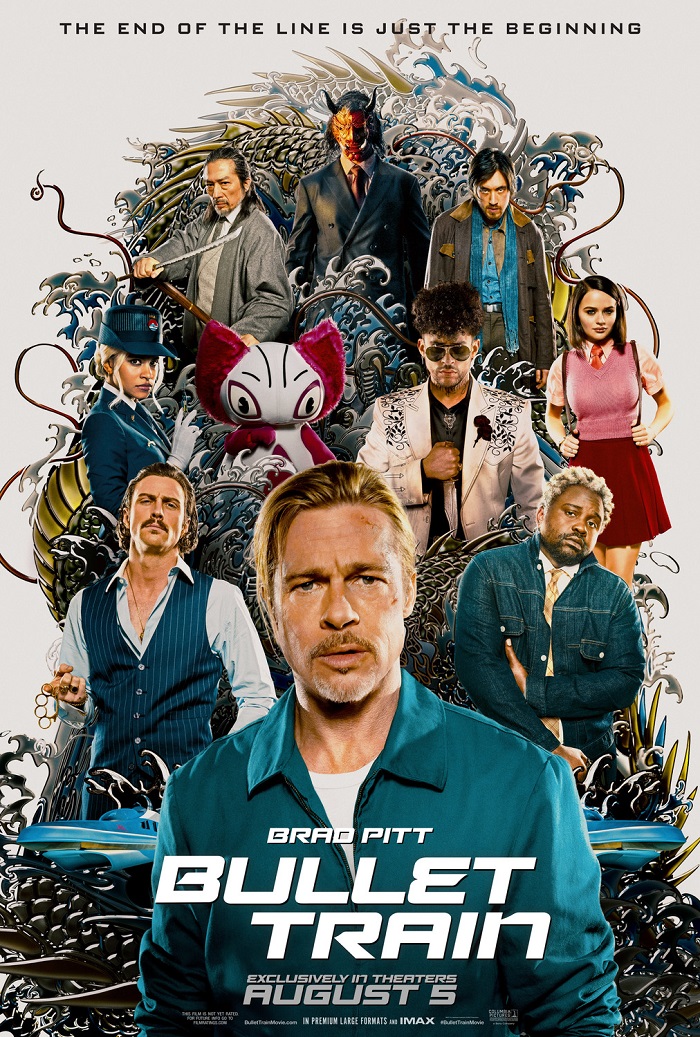 Bullet Train is just a whole lot of fun that it’s okay to watch it spin off the rails (literally). 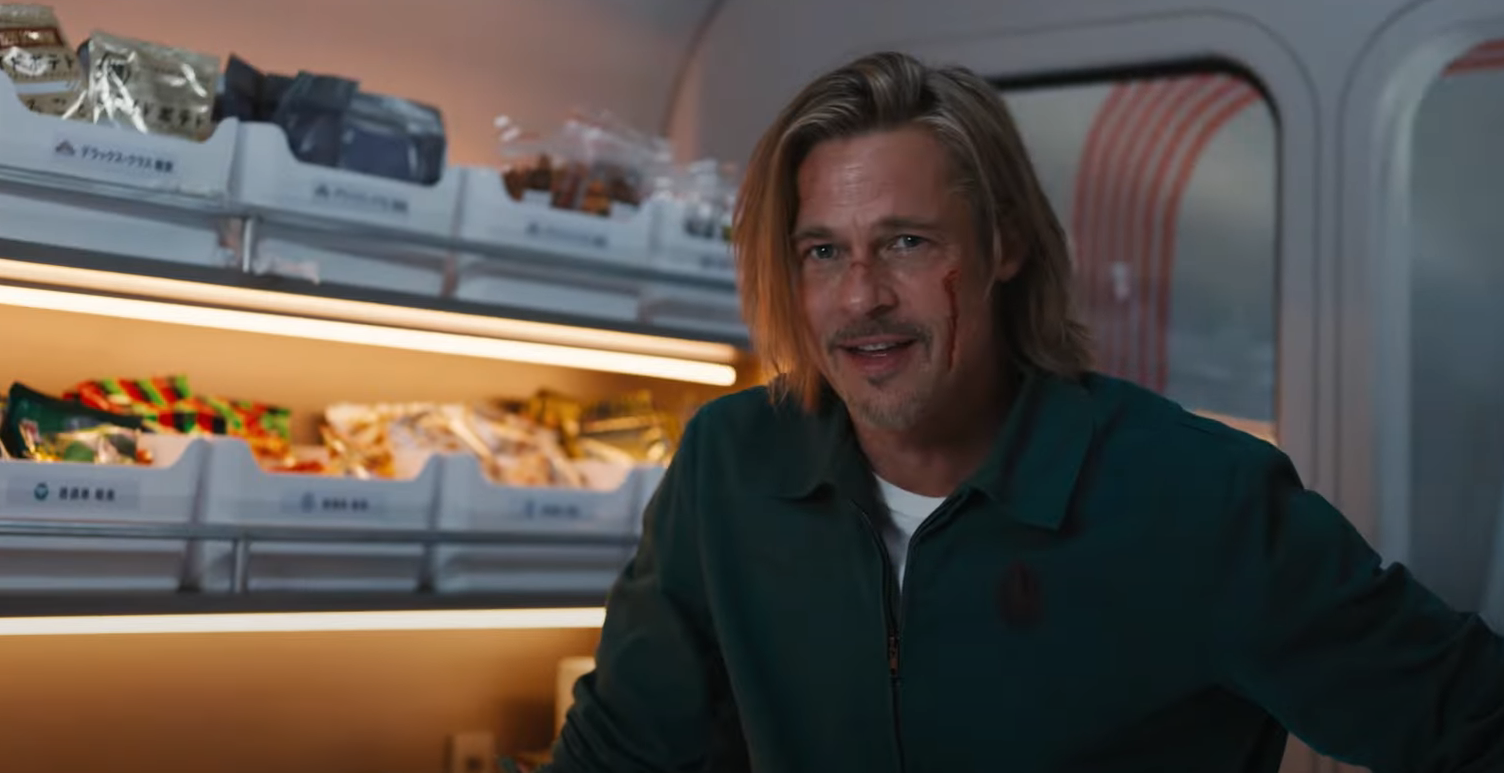 There’s something to be said of how the fast pacing of a film like Bullet Train works, always keeping something moving in its cobbled mass of characters and plotlines. It’s a speedy, violent, complicated, and yet somehow a touching dose of personal reflection amid its ultra-violence mayhem. For a film by director David Leitch (John Wick, Deadpool 2), this film manages to find a bit of that sweet center between dark humor and eccentric action that has a surprising balance.

Holding this picture together with both leadership and humility is Brad Pitt as the assassin Ladybug. He’s portrayed as a guy who has been in the dirty business of crime long enough to seek something more out of life. He takes on a bit of a challenge from his contact (Sandra Bullock) for a simple suitcase-stealing mission aboard a Japanese bullet train. He vows that he can accomplish this mission without a gun. Sadly, Ladybug has been known for having bad luck and some of that follows him onto the train.

It doesn’t help that Ladybug isn’t the only one who wants this suitcase. Two assassins, Lemon (Brian Tyree Henry) & Tangerine (Aaron Taylor-Johnson), both have the suitcase in their possession and they need it for a major mafia deal. The Prince (Joey King) is a woman with power relations who wants the suitcase for revenge. And then there’s a whole bunch of assassination attempts being made on the train by various people. One of the most sympathetic is Yuichi (Andrew Koji), a father seeking revenge for his boy who was nearly murdered by the yakuza. Other assassins are more gimmicky with such titles as The Wolf and The Hornet, complete with their own methods of killing.

The film proceeds at a brisk pace that makes its elaborate staging quite a bit of fun. Typography gets slapped upon each character upon their introduction. Backstories are later revealed in fast-paced and eccentric styles, where car chases lead to big explosions and wedding assassinations are complete with comical amounts of blood being puked up by victims. The fight scenes are vibrantly edited with the perfect amount of dark humor injected into nearly all of them. One of the highlight fights takes place between Ladybug and Lemon as they duke it out in a quiet car. They try to keep their fight as quiet as possible, struggling not to irritate a bitter old lady shushing them.

There’s a whole lot of subversion going on in Bullet Train and it’s surprising just how much of it works. One of the most hilarious sequences features a heavy introduction for one assassin who has his entire life story revealed. The film then proceeds to a fight where he dies in the most inexplicable way. Much of the surprises came from the casting where fairly big names are placed in rather small roles. I did not expect to see one actor, in particular, playing the role of a random passenger on the train who believes every assassin on board is really asking him for sex.

It’s a bit disheartening that the film features so many cultures aboard this train and reduces them to rather simple comedic hallmarks. The train itself comes with an anime-inspired car based on a simplistic character (a Hello Kitty knock-off) and the smart toilet is used for all sorts of plumbing jokes with a stumbling Brad Pitt. Thankfully, the film never falls too far down this hole. There are also some genuinely funny running gags, as with Lemon trying to give everyone his own assessment of which character they would be on Thomas The Tank Engine.

Bullet Train is just a whole lot of fun that it’s okay to watch it spin off the rails (literally). The cast assembled is all having a blast, the fights are fast and exciting, and the character motivations feel genuine enough that you care about who will and won’t make it off the train alive. It’s an absurdly pleasing action picture that may be one of Leitch’s strongest films to date.