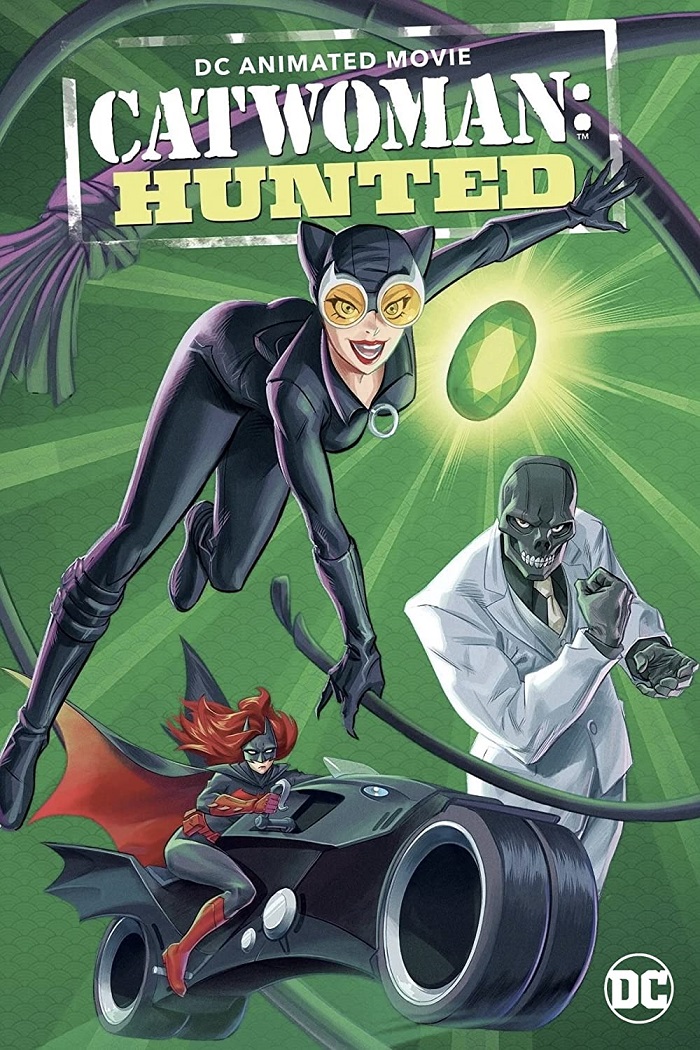 Catwoman: Hunted has some cleverness but never quite gets away with its alternative staging. 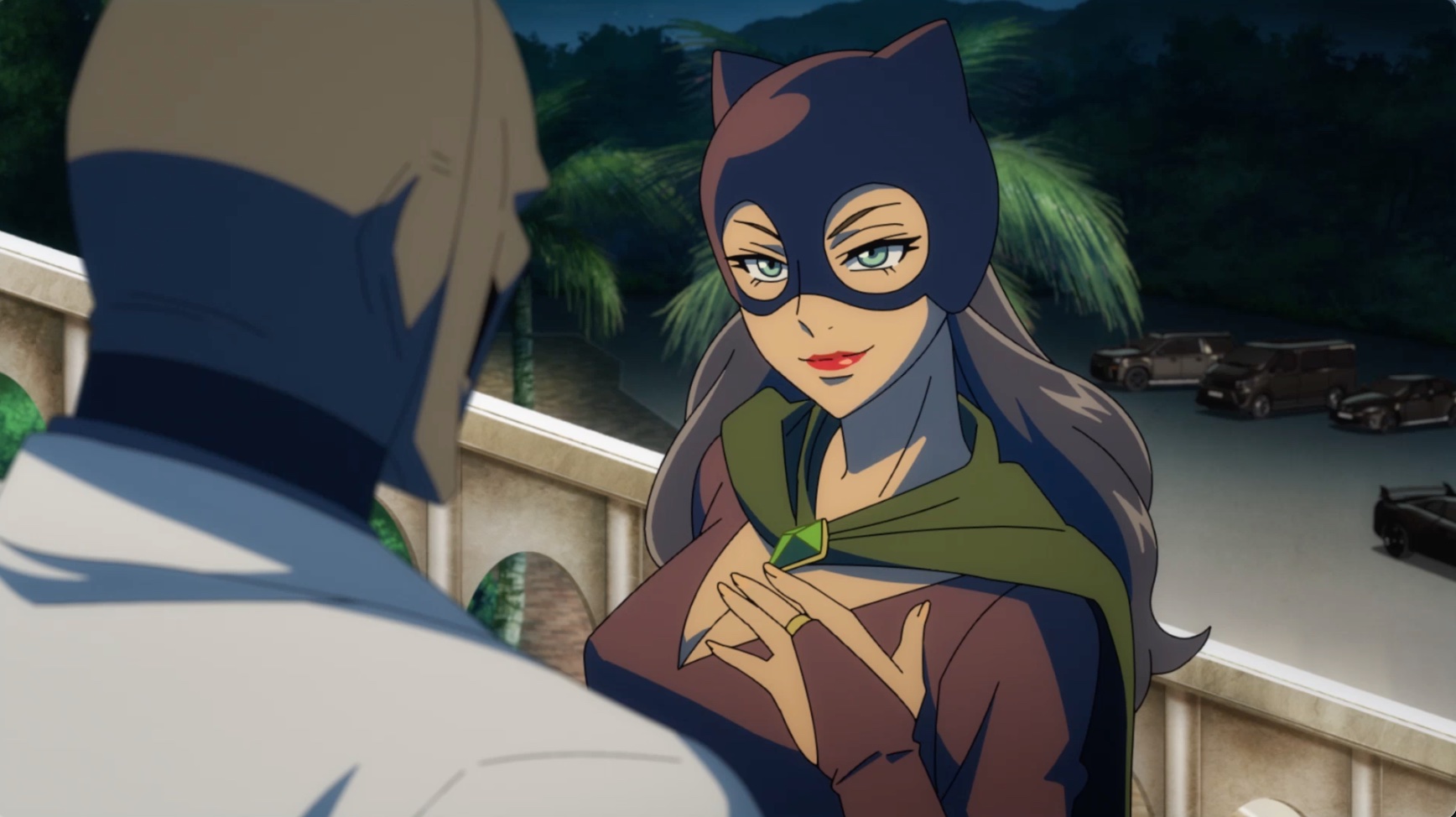 Among the many slew of DC Comics animated movies, there’s some initial charm to this Catwoman movie. It takes great inspiration from anime, especially the wild energy of Lupin The Third. It has a unique soundtrack favoring a smooth jazz score perfectly suited for the heist atmosphere. It even has a seduction angle that doesn’t involve Batman. It’s for all these reasons why it’s so frustrating that Catwoman never really takes off in an interesting direction.

The first act is nearly perfect. Catwoman targets a get-together of villains at a masquerade party of the wealthy dressed up as superheroes. Appearing in a corny version of her own costume, Catwoman is easily able to slip right into the party, briefly turning into the arm candy of mob boss Black Mask. After some diversions with her trusty pet cat, she manages to outsmart the criminal group Leviathan and have a laugh at the ridiculous hero and villain outfits of the party. There’s something so fun about watching her launch a campy version of The Riddler into a crowd of folks aiming to kill her.

One crazed car chase later, Catwoman finds herself captured and working for Interpol alongside Batwoman. There’s some decent sexual tension between the two even if it does come on real strong real quick. Even for Catwoman being more established as bisexual and Batwoman canonically lesbian, their romance feels more obligatory than compelling. Consider how easy it is for Catwoman to not only entice Batwoman with the promise of a bath but get her to remove her cowl. Catwoman must have some mighty powerful pheromone to immediately turn the stern vigilante into a blushing mess who is caught off guard.

The second and third acts unfortunately take a tumble. Rather than keep going with the heist angle, what we get in its place is a series of Catwoman and Batwoman fighting an onslaught of villains. Her mission takes her to Shanghai where she fights Cheshire, Nosferata, Black Mask, Doctor Tzin-Tzin, Mister Yakuza, La Dama, Moxie Mannheim, and Tobias Whale. The fights are decently staged, even though we get a lot of unimpressive punchlines and battle tropes. Catwoman’s duel with Whale feels pretty par for the course, complete with her dirty-tactic punchline of delivering a swift kick between his legs.

It would seem like that would be a decent climax but the third act goes in another direction by bringing the League of Assassins into the mix. This section is pretty much a fight fest, starting off with Catwoman and Batwoman trying one-up each other on how many ninja warriors they can defeat. They then proceed to fight the villains Talia al Ghul, Solomon Grundy, and Cheetah, who up until this point has spent the entire film in her human form. To be fair, Cheetah’s design is one of the better versions of the character ever put to film, even for being exaggerated in anime form. That being said, the battle with Solomon Grundy feels rather uninspired with the undead creature merely reciting his famous week-long tale as he marches forward.

Despite the vibrant and gorgeous style, the anime aesthetic does have some drawbacks here and there. Consider how the characters are voiced, where the voices don’t quite match the mouth movements. Even though the film comes from director Shinsuke Terasawa and was animated by Japanese studio OLM Team Inoue, I can’t seem to find any trace of a Japanese version where the lip movements match what’s on screen. I figured there must be some Japanese version considering the very specific mouth movements not as common to anime and how little the English voice cast matches these mouth shapes. The result is an animated film that looks more awkward than most anime does in the dubbing process.

Catwoman: Hunted has some cleverness but never quite gets away with its alternative staging. In terms of visuals and tone, it certainly stands out from the crowd. Sadly, the writing doesn’t reflect the originality in the design, relying on the old tactics of showdowns and references rather than a genuine chemistry between Catwoman and Batwoman. This cat deserves a better film, where even pilfering some of the sexiness of anime can’t save a ho-hum script.