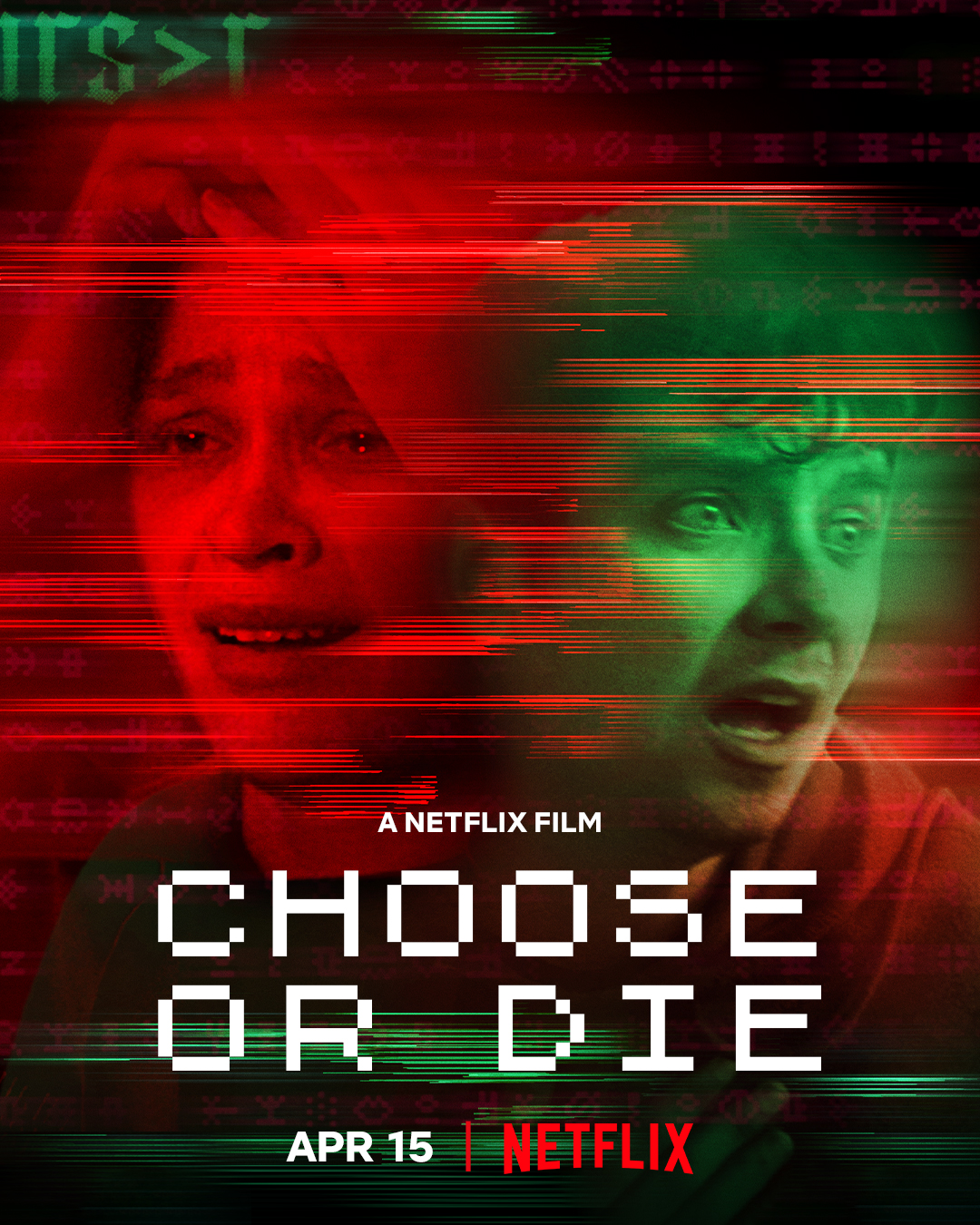 Choose or Die is a solid dose of techno horror weaved quite well. 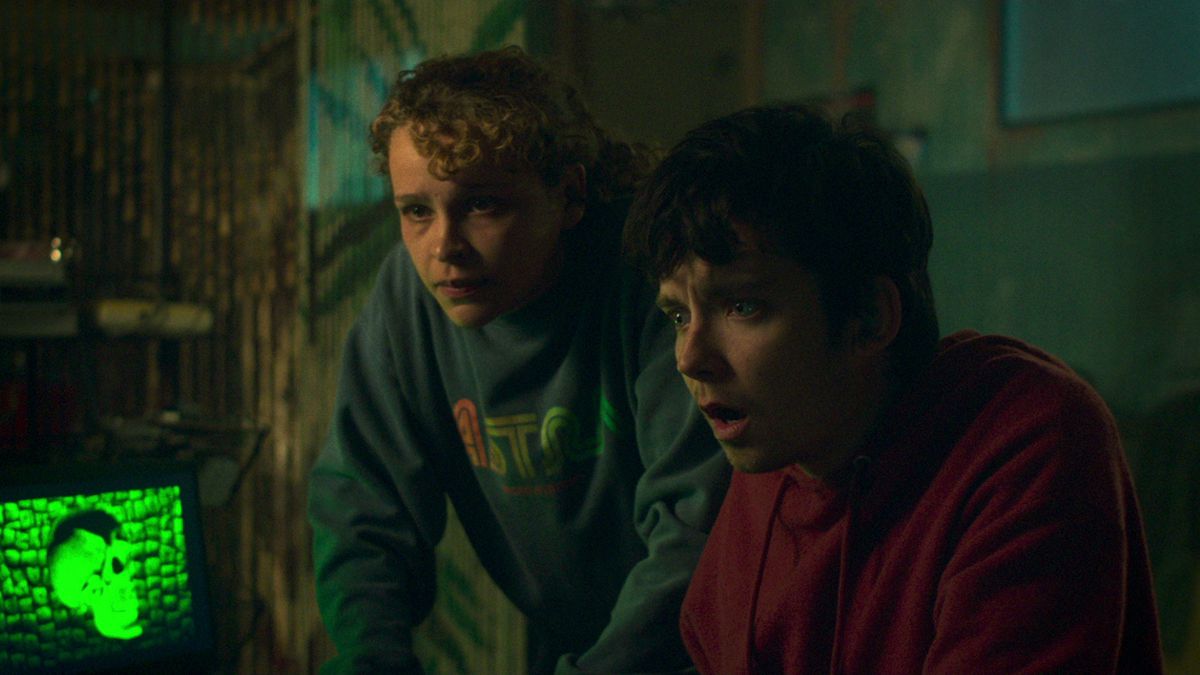 There’s something about Choose or Die that hit me just right. True, this is yet another 1980s-themed horror film that does draw from quite a bit of nostalgia. The guest voice-over role is Robert England playing himself and he’s recognized in a geeky fashion by the young adults who have a retro-chic love of the old. Yet there’s some cleverness and appeal in the supernatural violence of old video games that turn real and violent. It also manages to satirize the 1980s as much as it plays off of the aesthetic.

The film takes place in the present where an old video game still haunts those who dare boot it up. The game is called CURS>R and it's a monochrome adventure game of making a deadly choice. The game presents you with two options and you have to choose within a certain timeframe or you end up dead. The movie begins with a husband and father starting the game and being given an option of how his family is harmed. He ends up choosing the word “tongue” and his wife ends up cutting out her son’s tongue. This isn’t a slow game, however, as your choice happens immediately.

The latest players of the game are the young computer geeks Isaac (Asa Butterfield) and Kayla (Iola Evans). They’re intrigued by old tech and take an interest in CURS>R. Kayla is going through a tough time. Her mom is having medical issues, she can’t afford the rent, and her landlord is harassing her. Her life only gets worse when she starts playing CURS>R and the game starts targeting her friends and family in deadly games.

I love the style that director Toby Meakins gives this picture. The game takes control of reality with frightening depictions of glitched people with ear-screeching retro audio distortion. The moment where Kayla figures out these rules in a diner sequence is so perfectly creepy. Her choice ends up making the waitress drop glasses on the floor and then swallow the glass shards. It’s a horrifying sight but what’s even more horrifying is how Kayla attempts to stop her and is held back by a screeching manager. It’s one of the more shocking scenes but also does a great job highlighting the class struggle that paints Kayla’s bitterness of the world.

Iola Evans gives a perfect fierce performance. She feels helpless but doesn’t act helpless. When intimidated by a landlord, she pushes back even when pushed against the wall financially. Butterfield, a young actor many will probably flock to for his name alone, also has his moments as a believable chic with a love of the old. He also has a satisfyingly creepy sequence where he vomits up magnetic tape like a broken VCR. I also really dug Eddie Marsan as the secret villain who embodies the nostalgic bile of wanting to go back in time. I must say this film uses all these characters well in a horror that’s all about the dangers of nostalgia and how some old things should remain buried.

Choose or Die is a solid dose of techno horror weaved quite well. The mystery of deciphering the deadly game proceeds decently with relation to ancient symbols and dark magic. The performances are all solid and the thematic elements are powerful in their impact. The showdown is also worth noting for the wild logic of doling out torture and punishment. There’s more that could be done with such a story but for the small goals it sets, this is a pleasing piece of merging the allure of video games and the brutality of horror with a social theme.