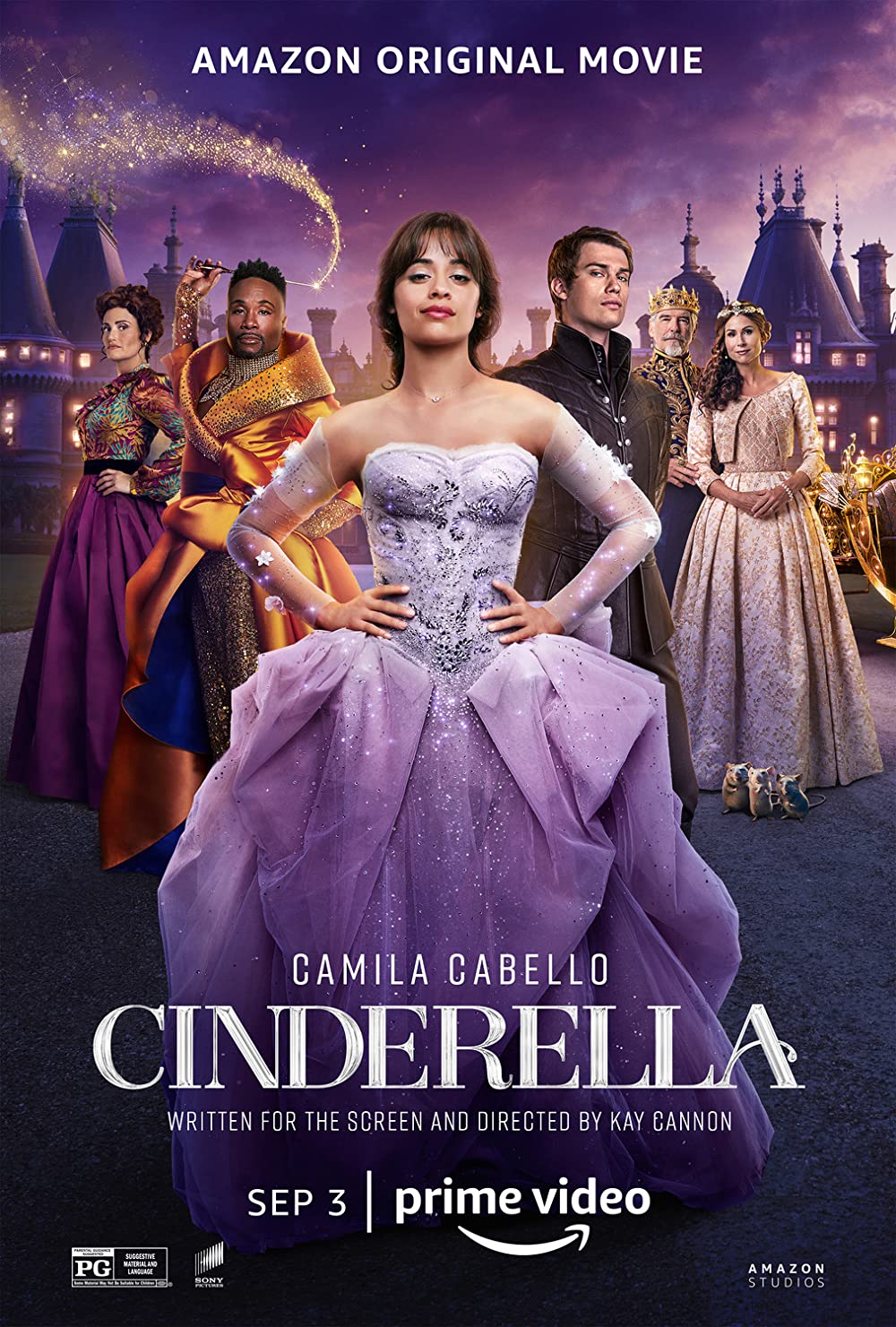 Cinderella’s jukebox makeover is more mundane and routine than it should be.

There’s one scene in this musical revision of Cinderella that is sure to become nightmare fuel but also sums up the picture. James Corden plays one of the three mice transformed into coachmen for taking Cinderella to the big ball event. As they flee at midnight, all the coachmen transform into mice again. Corden, however, becomes briefly stuck mid-transformation and has the head of a human but the body of a small mouse. Corden and everyone around him scream as he is suspended in mid-air. He shouts “Don’t look at me!” And that’s a fitting picture to describe this misfiring fairy tale musical.

The film almost feels like an attempt to give Cinderella the Disney Renaissance treatment by boosting the energy with musical numbers. But not original music or even sweeping scores. This is more akin to Aladdin than it is to Beauty and the Beast, attempting to smear the tale with a modern glaze of hipness. This is present from scene one where we’re introduced to a bustling town with a zippy number that feels more akin to Hamilton, another influence thrown into this sloppy stew.

Billy Porter attempts to bring some fabulous exuberance to this story as both the narrator and the sparkling Fairy Godmother. There’s only so much one man can do, however, and lifting this Cinderella version out of being a tired appeal to generation Z is a task nobody is capable of performing. There’s energy, sure, but also a routine for going straight into jukebox territory rather than becoming a more original musical.

Speaking of unoriginality, the story remains very much the same as previous versions. Camila Cabello plays the plucky Cinderella who dreams of balls and dancing. She hangs out with mice, loves animals, and is almost obnoxiously wholesome in how she is sweet even to her mean stepmother and step-sisters. She meets the prince played by Nicholas Galitzine and they fall in love. Everything else proceeds accordingly with little change. Magical dresses are conjured, glass slippers are lost, and the protagonist lives happily ever after.

The musical numbers have this empty feeling but that may be most jukebox musicals in general. There’s this jarring effect when the characters don’t have much to them. This is common for Cinderella given that we really don’t get to know much about the prince or appreciate any chemistry he has with Cinderella over a short time. The 2015 version of the film attempted to actually breathe more time into the relationship but this aspect is lost once more. The characters are also overly exaggerated to the point where they’re more cartoonish than the Disney animated film. Pierce Brosnan as the king is particularly playing up the role to an absurd degree. Even Billy Porter, who has charisma oozing out of him, is reduced to spouting such phrases as “Yas, queen!” with a dead allure.

Cinderella’s jukebox makeover is more mundane and routine than it should be. The musical numbers, though elaborate, do little to impress the eyes or ears. The characters are so unremarkable in their comedic stammering that they leave little impact. And the special effects, though complex, are bizarre in many instances. To the film’s credit, it’s going to be hard to wipe the scene of a disembodied James Corden screaming for people not to look at him. That’s the only memorable aspect and only because of the unintentional nightmares it’s sure to generate.