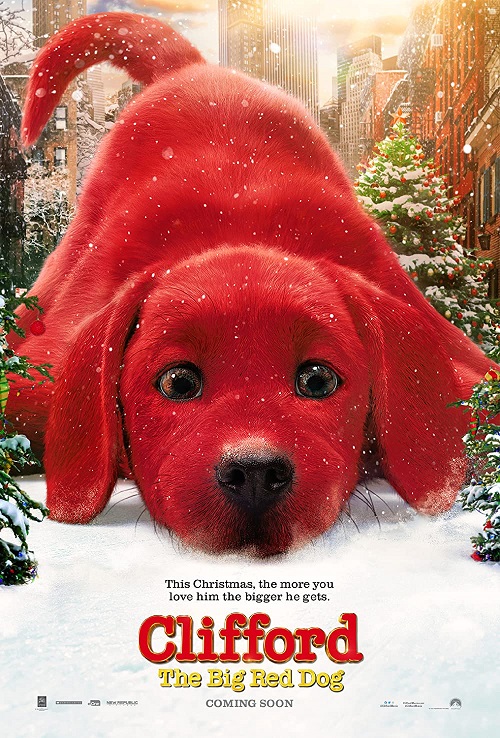 Clifford may be okay for kids with its standard family-centered humor and heart. 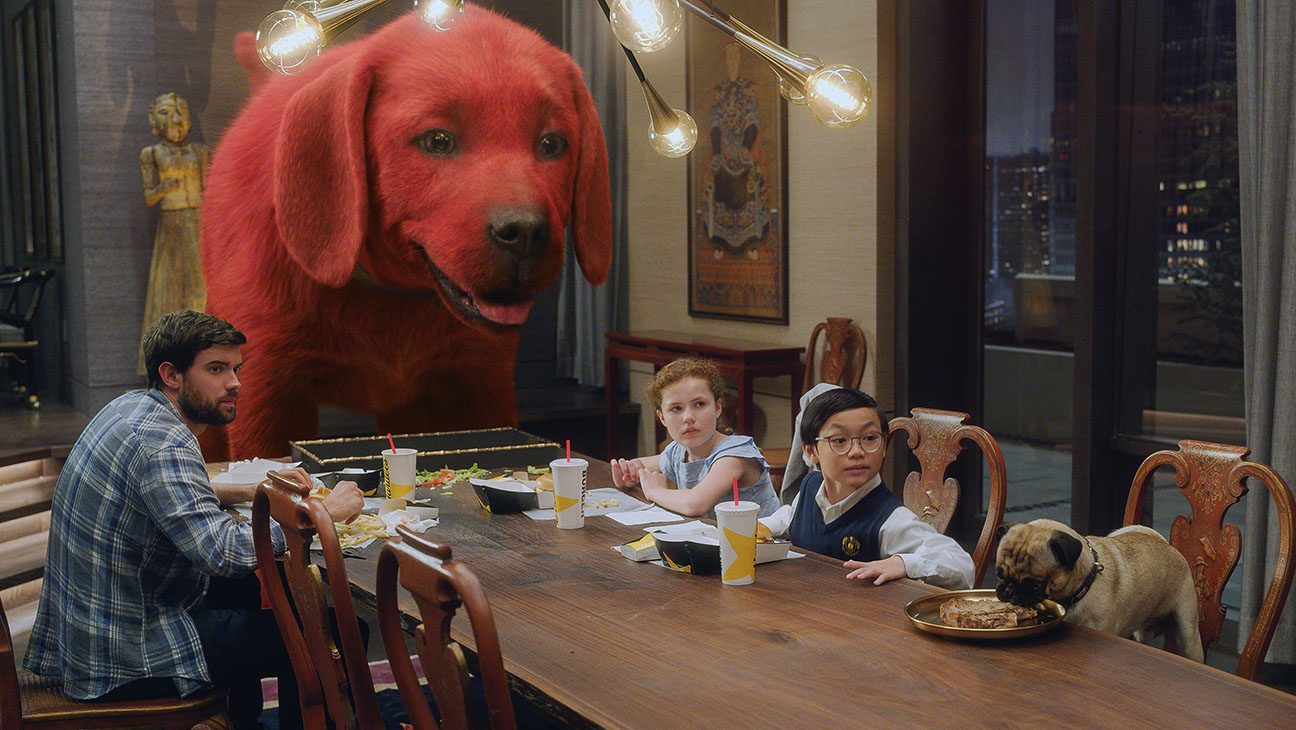 Clifford, the big red dog, always felt like the face of literacy as a kid. With his simple and silly books being a staple of early reading, he was the mascot of every book fair. The books are short and sweet, acting as a solid choice for readers just starting to form sentences. So how about this live-action movie adaptation? Does it serve just as well as the first movie for kids just starting to get into cinema? Maybe it will. But through the eyes of an adult, Clifford appears about as routine as any family-oriented farce.

Clifford appears in this movie as a completely CGI creation that is sometimes believable. He starts off as the odd-looking red puppy who roams the streets of New York City alone. He soon comes into the hands of the kindly animal rescuer Mr. Birdwell (John Cleese), able to see the good in any strange animal. Such a strange dog as Clifford could make a great pet for the right home that needs him.

One home that needs him is the apartment of Emily (Darby Camp), a tween who finds herself as an outsider. She finds herself in a home with a mother who is not as present and an accidental uncle Casey (Jack Whitehall) who can barely cook. She could use the emotional support of a puppy. While she does bring Clifford home, something magical happens overnight. Emily’s wish for Clifford comes true and the tiny puppy becomes the biggest dog in New York City. A flustered Casey and an understanding Emily try to figure out what to do with him.

While they engage in such silly sights of taking Clifford to the park and getting him a check-up at the vet, a villain soon arises with his eyes on Clifford. The antagonist is Zac Tieran (Tony Hale), a greedy and evil owner of a genetics company. He’s seeking the next literal big thing with making bigger eggs and bigger mice. So when he spots a giant dog strolling around New York City, he naturally wants that dog for genetic experiments. So, you know, standard animal movie hijinks.

Clifford’s appeal feels out of place in this movie. The real treat of the books was the absurdity of Clifford existing and all the fun things he could do. I remember one book was all about how Clifford saved a parade from being halted by a downed bridge by becoming the bridge himself. There are bits and pieces of that kinda story strewn through this narrative. Clifford will play with a giant plastic sphere in the park, break a scale in the doctor’s office, and save people from a disaster. Nice little nuggets of Clifford joy like that are kinda what I wanted out of the film. Once the story goes right back to the villain of genetics, the film loses its creative charm.

Perhaps the problem is that the picture draws too much on focusing on Clifford more as a biological marvel than the fantastical creature he should be. When you have a geneticist aiming to capture Clifford for study, it makes one want to question just as much, mostly to distract from the by-the-numbers plotting. How much would Clifford have to eat? How big would his waste be and how would you dispose of it? How would vets perform surgery on him and with what tools? I don’t want to ask these questions about Clifford but this film seems to dance around these ridiculous ideas that breed more frustration for addressing them more than anything.

Clifford may be okay for kids with its standard family-centered humor and heart. The characters never quite aggravate but they all settle firmly in their lane of predictable antics. The giant red dog has his fun moments here and there but you really have to suspend that disbelief with some borderline uncanny valley moments. It’s a bit sad, however, that one of the most iconic literacy characters for kids is given the most standard of big-screen treatments.