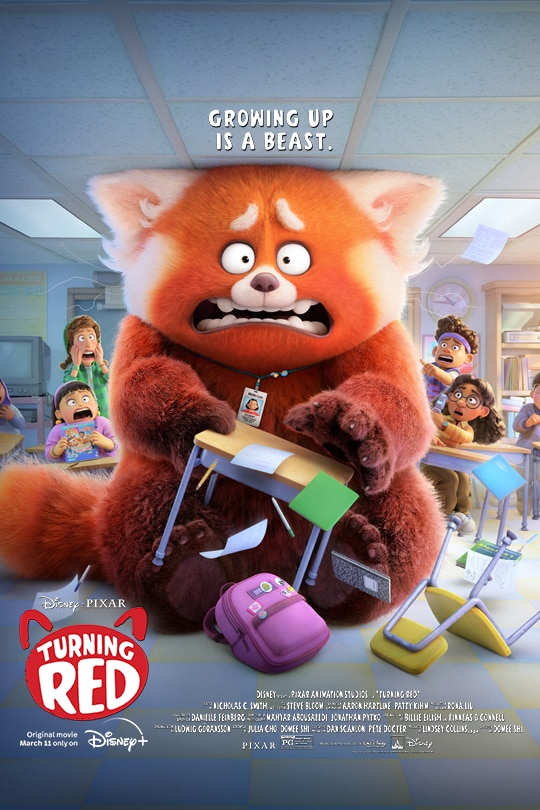 Considering the previous Pixar movies, Turning Red is a home run of an animated movie for the family. 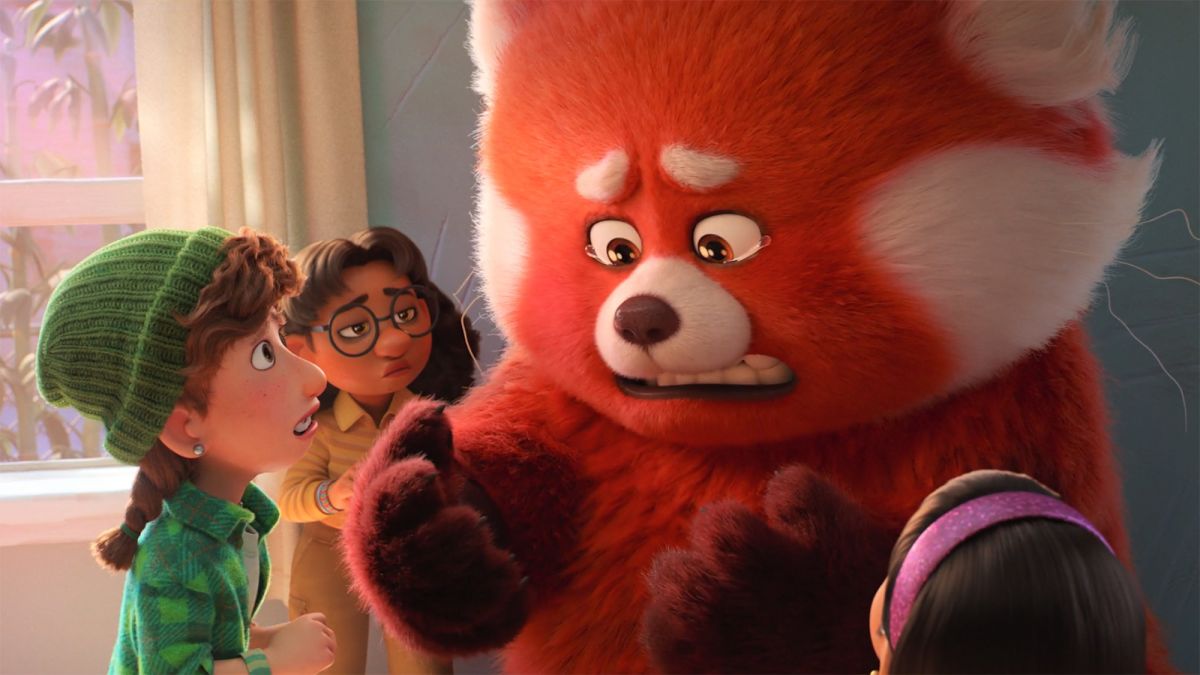 Pixar certainly sets itself apart from other animation studios with Turning Red. They tread into a territory that previously felt taboo for childhood, addressing the aspects of womanhood. On the surface, it appears like an allegory for the menstrual cycle. And it very much is, considering periods are addressed directly, but it ends up being so much more while still being a lot of fun.

The story concerns Mei, a 13-year-old girl growing up in 2002 Toronto, Canada. She’s an eccentric girl with big ambitions to please her parents by being a stellar student. That being said, she’s also dedicated to her uniquely adorable friends Miriam, Priya, and Abby. All of them are big into the boyband 4*Town and can’t stop gushing over their big tour coming to their town. This causes a bit of conflict with Mei’s strict mother Ming (Sandra Oh) who despises her.

But Mei is at an age where she starts noticing new things. She finds herself infatuated with a boy and starts doodling daydreams of him. Her crush soon turns into an awkward moment when Ming discovers this romantic infatuation within her daughter and embarrasses her in a big way. As if all that weren’t enough, she now has to deal with transforming into a giant red panda.

How will she hide this part of herself? Well, she can transform back into a human if she can remain calm. Her friends manage to be the anchor that keeps her furry side hidden. However, Mei can’t keep this secret long. After some hiding, she eventually has to deal with the fallout of her classmates being frightened and her mother confessing a secret about this curse that runs in the family.

This is a film that feels like a deeply personal and introspective story, considering it matches the childhood of director and co-writer Domee Shi. It’s more than just a period allegory but an observable aspect of the generational divide. With the film being set in 2002, there’s an easier relation for the adults in the audience to see something of themselves in the current struggles of youth trying not to be embarrassed or stressed. There’s something rather poignant about such a retro story with common anxiety that can perhaps bridge the gap between the millennials of yesterday and the gen-z kids of today.

Of course, the picture is still a lot of fun. The very design of Mei’s world takes huge inspiration from anime with the big eyes and rounded features, injecting some Asian influence into the Canadian setting. Mei’s struggles to maintain her secrecy are ripe for slapstick that is brilliantly taken advantage of when she tries to hide her giant nature within the bathroom. There are even some hilarious moments of cringe when Mei tries to hide in the shower while her mother believes her period has happened and starts unloading all of her supplies for this situation she has clearly prepared for. There’s also a lot of ridiculousness with the foursome of girls and their obsession with a boyband, something that is so very 2002.

There’s a magical explanation for Mei’s transformation but it’s a reveal that very much keeps the allegory intact. Mei learns that her condition is not as uncommon as she thinks as other women in her family have gone through a similar situation and learned to lock away their furry forms. But it’s also rather progressive how the ultimate resolution of the picture involves Mei making a bigger choice to live with her condition rather than hide it, making this a much grander coming-of-age story than it initially began as.

Considering the previous Pixar movies, Turning Red is a home run of an animated movie for the family. It treads in new territory, presents new worlds, exudes a fresh style, and is just a real charmer of a picture. It’s a refreshing reminder that the studio is far more capable of simple stories fit for the family with dazzling animation. This is sure to be placed somewhere at the top of the Pixar pantheon for being another bold step forward in animated comedies that are far less innocuous.