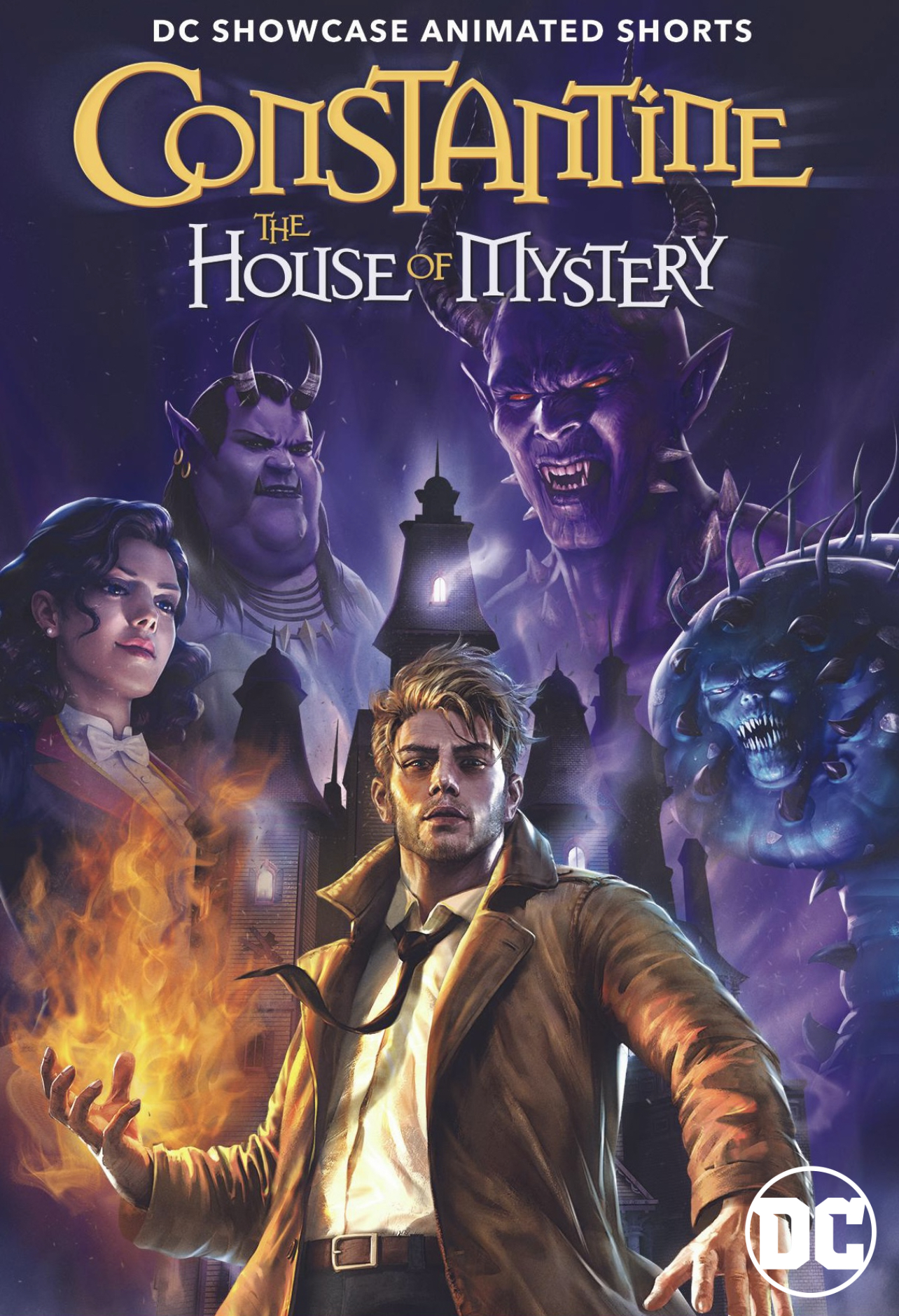 Constantine: The House of Mystery is a brief yet engaging addendum to the DC Comics Animated Movie Universe.

Constantine: The House of Mystery (2022) Review By Mark McPherson 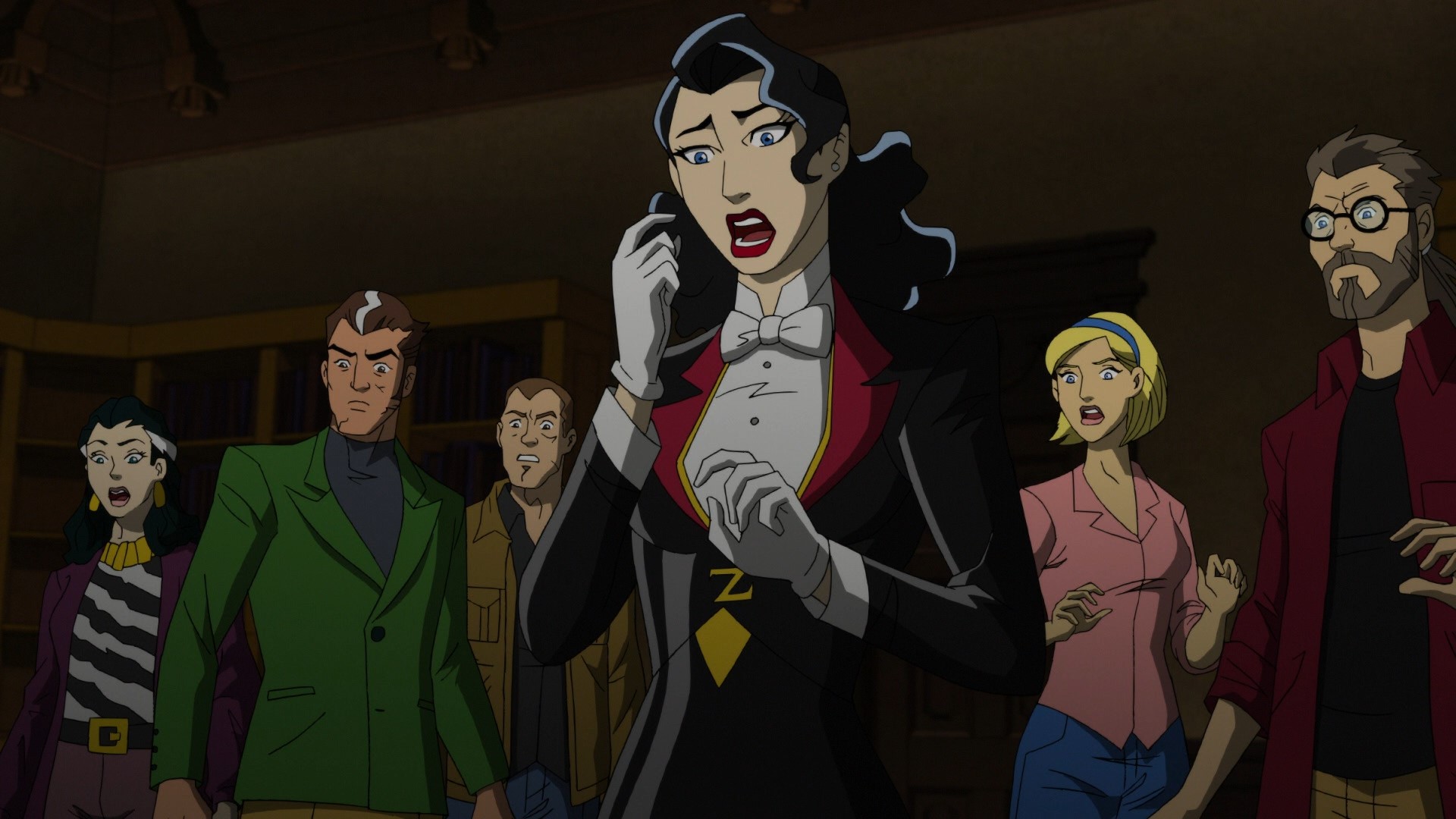 The House of Mystery exists more or less as an epilogue to the DC Comics Animated Movie Universe. The saga pretty much ended with the movie Justice League Dark: Apokolips War, where Earth was decimated by the forces of Darkseid. After enduring heavy losses and an unlivable planet, the League made the controversial call for The Flash to speed so far back in time that he undoes the events of the past few films. It brought this ongoing story of DC Comics characters to an end and ushered in a new round of continuity with the films Man of Tomorrow and Justice Society World War II.

This short film centers around what happened to Constantine when Flash traveled back in time to change the timeline. For this suggestion, Constantine paid a heavy price. He awakens in the House of Mystery, unsure of how he got there and his current life. What he comes to discover is that it’s a home for his wife Zatanna and their two kids, with all of Constantine’s friends attending a party. Life seems pretty sweet for the man who smoked cigarettes and dealt with all manner of evil forces from the great beyond.

But this happiness is temporary. It isn’t long before the room erupts with blood and demons, where those who once loved him now tear him to shreds. Constantine dies but then reawakens in the house again. This time the world is different, having gone down a different path with his life. But the evil comes forth once more, ending with Constantine being savaged and gored. The cycle continues over and over again, as a confused man questions what he did to deserve this eternal torment.

If this live-die-repeat cycle seems tedious, don’t worry, it doesn’t last long. This is a short animated film after all. That being said, it is pretty fascinating to watch how Constantine endures this torment and starts documenting his many deaths in a montage that is loaded with lamentations, catharsis, and even some dark humor. After a long montage of one man’s soul being torn into infinity, he finally meets Spectre, the supreme being of the cosmos who placed Constantine in this hell. The intriguing part is that Spectre wasn’t the one who decided this punishment for Constantine for messing with timelines. It was Constantine himself. From there, the film finds Constantine clawing his way out of this nightmarish purgatory thanks to his smarts and his dirty dealings with demons.

Constantine: The House of Mystery is a brief yet engaging addendum to the DC Comics Animated Movie Universe. It doesn’t exactly open the door for the next series of movies but it does play well as a nice little one-shot issue you’d read after an event comic has come to a close. The animation has a more distinct style and it looks as vibrantly colorful as any of the previous DC animated films, as well as being highly adult with its sex and graphic violence. Think of it as one final dose of that darkness centering around grim timelines before getting a fresh start on the lighter tones taken for Man of Tomorrow and Justice Society World War II. This is especially true when considering the hopeful ending, which one would certainly pine for after the grizzly events of Justice League Dark: Apokolips War.