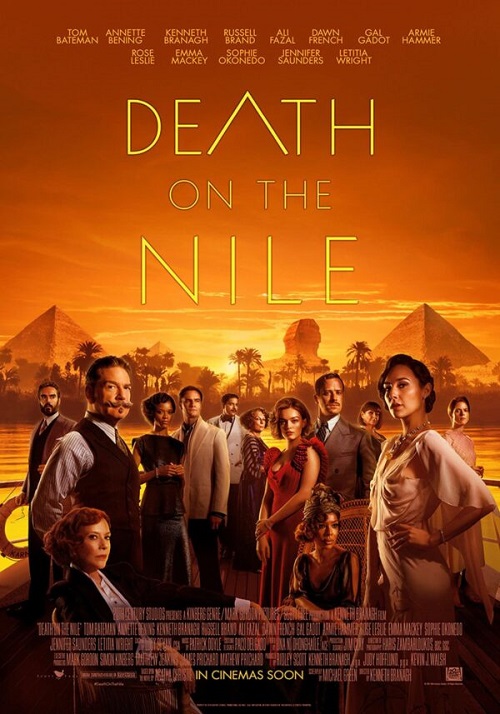 Death on the Nile is not the best Poirot movie but narrowly avoids being the worst.

Death on the Nile (2022) Review By Mark McPherson 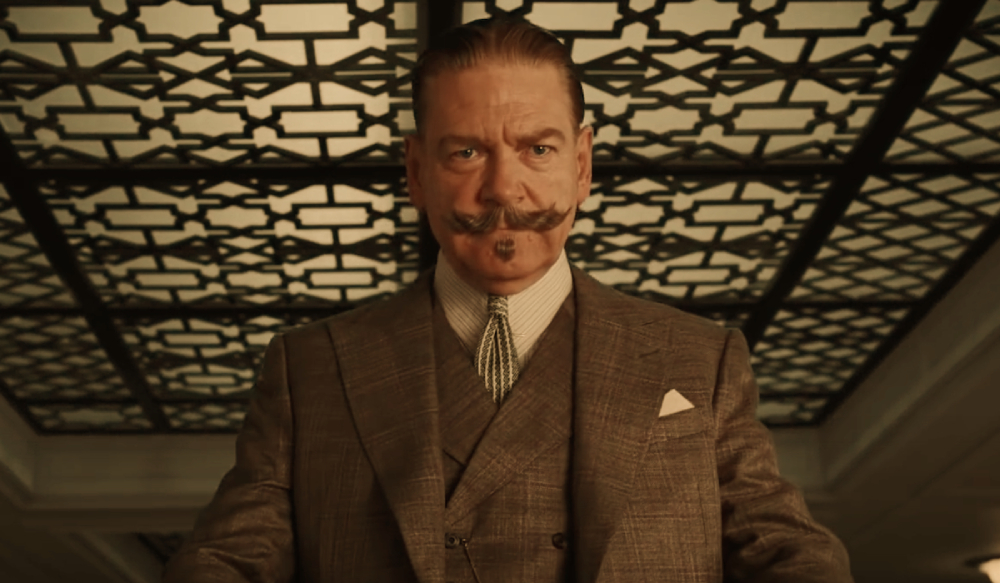 Perhaps it’s because director/actor Kenneth Branagh set the bar so low for Poirot with his take on Murder on the Orient Express that I find Death on the Nile more pleasing. It’s a take on the character that feels less absurd with the mustache, less timid in its personalities of the ensemble, and just better shot for its change in location. It still has some problems and even some inconsistencies but remains a decent adaptation of Agatha Christie’s classic character and novel.

Consider how Poirot is framed in this picture for having a more defined past but also a more natural performance. It always felt as though Branagh was trying too hard to muster an accent and quirks for the character. While he does lose that accent, seeming to only return when pronouncing something French with his Belgian origins, there’s an easement to the character this time around. Perhaps Branagh learned his French-Belgian accent doesn’t work and decided to go his own route with the character. On this level, the film kinda works for feeling less distracting.

On this adventure, Poirot is venturing on a wedding vacation aboard the S.S. Karnak in Egypt. The celebration is for the marriage of Simon Doyle (Armie Hammer) and Linnet Ridgeway (Gal Gadot), two newlyweds looking forward to their honeymoon with family and friends. However, they didn’t intend for Simon’s ex-lover Jacqueline de Bellefort (Emma Mackey) to follow them all the way to the Nile. And when Linnet is murdered, everybody aboard the Karnak is a suspect. This includes Poirot’s eccentric friend Bouc (Tom Bateman), Bouc’s mother the painter Euphemia (Annette Bening), the former lover/doctor Linus Windlesham (Russell Brand), Linnet’s lawyer cousin Andrew Katchadourian (Ali Fazal), Linnet's socialite godmother Marie Van Schuyler (Jennifer Saunders), her nurse Mrs. Bowers (Dawn French), Linnet's maid Louise (Rose Leslie), the jazz singer Salome Otterbourne (Sophie Okonedo), and her daughter Rosalie (Letitia Wright).

Unlike the last movie, there’s enough time spent getting to know the characters where we’re not learning alongside Poirot the whole time. With such a grand ensemble, there are some highlights and some lesser performances. The winner here is without question Sophie Okonedo, giving her role a pleasing mixture of sass, passion, and grit, making her the perfect match for Poirot as a possible love interest. Tom Bateman also brings a heaping dose of enthusiasm to the role of Bouc, making him a real treat and believable as one of Poirot’s best friends. Gal Gadot and Armie Hammer, however, really serve as sore thumbs for this premise, their acting rarely impressing.

The cinematography is beautiful but could easily be seen as inconsistent. There are a lot of clever shots where the camera descends underwater and showcases a lot of the majesty of Egypt. There’s also far better framing than the last film, featuring not only striking shots but great blocking as well, where characters become boxed in behind glass windows and separated by pains. The tension also feels present with a strong musical score by Patrick Doyle. Even Poirot’s mustache looks less silly this time around.

Death on the Nile is not the best Poirot movie but narrowly avoids being the worst. The dramatic staging and solid casting help aid Branagh in making this more of his own film rather than trying hard to topple previous interpretations. Because let’s face it, nobody will ever topple the immortal performance David Suchet and Branagh thankfully goes a different direction. It makes this murder mystery that can hold its own even with its many flaws present.