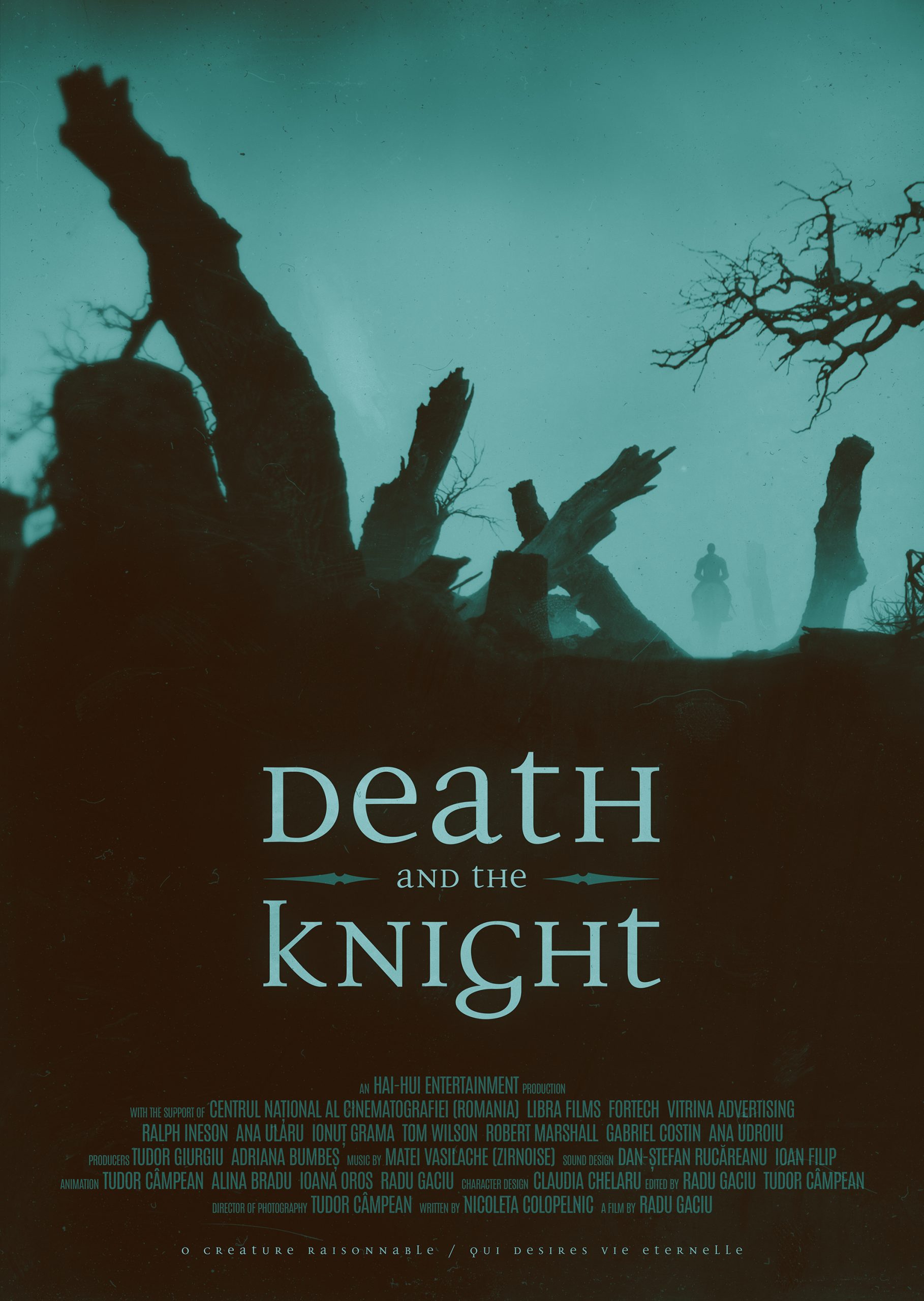 Death & The Knight is a mighty dose of cerebral and surreal adventure with bold animation to match the intensity.

Death and the Knight (2020) Review By Mark McPherson 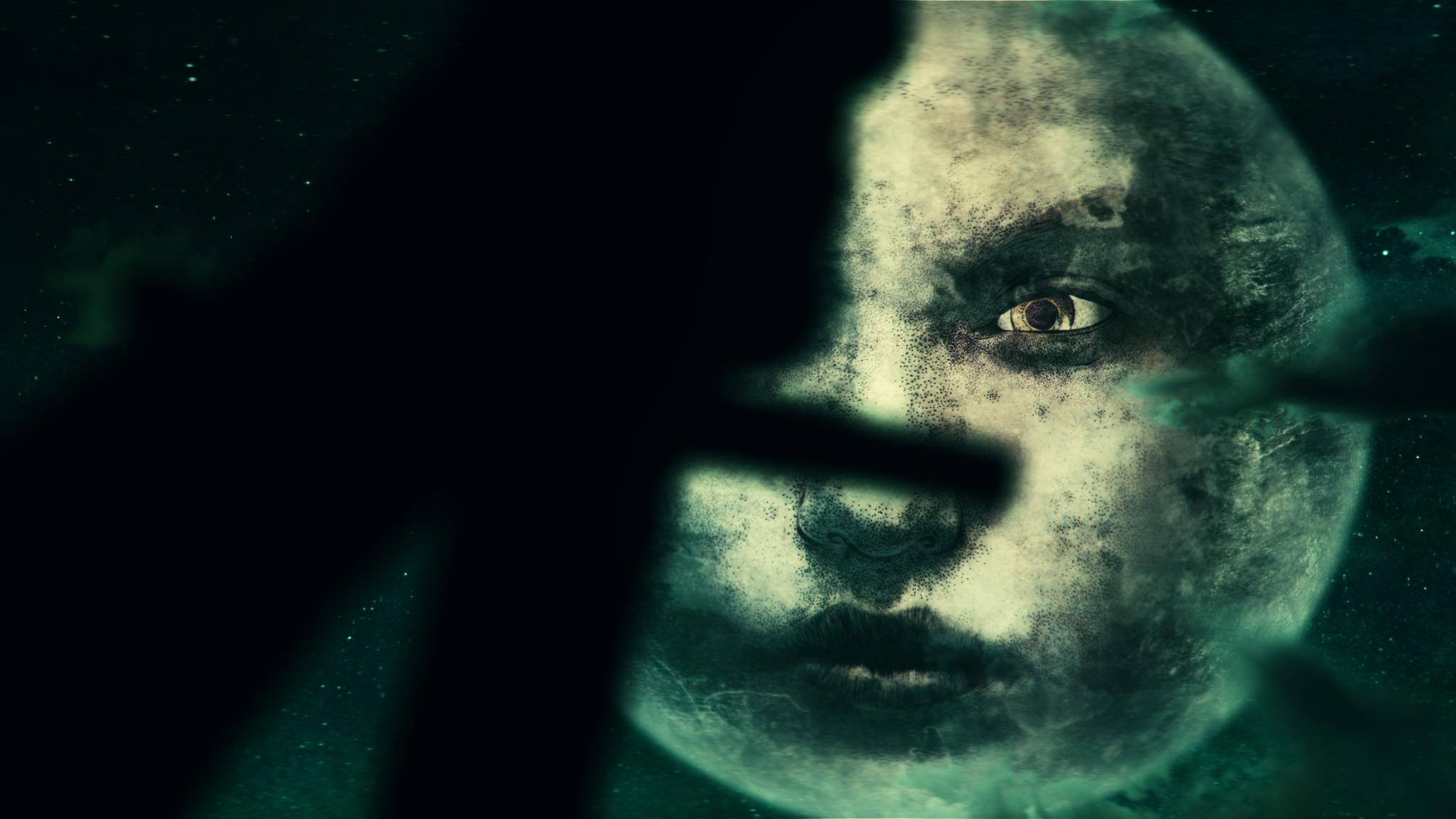 Coursing through the creative animation choices in Death & The Knight is the deep and intoxicating voice of Ralph Ineson. The accomplished actor may be best known for his roles in such films as The Witch, The Northman, and The Green Knight. From that filmography, he’s no stranger to the realm of fantasy. Finally, he’s given a powerful lead role as the voice of a knight on a mission and it’s worth watching for the voice performances alone.

First-time director Radu Gaciu makes the most out of the limitations of this animated adventure. Lip sync is forgone to focus more on the atmosphere and illustrations. Clever tricks of shadowy live-action are used for more full-motion sequences of ascending horses. The bulk of the animation is presented more in the form of a motion comic, where characters have limited movements with subtle and warping features to create the illusion of a living world. It becomes obvious in a few scenes how little can be done with this format but it’s used well enough. If you’re going to have that familiar tweening animation, you’ve gotta have some stellar-looking illustrations and that’s thankfully the case here.

The knight’s journey is punctuated with several encounters as the knight draws blades against witches, ghosts, and monsters. The intimidation of the dark shadows and the searing seduction of fiery spirits make for some trippy sequences. The whole film has this dark presence that brings to mind aspects of video game cutscenes or animated flashbacks placed within a live-action fantasy epic. Having a long-form narrative around this oddly intoxicating style was a fascinating experience, especially for how experimental the film becomes with different settings, ranging from misty towns of destruction to dark rooms of terror.

Much like The Green Knight, this animated film is mostly just a series of escapades amid one knight’s search for meaning in a chaotic world. What makes it all the more fascinating is that the knight’s adventure goes beyond the sword and sorcery. At one point, the knight enters into a city of electric screens that perplex him in their enormity. For blending genres, there’s quite a bit of allure in such a surreal adventure that leads to unexpected lands for a knight.

It can’t be overstated just how much Ralph Ineson’s powerful voice carries this picture. While there is a strong supporting voice cast present, his narration, and acting turn this picture into a narrative that always holds the attention. The lack of lip sync and motion graphics almost gives it the feel of a Reading Rainbow episode. Well, you know, if the stories were about wastelands, temptation, existentialism, sexual temptation, and demonic forces. Let’s just say this is the type of animation that would easily make any teenager scramble for its graphic novel counterpart.

Death & The Knight is a mighty dose of cerebral and surreal adventure with bold animation to match the intensity. Loaded with fantasy and sci-fi elements, it’s hard not to be drawn in by the wild areas explored in this animated short. Somewhere between a sublime audiobook and a dark graphic novel, this film finds its own style and manages to triumph over its meandering story.