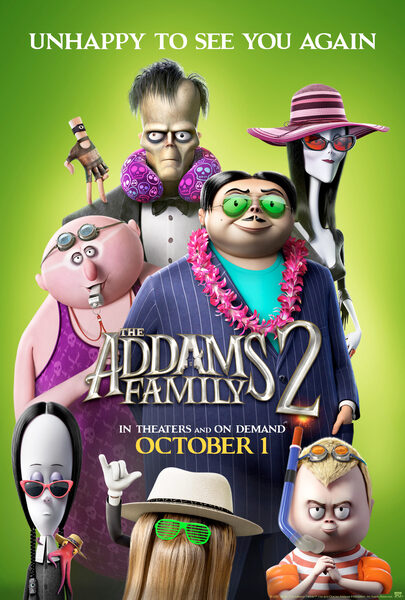 Despite some improvements, this Addams Family still only feels half there. 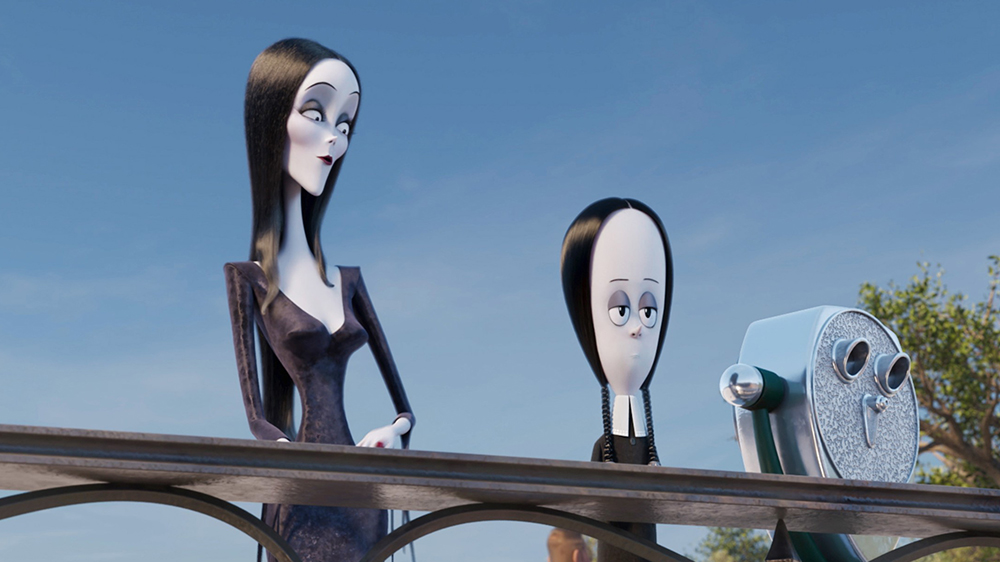 The Addams Family 2, the sequel to 2019’s The Addams Family animated film, feels very much like a return to form. The previous film tried too hard to make the Addams into the heroes for embracing their weirdness in the face of suburban conformity. While such distinction was always a solid aspect of the appeal of a spooky and kooky family, it came branded with tired modernization of animation with all the par for the course slapstick and puns.

This sequel finds a better story to evoke the strangeness of the Addams and keep them strange. Wednesday Addams, the driest and more intelligent member of the family, finds herself being too different from her family and the rest of society. She has developed a new invention that can transfer animal traits into human beings. Though she succeeds in her experiment, she receives little fanfare from either the science fair she prevents at or her family that ruins the event in their classic chaotic ways. Wednesday is starting to feel that she may not be an Addams at all but in a way that goes beyond mere rebellion from the previous picture.

Seeking to rekindle their family bond, Gomez and Morticia decide to go on a road trip so Wednesday and Pugsly can better understand all the darkly weird wonders of the United States. At the same time, however, a revered scientist is seeking to speak with Wednesday about her background. It seems that a mix up at the hospital may have led to Wednesday being sent to the wrong family. It’s a revelation that both Wednesday and her parents cannot quite shake with their differences being ever present.

Most of the film, however, is just road trip antics of the Addams going on vacation. This is where the film is at its weakest as the absurdity once more favors more of the pop culture embrace than the subversion of it. There’s a lot of examples of this in the many pun-filled dialogues but the encapsulation of this method of comedy is Cousin Itt. In the previous animated film, Itt was voiced by Snoop Dogg in the classic garbled voice of the hairy creature. You can kinda tell it's Snoop if you listen and recognize his theme song. This time, however, the film doesn’t even attempt to hide that its Snoop. The finale finds him busting out rhymes without the garbled dialogue and Gomez notes Itt’s music connections to the industry, citing how he’s cool with Billie Eilish.

As a series of antics on a road trip, however, the film finds some pleasing scenarios for the Addams to be weird. They visit Niagara Falls where Gomez can’t wait to jump in a barrel and take a dive down the falls. They visit the Grand Canyon and Pugsly can’t resist it as an opportunity to set off some explosions. They visit a beauty pageant for little girls and Wednesday finds herself tossed into a horrifying musical number that conjures up the same level of disdain in Addams Family Values, when she was forced into a Thanksgiving play. Of course, you’ve gotta end that situation with something shocking but, since this is an animated film aimed at kids, the picture settles on a Carrie pigs-blood parody.

The climax also isn’t too shabby. It builds off Wednesday’s experiment slowly transforming Uncle Fester into an octopus monster. An Addams Family movie ending with a mad scientist and monsters feels very fitting. It’s a far cry from the simplistic message of the previous film which felt jarring for the subversive Addams to take such a route. They’re far more in their element here.

Despite some improvements, this Addams Family still only feels half there. It’s not that the Addams must be dismal and better embracing the dark humor but their appeal is kneecapped by the current demands of average animated entertainment. It’s a bit of a shame because the Addams Family seems perfectly suited for animation with all sorts of oddness to their world. That world feels surprisingly small in this animated film, even when taking their comedy on the road.