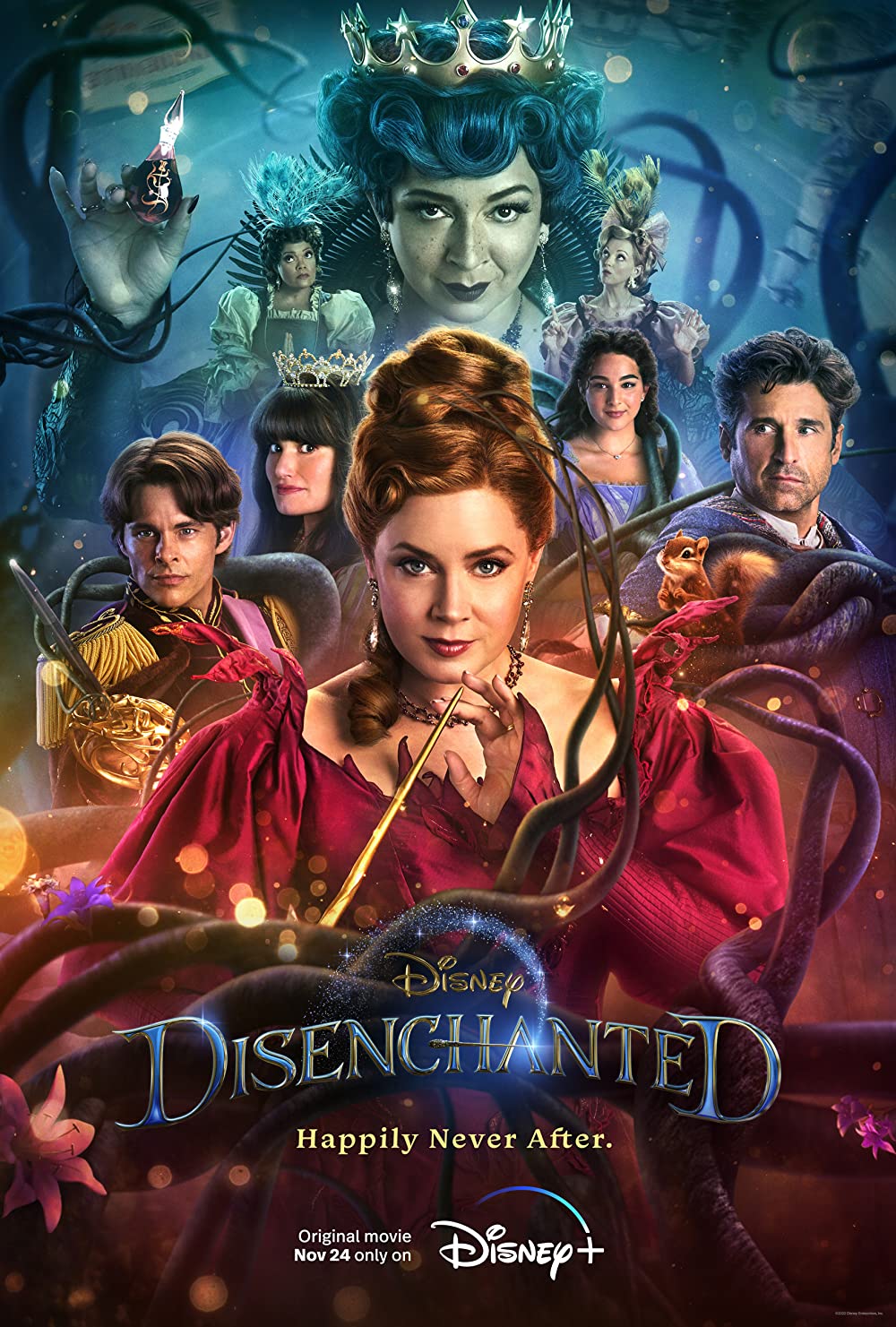 Disenchanted just doesn’t have the same magic as the original film. 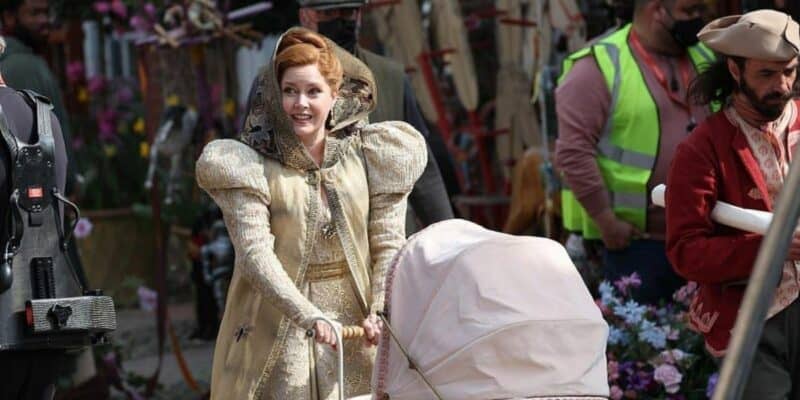 The title Disenchanted is perhaps far too fitting for this late sequel to 2007’s Enchanted. While the first film was a decently delightful riff on the old Disney princess formula with a fish-out-of-water story, the sequel finds little to explore by returning to the tale of a fantastical princess in real-world suburbia. It’s enough to make you wish that story had been happily ever after without this weak return that feels more like an extended epilogue.

Having placed her animated fantasy world behind her, the former princess Giselle (Amy Adams) has decided to settle down as the wife of Robert (Patrick Dempsey) and his daughter Morgan, now a teenager played by Gabriella Baldacchino. With Morgan getting bigger, their New York apartment just isn’t big enough for what is now four of them after Giselle has a child of her own. Thus, the family is off to a New York suburb where they find a new home. The community is closely run by the sharp and shrewish Malvina Monroe (Maya Rudolph), someone who has all the qualities of a witch but Giselle has perhaps learned to be less judgemental, as I’m sure her dwarf comments have aged like milk.

The first act presents a decent enough path for Giselle’s new life. Getting used to suburbia could come with its own set of challenges for the musical woman who means well but can often be led down troublesome paths. Unfortunately, since this is a Disney movie, there’s gotta be some of that magical spillover where special effects and 2D animation bleed into the narrative. This comes in the form of a wishing wand which one would think Giselle might use with some sense of cunning but merely retreats to the simplest solutions. The real world seems hard so she essentially wishes for real life to be transformed into a Disney musical, complete with her husband being a knight, her teenage daughter being a Cinderella, and Malvina becoming the wicked witch queen of Snow White.

It’s not that this type of story couldn’t work. It’s just that so little of its fantastical story makes time to dig into the fears of the parent becoming the bad guy. Rather than making this a transformative journey, there are a lot of magical shortcuts taken to explain away certain mannerisms. For instance, Giselle starts turning into a literal wicked stepmother she feared becoming but in more of a Jekyll/Hyde sort of way. And not in the cool way where her physical, verbal, and psychological start morphing her into the stereotypical evil stepmother ala The Fly. It’s strange but somewhat understandable why the film goes down this easy route, considering how nice Giselle is to her family and community that she’d have to be cursed to ever turn evil.

The majority of the film, however, is mostly side gags about how absurd it would be for suburbia to be turned into a fantasy village. This leads to gags like Patrick Dempsey trying and failing to be a slayer of dragons and Malvina’s assistants (Yvette Nicole Brown, Jayma Mays) becoming bickering henchwomen. While the bits are okay setups for gags, they don’t find much hilarity as the characters mostly seem to be going through the motions. Some relatability is had here and there, but it’s mostly from a standard “am I right” jokes about parenting. The lack of that extra oomph for the comedy really hinders this fantasy-musical-comedy that certainly seems to be more concerned with hitting the cues than finding its heart.

This is a film where the best that can be said of the picture is its production. The songs are not all memorable but pleasing both visually and audibly. A highlight of the picture is a duet between Giselle and Malvina when they feud about beating each other over who is the fairest of them all. It’s not bad but it’s a fun scene more for the fact that Amy Adams and Maya Rudolph have stage presence beyond what they’re given to work within the film.

Disenchanted just doesn’t have the same magic as the original film. It’s a forgettable dose of matinee entertainment that is completely understandable for being pushed more onto Disney+ as opposed to the theaters. It’s been so long since Enchanted that only the most die-hard of Disney fans will be all that giddy for a sequel. It’s just unfortunate that this reprisal of the characters feels like catching up with old friends from college, depressingly discovering that nothing much has changed.