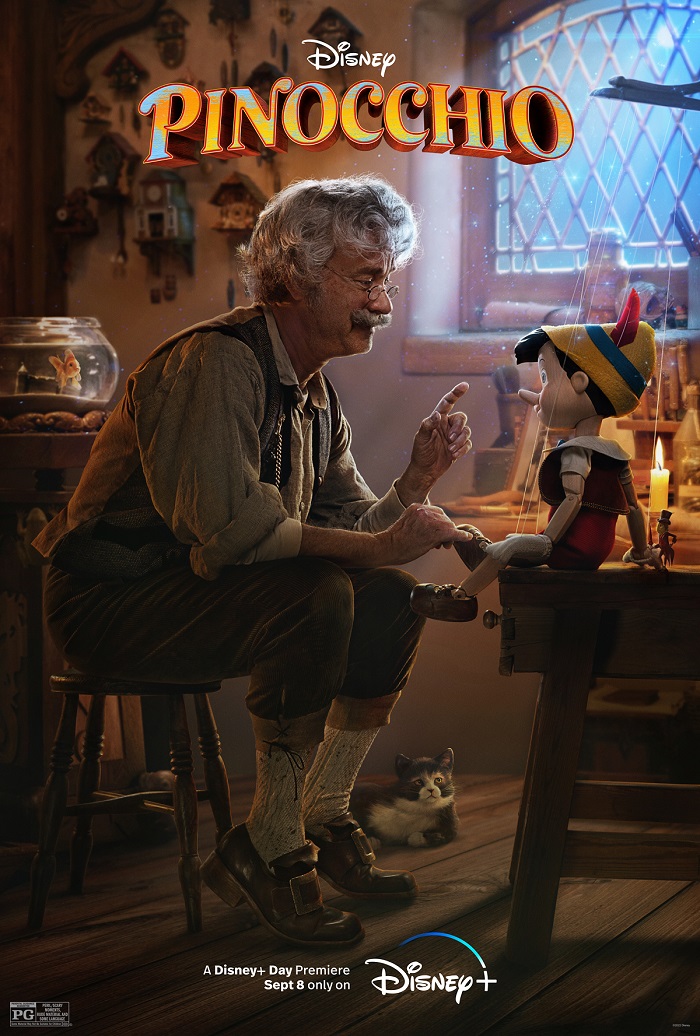 Disney’s new version of Pinocchio is far limper than the titular puppet since this iteration lacks a soul. 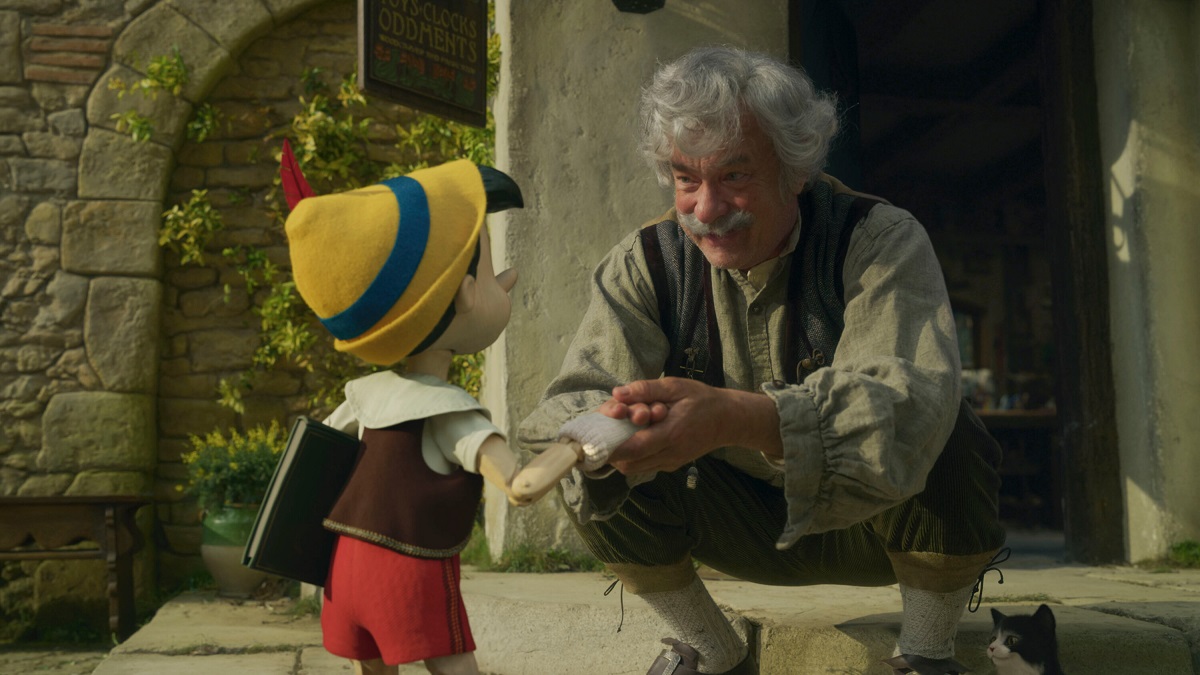 There was a time when Robert Zemeckis used his wizardry-like love of visual effects to craft the exciting and heartfelt adventure Back to the Future. Decades later, he’s still dabbling in breakthrough visual effects but has lost the heart to storytelling. One could blame it on the machine that is Disney cranking out remakes of their classic properties or Zemeckis’s tunnel vision for VFX where it seems like the story comes second. Whoever is at fault, this new version of Pinocchio just doesn’t work.

It’s not just that you’re reminded of Disney’s Pinocchio throughout this retread, although the blatant cartoonish design of the puppet certainly doesn’t help make this film distinct. The major problem is that so much of the classic fairytale is shaved down to be a mere husk of its formal writing. This wouldn’t be an issue if there was something more that was added to this version rather than a mere glaze of thematic changes. Sadly, what we get is a watered-down modification of Disney’s version, which was itself an iteration filtered more for whimsy.

The story remains the same with minor modifications in the casting. Benjamin Evan Ainsworth voices Pinocchio with the same chipper sensibility as the charming character of the animated film, albeit with less convincing naivety in the acting. Tom Hanks feels like an easy choice for the role of Geppetto, the humble clock-maker who dabbles in dolls and wishes for one to be a real boy. We get some sweet Hanks but mostly out of working with a script that doesn’t give him much to work with, where he’s overpowered by the visual effects. He’s not only competing with CGI Pinocchio but CGI Figaro the cat, CGI Cleo the fish, and CGI Jiminy Cricket, voiced by Joseph Gordon Levitt in a thankless role. Giuseppe Battiston is passable as the scheming puppet show host Stromboli, Cynthia Erivo is a bore as The Blue Fairy, Luke Evans barely has any intoxicating charisma as the coaxing coachman, and Keegan-Michael Key feels on autopilot as the corrupting Honest John.

It’s what this film adds that not only makes it so bland but betrays the thematic elements. During Pinocchio’s time in Stromboli’s circus, he meets the aspiring puppeteer Fabiana (Kyanne Lamaya). Fabiana was a former ballerina who had dreams of running her own traveling show. That dream comes true rather inexplicably in the third act and she succeeds in rising above Stromboli who is brought to justice. This leads to Pinocchio having a life in the theater. But, wait, doesn’t that sound counterintuitive to Pinocchio’s journey? Wasn’t show business meant to be portrayed as a cruel business that lures in the gullible?

If you think that’s bad, just look at how the Pleasure Island sequence is diminished by the boys dabbling in root beer rather than beer. This feels less like an apt enhancement of the story’s messaging and more like a version that a dentist wants to show his patients. That’s the only reason I can imagine why this version would make the lackluster call to remove the mystique of kids indulging in forbidden vices. Are kids really that forbidden from root beer now, a soda they could legally order at any gas station or restaurant?

Disney’s new version of Pinocchio is far limper than the titular puppet since this iteration lacks a soul. The visual effects are elaborate and detailed but so has nearly every live-action version to date. The only acclaim such a film has is that it looks the closest to Disney’s animated film while also muddying its greater themes of vices and truth. The animated version of Pinocchio will still have a longer lifespan of virtuous storytelling whereas this live-action version will mostly be remembered as the one where Tom Hanks played Geppetto and still couldn’t save the picture.