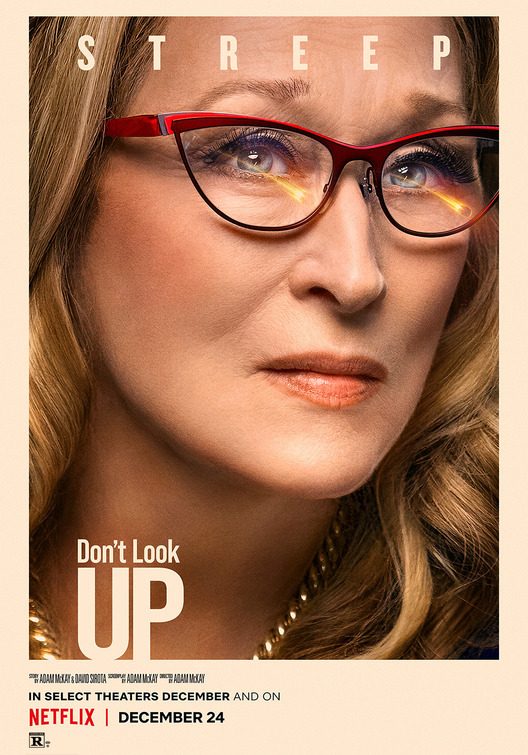 Don’t Look Up just comes off empty in its commentary and embarrassing in its attempts at humor. 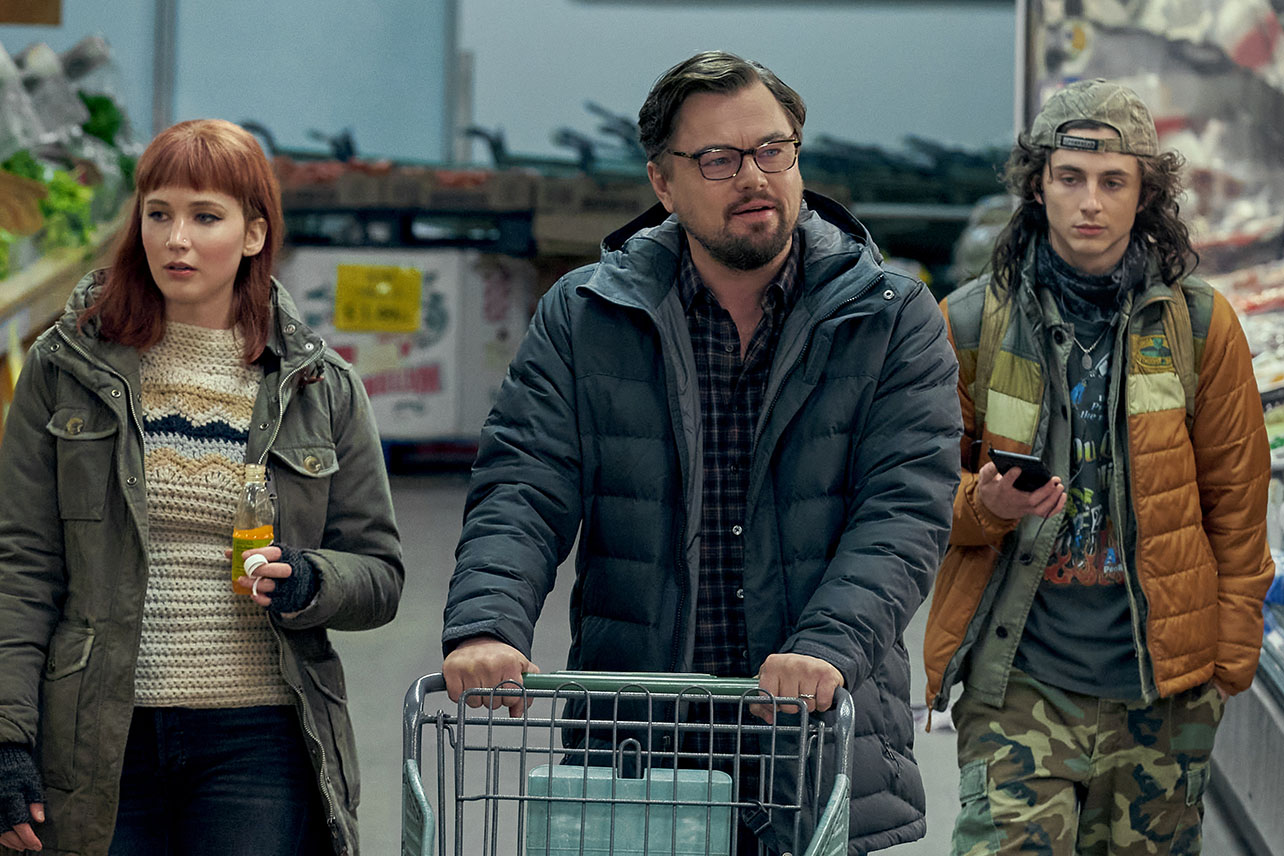 Adam McKay’s commentary on climate change comes about as vocal and scattershot as any of his other angry films. One might mistake him being a bit more subtle this time around as he uses an approaching comet as a stand-in for the degradation of the environment. Don’t mistake this for Doctor Strangelove, however, considering this film is nowhere near as clever but also talks down to its audience.

This is a film that makes the heavy mistake of placing the onus more on the individuals than a greater system. The blame is placed more reactions than the authorities who instigate ignorance. Consider how the protagonists of the scientists played by Leonardo DiCaprio and Jennifer Lawrence are framed. They discover the lethal comet headed directly towards Earth and demand to speak to the President of the United States to take action.

The President, played by a prim and pompous Meryl Streep, is more concerned with her political career and celebrity status. This leads to her postponing the destruction of such a threat until it works out for her numbers. It is delayed even further when she favors the opinions of a rich industrialist, played by Mark Rylance, who states that the comet can make everybody rich if they just pursue a risky and untested mining operation. You can probably guess how this will all go down.

Naturally, DiCaprio and Lawrence become the characters we want to root for but they’re placed in the crosshairs the same way all scientists would be attacked by political rivals. They have issues of bad relationships, sleeping with journalists, and just blurting out the truth so angrily that it shuts them up. The lack of having any effect on authorities leads to both of them crumbling into loud, rage-fueled rants about taking this situation seriously. While they do call the elite out, they mostly place blame on everyone else. The fault lies not in with our politicians and greedy businessmen but more in our own tones. Perhaps indirectly, the film blames everyone else for not taking this matter seriously, assuming that most people are not.

A satire such as this just doesn’t work, even with the myriad of comedic cameos that do little to build up the hilarity. Jonah Hill plays the President’s dude-bro son who is inept in his political strategies but is really just adopting the same low-key jerk persona he’s harnessed since Superbad. Rob Morgan plays the dead-pan Planetary Defense Coordinator so well you’ll wish he was in a different movie. Timothée Chalamet goes a bit outside of his comfort zone as the skateboarder rebel who crumbles under pressure and does well enough that he’s one of the highlights, despite only being in half the film.

The rest of the actors are pretty much in their comfort zones. Ron Perlman plays the hero tasked with saving the planet, posed as an out-of-touch racist who just can’t shut up. Ariana Grande plays a music pop star in a side-plot meant to highlight the emptiness of pop culture that goes absolutely nowhere. The same goes for Scott Mescudi playing a DJ in a relationship with her. Cate Blanchett and Tyler Perry play painfully perky talk show hosts that aggravate with how passively they can go from celebrity gossip to planet-threatening science.

Don’t Look Up just comes off empty in its commentary and embarrassing in its attempts at humor. It has the look and feel of a first draft that was shoved all the way into production, from the aimless anger at everyone in the world to the confounding conclusion that involves naked white people and bird aliens eating them. In Adam McKay’s attempt to find some catharsis in how screwed up our world is at the moment, all he offers is a pointless scream and perhaps even a nihilistic tear. We’re all going to die and McKay’s contentment in all of this seems to just holler as loud as he can into an empty void. A good message thrives within such a focus-deficient picture.