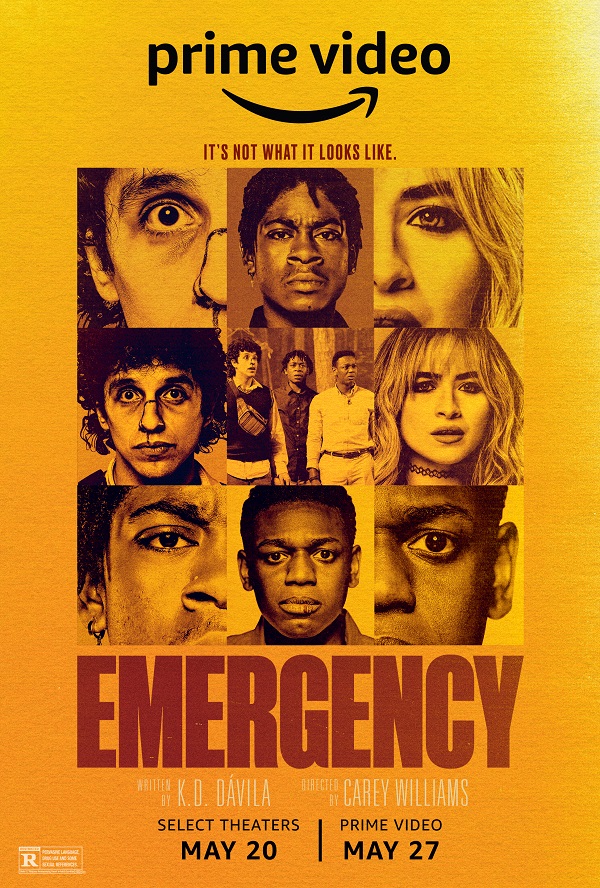 Emergency is a razor-sharp college dramedy that hits all the right angles. 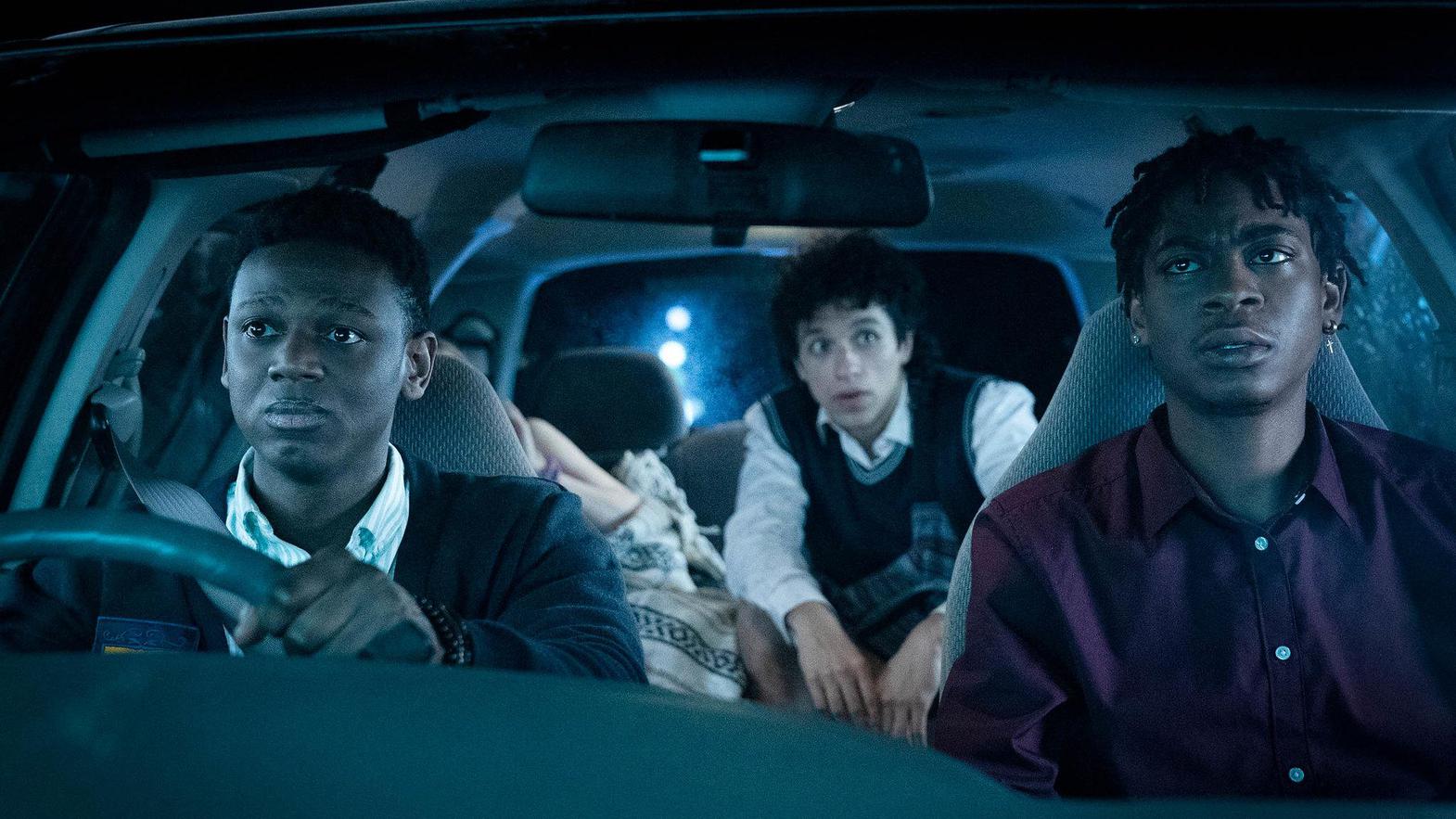 It’s spring break at college. Three college students, two black and one Latino, aim for a night of partying to celebrate. What they didn’t count on was their night beginning with the discovery of a drunk and nearly dead girl in their house. This leads to a complicated and dangerous night of trying to figure out what to do in such a situation.

The three students have clashing views of the world. Sean (RJ Cyler) is a failing student who is far more interested in partying and completing what is known as the “Legendary Tour” of partying at all seven frats in one night. Kunie (Donald Elise Watkins) is a highly intelligent science major who is aiming to get accepted to a bigger college, more concerned with his final project than partying. And then there’s Carlos, a stoner/gamer in his own world that often struggles to find a voice between his two vocal roommates Sean and Kune.

All of them feel awkward at college but this is especially true for Sean and Kunie being best friends. One of their first scenes features them in a class where a white teacher speaks of trigger warnings and constantly uses the N-word. The presence of such language and singling them out for having an opinion on it makes them feel awkward, especially when one of the white classmates approaches them about starting a movement they want no part of.

That awkwardness perfectly builds to the complicated matter of how to handle the presence of the intoxicated and vomiting Emma (Maddie Nichols) at their place. Kunie’s first instinct is to call the police. Sean, having dealt with the police before, tells him this is a death trap. With Kunie not being as familiar with police profiling, Sean walks him through the math: three people of color plus one unconscious white woman equals a recipe for misunderstandings and an excuse for police brutality. It also doesn’t help that they soon discover Emma is still in high school. So the three roommates try to find a way to get the girl help while not just dumping her on a curb.

While they try to figure out what to do, Emma’s sister Maddie (Sabrina Carpenter) searches desperately for Emma, having lost and ditched her at a frat party. Maddie has already primed herself for a future of complaining to managers, starting with her argument at a 911 call to find her sister. Her quest leads to her making wild assumptions and even deceiving the three students trying to help.

Director Carey Williams walks an amazingly fine line between socially-aware drama and richly cathartic comedy. It’s a unique spin on the one-wild-night college movie that usually descends into sex-comedy hi-jinks of yesteryear. The dialogue is brilliant, especially from the opposing perspectives of Sean and Kunie. It’s only once Kunie starts showing some anger and yelling that Sean starts recognizing Kunie as finding his “blackness.” Kunie’s ignorance of how African-Americans are treated makes for the perfect opponent for Sean. He can talk about how his family had been the victim of unwarranted police assault but it’s only once Kunie comes face to face with the police that he finally starts to understand. The trauma he experiences will bring him and Sean further together, cementing a friendship that will go beyond their gap in grades. At the same time, there are some genuine moments of comedy. After all, when things look so bleak, sometimes you just have to laugh at a story of someone getting shot in the butt.

Emergency is a razor-sharp college dramedy that hits all the right angles. There’s a wealth of emotions and energy present that feels like an engaging experience with richly defined characters and deeply relatable situations. It’s a film that treats college students as flawed and fearful yet tactful and intelligent, aware of the world to recognize the complicated issues that lie ahead of them. What a deeply profound and powerful picture that is as poignant and dramatic as it is absurdly charming.