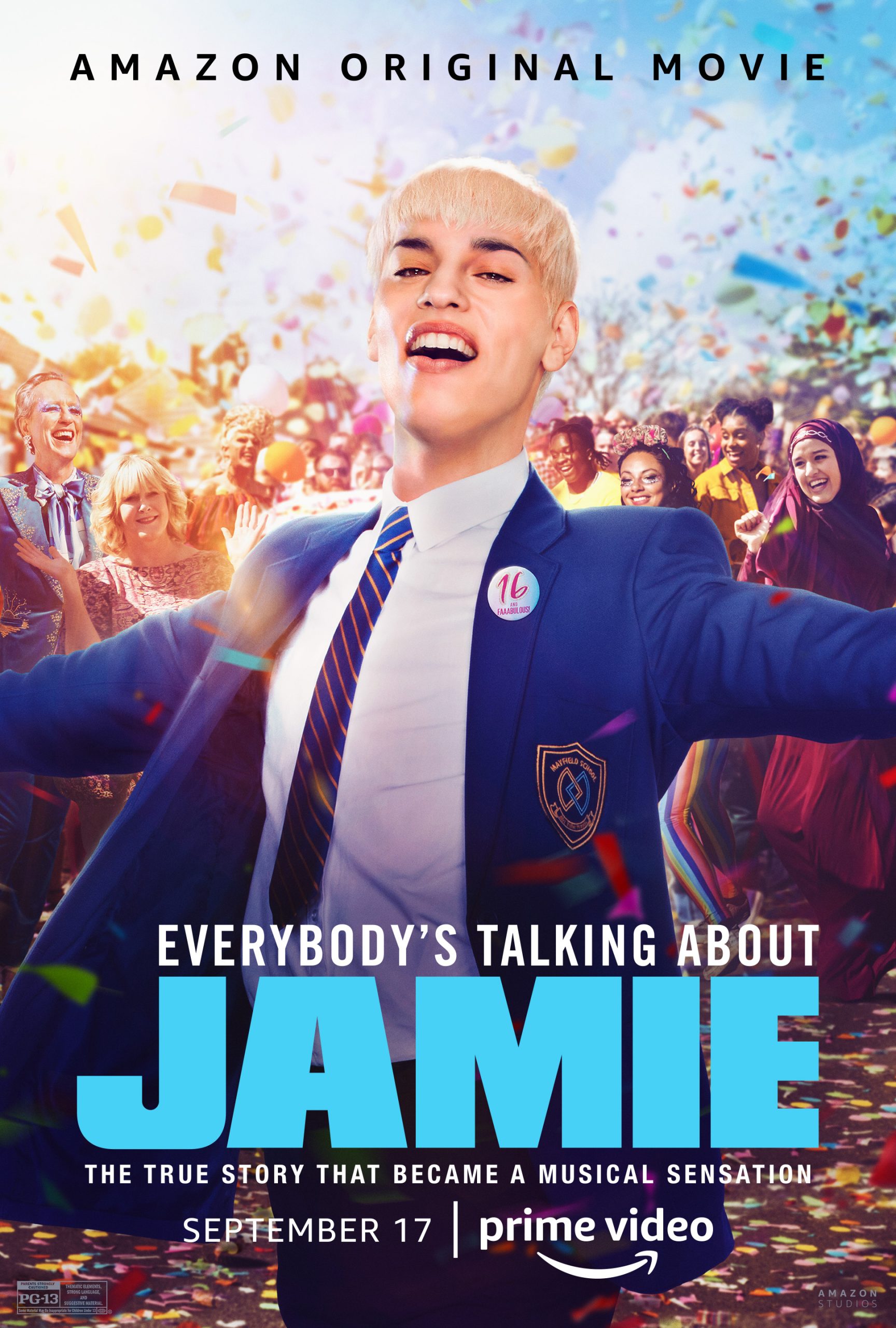 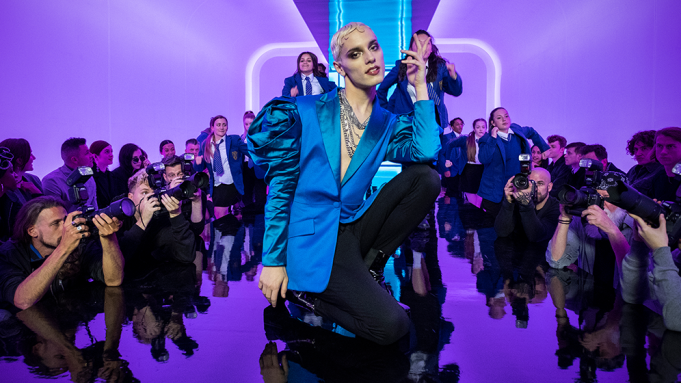 Based on both a true story and the stage musical of the same name, Everybody’s Talking About Jamie is a comfortable tale of acceptance. It embraces a story of coming out as queer and daring to question gender norms. It does so, however, with all the glitz of a musical and the heartfelt nature of being yourself. Despite being based on a true story, there’s more of a magical glaze to this film that makes it feel more like a fairytale than a reflection of being confident in who you want to be.

Taking place in South Yorkshire, Jamie (Max Harwood) is a high school teenager with dreams of becoming a drag queen. He keeps his dream a secret, fearing he’ll be judged by his classmates and teachers who won’t accept him. Jamie’s single mother Margaret (Sarah Lancashire) is rather supportive though some of her uncertainty tends to bubble up. She wants her son to feel comfortable with who he is but does hold some unease when he decides to be more public about his favoritism of women’s fashion. Jamie’s divorced dad Wayne (Ralph Ineson), however, doesn’t approve of his son’s way of life. Jamie has been convinced by his mother, however, that dad means well and that he really does love his son.

Jamie’s desire to do more comes about when his mother buys him some stunning heels he desired for his birthday. When Jamie shows them off to his best friend, Pritti (Lauren Patel), she encourages him to go the extra mile and dress up in drag for prom. This confidence is further solidified when Jamie stands up to a bully in the lunchroom. Aiding and complicating the desire for drag is when Jamie meets the elder drag queen shop owner Hugo, played by an always-exuberance Richard E. Grant. Hugo informs Jamie about the tragic history of drag queens and queer culture amid the AIDS epidemic of the 1980s. Hugo also is ready and willing to help Jamie out with establishing his drag persona.

Reflecting on the stage play, the film comes loaded with some elaborate and rather clever musical sequences. Daydreams in class turn into decadent fashion shows of Jamie living out his dream of trotting around in a stylish outfit and makeup. I particularly dug Grant’s number of relaying his past through a VHS tape. Grant appears in song alongside the footage, stepping into scenes of protest and tragic goodbyes in a hospital. That’s the type of unique usage of film I love to see in musicals, performing numbers that are far more elaborate than the stage will allow.

Where the film perhaps falters is in how it showcases the hate that Jamie combats. The homophobes present are less like dominant forces and more like bullies who are just one rousing speech away from backing down. During Jamie’s first drag show, he’s initially mocked by some members of the audience but they’re quickly escorted out of the club and Jamie continues his performance. When the school principal tries to ban Jamie from attending prom in a dress, stern defiance saves the day. Even Jamie manages to mend some bridges by approaching the bully and trying to find peace at prom. After all, life changes a lot after high school. Though well-meaning, there’s something overly flowery about such a picture that lacks that punch for embracing queer culture as more than just a brave movement where a musical can mend all wounds.

Everybody’s Talking About Jamie is a well-made musical but not quite a well-made story. It hits on a lot of familiar platitudes of queer acceptance that have echoed throughout various films, feeling more like a review than a revelation. The musical numbers are pleasing and the message is a strong one. The only aspect that feels lacking is that the sugary allure of its musical assembly will only really preach to the choir and may even annoy those who have seen this story before. At least it’s more attractive and energetic than those somber afterschool specials. If nothing else, the film is a good-looking one with its heart in the right place and its beat always thumping.