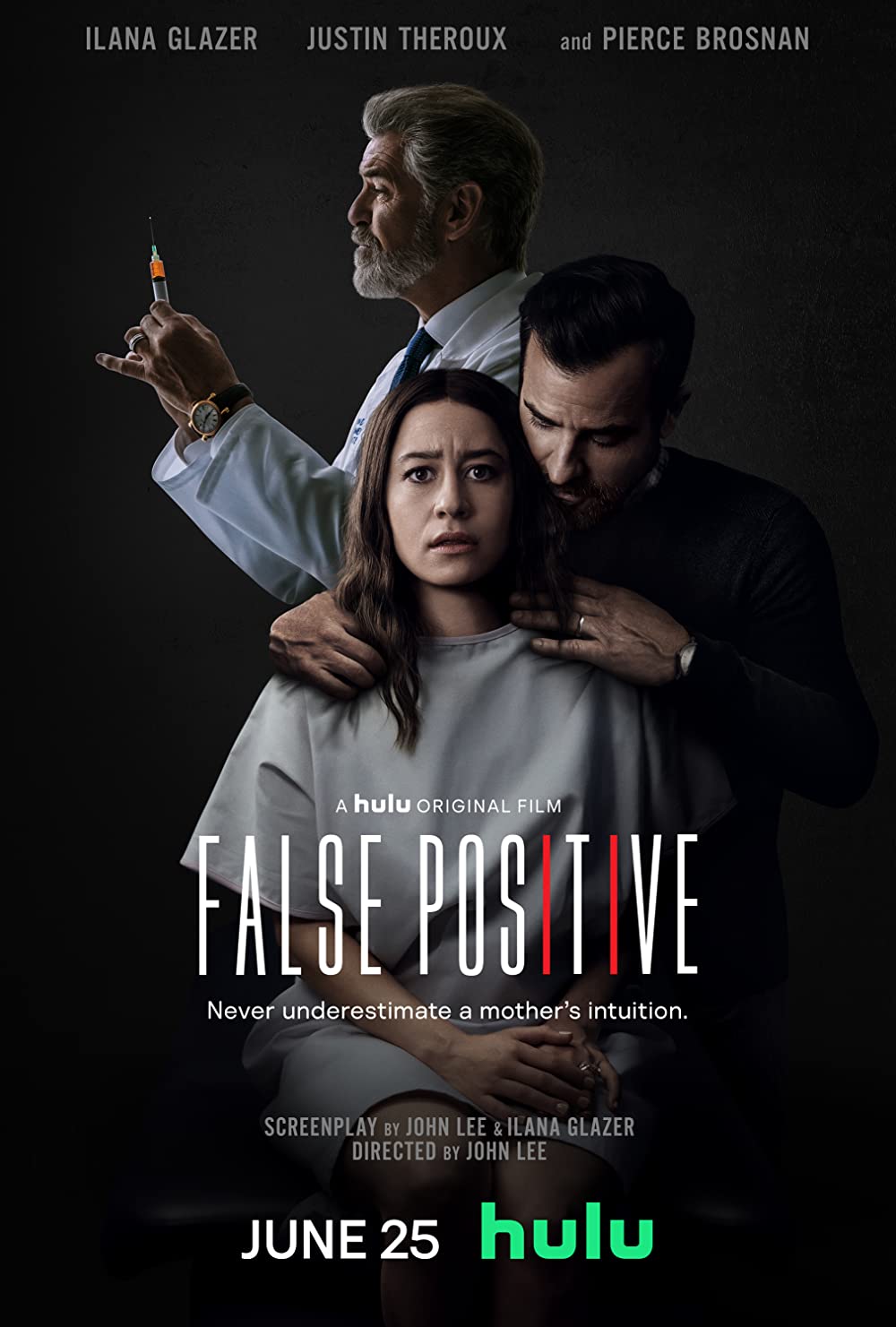 False Positive is a surreal nightmare with occasional bursts of social commentary brilliance. 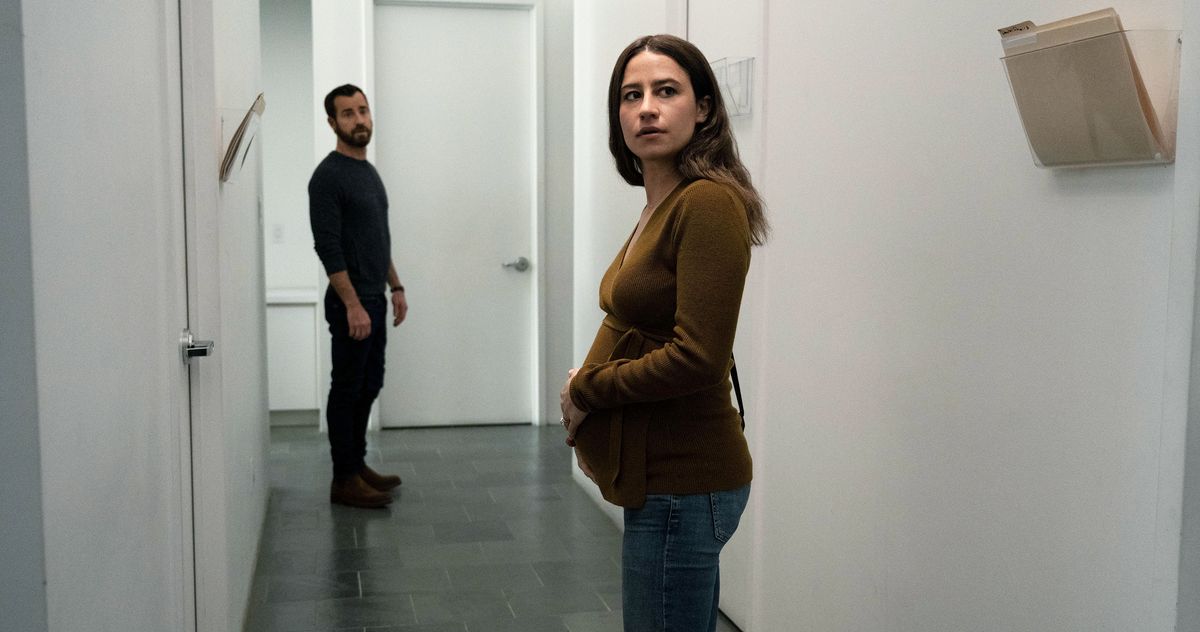 There are several scenes during False Positive where a thought lingered in my head: They’re not going to go this far. Then again, it’s an A24 production and I should know better by now to expect horror to go into darker territory. And False Positive is a film that approaches the anxieties of pregnancy with the gentleness of a wrecking ball.

Lucy Martin (Ilana Glazer) is a copywriter who is a rising talent at work but struggles to have a baby with her husband Adrian (Justin Theroux). They’ve been unsuccessful so far but Adrian has an ace up his sleeve with an old friend, Dr. John Hindle (Pierce Brosnan). The doctor has been known for being successful in helping women become pregnant, showing gentleness and confidence in his bedside manner and skills. However, he has an unconventional means of doing so as well, stating that his technique is a hybrid of different fertilization methods. That should set off a red flag, as should his suggestion that Lucy does not talk to anyone much about her pregnancy process since they wouldn’t understand. But when you really want that baby, no risk seems too great.

A moral dilemma arises, however, once Lucy discovers she is pregnant. She has three fetuses inside her composed of two boys and one girl. Complications arise and the parents have to make a choice of which gender can live given the issues with the womb. Thinking it over, Lucy decides she wants a girl and advocates for the abortion of the two boys. The procedure goes forward with Adrian’s acceptance but nothing seems right after. Lucy starts having dark dreams of Hindle’s scheming, a natural reaction given the creepy Stepford Wife he’s got for a nursing assistant. She tries to learn more about Hindle but the details are vague and mysterious.

The more that Lucy develops, the more paranoid she becomes, fearing she has little said in her pregnancy when it seems dominated by external voices. This becomes most apparent when she births the two boys and not the girl she wanted. She did not have a say in the matter of her own body. And as the film progresses, she learns just how far she has been taken advantage of, seeking brutal revenge for how pushed around she has become by a society that looms over her very being.

False Positive is not at all subtle about its subject matter of reproductive rights and it’s pretty admirable for taking such an ambitious route. The only issue is that the film fluctuates between a number of different styles throughout that some of its messaging may get lost in its stylish allure. The psychological aspects are intriguing but they soon take a backseat to the more over-the-top violence of the third act, turning the film into a David Cronenberg-style commentary on women’s rights. So if you don’t like seeing bloody fetuses suckling on breasts, this movie probably isn’t for you.

False Positive is a surreal nightmare with occasional bursts of social commentary brilliance. It gets a little too weird by the end and almost turns into a completely different movie as Lucy goes from a confused new mother feeling wronged by the system and a gruesome avenger who sternly navigates her own horror. The film is well-shot with strong performances and is going to hold some value on the topic of body autonomy for those willing to peer through its grotesque nature and many twists.