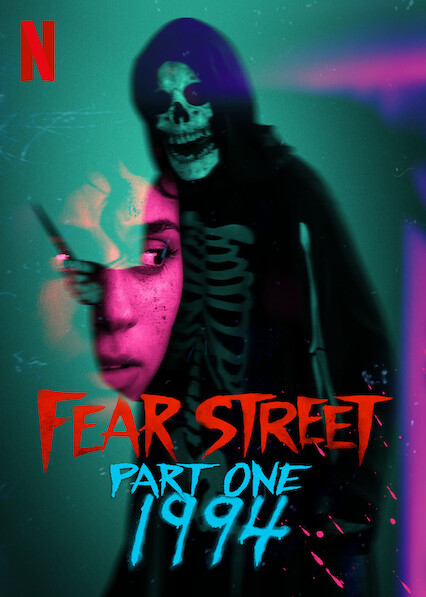 Fear Street finds itself off to a sturdy start. It does become a bit bogged down in exposition here and there. 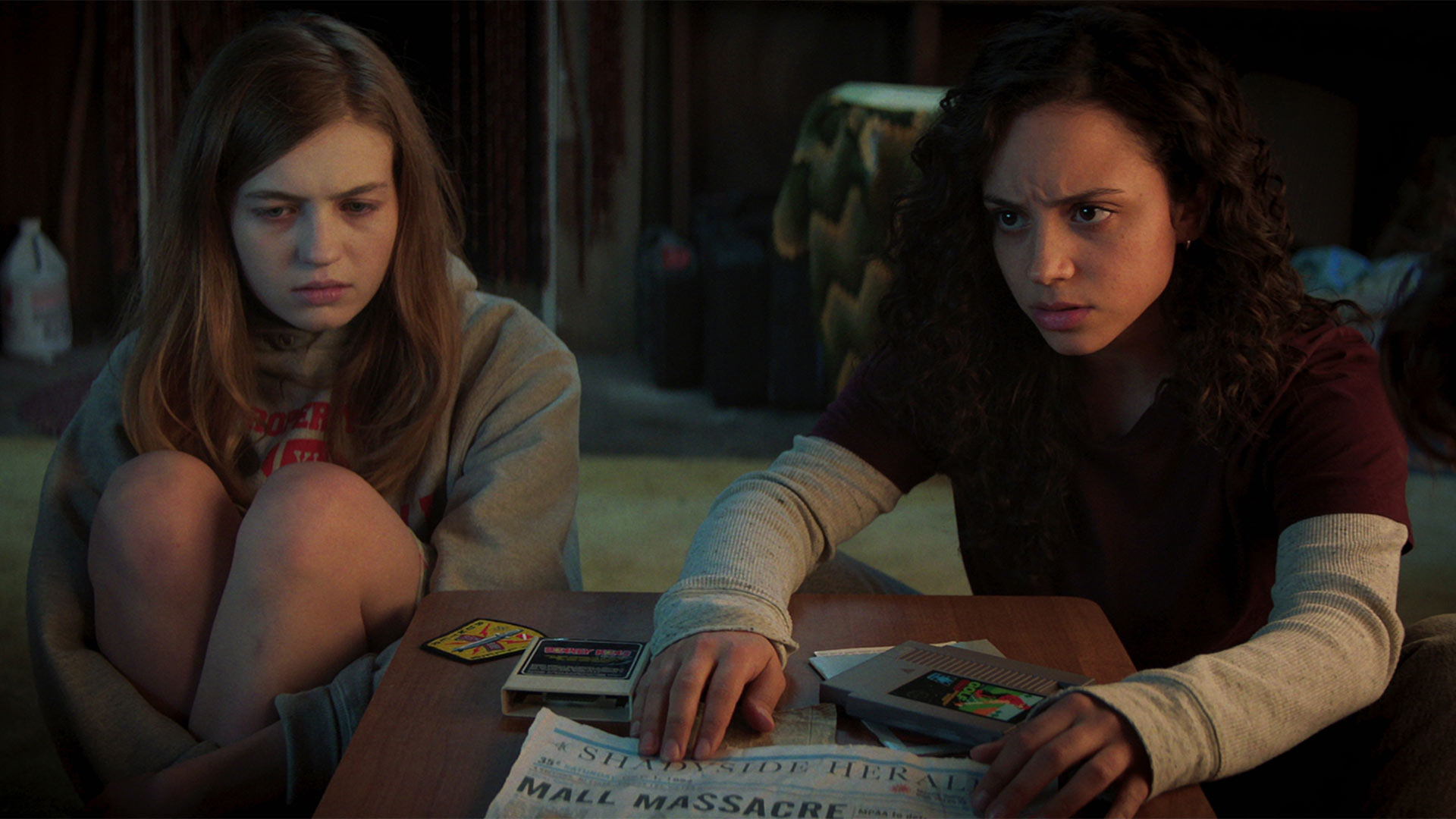 Based on the novels by R.L. Stine, Fear Street 1994 is swamped in nostalgia not just of the 1990s but the youthful appeal of Goosebumps. Don’t be confused by the Stine association as this is absolutely not the safer horror many have come to associate with the prolific author of kid’s horror. Think of it more as the natural progression for that audience. Did you grow up liking Goosebumps in the 1990s? Then you must be ready now for some more adult horror of paranormal possessions and slasher elements.

I really dug the way the film begins, is set in a very 90s mall with a B Dalton's. Heather, a teenager, has just finished her shift and is making her way out of the neon shadows of the mall when she’s approached by a masked killer. He hunts her down and proceeds to brutally slash her. Just before her demise, she unmasks the killer who is revealed to be her friend Ryan. When the police arrive, Ryan is shot to death. So there’s already a lot of mystery brewing about why such murder occurred. There’s also some relief when believing the killer isn’t out there anymore. But evil doesn’t die that easily in an R.L. Stine story.

Roped into finding out the secret of this murder of Shadyside is the highly skeptical Deena Johnson (Kiana Madeira), not willing to believe in something so silly as the curse of the legendary witch Sarah Fier that many believe caused the murder. Her brother, Josh, is completely obsessed with this history, keeping in touch with others over AOL about the news and history of the town’s terror. There’s also Deena’s drug-selling friends of Simon and Kate, as well as Sam’s ex-girlfriend Sam. All of them will stumble onto the secret history of Sarah Fier.

The group soon comes to discover that the curse on the town has led to several random people committing murders as the presence of a witch looms over all who reside in Shadyside. It’s up to the teenagers to figure out the history and how to escape the curse but it won’t be an easy journey, especially since multiple entities wielding knives and axes are rushing after them, vowing to kill at any cost. And it’ll take even more than explosives to get rid of such a threat, leading to some daring attempts at death and resuscitation to outsmart the curse of a witch.

Fear Street’s first entry feels far too standard a horror picture. While I applaud the subtle usage of the 1990s, where the film isn’t trying too hard to convince you of the era, the slasher element seems par for the course. The discovery of Shadyvale’s history of murders is clever but flashes too much information too quickly. I realize that most of this is meant to set up the next parts of the series that take place during different decades but it feels like there’s an awful lot of excessive info for aspects that don’t relate as much to this film.

For being so familiar, there’s some admiration in this film trying to replicate horror tropes. The characters all have their unique eccentricities and are brimming with passion and terror, taking time out of their escape to have one last steamy fling before they face a night of danger. The violence is quite gruesome and the kills become surprisingly shocking for how unexpected it is that most of the teens bite the dust as the story progresses.

For brewing witch curses with the slasher genre, Fear Street finds itself off to a sturdy start. It does become a bit bogged down in exposition here and there. The horror tropes are rarely subverted and act more like a love letter to the more classic aspects of slasher horror. What makes the film at least a bit more appealing is that it doesn’t end all rosy with this entry, leaving more mysteries to be discovered as Fear Street finds itself going back to unearth the evils of the past. Few horror sagas take such a route and it’s refreshing to have something so throwback-ish like this, even if it isn’t quite firing on all cylinders.