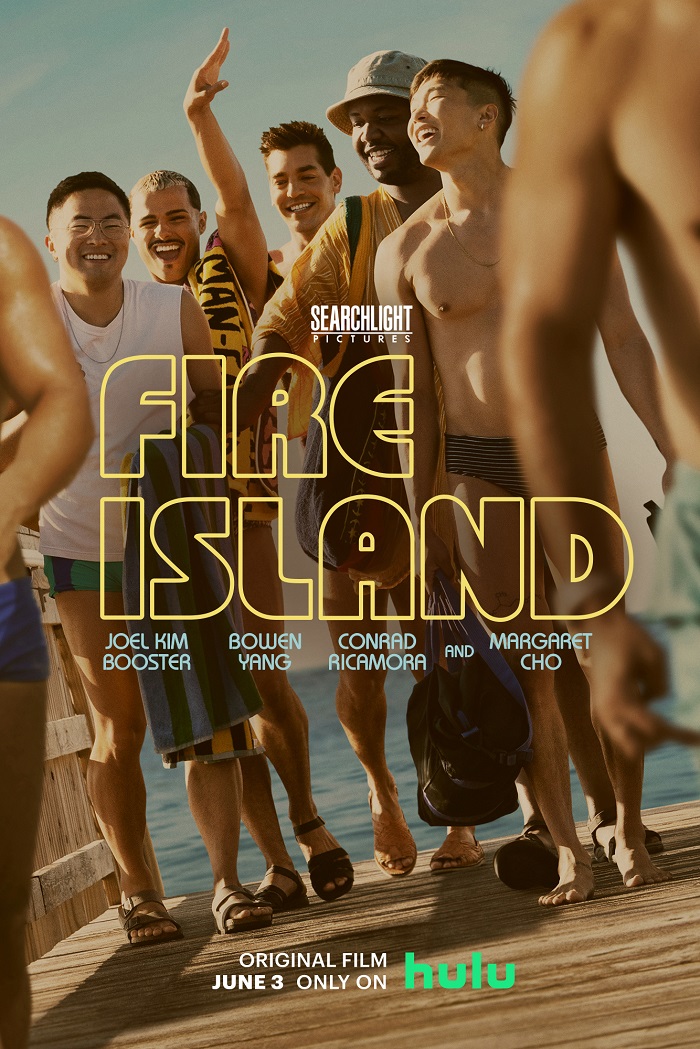 Fire Island is so adorable that its meandering nature works well for this Pride & Prejudice remake of sorts. 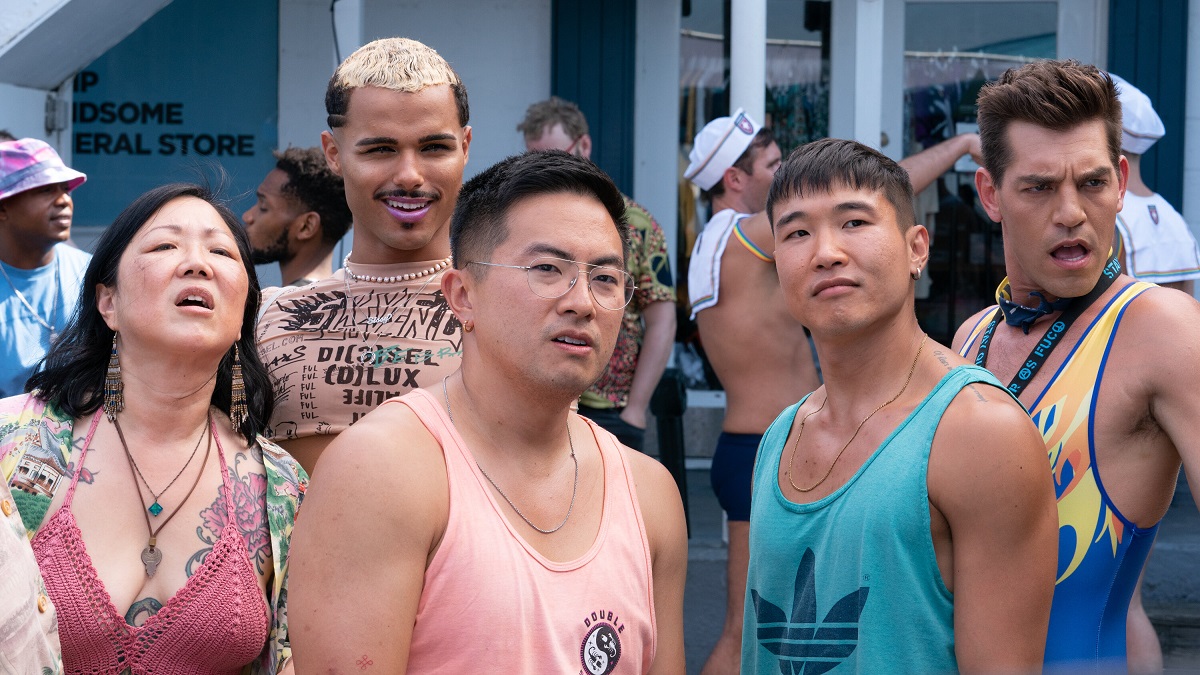 Fire Island has come branded as a modern-day Pride and Prejudice and it’s easy enough to see why. Jane Austen’s classic tale of romance between two different souls is one that has resonated throughout the ages. So alluring is this romance that it crosses beyond its rigid time period and romantic binary. Yet if you were to remake Pride and Prejudice for the modern era, there would be much restructuring.

This film takes the same concept but places it within a more believable setting and characters. A group of gay friends is off on a vacation to Fire Island for a week-long party of hookups and hard drinks. The friends of Noah, Howie, Luke, Keegan, and Max all congregate at one of the houses in the gay village, run by their loving house mother Erin (Margaret Cho). Unfortunately, Erin may end up selling her house on Fire Island, bringing a close to a tender relationship between gay souls young and old. This could be the last long week of partying and part of the friends realize how finite such vacations will be and how hard it will be to feel this feel and joyful outside this paradise for the queer.

If you’re curious who fits into the role of Elizabeth Bennet, that would be Noah (Joel Kim Booster). During the trip, Noah makes it his mission to help his pal Howie get laid. While doing this among parties, he finds himself attracted to the sneering criticism of the stern Will (Conrad Ricamora). Will is not like the other eccentric gays, choosing to remain a tad more refined and indulging more in books while others go for drinking and screwing. If it weren’t clear yet, Will is our Fitzwilliam Darcy.

There’s this charming balance present throughout this romp of both an erotic playfulness to the gay ensemble and a scathing satire of the artificiality that comes from the new world of connections. Characters will speak about their Instagram and OnlyFans accounts but with strong criticism of both artificiality and playing into causes you might not fully understand. There are also little jabs here and there about sexual preferences, racial stumbling, and even desperation amid capitalism. None of these aspects become all that heavy-handed and play perfectly into the mindset of these friends. After all, if you’re spending so much money to go on vacation, you could easily be tempted to steal some overpriced food from the local market.

Of course, a rom-com such as this is only as powerful as its actors and they’re a fantastic group. Every character present feels both genuine and blunt, devoid of the simple sweetness that might come with writing gay characters as carefree second bananas. In a film where they get top billing, the friendship and developing crushes are as intoxicating as they are genuine. There’s a refreshing nature to having a character like Will present, making someone like Noah think a little bit more critically about the relationship he wants to pursue. Sure, random hookups at parties can be fun, but finding someone who shares your interests with quiet love is a whole new level of romance that is worth pursuing.

Fire Island is so adorable that its meandering nature works well for this Pride & Prejudice remake of sorts. It’s deeply engaging yet freewheeling enough to get lost in its whimsical sense of sexual freedom as much as its budding romances. Had this film been labeled as Pride & Prejudice, it would’ve felt apt enough that such a provocative revision would feel both fitting and refreshing. And, look, if Hollywood is going to keep remaking everything, they might as well wield something as refreshing as Fire Island.