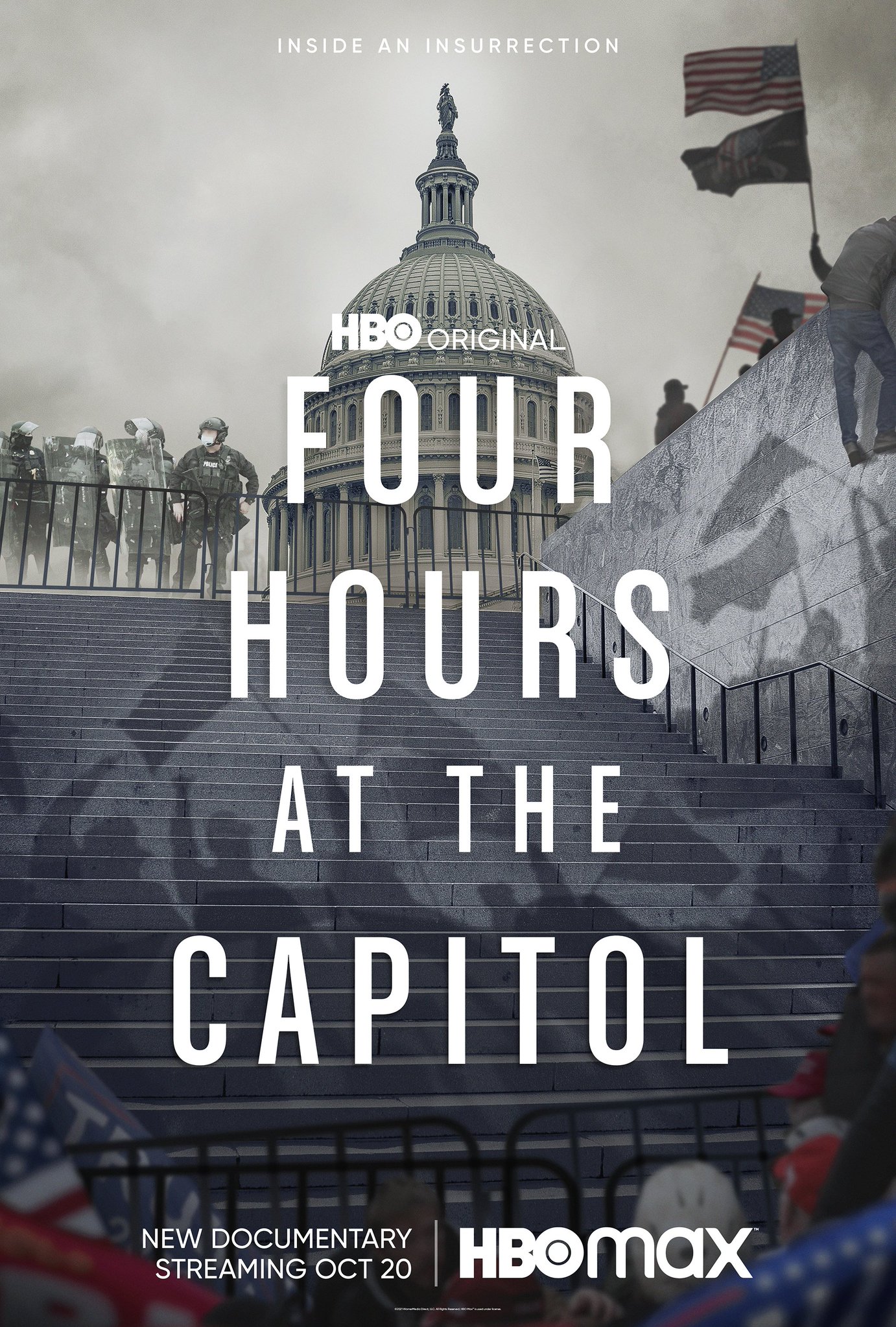 Four Hours at the Capitol has its usefulness.

Four Hours at the Capitol (2021) Review By Mark McPherson 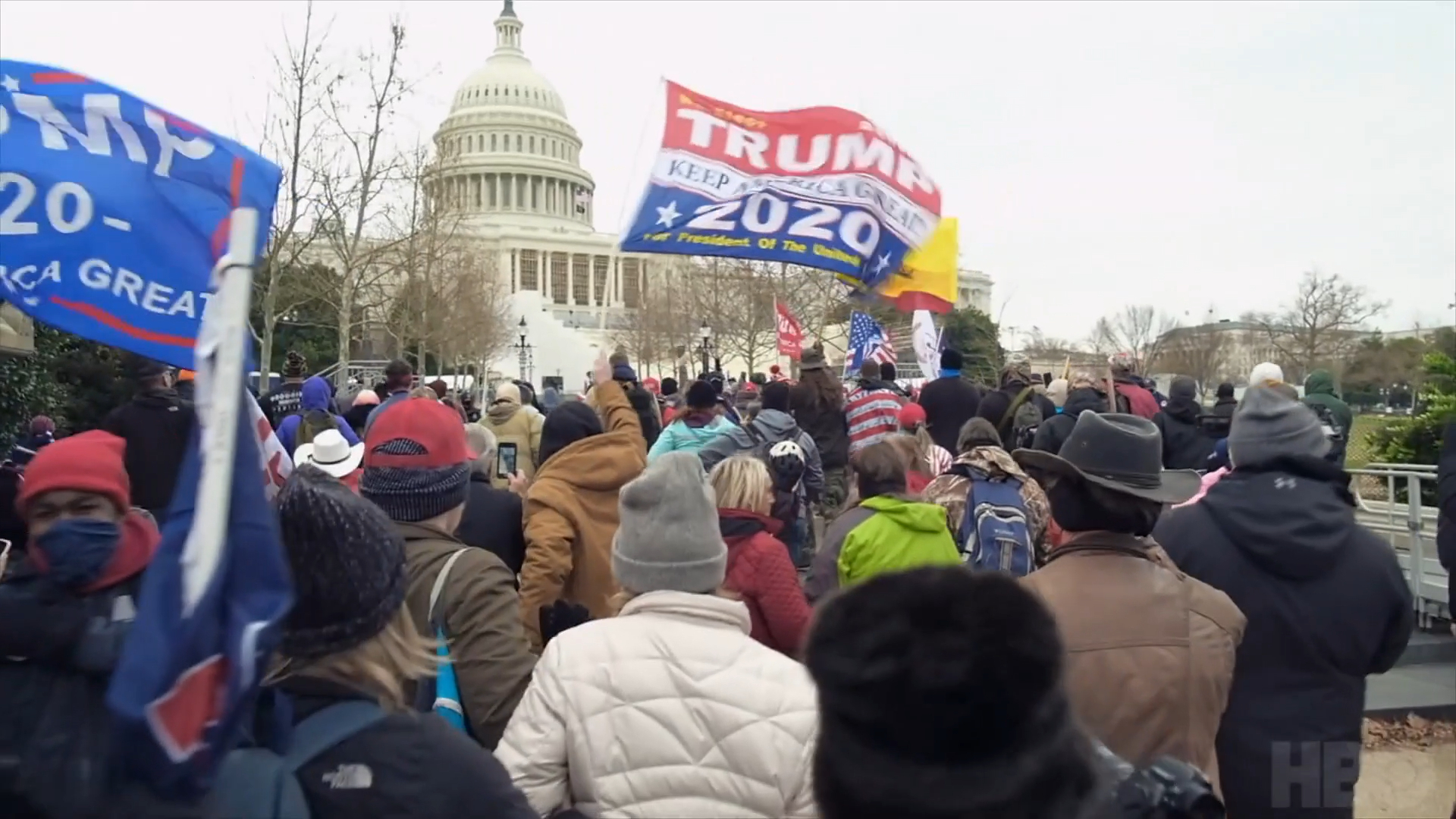 On January 6th, 2021, a historical event of occurred at the US Capitol. An insurrection inspired by Donald Trump’s Make America Great Again movement took place, where protestors clashed with police in an attempt to storm the capitol and prevent Joe Biden from being affirmed as the President of the United States. Since the protestors were organized and loved documenting their protest on social media, we now have the most documented and detailed assessment of an insurrection in history. Four Hours at the Capitol is a film that attempts to piece together all of this.

If this type of film sounds familiar, you might’ve seen it portrayed with more accuracy in a YouTube video produced by The New York Times entitled Day of Rage. That video was more compelling because it was analytical in how it accurately showcased moment by moment during that day. Four Hours at the Capitol is not so intriguing because it focuses less on the exact events and more on the greater meaning and intent. It’s an attempt to understand the event but less on a grander political level that inspired it and more on a personal account. Well, perhaps selective personal accounts are more accurate.

The film seems to be presented in a way for the protestors to explain themselves but presents them more as victims of radicalization than actual radicals. We witness some videos of the protestors both outside and inside the capitol, often speaking directly to the camera. Hearing the interviews of those involved feels less like an admittance of their political beliefs going too far and more like a kid being caught throwing rocks at a window. They shrug their shoulders and say “I don’t know” when questioned why they did it. If they seem okay with the punishment, they lack the observance of why they were punished, to begin with.

The best moments of this documentary are the abundance of footage and an attempt to piece together the events. But if the January 6th incident was a puzzle with many pieces, this film doesn’t fit all of them together. We see the familiar moments of protestors attacking police, forcing their way through barricades, breaking windows, and ransacking offices. This is all footage you’ve probably seen documented many times on the news and in various YouTube videos. But what about the scenes of police taking selfies with the protestors? What about the identities of the protestors relating to police officers and actual fascist movements like The Proud Boys and The Oath Keepers? There is such a wealth of information that has been revealed on this topic that it feels like a major misstep to not dig into these areas.

I will say that this is not the worst documentary on the topic. Compare this to Tucker Carlson’s documentary on the topic which not only omits the aforementioned aspects but also wants to paint the notion that the insurrection wasn’t an insurrection at all. This documentary doesn’t shy away from calling this event out for what it was. It is, however, hesitant to make some greater statement about what this event implies. The way the interviews come off makes this film feel like the protestors were just some people being in the wrong place at the wrong time.

Four Hours at the Capitol has its usefulness. It does an okay job of tackling the topic by sifting through footage and giving a timeline. There are better versions of this but it’s still an important flashpoint in American politics that deserves to be tapped. The problem is that this is only a surface-scratching documentary that lifts some footage and interviews a few involved who try to invoke innocence. Hopefully, future generations who watch this film will be inspired to read more into this insurrection and learn how much more dangerous it really was.