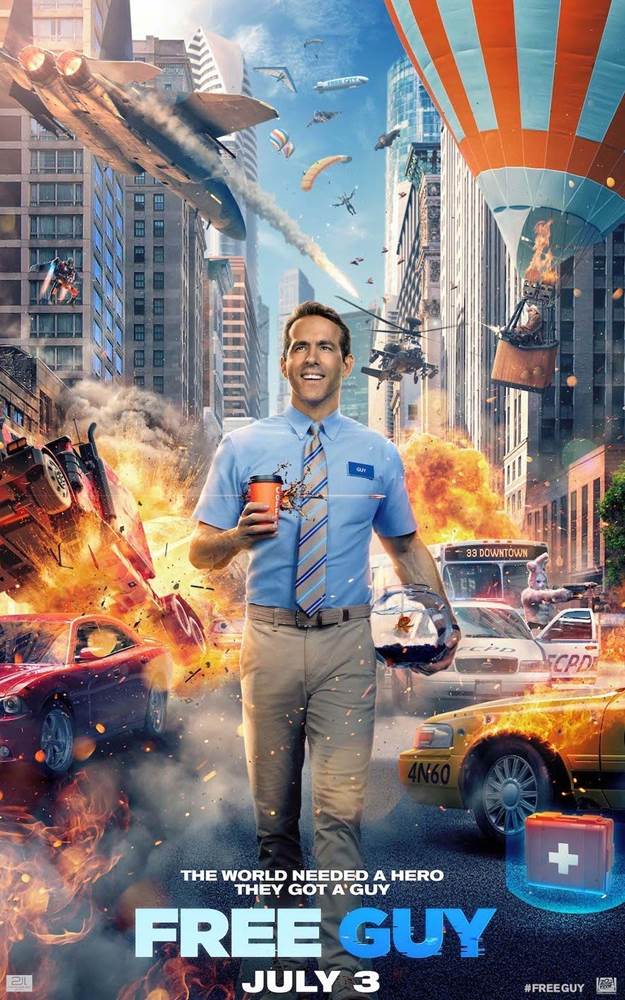 Free Guy is more than just a fun commentary on video games. 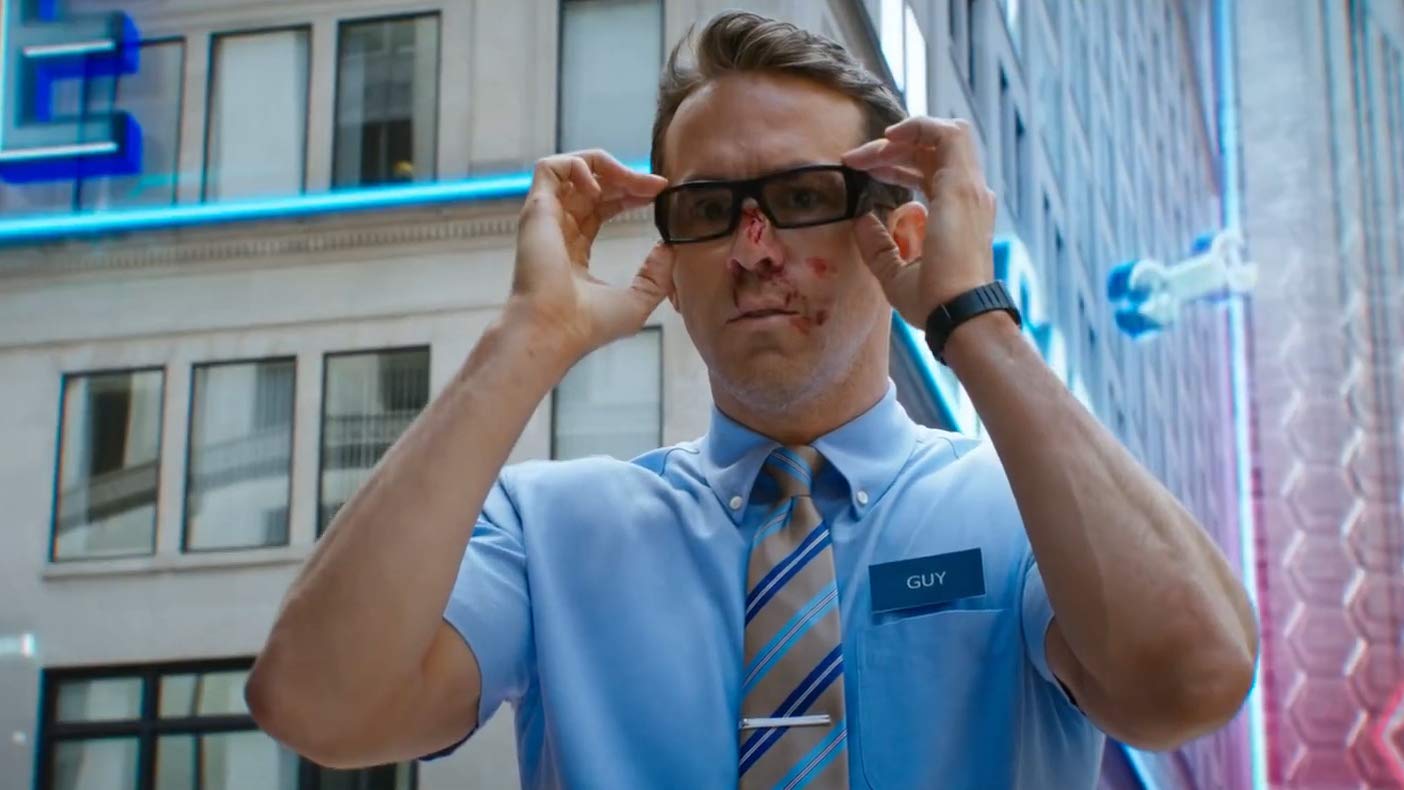 Video games have always seemed like such an enigma to place on the big screen, be it a literal exploration of the games or attempting to rip the narrative from the console and slap it on the big screen. Free Guy, however, has a firmer grasp not only on the mechanics of video games but even the philosophy behind them. Part of this brilliance is due to the strong gamer and geeky love of co-writer Zak Penn who brings both an astute and emotionally resonant script for utilizing such a medium.

Ryan Reynolds plays Guy, a non-playable character in a video game that seems to resemble Grand Theft Auto. He occupies a city of simple residents who think little of the visitors in sunglasses who fly into town for missions of racing, robbery, and violent carnage. They’ve just become a part of daily life, where the news treats crime like whether for the day. It’s a content life for Guy. Sure, the bank he works at gets robbed every day but he’s in danger. Sure, he gets the same coffee every day but it’s the best coffee ever made.

It’s only once Guy becomes infatuated with one of the sunglasses players that he becomes curious enough to pursue finding some glasses for himself. After an accident, he manages to acquire some sunglasses and can see what all the players witness. He finds that the world is teeming with points, cash, med packs, and all sorts of colorful icons. He’d be horrified to realize his whole world was a video game if he even had the slightest clue what video games happen to be.

How could such a miracle of a video game be possible? As it turns out, Guy isn’t an NPC at all. The only ones who know this is one of the game’s programmers, Walter “Keys” McKeys (Joe Keery), and his freelance partner Millie (Jodie Comer). Both had designed a game with revolutionary AI but it was bought up and shelved by an egotistical CEO played by Taika Waititi. What they didn’t count on was the CEO forcing some of that code into the game. This leads to Millie, working undercover within the game, trying to find a means of proving this theft to both save her game and maybe even the first sentient artificial intelligence.

There’s a lot of surprises within a film such as Free Guy. There’s existentialism to Guy’s journey of discovery of just who he is and the world he exists within, making him come down with a dreadful case of feeling insignificant. There’s a lot of astute gamer humor that is taken advantage of that never feels as though the film is trying too hard to be hip or out of its element. It’s also unique just how easily this picture turns into a genuine romance between programmers with an AI pretty much acting as a wingman in a fairly clever way.

The presentation is just wonderfully weird. I love how Guy’s world is one that is loaded with explosions, guns, and helicopters soaring around buildings and he treats it like everyday quirks of the city. The slapstick humor of the characters never-dying creates this oddly amusing angle to how the residents approach daily life. There’s also an extra dose of geeky special effects in a climax where we get to see a comically beefed-up Reynolds.

Free Guy is more than just a fun commentary on video games. It should be noted, however, that such a film has the guts to not only question gamer culture but also gaming corporate tactics. The fact that such a geeky gamer movie can touch upon elements of spirituality and romance without feeling like tacked-on traits is an excuse for Reynolds to occupy Grand Theft Auto.