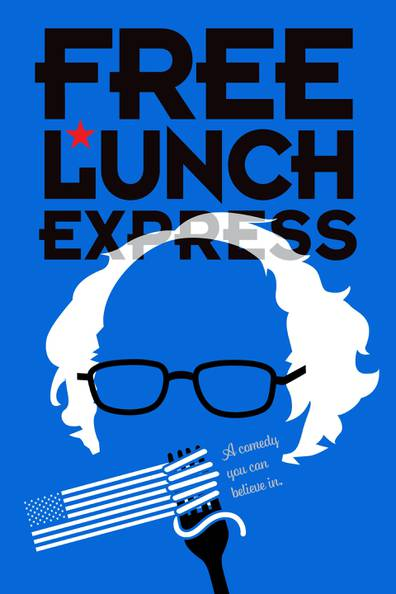 Free Lunch Express was probably made with the intent to be a political satire but it plays more like a satire of what a right-winger believes left-wing satire should be. 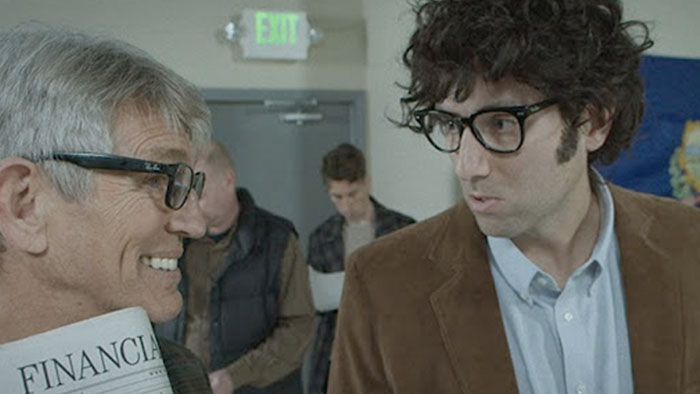 Free Lunch Express was probably made with the intent to be a political satire but it plays more like a satire of what a right-winger believes left-wing satire should be. It’s a film that wants to mock Bernie Sanders and turn his left-wing politics into a joke, mocking everything from his honeymoon in Moscow to his parents being very weird around him as an adult. None of these rumors are true and easily debunked but that type of crowd is most likely not going to watch this film. This is a movie made by and for conservatives who are willing to believe anything about Sanders so long as it's slanderous.

The film is dissected into three parts of Bernie's life; his adolescence, his young adult life, and his middle-aged political career. Every version of Bernie is meant to look the same and act the same. There’s no metamorphosis or arc to how this man became a social democrat; he was apparently just born with this irrational hatred of the rich and a need to keep America lazy. The film wants us to believe that Sanders is only pursuing the route of heavier leftism because he wants money. Not only is there very little to verify this in reality, but there’s hardly anything within this fictional world to define it as well.

Bernie Sanders exists as a joke character but not a clever joke. It’s mostly just 2-3 jokes about the man repeated for an agonizingly long period of time. It doesn’t help the three actors for Bernie (Sam Brittan, Charles Hutchins, Jonah Brittan) perform some of the worst portrayals of Bernie that revealing just how shoestring a budget this film turned out to be. After all, how could anybody top Larry David’s portrayal of Bernie on Saturday Night Live? I didn’t really like the bare-bones roasting that SNL gave the politician, but that skit show was at least trying and feels far astute than this film’s lazy exercise in political mockery.

Come to think of it, why didn’t the filmmakers just copy the SNL bit of turning Bernie’s life into episodes of Curb Your Enthusiasm? Well, the reason it doesn’t is that the filmmakers clearly just want to frame easy-to-read gags about what conservatives perceive to be the faults of Sanders. It doesn’t matter if they’re true; only if it’s funny. It probably seemed really funny on paper to watch Bernie rationalize his honeymoon in Moscow to his wife where she constantly complains about the state of the country while Bernie stumbles for the words to defend his love of non-democracy-based governments.

Even within the narrow view of this comedy that is divorced from pointed satire, the film itself is just not that funny. The only big name thrown into this picture is Malcolm McDowell as the narrator. You might be questioning why McDowell would agree to such a picture and if he really favors this form of politics. As revealed in an interview soon after the release of the film, this was just an easy paycheck for him. All he had to do was sit in a chair like a storyteller and read some garbage dialogue provided by the filmmakers for a day. McDowell is the highlight but only because he seems to be putting more effort into his role than anyone else in this production. I doubt I have to divulge how cringe-inducing it is to watch Kevin Sorbo play George Washington in this production.

Free Lunch Express isn’t funny, smart, or particularly clever in its right-wing prattlings of Bernie bashing. A good political satire can draw from the absurdities of our political system and find the biggest faults in politicians. To be clear, there are things about Bernie Sanders worth mocking, such as his inability to appease the neoliberalism state with his left-wing platform. Tapping into that comedy, however, would require far more smarts than what is on display in this picture.