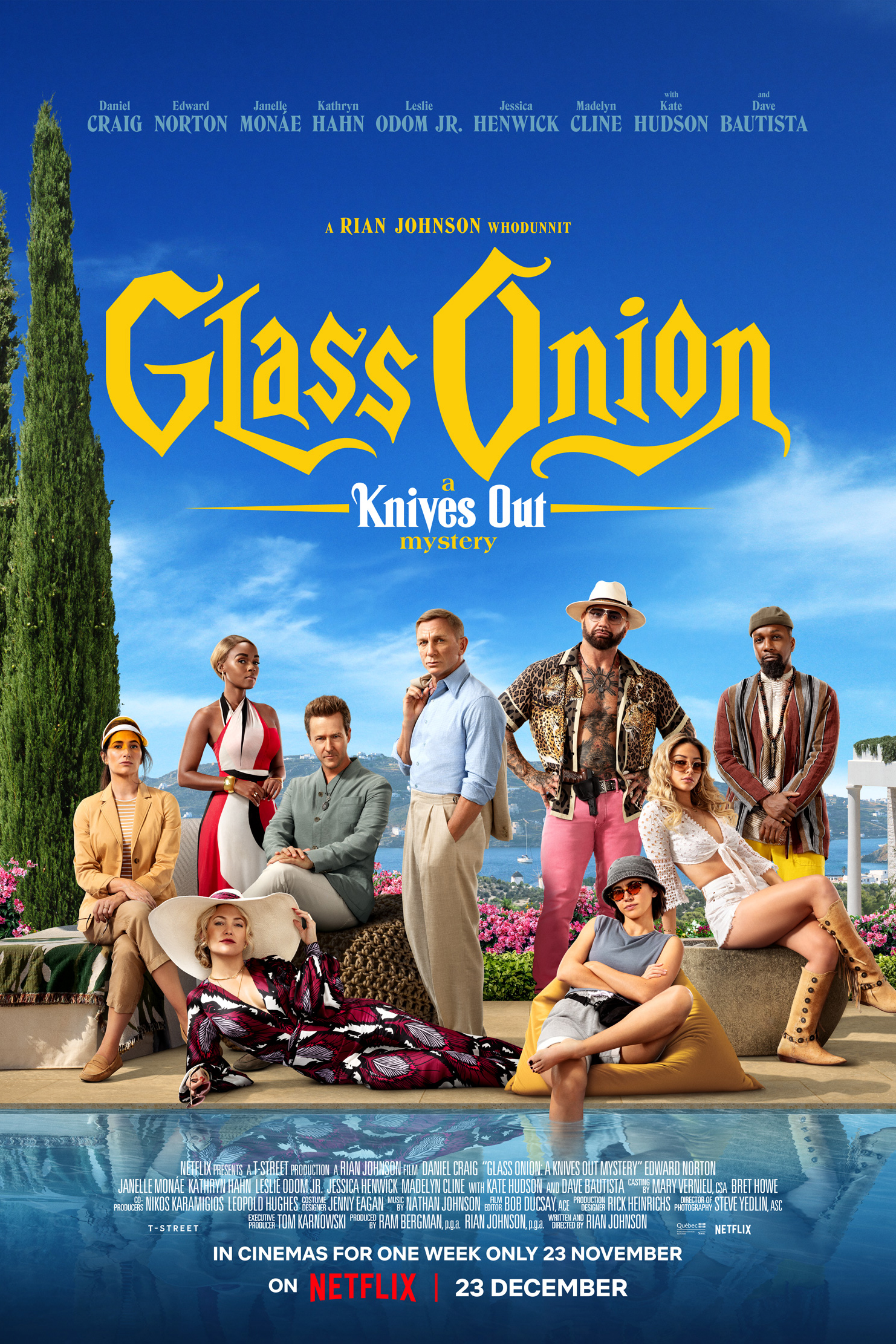 Glass Onion: A Knives Out Mystery (2022) Review By Mark McPherson 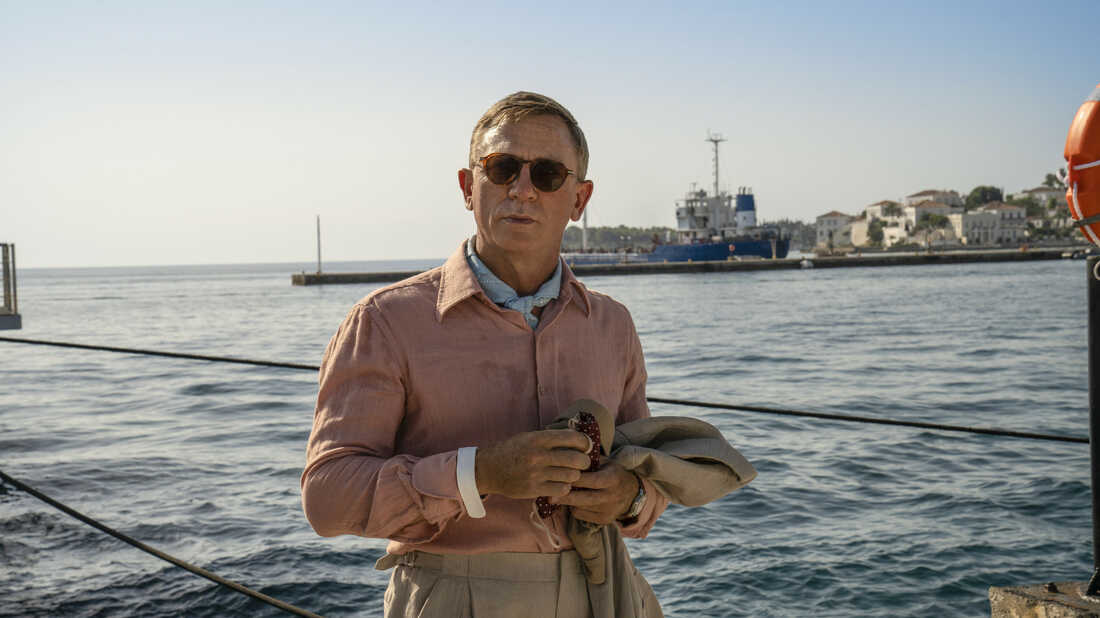 Director Rian Johnson returns with Detective Benoit Blanc for another murder mystery. Much like Knives Out, this is a robust thriller with a lot of fun with the genre and savaging its satire. The twists are clever; the suspects are snobbish elites, and the biting commentary on social media and politics. Few films are as cutthroat as Johnson’s, and this film continues all the brilliance of Blanc’s previous outing.

Taking place in 2020 for a bit of Covid-19 lockdown commentary thrown into the mix, Blanc (Daniel Craig) finds himself invited to an island by an eclectic group of power players. The group is referred to as a collective of disruptors, their fancy title for being problematic people. Claire (Kathryn Hahn) is a governor with questionable business ties. Lionel (Leslie Odom Jr.) is a scientist who has made controversial energy developments. Birdie (Kate Hudson) is a supermodel who can’t stop saying and doing racist things, blaming social media more than herself for her attitudes. Duke (Dave Bautista) is a men’s rights streamer who hocks hormone pills while spouting provocative nonsense. In addition to their assistants and lovers, they’re invited to the island of Miles (Edward Norton), a new-age billionaire who loads up his island with the most pretentious concepts and art, aiming for a playful murder-mystery party. The wild cards of this event are Blanc and the quietly aggressive Andi (Janelle Monáe).

What starts as a fun game of staging a pretend murder soon transforms into solving a real murder. There’s plenty of motive from all involved, considering what Miles knew about his friends and how much they have to gain from him. As with Knives Out, there’s a bigger twist where the murder has more to it. Blanc quickly uncovers a much bigger plot involving corporate lies and betrayal of trust. Plenty of twists abound in this narrative of twins, deception, faked deaths, puzzles, guns, poisons, and a volatile energy substance that brings the house down.

In addition to being an utterly compelling plot, Johnson’s direction is packed with style. The theme of Miles building his entire island with glass structures to replicate his love of a closed bar is brilliantly staged. It not only looks overly decadent and show-offy for a billionaire but better ties into the themes of glass houses for those who throw stones and the nature of the obvious within the mystery. It’s a colorful and vibrant location that is cleverly staged and primed for chaos. I dug Miles’s glass-themed dock that ship captains passively describe in vulgar profanities.

The humor is also as pointed as it ever was. This doesn’t just extend to Johnson’s reading of the room regarding social media grifters and cry-wolves of censorship. The murder itself is laced with absurdities so uproarious in how they develop. At one point, a murder happens more by accident. Blanc declares this development dumb. One guest remarks it’s so dumb it’s brilliant. Blanc bites back with, “No, it’s just dumb!” Naturally, the mystery itself ties into a class divide where the scheming rich get exactly what’s coming to them in a darkly amusing moment of catharsis. As a finishing touch, there are some surprise guest appearances by Hugh Grant and Ethan Hawke to be on the lookout for in the picture.

Glass Onion proves Johnson knows how to stage pointed, perplexing, and playful murder mysteries. While other modern mysteries still struggle to stage the whodunits with cleverness and awareness, here is a film that tinkers wonderfully with the genre where the bigger mystery is not who did it but, instead, how ridiculous and twisty can the path to the murder gets. Knowing and creative, this is a murder mystery with everything, including celebrity hot sauces and an iPad as a prize. You also get to see Daniel Craig smoking a cigar in the tub while playing Among Us with friends, a hilarious sight I never knew I wanted to see.