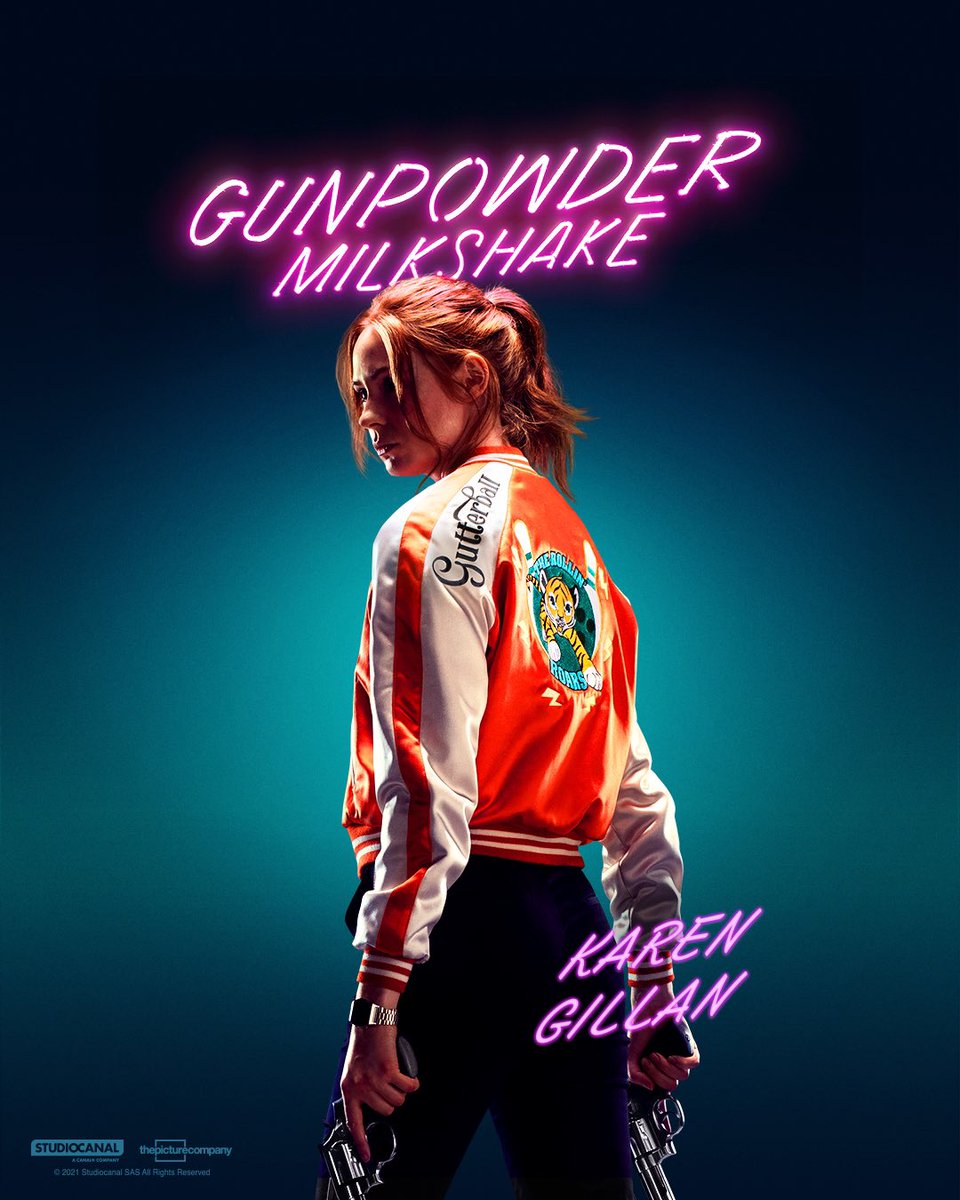 Gunpowder Milkshake is a standard and sometimes satisfying action showcase of fierce women. 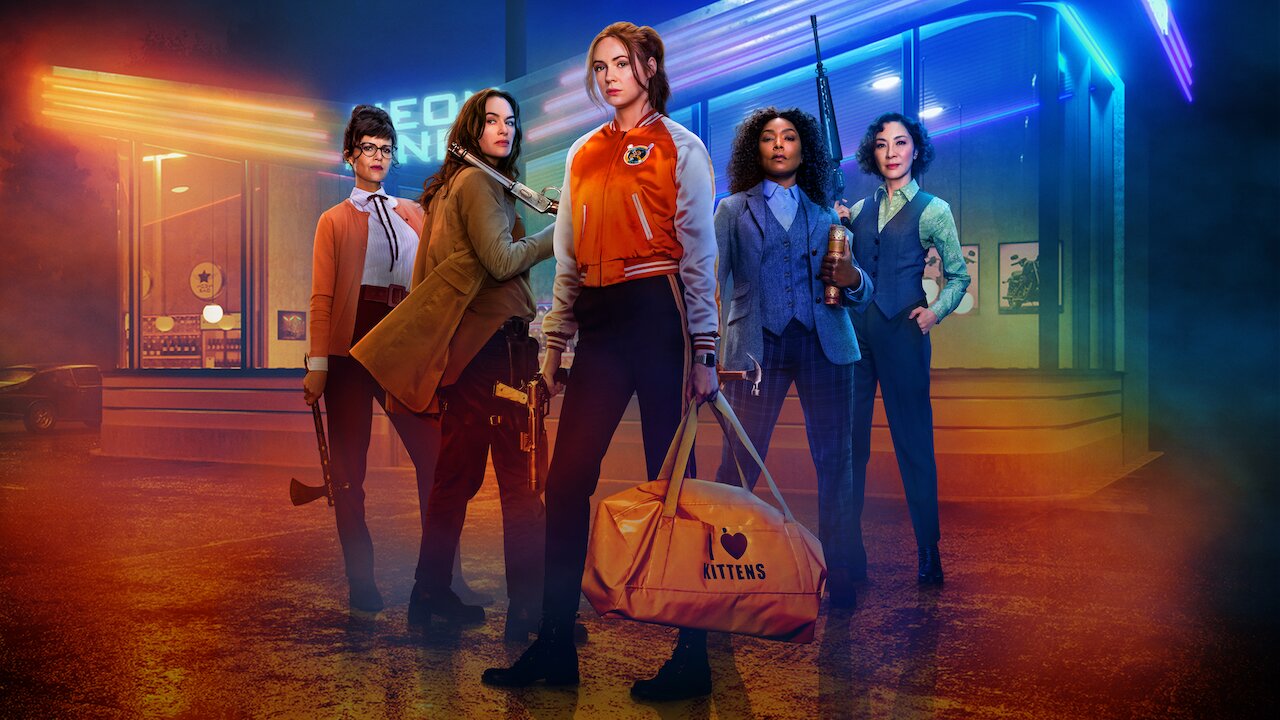 The title of Gunpowder Milkshake couldn’t be more fitting for this action romp. Milkshakes don’t really offer much healthy sustenance but they are tasty and sometimes you just want one for some confectionery comfort. And, yeah, sometimes you just want to watch some women kicking ass in a slew of violent and exciting fight scenes. This film more or less delivers on that promise but without much more substance than that as it will surely garner the tired takes of a feminist John Wick clone.

Much like John Wick, Gunpowder Milkshake takes place in a world all its own, where a diner is considered neutral ground for assassins and libraries are secret armories. Sam (Karen Gillan) has grown up getting used to this world, having dealt with her mother (Lena Headey) being a skilled assassin. Naturally, she grows up to become entrenched in this line of work, doing the violent work for the secret firm known only as The Firm. There doesn’t seem to be much else to do in this world of gangsters and killers.

Her latest mission for The Firm finds her tracking down a target that stole some money. Sam shoots first and asks questions later, a motivation that bites her back. When she shoots her target, she discovers that the man who stole the money has a daughter, Emily (Chloe Coleman), being held by masked goons. Realizing the error of her ways, Sam takes in the eight-year-old girl after killing the amateur hostage-takers and sets her sights on The Firm.

Sam’s war on the endless slew of assassins sent her way is aided by a library of arms dealers, played with exceptional grit by the likes of Carla Gugino, Michelle Yeoh, and Angela Bassett all appearing as veteran assassins. There’s something to be said of such a cast where we get to watch in delight as Carla wields a machine gun in deceiving librarian attire, Michelle strangles people with chains, and Angela uses hammers in the most creative way since The Raid 2. They don’t have much of a backstory for the alignment of the sisterhood of assassins but, wow, do they look like they are defending their territory.

The script for Gunpowder Milkshake is simplistic enough that it starts falling into the pattern of familiar set pieces. A car chase breaks out where there will be much smashing and gunfire amid a parking ramp. A fight in a secretive doctor’s office for criminals finds Sam wobbling around after being injected with drugs. Even the big shootout at the library comes branded with the standard mini-boss of a big bearded bad guy while the more cackling antagonist weaves about the carnage.

The Firm itself is pretty much a stand-in for patriarchy, given that the organization is made up entirely of men and organized by such older dudes played by Ralph Ineson and Paul Giamatti. As if this needed to be blunter, Ineson’s monologue features him talking about how he’s more pissed off that his son was killed and not one of his many daughters who he does not understand. His talk is also interesting because he mentions he enjoyed having one daughter but that he was tired of the gender differences by the time he had his fourth girl. If the film says nothing all that substantial, this scene is at least interesting in trying to find a bit of reasoning for how such toxic aspects of patriarchy come to fester. It’s an angle only explored for as long as the conversation happens and is immediately followed up with a slow-motion diner shootout.

Gunpowder Milkshake is a standard and sometimes satisfying action showcase of fierce women. Not all of it works, especially the dubious choice in the soundtrack and how the kid Sam adopts is treated more or less like a prop for her own mother-daughter issues. The dialogue, excluding a monologue here and there, is pretty forgettable and doesn’t pack much of a punch. It’s also best not to question much of the morality in Sam’s journey for forgiveness which stumbles throughout the picture. On a purely technical level, however, there are some stylish fights that make for a pleasing distraction. If a film such as this doesn’t say much, it certainly keeps its gears moving with blood and bullets to avoid being a tedious thriller.