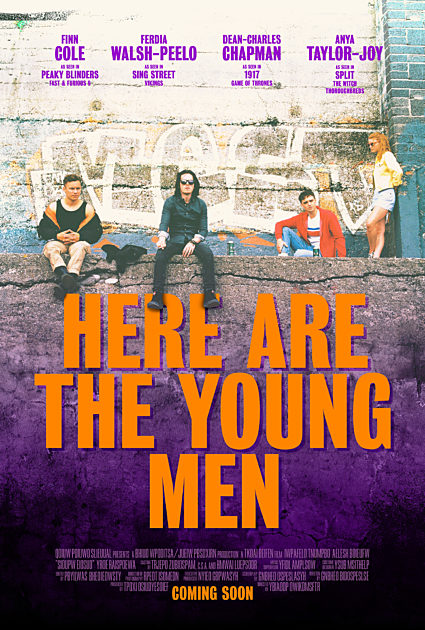 Here Are The Young Men takes a scattershot aim at ambivalent rebellion while questioning machismo.

Here Are The Young Men (2020) Review By Mark McPherson 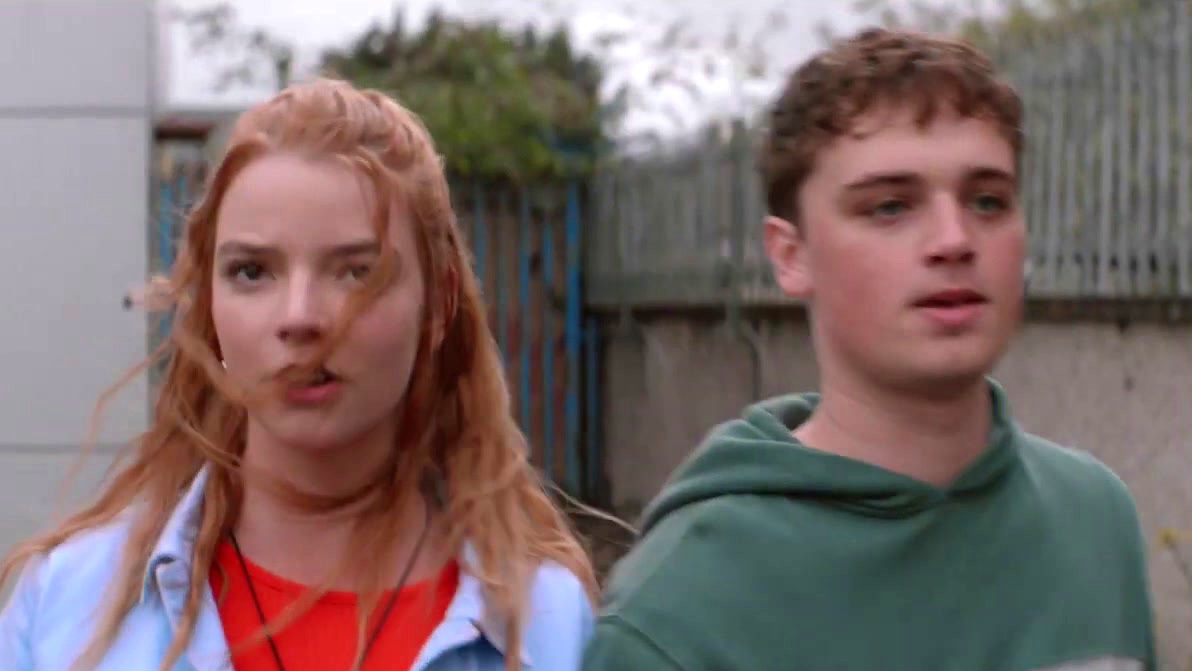 Here Are The Young Men is a film about toxic masculinity but presented in a way to be more concerning from the perspective of impressionable young men than the outsider observations on such cruel behavior. Such behavior is often easy enough to recognize and many efforts have been undertaken to recognize it and call it out. Quelling the birth of such behavior is a tougher topic to focus on. This film doesn’t quite reach that emotional center of what makes men resort to such inexcusable actions but it comes pretty close with a highly ambitious effort to make some sense of it all.

The film follows the recent high school graduates of Matthew (Dean-Charles Chapman), Rez (Ferdia Walsh-Peelo), and Kearney (Finn Cole). They aren’t sure where to go next in their lives entirely and thus resort to just living up their youth. This includes everything from getting high at parties to trashing their high school classroom as burning of that bridge. They don’t care if they’re disappointing the adults around them, be it their bitter parents or weary teachers.

One event that does shake them a bit is the unexpected death of a child they witness on the street. In the blink of an eye, they watch as a little girl zooms past them and right into traffic, being struck and killed by a car. Matthew happens to be the most shaken by the event. It makes him think a little bit more about life and death as the ghost of the girl continues to haunt his dreams and hallucinations like a specter, reminding him of how fleeting life can be. A glimmer of hope comes into Matthew’s life when he starts to form a romantic bond with Jen (Anya Taylor-Joy). Cautious about such a relationship, Matthew treads lightly as he continues to dabble in drugs for the ultimate high.

While Rez becomes more lost in a nothing-matters lifestyle, Kearney takes off for the United States. His journey is exaggerated in the style of a TV game show, posed as him trying to please an audience with his displays of manly traits. And what does society value most in men? A sense of dominance, be it violent or sexual. Embracing this idea of what it means to be a man, Kearney constantly calls Matthew to tell him about the Disneyland that is America.

Kearney later returns with all of his knowledge about what is celebrated and should be applied to being a man. He relays this information to Matthew and tries to enact such actions at a party where he makes a move on a drunk and passed-out Jen. It’s a scene where Kearney doesn’t understand his hideous nature and Matthew makes no attempt to stop such an event, wallowing in his own depressive stupor. Thankfully, Jen is not raped but it does place a grotesque observation on the philosophies of Matthew and Kearney. Matthew realizes that Kearney is wrong but what can he do? Kearney has also murdered somebody and got away with it. What more can Matthew do?

The film is shot in a visually intoxicating manner of a neon haze to frame youth as more of a blur of pains and pleasures. Matthew doesn’t so much recognize his wrongdoings so much as he just floats aimlessly in a world where he feels he has little control over. While the film does meander here and there, as well as presenting some questionable messaging in its staging, it is a film that is absolutely explicit in condemning culture. This theme is hammered home overtly by all TV shows and advertisements appearing like exaggerated satire straight out of a Paul Verhoven film.

Here Are The Young Men takes a scattershot aim at ambivalent rebellion while questioning machismo. However, you’ll really have to squint through its trippy stagings and listen closely through its loud house music to find some sense of purpose. There are some big goals for such a film that are admirable in their assertions even if the execution is a messy melange of the dreamlike wildness of youth and the society that dumps on them.