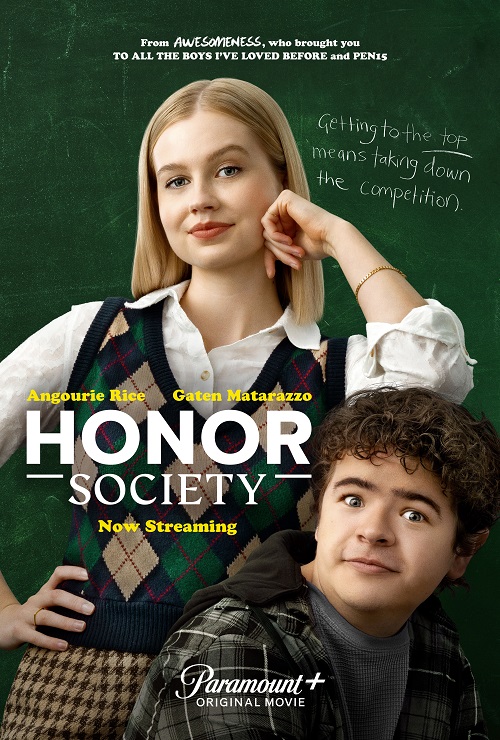 Honor Society has more than a few surprises in its wry teen comedy to stick out from the crowded room of coming-of-age romances. 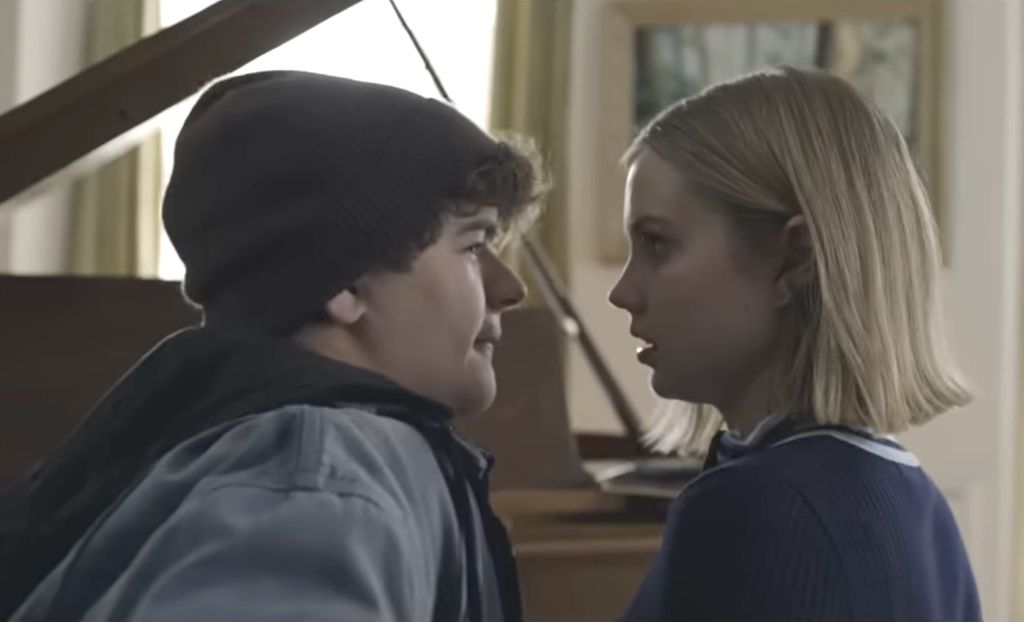 Honor Society could easily be thought of as a modern-day merging of Ferris Bueler’s Day Off meets Mean Girls. It fuses together the fourth-wall-breaking character trait of our central character alongside the politics of education. While such a formula could have failed, it’s surprising just how much of it works in a story all about ambition and love, handled with surprising intelligence that doesn’t feel as present in teenage dramedies.

It helps that the film has a strong lead. Angourie Rice plays Honor Rose, an A-list student who has figured out all the cheat codes for getting into the best college. She aces all her tests and lords her intelligence over the other teachers, treating them more like obstacles than mentors. She’s smart enough to not only zoom through high school but realizes there’s competition for college as well. With school having been an easy challenge to conquer, Honor sets her sights on targeting the competition. She finds the smartest teens in school who have a shot at getting into Harvard and tries to ensure they won’t by outsmarting and distracting them.

Her scheme is to essentially infiltrate all of the competition’s extracurricular activities and find ways to either upstage or sabotage them. This includes joining the theater kids troupe to rework the play of Mary of England. She also set her sights on befriending the awkward geek Michael (Gaten Matarazzo). She tries to get into his comfort zone by flirting over Doctor Who but he ends up surprising her over his interest in The Handmaid’s Tale. You might be able to see where this is going. What starts as a manipulative scheme soon turns into true love. But maybe Honor is the one being played.

Loaded with a wry and knowing humor, Honor Society is somewhat refreshing in how it stages its teen drama and romance. There’s still that uniquely progressive tone for a film that features subplots about love triangles of same-sex couples and the admittance of parents being cool with their kids being gay. All that is par for this course but also kinda funny in how one demanding parent not only gives the standard “I always knew you were gay” line but also insults the other students who couldn’t figure it out. While some of these supporting characters mostly fall into melodrama moments, the romance between Honor and Michael has a strong build and we get to spend a lot of time with their developing relationship. Every moment between them not only feels charming but calculative as well.

What also helps sell the smarts of the teenagers is how they have an inept educator to topple. The one who holds all the cards for Harvard is the guidance counselor, Mr. Calvin (Christopher Mintz-Plasse). Calvin is one of those uneasy teachers who can feel their youth fading, trying to broaden into being a musician while also flirting with underage girls. He’s slimy but in the “How do you do, fellow kids” type of way. Perhaps it’s because Mintz-Plasse is closely recognized as the dorky teen McLovin from Superbad. This makes the actor perfectly suited to be the guy who likes to think of himself as perpetually young and is a slimeball you can’t wait to see being taken down a peg by teenagers too smart to be forced into sleeping with him for a recommendation.

Honor Society has more than a few surprises in its wry teen comedy to stick out from the crowded room of coming-of-age romances. In addition to a handful of twists and solid moments of drama, there are also clever choices for the theatrical play that turns into a gender-swapped musical that is so good it seems like it should be its own movie. Even when the film meanders with some plot elements that feel obligatory, it’s still a real treat to have a film that is hopeful for the next generation that will be ambitious enough to outsmart the adults and find what truly makes them happy rather than just rising to the top.