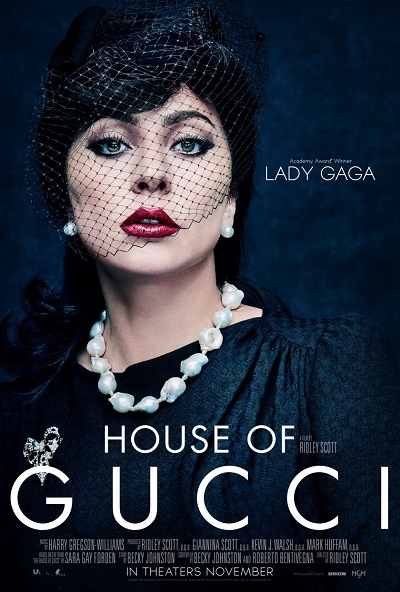 House of Gucci is a good film that feels as though the director’s cut would be better. 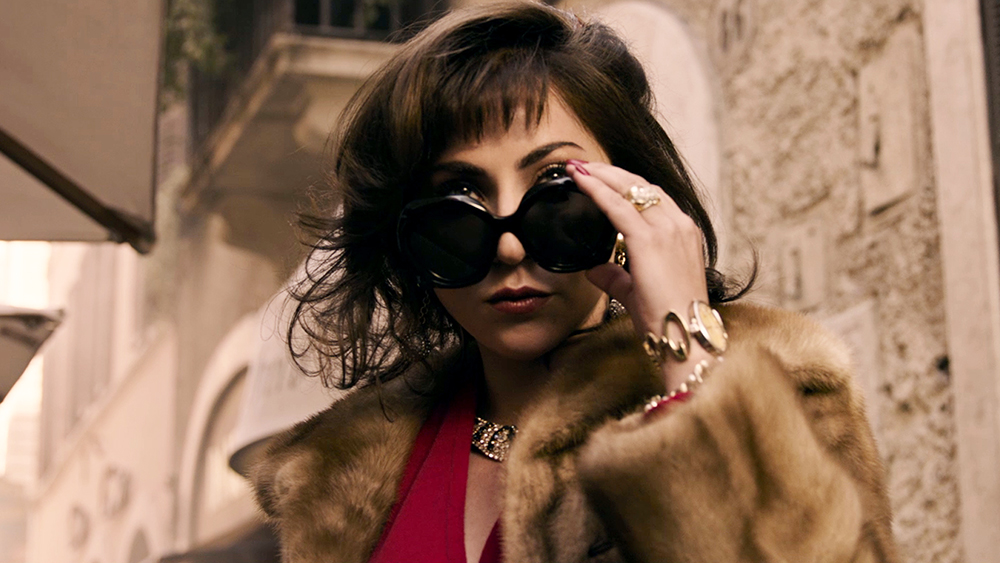 Ridley Scott’s take of the troubled and sordid history of Gucci has a lot of ambition. There’s a lot of ground covered, a lot of characters explored, and a rather complex affair of business deals and family squabbles. Even with over two hours to explore all of it, this film struggles to keep it all together. The few times that it holds firm and lets the actors work their magic, it turns into a decadent drama worth exploring and a great showcase of fine actors.

Adam Driver plays Maurizio Gucci, a shy yet adorable man trying not to stick out too much from the crowd of the high society he occupies. He’s far different from the eccentric Patrizia Reggiani (Lady Gaga), working for her dad’s small trucking company and seeking a means of finding more in her life. When she meets Maurizio at a party, she finds himself infatuated with such a man, despite his reluctance to dance. As she gets to know him, she finds a man who is hoping to distance himself from his father Rodolfo Gucci (Jeremy Irons), an aged actor whose moment in the spotlight has dwindled with time. Hoping to keep his legacy affluent, Rodolfo naturally opposes the marriage prospect of Maurizio and Patrizia, as if that would stop Maurizio.

There are other members of the Gucci family who are more inclined to celebrate such romance which turns out to be quite steamy behind closed doors. Aldo Gucci (Al Pacino), the wealthy fashion mogul of New York City, invites them into his business and family with open arms. It isn’t long before the married couple finds themselves living the high life of fashion shows, fancy penthouses, and a big role in the family business. Patrizia, in particular, takes great interest and becomes even more frustrated with knock-off Gucci material than anyone else in the family. Long story short, some family feuding occurs and the business takes a dark turn, to the point where not a single Gucci can be associated with the brand.

The film breezes by so many scenes too quickly with the passage of time that a lot of scenes that could’ve been great merely come off only as good. It’s a maddening construction that characters spend so much time talking about their business and affairs that we rarely get a moment that feels natural for setting the right mood. It’s one of those films where something as charming as Adam Driver playing soccer for a bit before making out with Lady Gaga has to come with a 1970s soundtrack, just to remind you which era this scene is taking place.

One of the most questionable characters is that of Jared Leto’s take on Paolo Gucci, by far the most eccentric and pathetic of characters in the film. He stumbles and bumbles about as he tries to convince Aldo and Rodolfo to embrace his fashion designs for the business. When they refuse, he fires back with such odd rantings, comparing the deception of his family to the confusion of chocolate and feces. He’s a bit of a funny character but one has to question just how far Leto is taking this role, trying to steal just about any scene he occupies with both his cackling boasts and his loud suits.

This is certainly a gorgeous film to look at. The fashion world feels present and intoxicating considering just how good some of these actors look in certain settings. A highlight, though definitely the tensest of sequences, occurs at a ski resort. It’s here where Patrizia and Maurizio make their bitter breakup most vocal but it’s also where Driver looks good in a knit sweater and glasses while Gaga is divine in a furry coat. Thankfully, the film doesn’t go too bold in most scenes and portrays the world of Gucci with the darkness and decay it is meant to evoke from an empire crumbling from the inside.

House of Gucci is a good film that feels as though the director’s cut would be better. Ridley Scott is no stranger to making his films extra-long and having a lot on the cutting room floor. I sure hope that’s the case with House of Gucci considering it’s a story that starts in the 1970s and ends in the 1990s. The cast is strong enough to carry this film but even they feel trapped in their decadent settings to ever break out in a fantastic scene. Like a fancy dress, this film is gorgeous to adore for its assembly but makes you question just how much wear you’ll really get out of it.