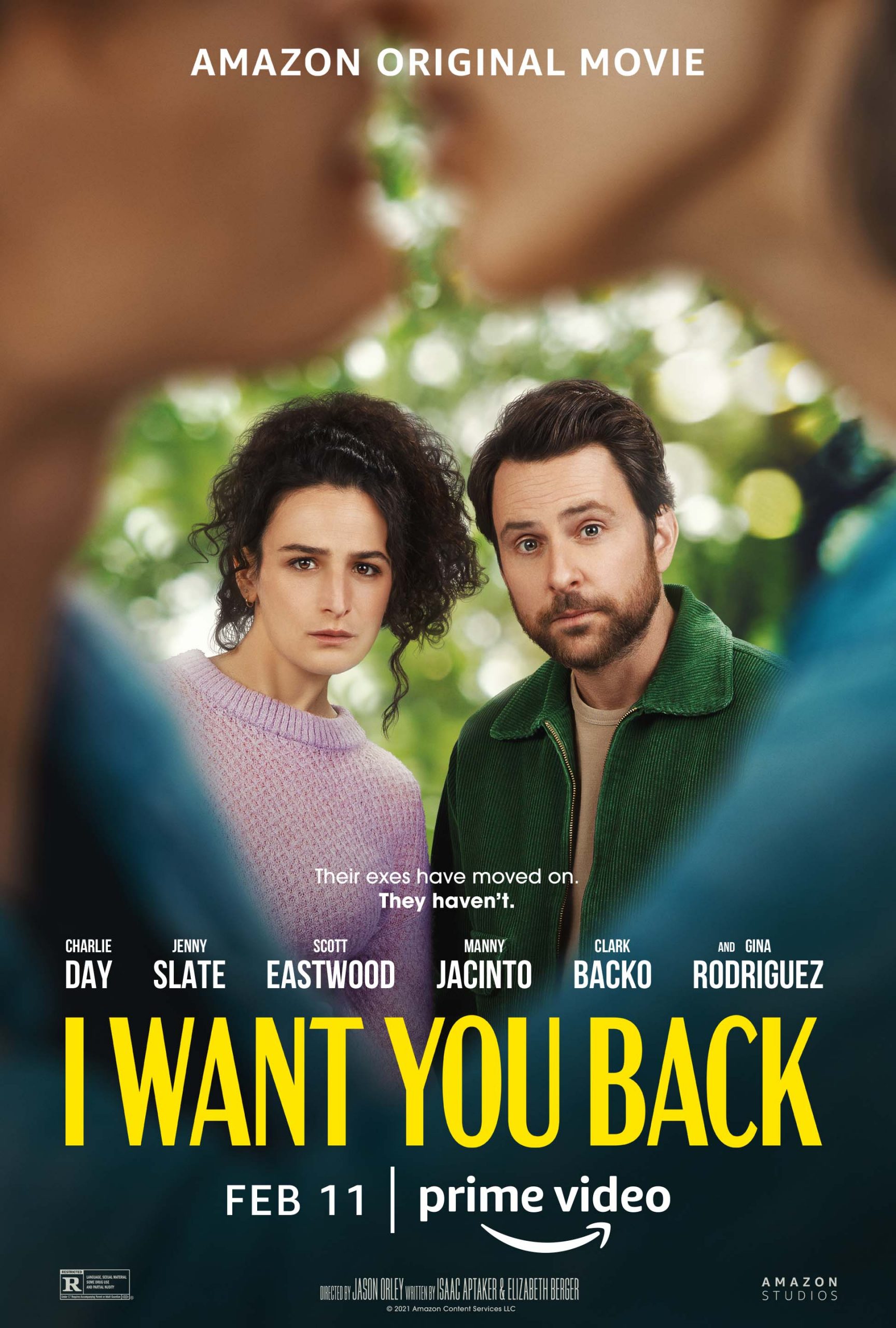 I Want You Back is full of comedic antics but also a lot of character.

I Want You Back (2022) Review By Mark McPherson 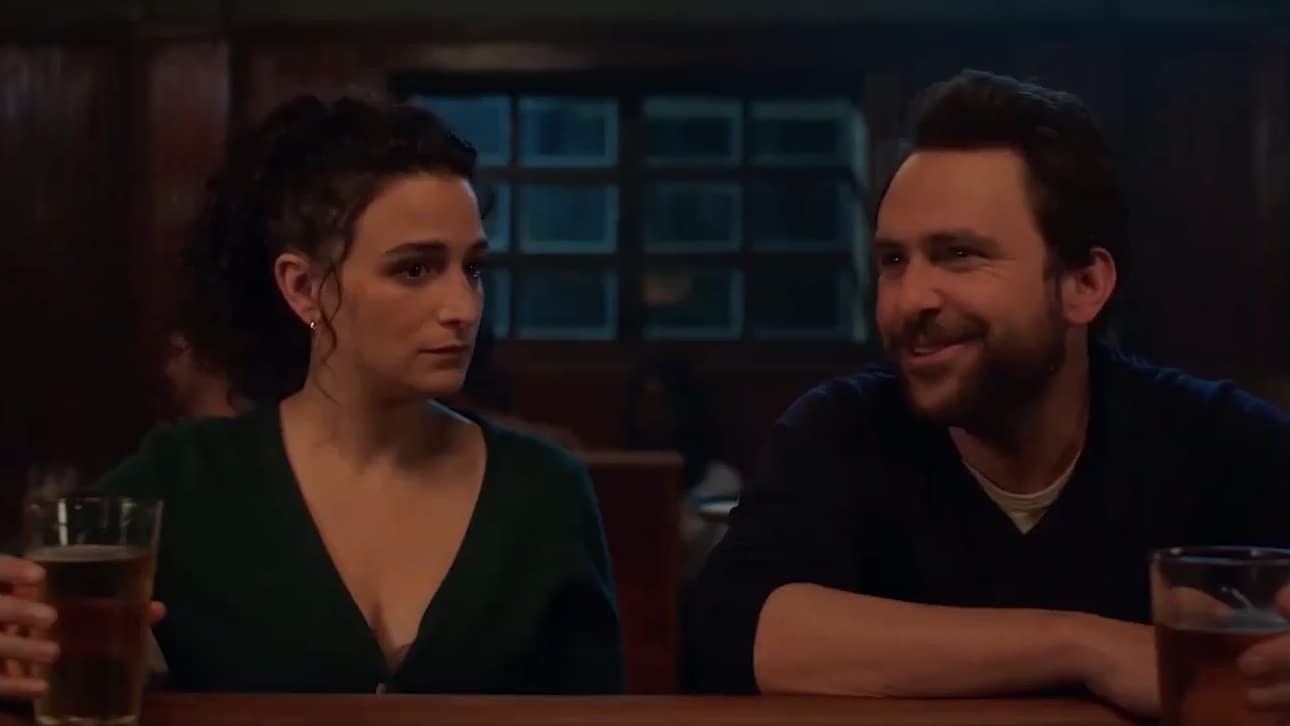 Jason Orley’s I Want You Back seems like a romantic comedy that could spin out of control fast and lose sight of its message. It’s a picture about two recently dumped singles who scheme ways to push their exes back to them with a calculated plan to weasel into different lives. You can practically see the mapping out of this tangled web and almost make predictions about where it will go awry and veer off into more absurdity than character. But that doesn’t seem to be the case, making for a surprising picture that showcases some great charm.

Emma (Jenny Slate) is a woman who lives with college kids and struggles to maintain a relationship with her gym-obsessed boyfriend, Noah (Scott Eastwood). Peter (Charlie Day) is an eccentric guy who can’t quite impress his girlfriend, Anne (Gina Rodriguez). The film begins with their breakups and both Emma and Peter crumble into a sobbing, drunk mess at these breakups. They can’t let go of the feelings and want a way back to the way things used to be. Amid their crying, they connect with each other, get some drinks, and sing some karaoke. They also form their plan to get back with their previous lives with their friendship scheme.

Of course, we can see where this is going. They connect so well that they seem bound to end up together. So the film has some heavy lifting to do with making sure that romantic realization doesn’t come easily. Thankfully, most of the film focuses on the friendships that form and the quirks that come with it. Peter and Noah have great chemistry of Peter being quite intimidated by Noah who is a trainer at a gym. The initial scene between them where Noah wants Peter to take his shirt off for a before photo prior to his workout routine is perfectly awkward, where Noah offering to take his shirt off wouldn’t help the situation.

Emma tries to get into life of Anne by making friends with her new boyfriend, Logan (Manny Jacinto). Logan is a school play director and his latest production is a rather astounding adaptation of Little Shop of Horrors. I especially dug the scene where Emma has to fill in for one of the roles and delivers quite the performance. There’s just something so adorable about these many sequences which feel both odd and believable with a cute charm coursing through its absurdity. Emma’s relationship with both Logan and Anne takes an interesting turn as well when an awkward threesome has both Emma and Anne questioning their sexuality and comfort in the bedroom. It’s funny but also surprisingly emotional with some refreshing honesty.

Slate and Day are no strangers to comedy and they’re in top form here. There are plenty of scenes for them to fly off the handle and go heavier with manic banter but they never go that far over the top. They always felt like characters who were as relatable as they were amusing. Consider the karaoke sequence, a perfect opportunity for both to let their voices screech and crack for the sake of a laugh. They sing awkwardly but never to a degree that veers into cartoonish. This is very much the case for nearly every scene, including perhaps the most cringe-inducing moment where Peter jumps into a hot tub during a wild night of partying. I fully expected him to injure himself after taking molly and going for a big jump. To the shock of both Peter and the audience, he doesn’t hurt himself, considering he needs to be able to dash out when realizing the age of the girls he was hanging out with and needs to dash out before daddy gets home.

I Want You Back is full of comedic antics but also a lot of character. The ultimate resolve involves some heartbreak but also a bittersweet release of feeling more free and content with yourself. I really enjoyed the chemistry between Slate and Day that never pushes them too hard into becoming a couple, valuing their friendship more than anything else. It’s rare to see a romantic comedy find more comfort in such staging instead of just getting the obligatory kiss as the credits roll. The final scene of this picture feels more satisfying with its grander contemplation rather than a physical shove of intimacy.