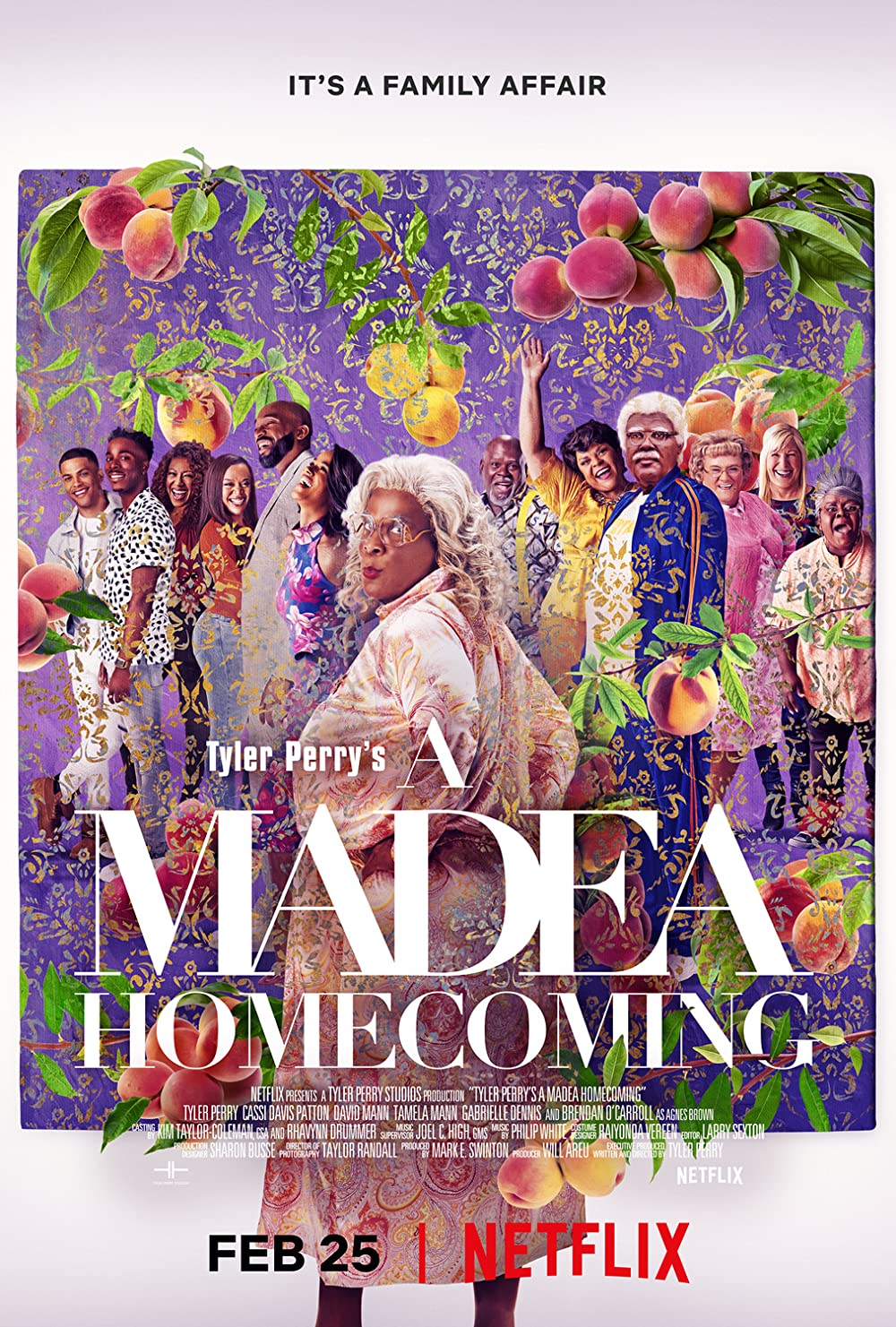 If you’re not already a Madea fan, there’s nothing in Tyler Perry’s A Madea Homecoming to make you change your mind. 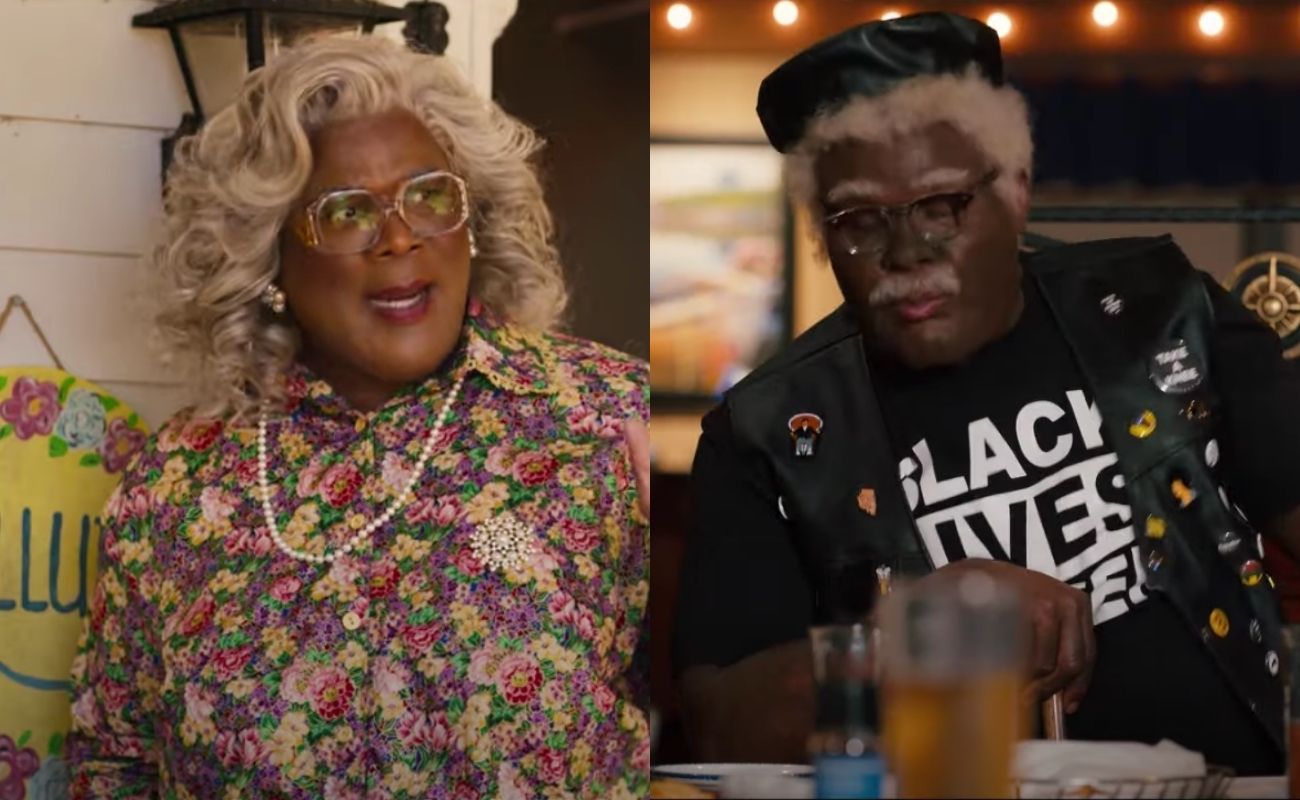 I’m rather surprised that this picture wasn’t just titled that Madea and Mrs. Brown crossover movie. Perhaps it’s because the American audiences and maybe even Tyler Perry’s Madea fans won’t be familiar with the British comedy character. Really, though, that’s perhaps the most memorable thing about this Madea comedy that treads down familiar yet awkward grounds, always feeling more uncomfortable with the low-hanging fruit of gags and the misfiring attempts at pop culture commentary.

On the surface, this pairing seems like a decent clashing of cultures. Both Madea and Mrs. Brown are drag characters with over-the-top attitudes and crude humor. You immediately know some sparks are going to fly when the elder Brown knocks on the door of Madea’s place and answers with her arms crossed spouting “Wakanda forever.” That’s an okay throwaway joke but then watch how long and drawn out a miscommunication about the word knickers go on for. I’ve seen this gag played before and this may be the longest I’ve ever seen it extended, to the point where there should be a moratorium on that easy joke.

The central plot involves a family gathering after Madea’s great-grandson Tim graduates from college, which brings up all sorts of questions about how old Madea really is. However, her great-grandson has some secrets that ultimately lead to Mrs. Brown joining the festive homecoming. Tim is struggling to deal with his best friend wanting to marry a family relation. Also, present on Tim’s mind is trying to find the right way to come out to the family to say that he’s gay. It’s perhaps not all that shocking that when he does announce this reveal, there’s a shrug among the family. Madea, ever the dominator of the conversation, says it’s no big deal and that everybody knows. It’s an oddly progressive moment but perhaps approaches the topic in a more nonchalant way than one would expect. It seems unique in step with Madea’s Christian promotion but it also feels like an easy slide for the character being very much of the time.

That being said, there are some incredibly awkward moments when Black Lives Matter enters the conversation. There’s a minor subplot about Madea’s brother Joe being big into the Black Lives Matter movement and defunding the police but only as a means of feeling powerful amid Mrs. Brown’s low-key racist faux pas. Black Lives Matter as an actual movement is not fully discussed and nearly everybody in Madea’s family exists as a counter to Joe’s criminal justice crusade, arguing that black people shouldn’t be wanting to defund the police because the police protect them. This debate is mercifully halted by Madea who effortlessly proves that Joe isn’t serious about the movement. Then again, neither is this movie.

We get the usual tropes of the Madea movie outside of these uncomfortable scenes. There’s talk of loyalty and family, romance and affairs, graduations and marriages, all peppered with Madea’s squabbling. We get a few moments of lackluster humor that fall short, especially the elaborate opening bit about Leeroy setting himself completely on fire while barbequing and Madea being more concerned about her greenery than anything else. Don’t worry about Leeroy. He will appear in the next scene without a tinge of charred flesh, further emphasizing how much of a cartoony world Madea exists within.

If you’re not already a Madea fan, there’s nothing in Tyler Perry’s A Madea Homecoming to make you change your mind. Considering how passively Madea’s world relates to our own, especially when she brings up topical issues with all the grace of your behind-the-times uncle, it’s just not a fun or even compelling movie. I was never a fan of either the character or even Mrs. Brown and the combo of the two still does little to evoke laughs. The Flintstones Meets The Jetsons this is not.