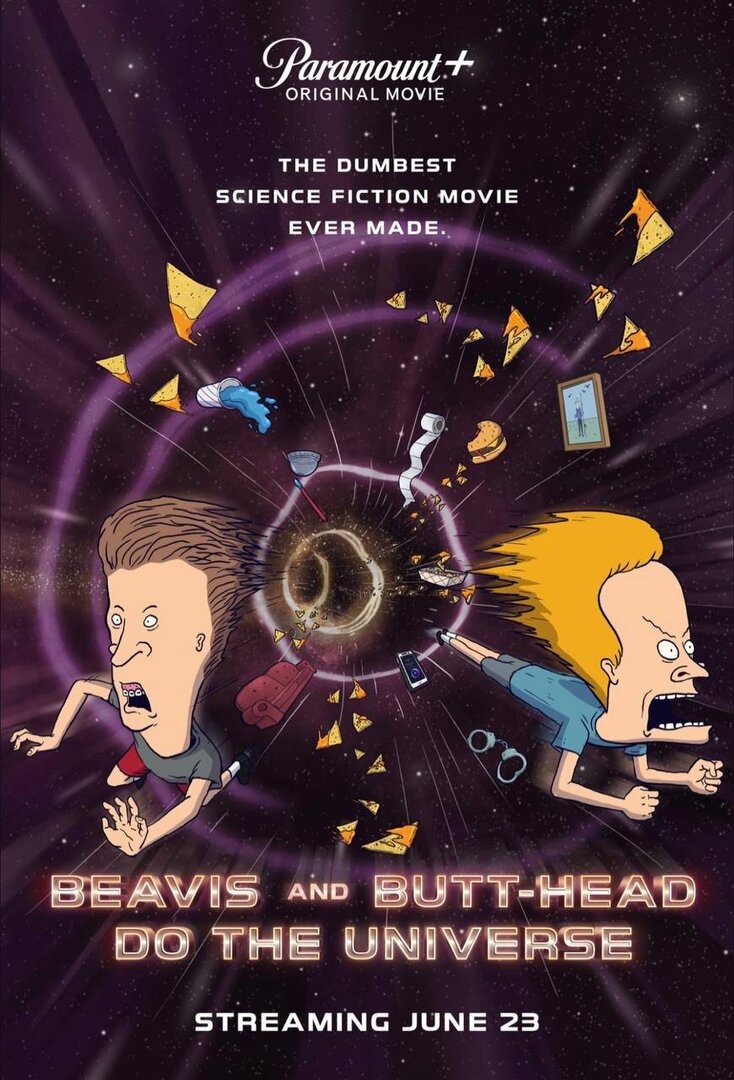 If you’re willing to embrace the absurdity, Beavis and Butthead Do The Universe is another comical reminder of why this dunce of a duo works so well. 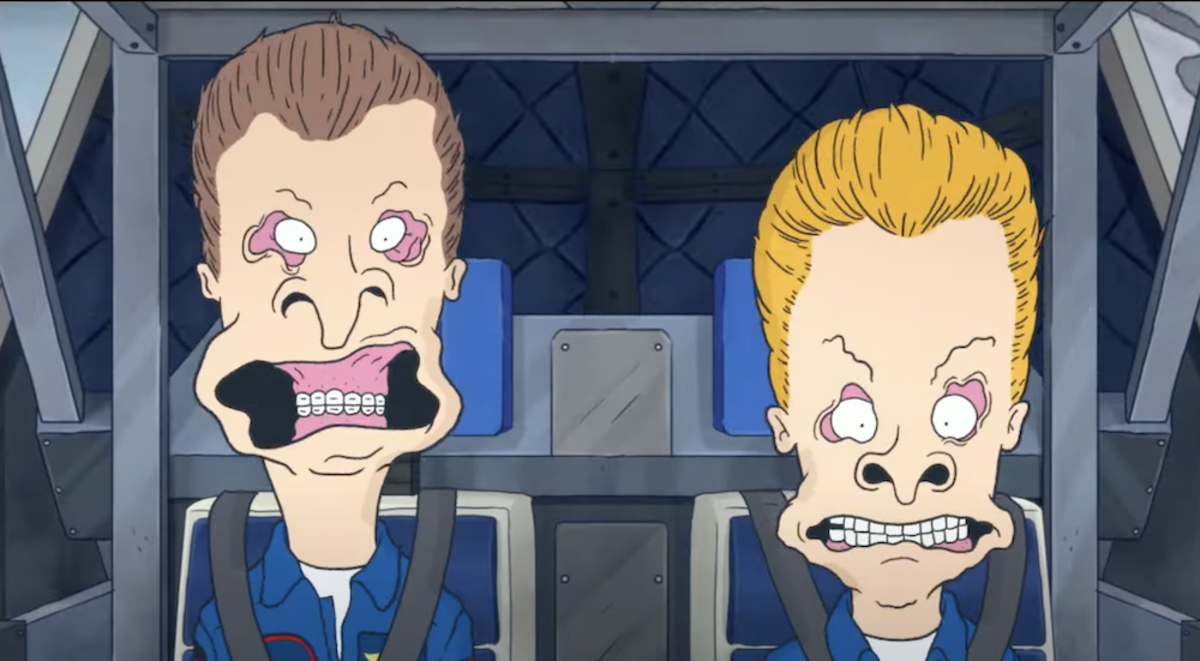 Despite being pop culture icons of the 1990s, Beavis & Butthead have a timeless formula to their antics. The two titular teenagers are the snickering and troublemaking youth that exaggerates a generation who desires little more than MTV, nachos, and maybe a chance at sex. They’re both stupid but the fun of their stupidity comes less from their simplemindedness and more from how the rest of the world reacts to them. This is what their first movie, Beavis & Butthead Do America, is such a funny film with the boys being mistaken as both hired assassins and mastermind terrorists.

Beavis & Butthead Do The Universe continues this same comedic assembly but with a sci-fi twist of time travel and multiverses. The premise starts in the late 1990s when Beavis and Butthead (both voiced by creator Mike Judge once again) are mistaken after their destruction of a science fair to be destined astronauts. A misunderstanding of both science and sex ends up with them being placed on a mission with NASA. Of course, their rowdiness gets a space station destroyed. Astronaut Serena Ryan (Andrea Savage) makes the call to chuck the boys out into space when their oxygen runs low.

But luck always seems to be on the side of Beavis & Butthead. They are soon sucked into a black hole that transports them to 2022 Texas. This makes for some surprisingly hilarious fish-out-of-water humor as the two try to understand everything from smartphones to white privilege. While they roam around, higher powers seek them out. Serena is now the Texas governor who fears her political career would be ruined if those two boys say she murdered them years ago. The Pentagon takes note of the strange anomaly that Beavis & Butthead traveled through and believes them to be aliens, with the pursuing Agent Mattison (Gary Cole) quite intrigued to dissect them (akin to the previous movie’s federal agent who had an unhealthy obsession with cavity searches).

Finally, there’s the funniest concerned party of Beavis & Butthead from another universe where they are far smarter. The highly intelligent Beavis & Butthead warn of a dimensional incursion if the two teens from the 1990s don’t return to their own time. These variants of the characters were so hilarious for being better aware of their situation, having a larger vocabulary, and yet still carrying the same comical voices. Something about hearing Beavis say “Yes, most droll” and Butthead’s admittance “Quite satirical” was just so absurd.

The film falls back on a lot of Beavis & Butthead hallmarks. The two still consider “scoring” their number one goal and part of their progression relies on the rest of the world misinterpreting what they mean when they say “do it.” The boys still delight in the small pleasures of kicking each other in the genitals and indulging in nachos, especially since it’s the only thing they order when they stumble onto someone's pay app on their smartphone. At some point, Beavis will consume enough stimulants to adopt his rampaging personality of Cornholio, once more demanding “TP for his bunghole.” You’ve also got to suspend quite a bit of disbelief for trying to get the boys on a space shuttle and how they manage to get out of jail thanks to the warden being far too inspired by Touched By An Angel.

If you’re willing to embrace the absurdity, Beavis and Butthead Do The Universe is another comical reminder of why this dunce of a duo works so well. Their ridiculousness remains just as absurd as it ever was while also giving just a wee bit more character development. The way that Beavis connects with a smartphone’s Siri system is both comical for the misunderstanding of who he is talking to and emotional for how Beavis finds himself opening up about his relationship with Butthead. Armed with another epic music score by John Frizzell and immaculate animation that remains as detailed as it is ugly, Beavis & Butthead still haven’t lost their simplistic charm.