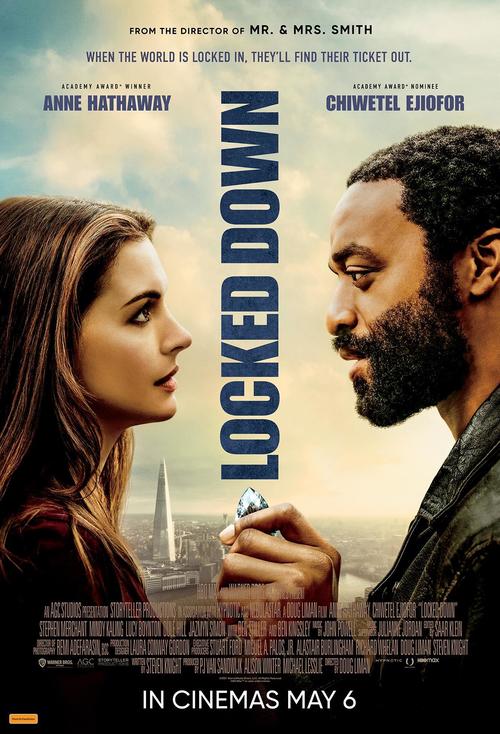 It’s clear that Locked Down didn’t have much to say about the pandemic.

Locked Down (2021) Review By Mark McPherson 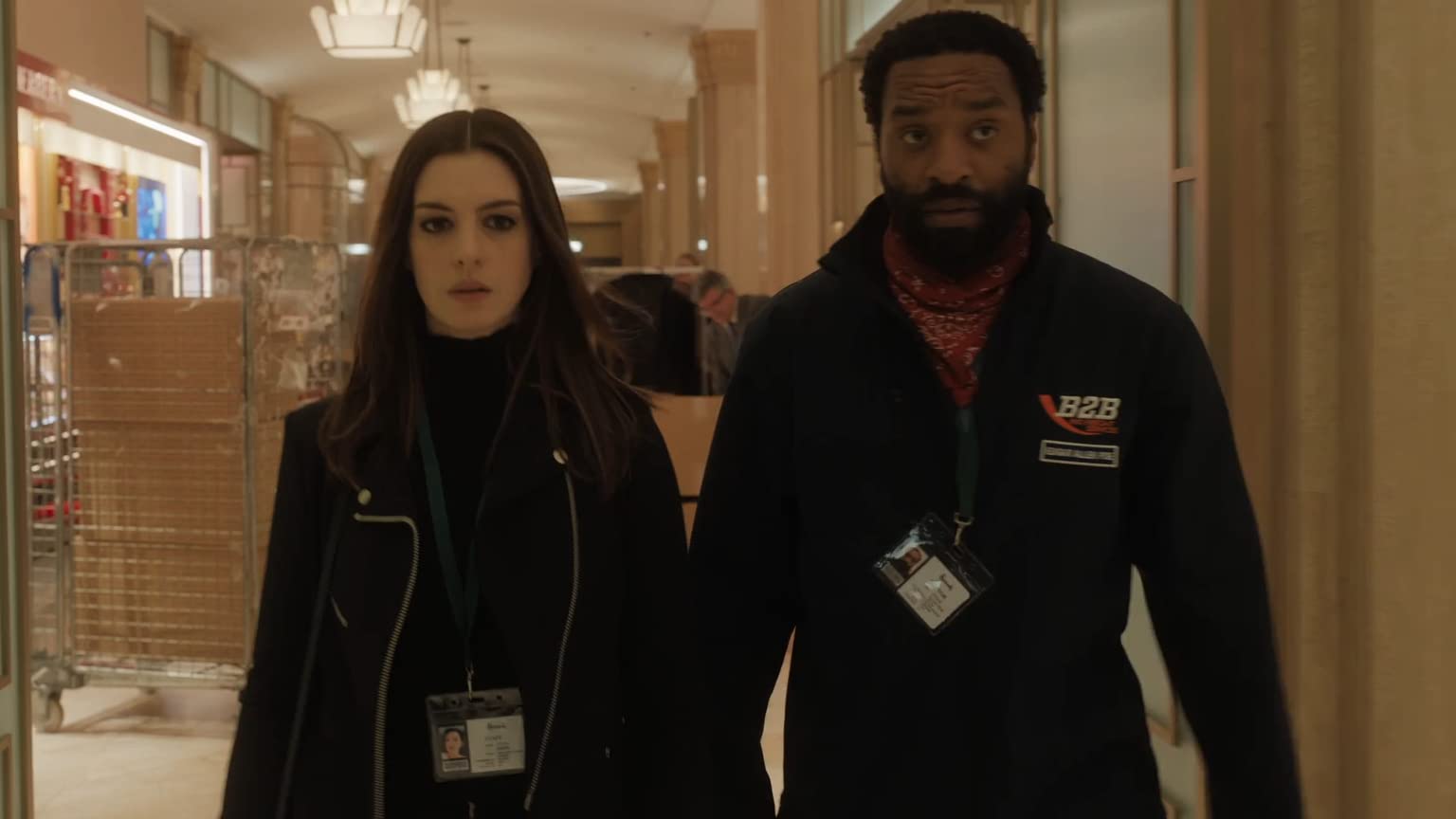 It’s perhaps too soon to declare a film like Locked Down as too soon if that makes any sense. It’s a Covid-19 pandemic crime picture which, let’s face it, we were going to get one of these eventually. Might as well rip the bandaid off early to avoid the rush of any other filmmakers jumping to make this a new subgenre of Covid thrillers. Released early in 2021, when cases and deaths were soaring to the highest heights in America, Locked Down was certainly timely in its delivery but that’s perhaps the only major thing of value that can be said about the film.

Set in London, during the worst parts of lockdown amid 2020, a couple of Linda (Anne Hathaway) and Paxton (Chiwetel Ejiofor) are on the verge of destroying their relationship. While Linda works mostly remotely for a prestigious jewelry store, Paxton loses his job and finds himself faking identities to get a gig as a driver. Both of them are feeling the pangs of the pandemic, as Linda struggles to fire families who can’t make ends meet and Paxton makes the tough call of selling his motorcycle. Linda turns to day drinking and Paxton finds himself more bitter at the world. It’s a highly relatable situation.

To shake things up when things become tough, Linda orchestrates a heist of her company’s jewelry stock that’s being transferred to New York. With all the tight security and concealment of masks, it’s the perfect time to swipe some jewels. The problem with this part of the film is that the heist act is played up straight enough to be a pleasing ending and less cathartic in the current situation. All the cares and concerns seem to dissipate so long as our two leads can steal those valuables and mend their relationship.

The relationship is perhaps the strongest element of the picture. Linda’s anxiety over watching her employees crumble and drinking her problems away is sad enough to be a familiar pit that many have fallen into as they struggle to cope with so many people left to drown amid a capitalist system that will not aid a workforce during their most dire times. Paxton’s frustrations are notable for highlighting the pressures of unemployment, the heartbreaking of selling off your prized possessions, and the bitter racism that accompanies the hiring process and forces a black man to be somebody else. Had the film just been about the relationship, there could have been a capable enough drama present, especially with how the ultimate act of kindness comes when Linda buys back Paxton’s bike to make him feel more alive.

But then we get to the heist and a lot of that humanity seems to evaporate from the caper. Linda and Paxton only briefly address the issues of the rich having too much power when another employee catches them in the act and they make a case for why they should make off with the jewels. The employee agrees with their stance but not for any monetary gain but because he wants to stick it to the system. That’s great and all but most people getting fired don’t have that luxury and this makes the alliance feel...strange. I mean, yeah, eating the rich is a big deal but that aspect is treated like a punchline here and less of the thematic core.

It’s especially troubling that a film like this has such a happy ending, where Linda and Paxton make off with the money and get to spend fun weekends at home together, rarely caring about the economic hardships they face. The only difference between the beginning and the end of the film that causes this shift in mood is the money and there’s something very troubling about a film that takes such a grueling topic and grinds it down into a simplistic heist plot. It’s clear that Locked Down didn’t have much to say about the pandemic and makes one question why it wanted to say anything about it at all. You’ll have to squint and turn your head if you want any of that third act to resonate.